In Memory Of Gerald “Lee” Riley 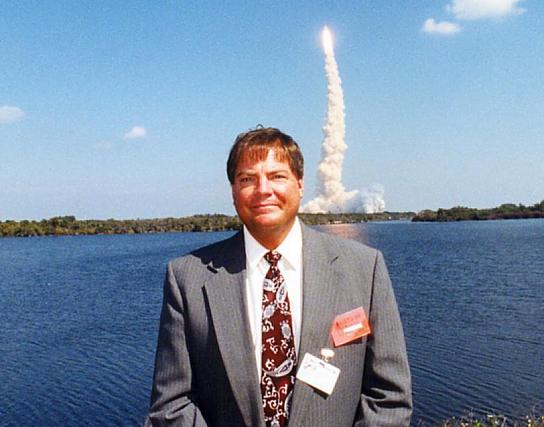 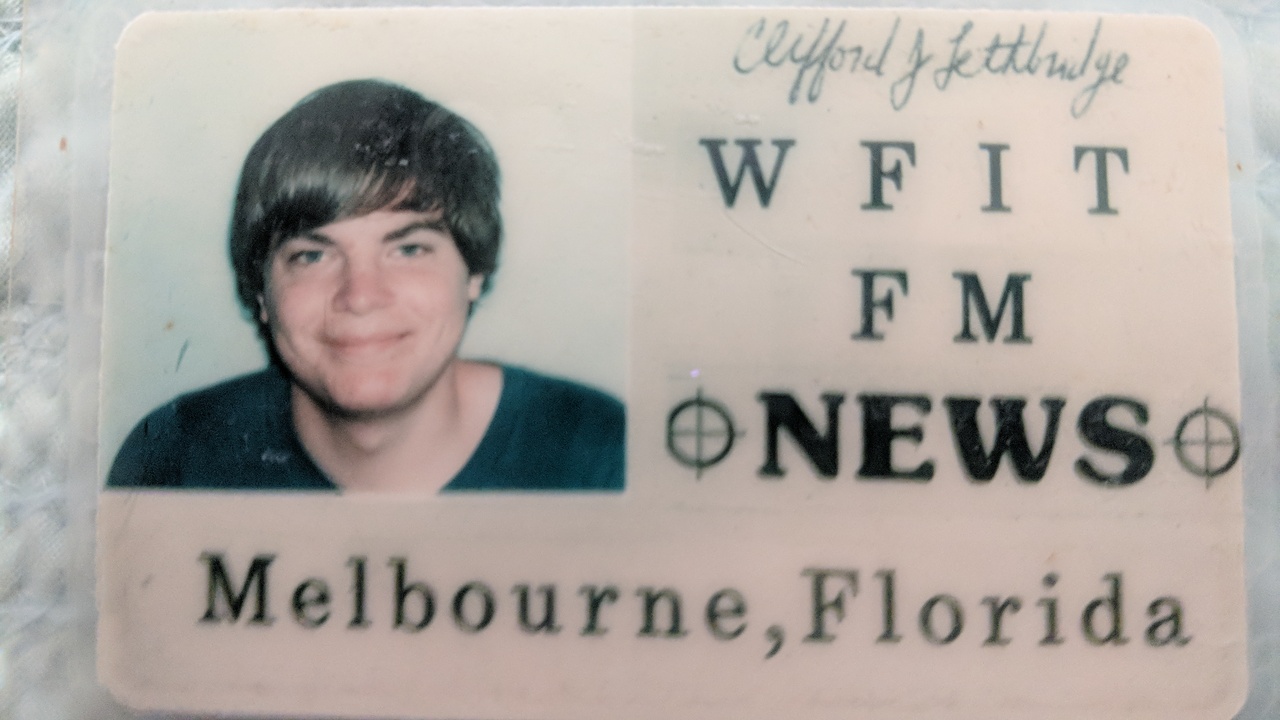 Spaceline, Inc. was founded in 1996 by veteran space journalist Cliff Lethbridge. The initial goal of the company was to provide a telephone hotline which would allow Cape Canaveral area residents and visitors access to free, up-to-date information on Space Shuttle missions and rocket launches. But the vision quickly grew….

Cliff Lethbridge has been an accredited journalist at Cape Canaveral and the Kennedy Space Center since 1979, having started covering events there at age 18. “I was appointed News Director of WFIT-FM, the campus radio station of the Florida Institute of Technology,” said Lethbridge. “In that position, covering the Cape was a natural.”

A native of Wantage Township in rural Sussex County, New Jersey, Lethbridge had moved to Melbourne, Florida to attend college. Melbourne is located about 20 miles south of Cape Canaveral. It was in his early college career that he was unexpectedly bitten by two “bugs” – the “broadcasting bug” and the “space bug”.

“I was born at 12:00 noon on January 31, 1961 literally at the same time the Mercury monkey Ham was making his historic flight from the Cape. I grew up with the early NASA manned space flight program, but I honestly had no desire to pursue either a career as a broadcaster or a space journalist. That all happened more or less by accident,” Lethbridge explained.

Although his career began as an unintended twist of fate, Lethbridge has in the past four decades logged untold hours on the Cape, and among other things remains one of only a handful of journalists who covered the Space Shuttle program from its beginning to end.

“Broadcasting the first Space Shuttle launch live at the Kennedy Space Center Press Site was a real thrill, especially because I was so young. From the moment of that launch onward I decided that I never wanted to watch a launch on television. I pledged that if I could be there in person, I would be,” said Lethbridge.

And, be there in person, he has been. Pursuing a number of Cape-local jobs in the broadcasting business after graduating college in 1984, Lethbridge has always made sure that his schedule allowed time to cover all of the Space Shuttle launches and as many rocket launches as possible.

However, www.spaceline.org grew not from his career as a space journalist, but from something quite different. “In 1993, I saw a story on a local cable television station about the Air Force Space and Missile Museum on Cape Canaveral. I never knew it existed, and decided to pay a visit, which I did a few weeks later,” said Lethbridge.

“An extremely capable and personable volunteer Museum Director named Ernie Malnassy told me the Museum needed volunteers to give tours. But he also said that since I was a journalist, the Museum could use my research and writing abilities as well. I fell instantly in love with this place and the history it was preserving, and I was hooked.”

“Almost immediately after I became a Museum volunteer, I was approached by the Museum leadership about writing a book about Cape Canaveral. I realized there was a lot about the Cape I didn’t know, so I started reading as much material as I could find and began talking to fellow Museum volunteers, many of whom are retired Cape workers,” said Lethbridge.

“I also began writing, and I mean a lot of writing. Within a couple of years it was clear that I had produced such a large volume of work that it couldn’t possibly be published in book form, although the Museum did publish a small book I wrote about Explorer I for the 40th anniversary of that launch.” Some of Lethbridge’s research was also showcased in the book “Cape Canaveral – 500 Years of History, 50 Years of Rocketry”, published by Space Coast Cover Service in July, 2000 to honor the 50th anniversary of the first rocket launch from the Cape. His most recent book, “Rockets and Missiles of Cape Canaveral”, was published in 2017.

But by and large, Lethbridge was left with a huge body of knowledge and writing and no place for it to go. But, the Internet provided the opportunity he was looking for. He remarked, “I bought my first decent computer in 1995 and I quickly discovered that there was next to nothing about the history of Cape Canaveral on the Internet. I decided to bite the bullet and create a Cape history site of my own.”

Lethbridge added, “I receive a constant flow of e-mails, which is great. I most enjoy answering questions from students and teachers, but I also enjoy hearing from Cape veterans all across the country that keep me on my toes regarding the facts I’ve presented. It’s great to see the interest that’s obviously out there.”

“I’m trying to touch the areas that aren’t well covered elsewhere, like having fact sheets on all of the different rocket and missile programs launched from the Cape. I was amazed at how many there are, and putting that stuff together was a real challenge.”

The website is here to stay, and should always be considered a work in progress as Lethbridge continues to edit his work and write new features. “I hope it will be one-stop shopping eventually, when I am able to add links to other great websites and be even more aggressive about covering current events at the Cape,” he said.

It’s been great working with Cliff to help create and maintain this website, and for both of us, I bid you, “Enjoy!”