Launch Complex 49 is a proposed but yet unbuilt launch facility which would be located at the extreme northern end of the Kennedy Space Center north of Launch Pad 39B. With the exception of being included on a “notional” map of the area, not much is known about the site or its purpose, or exactly what types of vehicles would be launched there. It will apparently consist of a large rectangular flat pad but site plans or artist conceptions of the facility are not yet available. 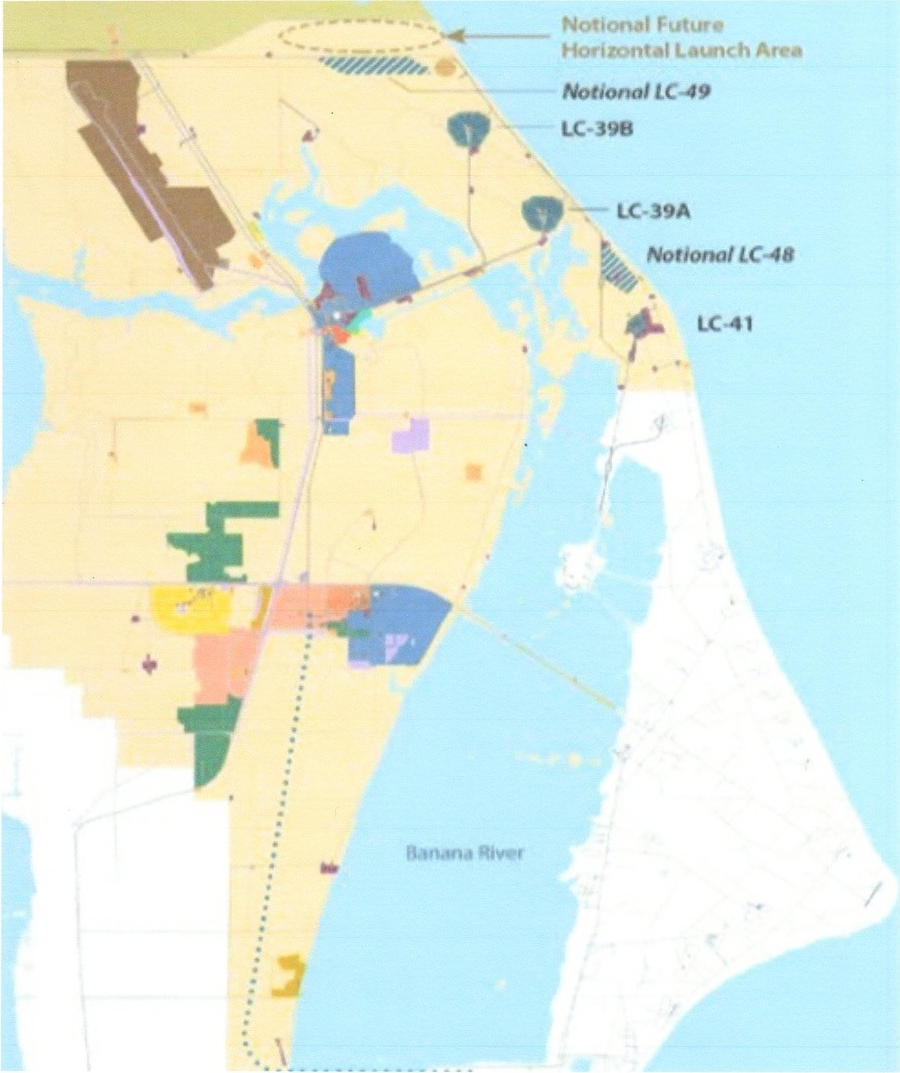 Map Including Launch Complex 49 Circa 2020