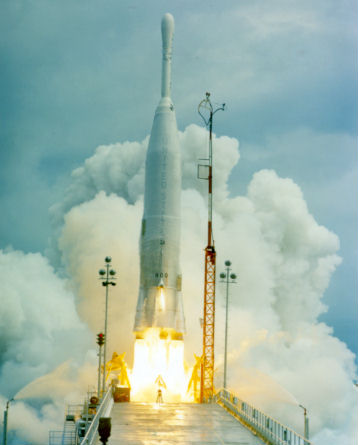 The Atlas-Able was a four-stage rocket employing the Atlas D missile as its first stage. The vehicle used Able upper stages which were adapted from the Vanguard rocket program. The second stage was an Aerojet engine with a 7,500-pound thrust. The third stage was an Altair engine with a thrust of 3,000 pounds. A fourth stage injection motor was attached to the payload, and provided a thrust of about 450 pounds. The Atlas-Able was designed to carry a 1,500-pound payload to low-Earth orbit, a 500-pound payload to lunar impact or a 300-pound payload to Earth-escape trajectory. The short-lived Atlas-Able was retired in 1960 after it was used in three unsuccessful attempts to send Pioneer spacecraft to the Moon.