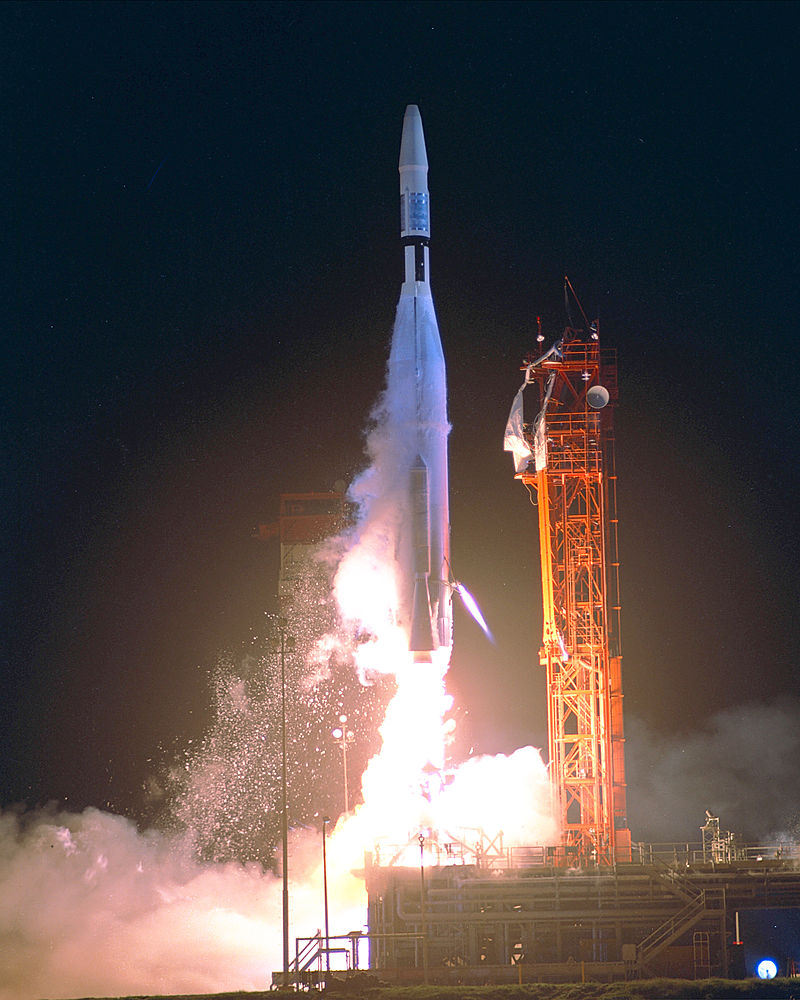 Using the Atlas E or Atlas F missile as a first stage, the Atlas-Agena B featured an improved version of the Agena A as second stage. The Agena B was 23 feet, 7 inches long and 4 feet, 11 inches wide. It employed one Bell engine capable of producing a thrust of 16,000 pounds. Both the Model 8081 and Model 8096 versions of the Agena B engine burned IRFNA/UDMH liquid fuel. The Agena B was the first Agena to have multiple re-start capability, which added great versatility to its satellite applications. The entire vehicle was designed to carry a 5,780-pound payload to low-Earth orbit, a 750-pound payload to Earth-escape trajectory or a 450-pound payload to a Mars or Venus trajectory.