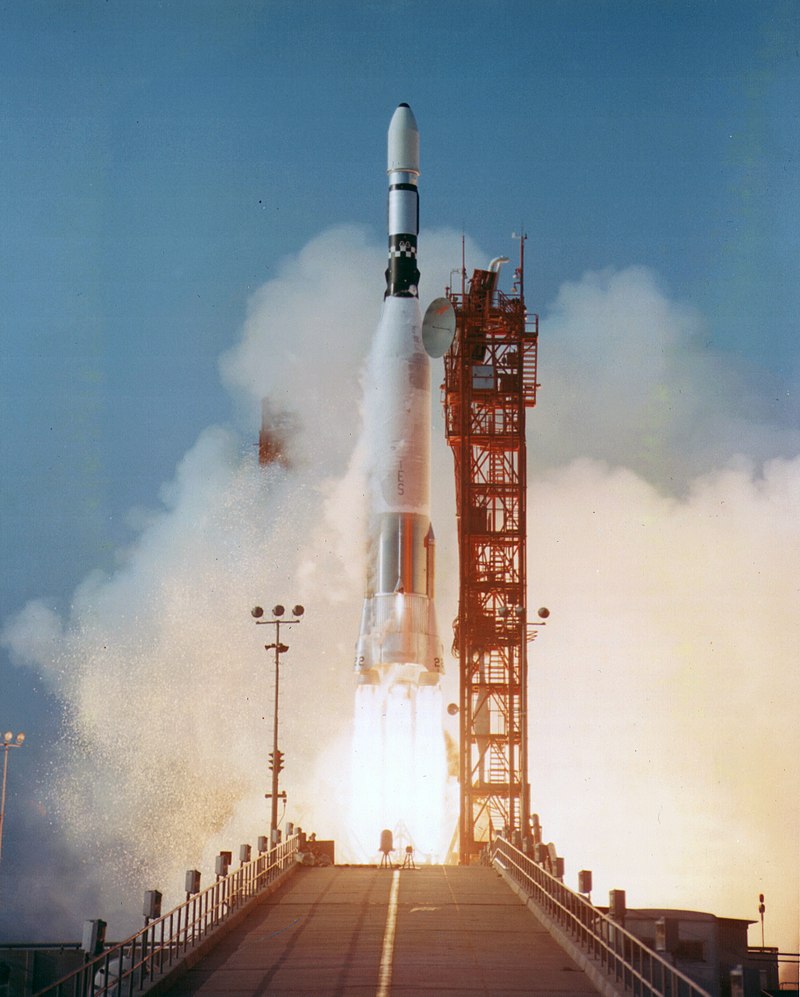 With either an Atlas E or Atlas F missile as a first stage, the Atlas-Agena D featured an improved version of the Agena second stage. The Agena D was derived directly from the Agena B, with specific modifications made to accommodate a greater variety of payloads. Most notably, the Agena D was used as a target vehicle for manned Gemini rendezvous and docking missions. The same size as the Agena B, the Agena D was powered by a multiple re-start Bell engine. The engine burned nitrogen tetroxide/UDMH liquid fuel and could produce 16,000 pounds of thrust. The total vehicle was designed to carry a 5,980-pound payload to low-Earth orbit, an 850-pound payload to Earth-escape trajectory or a 550-pound payload to a Mars or Venus trajectory.