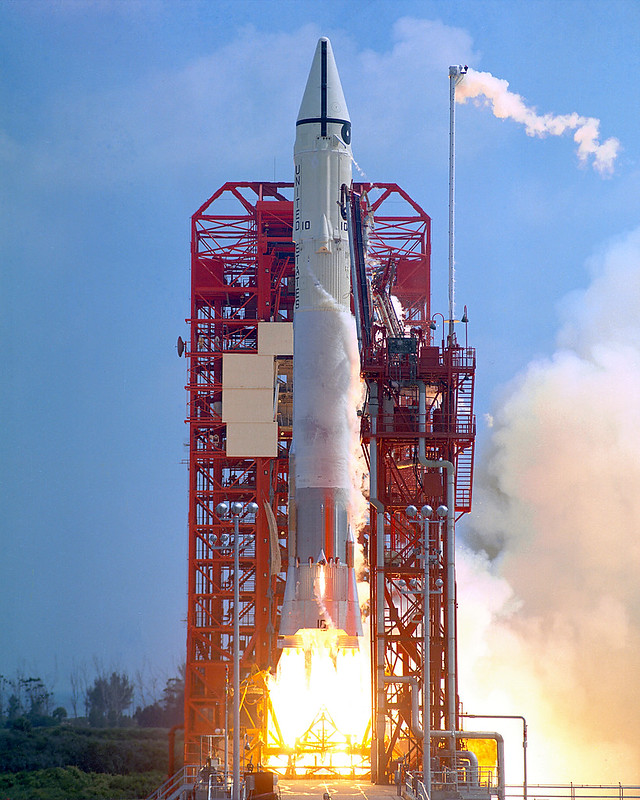 Introduced in 1966, this improved version of the 1962 Atlas-Centaur featured upgraded Atlas boosters and an improved Centaur second stage to enhance overall vehicle performance. By this time, it was clear that the operational Atlas missile would soon be eclipsed in the field by more advanced ICBM programs like Titan and Minuteman. It was also clear that the reliable core vehicle which made up the Atlas ICBM could be refined to fulfill a continuing role as a space launch vehicle even if Atlas missiles were withdrawn from service. The Atlas-Centaur, as a result, began to develop a life of its own which was no longer directly tied to the Atlas ICBM. For this reason, the 1966 Atlas-Centaur was not simply an Atlas missile with a mated second stage. It was a similar, but independent, class of vehicle. The new Atlas-Centaur employed two Rocketdyne booster engines with a total thrust of 370,000 pounds. A single Rocketdyne sustainer engine and two Rocketdyne vernier engines provided an additional 61,300 pounds of thrust at liftoff. An upgraded Centaur second stage, initially designated Centaur D, employed two Pratt and Whitney engines which could produce a combined thrust of 30,000 pounds. Prior to the next major restructuring of the Atlas-Centaur program in the 1980’s, this same basic version of the Atlas-Centaur remained in service, eventually using improved Centaur second stages designated Centaur D1A and Centaur D1AR.