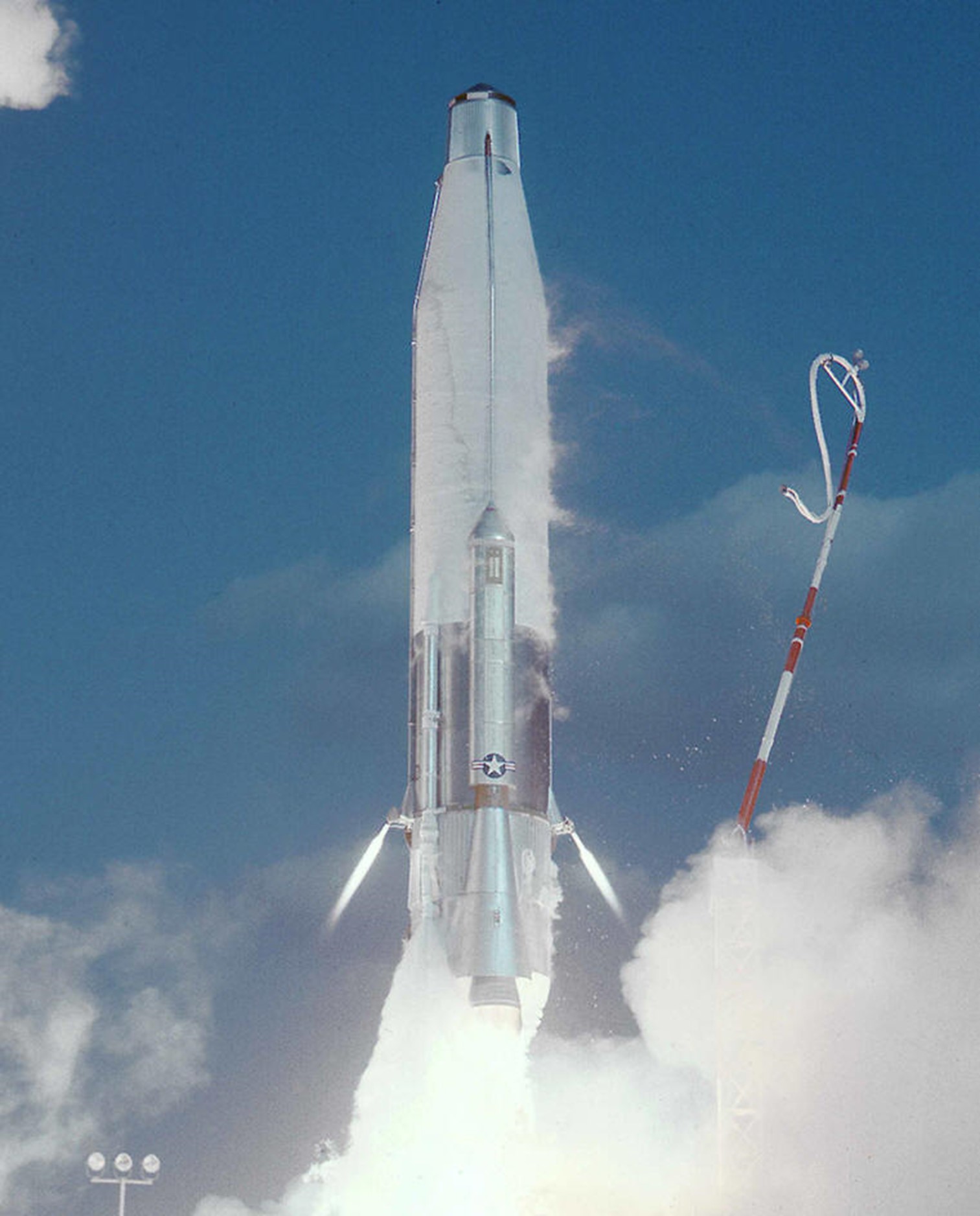 The Atlas D was initially a prototype of the operational Atlas ICBM. Designed for testing of all Atlas operating systems, the Atlas D was eventually placed on active service as the first U.S. ICBM. In point of fact, the U.S. Air Force had begun construction of operational Atlas launch sites before Atlas D test flights were even underway. This was primarily due to a perception among U.S. military leaders that a serious “missile gap” existed between the U.S. and the Soviet Union. Much stock, so to speak, was placed in the Atlas program from its acceptance. Out of necessity, a decision had been made to prepare for activation of the Atlas ICBM fleet even before the missile had proven itself in flight tests. Construction of launch facilities was underway at the same time flight tests were being conducted to hasten the speed at which the ICBM could be deployed in an operational mode.

The Atlas D was nearly identical to the Atlas C, although the two booster engines were uprated to provide a combined thrust of 367,000 pounds at liftoff, compared to 330,000 pounds for the Atlas C. The thrust of the sustainer engine and vernier engines remained the same. Test-flight profiles for the Atlas D were designed specifically to simulate operational conditions of a deployed and activated ICBM. The first Atlas D was launched from Cape Canaveral on April 14, 1959. This was followed by Atlas D launches on May 18, 1959 and June 6, 1959. All three of these missiles exploded less than three minutes into their flights. The fourth Atlas D launched from the Cape completed a successful test flight on July 28, 1959. The Atlas D was declared operational on September 9, 1959. Initial deployment of the Atlas ICBM fleet occurred at Vandenberg Air Force Base, California, Offutt Air Force Base, Nebraska and Warren Air Force Base, Wyoming.

The first operational Atlas D missiles were intended to be launched from a vertical storage position on surface-level gantry-serviced launch pads. But to increase safety and security, facilities were modified to allow the Atlas D to be stored horizontally in a concrete surface bunker. The missile could be raised then fueled for a quick launch, which could typically be accomplished in as little as 15 minutes. Proving itself to be a reliable and versatile launch vehicle, the Atlas D missile became the core booster for Atlas space launch vehicles which would follow. In general terms, Atlas D-based space launch vehicles were classified as Space Launch Vehicle-3 (SLV-3). However, they have historically been better known by the Atlas name in combination with the name of associated upper stages or mission assignments. These variants include the Atlas-Able, Atlas-Agena A, Atlas-Centaur A, Atlas-Centaur B, Atlas-Centaur C and Mercury-Atlas.