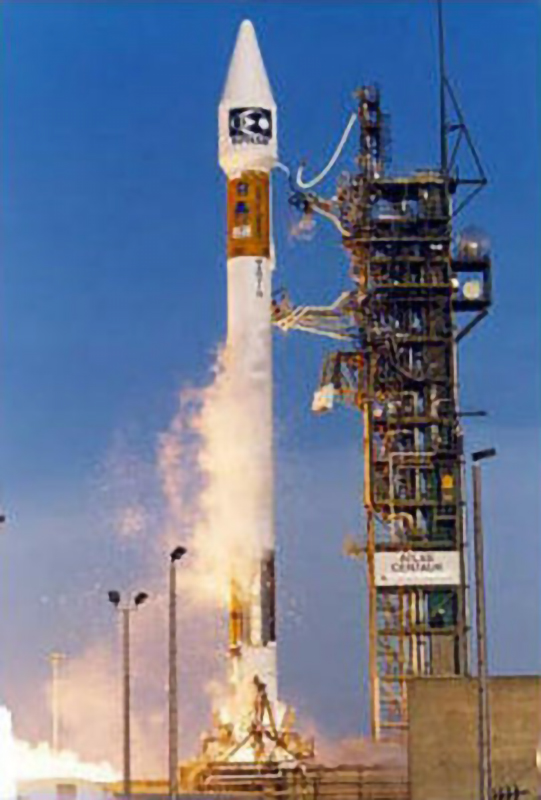 In November, 1995 Lockheed-Martin approved plans for a new space launch vehicle called the Atlas IIAR-Centaur. The vehicle design called for some revolutionary innovations for the Atlas program. The one and one-half stage booster/sustainer engine configuration, a trademark of the Atlas for over 40 years, would be replaced by a single stage booster design to make the rocket more efficient and cost-effective. A follow-up Atlas IIAR-Centaur decision announced by Lockheed-Martin in January, 1996 would confound Atlas missilemen of a bygone era, who sought to validate the Atlas missile as a possible means of laying waste to the former Soviet Union. The company decided that first stage propulsion for the Atlas IIAR-Centaur would be provided by a Russian RD-180 engine, a two-chamber version of the four-chamber RD-170 engine built by NPO Energomash of Russia. The Atlas IIAR-Centaur was renamed Atlas III-Centaur in April, 1998. Two variants emerged – the Atlas IIIA-Centaur and the Atlas IIIB-Centaur. Of these, the Atlas IIIA-Centaur was the first to be introduced and launched from Cape Canaveral.