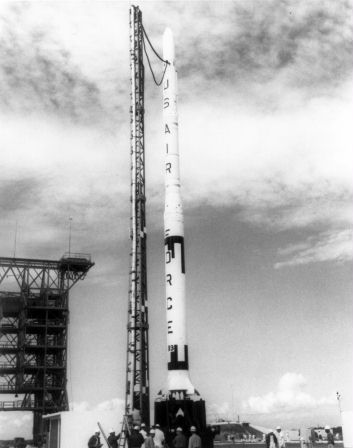 In 1960, the NASA Scout was modified in support of U.S. Air Force activities. The Blue Scout I, carrying a numerical designation of XRM-89, was the first military version of the Scout rocket. In all other respects identical to the NASA Scout, the Blue Scout I eliminated the Altair fourth stage. Removal of the fourth stage left room to accommodate a larger and heavier payload than could have been carried otherwise. As a three-stage launcher, the Blue Scout I was able to carry a 400-pound payload into low-Earth orbit.