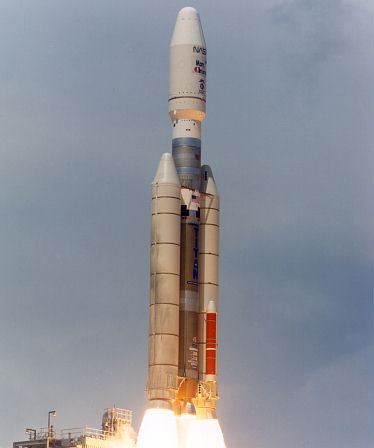 The Commercial Titan III could incorporate several different third stages depending upon the individual requirements for each customer and payload application. Third stages available to be flown on the Commercial Titan III included the Inertial Upper Stage (IUS), Centaur G-Prime, Transfer Orbit Stage (TOS), Payload Assist Module (PAM) and Expendable Shuttle Compatible Orbit Transfer System (ESCOTS). Additional flexibility for customers included the ability of the Commercial Titan III to carry up to two payloads at the same time. In the dual payload mode, the payload fairing separated into halves at about four and one-half minutes into the flight. The first payload was deployed about one hour into the flight, while the second payload was deployed about two and one-half hours into the flight.