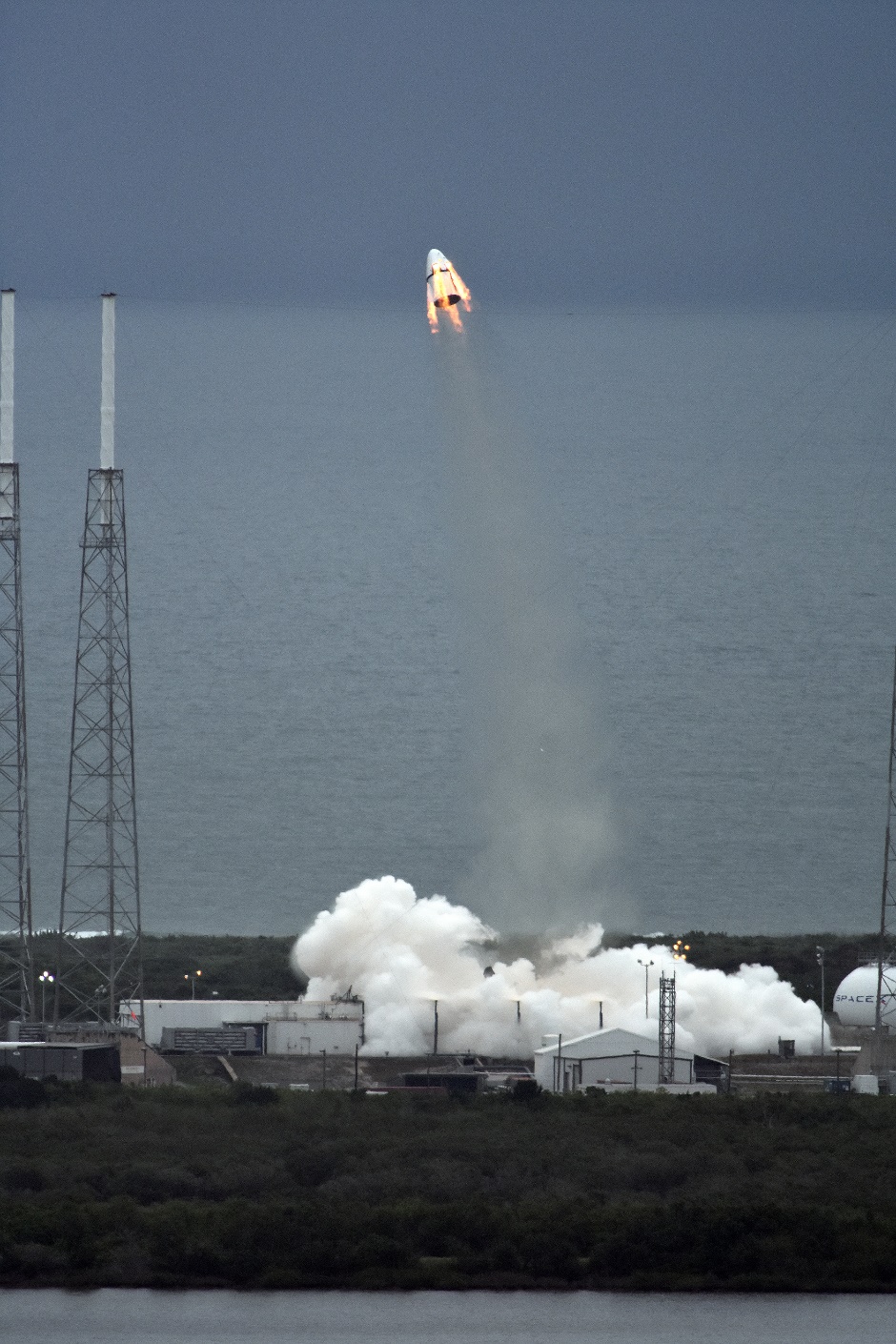 In the test flight, the eight Super Draco engines were ground lit simultaneously and reached maximum thrust in a matter of seconds, propelling the spacecraft off the launch pad. After a half second of vertical flight, the spacecraft pitched toward the ocean. The Crew Dragon traveled from 0 to 100 m.p.h. in 1.2 seconds, eventually reaching a maximum velocity of 345 m.p.h. The abort burn was terminated once all fuel was consumed, then the spacecraft coasted to its highest point. The trunk of the spacecraft was then jettisoned and Crew Dragon began a slow rotation with its heat shield reoriented toward the ground. Small drogue parachutes were deployed following trunk separation. Once the drogue parachutes stabilized the spacecraft, three main parachutes were deployed to further slow the spacecraft before splashdown. Less than two minutes after ignition, Crew Dragon splashed down just downrange of the launch pad. While this test was unmanned, Crew Dragon carried a dummy equipped with a number of sensors. Sensors indicated that had astronauts been aboard, they would have been fine.