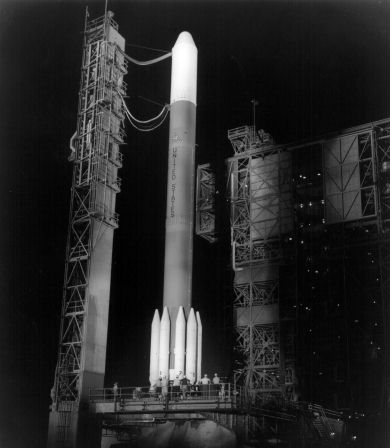 The Delta 2000 Series launch vehicle incorporated several major improvements to earlier Delta rockets. The same Castor solid rocket boosters used in the Delta 900 and 1000 Series vehicles were employed in the Delta 2000 Series. The first and second stages, however, were completely upgraded. A more powerful Rocketdyne first stage engine, adapted from the H-1 Saturn I and Saturn IB first stage engines, could produce a thrust of 205,000 pounds at liftoff. A TRW second stage engine, adapted from the Apollo Lunar Module, provided 9,400 pounds of thrust. The second stage engine was fed by Aerozine-50/nitrogen tetroxide liquid fuel. Capable of carrying a maximum 4,400-pound payload to low-Earth orbit or a 1,593-pound payload to geostationary transfer orbit, Delta 2000 Series vehicles could be delivered in a variety of configurations to meet specific needs.

Options included two or three stages, as well as three, four, six or nine solid rocket boosters. The Delta 2000 Series was, at the time, regarded by NASA as the last generation Delta that would be necessary to meet existing needs. However, the Delta continued to evolve as commercial satellite manufacturers needed a launch vehicle capable of carrying payloads too heavy for the Delta 2000 Series but not heavy enough to justify the use of an Atlas-Centaur. Certainly, incorporating modifications to the existing Delta family would fill this gap in payload capability much more efficiently than creating an entirely new class of launch vehicle.