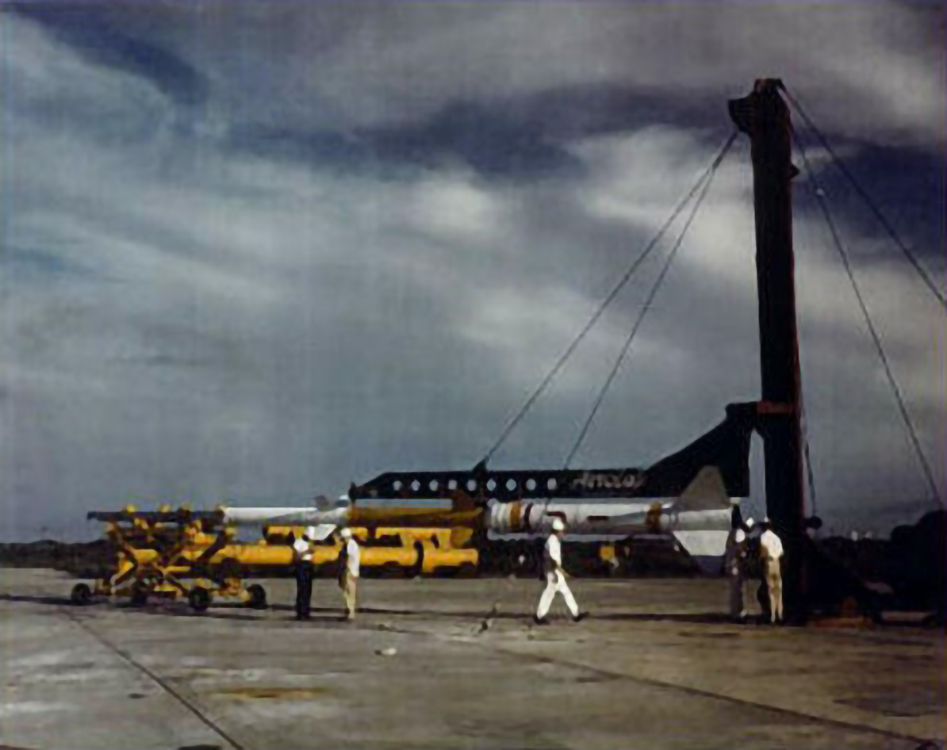 Jason was a 5-stage solid-fueled rocket. It was comprised of an Honest John first stage, a Nike second stage, a Nike third stage, a Recruit fourth stage and a T-55 fifth stage. The rocket weighed 7,340 pounds and could produce a liftoff thrust of 82,100 pounds. Used in suborbital applications only, the Jason rocket was capable of carrying a 125-pound payload to a maximum altitude of 500 miles. All of the Jason launches from Cape Canaveral were in support of Project Argus, a series of high altitude nuclear detonations. Jason rockets carried a payload which could measure levels of radiation trapped in the upper atmosphere as a result of these detonations.