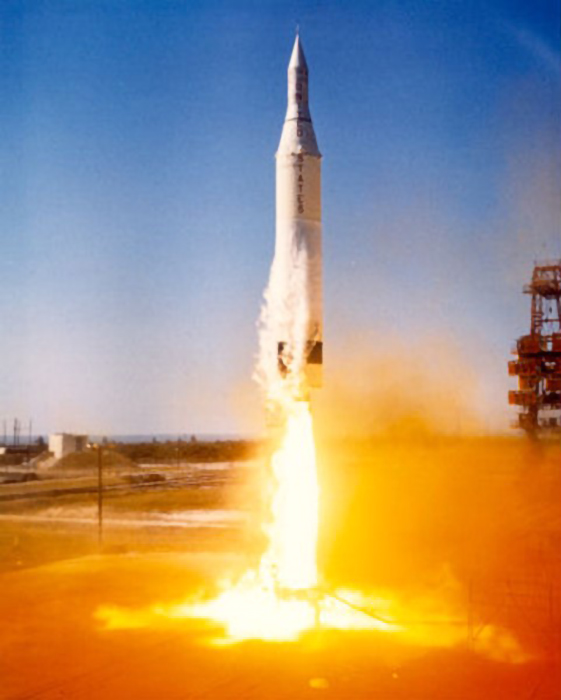 A marriage of the Jupiter IRBM as first stage and Juno I upper stages, the Juno II was able to carry a 100-pound payload to low-Earth orbit. A Rocketdyne first stage engine burned liquid oxygen/RP-1 (kerosene) liquid fuel and could produce a thrust of 150,000 pounds at liftoff. The second, third and fourth stage configuration was identical to that of the Juno I. Like the Juno I, the heavily clustered second and third stages were covered by a rotating “tub” to provide balance and stability. This “tub” was not visible on the Juno II, however, since an outer fairing was incorporated to improve aerodynamics and safety. The Juno name was also applied to the next generation of space launch vehicles designed by the Army Ballistic Missile Agency (ABMA), including a proposed Juno V super booster. The Juno program was eventually transferred to NASA and renamed Saturn. In a very real sense, the pioneering work of the ABMA, culminating in the successful use of Juno I and Juno II space launch vehicles, led directly to the development of the rockets which would carry men to the Moon.