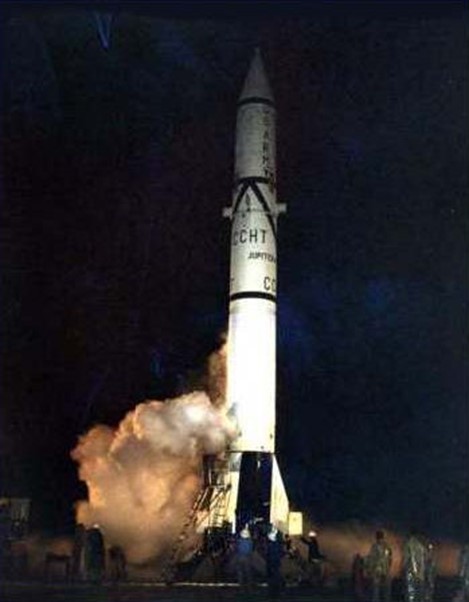 The Jupiter A was the first adaptation of the Redstone MRBM used for testing certain components which would be incorporated into the Jupiter IRBM. Although it could correctly be classified as a Redstone, the Army Ballistic Missile Agency (ABMA) named the vehicle Jupiter A to more closely associate it with its Jupiter missile development program. This was primarily due to increasing competition for launch dates at Cape Canaveral. Out of necessity, certain programs were given priority over others when launch dates were selected. For a time, nearly the highest priority was given to Jupiter-related test flights. For this reason, the name Jupiter A more precisely identified the purpose of the vehicle, and guaranteed a much higher scheduling priority than an ordinary Redstone might have received. With the exception of its name, the Jupiter A was identical to the Redstone MRBM. In fact, Jupiter A flights served an important dual purpose. In addition to serving as a test vehicle for Jupiter missile hardware, Jupiter A flights yielded valuable information on Redstone missile performance. At the time, Redstone was still in the development stage and had yet to be deployed.