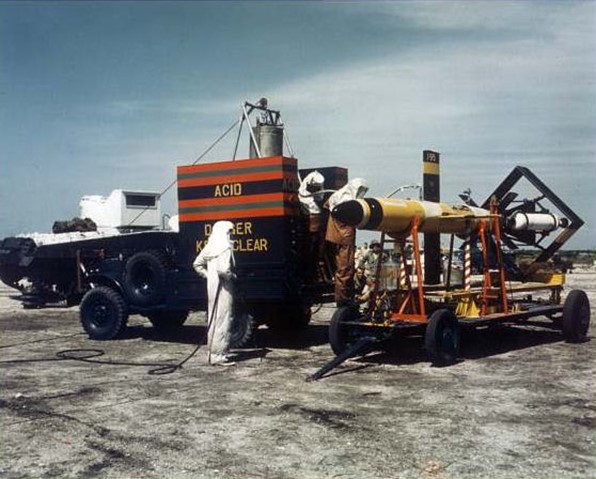 Lark missile development began in 1944 by the U.S. Navy. The missile was designed to be launched from ships against Japanese Kamikaze aircraft. Development contracts were assigned to Fairchild and Consolidated Vultee Aircraft. Flight tests of the missile were not begun until 1946, a year after the close of World War II. Although it was an effective anti-aircraft missile, the Lark program was canceled in 1950. Surplus Lark missiles were launched from Cape Canaveral, primarily for troop training in missile handling and to test components for more advanced missile programs. Lark missiles were launched and flown employing a booster and sustainer engine. A solid-fueled rocket provided liftoff thrust while a Reaction Motors liquid-fueled sustainer engine provided flight power. Each Lark missile carried a 100-pound high explosive charge, which was detonated by proximity fuse.