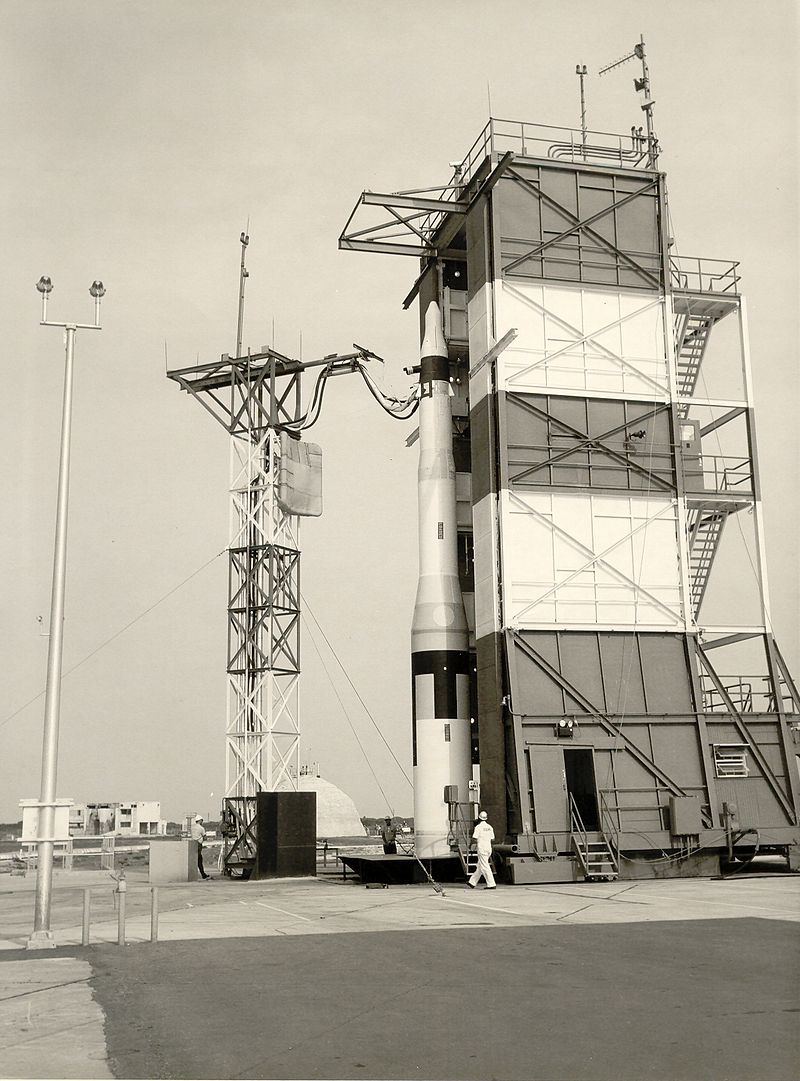 Diameter of Both: 6 feet, 4 inches

The Minuteman ICBM resulted from studies which began in 1956. At the time, the U.S. Air Force sought to determine the feasibility of deploying a land-based, solid-fueled IRBM. While development work on the U.S. Air Force Thor IRBM and U.S. Army Jupiter IRBM was already well underway, these were both liquid-fueled missiles which were considered to require high-maintenance. A solid-fueled missile could remain stored for long periods of time, requiring little maintenance and no fueling prior to launch. It could also be safely housed in underground silos, providing a dramatic tactical advantage over the surface-based Thor and Jupiter. The solid-fueled IRBM originated as Project Q, then Weapons System 133 (WS-133) and finally SM-80, dubbed Minuteman after the Revolutionary War soldier who could be ready to fire a shot in less than a minute.

A proposal for the Minuteman missile was accepted by the U.S. Air Force from Boeing in 1958. Since a three-stage version of this missile could achieve a range in excess of 6,000 miles, the Minuteman was subsequently reclassified as an ICBM. While proposals existed for creating MRBM and IRBM versions of the Minuteman by mixing and matching the first, second and third stages, these were never actually produced. The Minuteman provided the U.S. Air Force with a smaller, less expensive ICBM which was much less labor-intensive than its liquid-fueled counterparts and could be launched quickly at the push of a button.

The first generation of the Minuteman was deployed under the LGM-30A designation, with an improved version designated LGM-30B. These missiles are more commonly referred to as the Minuteman I. The Minuteman I first stage employed a Thiokol engine which burned PBAA polymer binder, AP oxidant and aluminum powder. The first stage engine could produce a thrust of 200,000 pounds at liftoff. An Aerojet-General second stage engine burned PU/AP fuel and provided a 60,000-pound thrust. A Hercules third stage engine burned Nc/Ng/AP fuel and produced a thrust of 35,000 pounds. All three stages were housed within a steel frame, although certain frame sections were later replaced with titanium. Each stage employed gimbaled exhaust nozzles. This marked the first time gimbaled exhaust nozzles were used on solid-fueled engines.

The Minuteman I was controlled by an Autonetics inertial guidance system. An advanced design in its day, the Autonetics system was the first to employ solid state technology, sub-miniature digital computer hardware and integrated circuit microelectronics. An Avco re-entry nosecone could carry a 1.3 megaton warhead. The Minuteman I was initially designed to be launched from a mobile railway system as well as underground silos. The railway option was abandoned prior to actual Minuteman I testing and deployment. Before the two Minuteman test silos were completed at Cape Canaveral, the missiles were launched from simplified facilities that could best be described as a “hole in the ground”. While not yet considered full silo-based launches, Minuteman I missiles launched under these early underground conditions did produce the characteristic “smoke ring” that became a Minuteman trademark during launches from silos.

The first full-silo Minuteman I launch from Cape Canaveral occurred in 1961. The missile blew up in the silo, creating one of the most memorable and spectacular failures in the history of the Cape. Minuteman I missiles were deployed in operational wings which occupied large expanses of land. Tactical rules dictated that launch control facilities be separated by at least 11 miles, with each silo separated by at least 4 miles. Each silo was 80 feet deep and 12 feet wide. The silos were lined with steel and accessible from two adjacent equipment rooms located 28 feet underground. Remarkably, the Minuteman I wings could remain largely unmanned. Just two officers located in distant firing rooms were responsible for each grouping of ten missile silos.