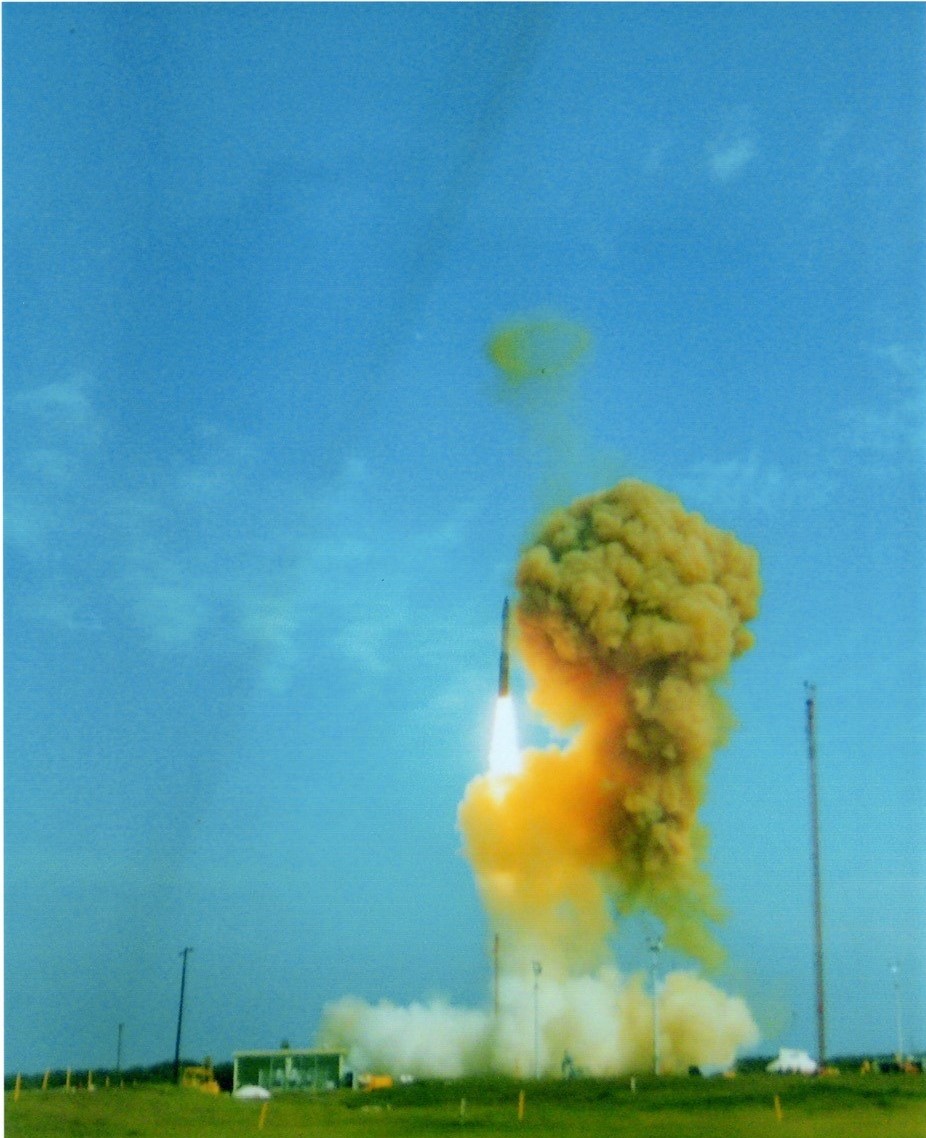 By February, 1969, all LGM-30A Minuteman I missiles had been withdrawn from service, leaving a 1,000-Minuteman force with a combination of LGM-30B Minuteman I and Minuteman II missiles. The first Minuteman III squadron was activated at Minot Air Force Base, North Dakota (Wing III) in December, 1970. Full force modernization of the Minuteman Wings had begun, and by July, 1975, all remaining LGM-30B Minuteman I missiles had been removed from service. The ultimate deployment was made up of a mixed fleet of Minuteman II and Minuteman III missiles deployed at all six operational wings. As per the original plans, 200 missiles each were deployed at Wings I and V, while 150 missiles each were deployed at Wings II, III, IV and VI, comprising a total force of 1,000. At its peak, the Minuteman fleet had a standing capability of delivering 2,100 warheads. In addition, a technical option was left open to carry satellites aboard Minuteman III silo-based missiles. Although this was never actually done, the U.S. Air Force proposed this option in case launch sites at Vandenberg Air Force Base, California or Cape Canaveral became disabled by acts of war.