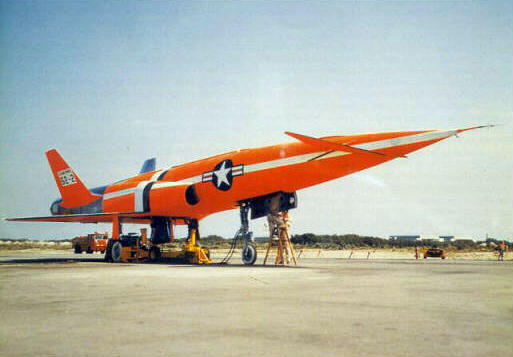 The Navaho program was born in 1947 as part of a plan to create an unmanned winged cruise missile which could fly a desired range of 5,500 miles. Considered the most advanced aircraft under design at the time, a contract for production and testing of Navaho missiles was granted to North American Aviation. The first version of the Navaho was designated the Navaho X-10. The X-10 series was produced to test the missile’s canard aerodynamics, flight control system, inertial guidance, advanced honeycomb structure plus new materials and equipment. The recoverable Navaho X-10 carried retractable landing gear, and was launched like a conventional aircraft. Navaho X-10 vehicles were launched from the skid strip at Cape Canaveral. Upon completing their test flights, the vehicles simply flew back for a landing. Following cancellation of the Navaho program, surplus X-10 vehicles were used as target drones during surface-to-air missile tests. The re-useable X-10 vehicles were, of course, not destroyed during these missions and returned for a landing as designed.