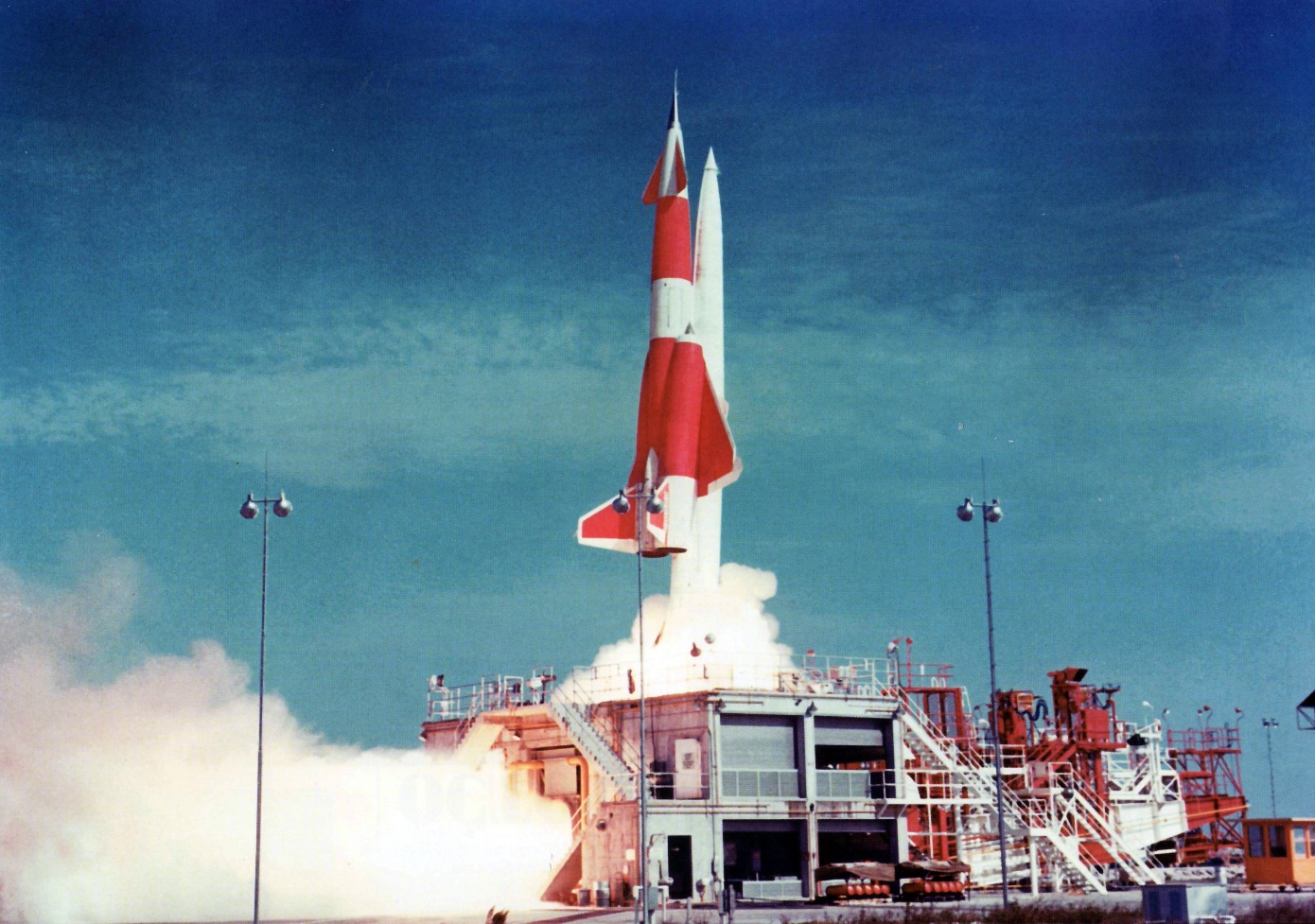 The production version of the Navaho missile was designated the Navaho XSM-64. It was comparable to an actual bomber, and could fly at a speed of 2,150 m.p.h. at a maximum altitude of 60,000 feet. Remarkably, the Navaho XSM-64 was heavier than the heaviest airliners flying at the time. It was launched at a 90-degree angle attached to a cylindrical booster. Three engines at the base of the booster were fed by liquid oxygen/RP-1 (kerosene) liquid fuel. These engines produced a combined 450,000-pound thrust at launch. After a vertical climb, the Navaho XSM-64 arched over. Twin on-board ramjets were ignited as the vehicle and booster package separated. The missile then flew on to its target. Designed to be re-used following non-lethal flights, Navaho XSM-64 vehicles also carried retractable landing gear and were able to return for a landing.

Although able to demonstrate innovative and ambitious technology, the Navaho program was cancelled in July, 1957. The cancellation was primarily due to advances in ICBM technology, which made the Navaho redundant and therefore unnecessary as a vehicle designed to hit targets over 6,000 miles away. Navaho test flights continued following the cancellation, although most of the Navaho XSM-64 test flights resulted in the accidental destruction of the vehicles. However, the Navaho series concluded with a successful test flight on November 18, 1958. Despite its short life, the Navaho remains an important vehicle in the history of the U.S. missile and space program. Navaho technology, including booster engines, cryogenic propellant, inertial guidance systems and other equipment was successfully adapted for use in other missile programs.

In fact, the pump-fed Navaho booster engine technology, itself adapted from the German V-2 missile, was directly applied to the Atlas, Redstone, Jupiter and Thor programs. Since these four missiles laid the foundation for generations of space launch vehicles which sent men to the Moon and continue to carry satellites into space, the Navaho missile deserves a special place of honor despite the fact it was never operationally deployed. The last Navaho XSM-64 missile known to exist was on permanent display outside the south entrance gate to Cape Canaveral Air Force Station, where it was moved in March, 1999 after undergoing an extensive refurbishing project sponsored by the Air Force Space and Missile Museum. Unfortunately, the vehicle was completely destroyed by recent hurricane activity at the Cape and was removed from its prominent display. Stored in bits and pieces for many years, this unique missile is set to be repaired and refurbished at some point in the future. 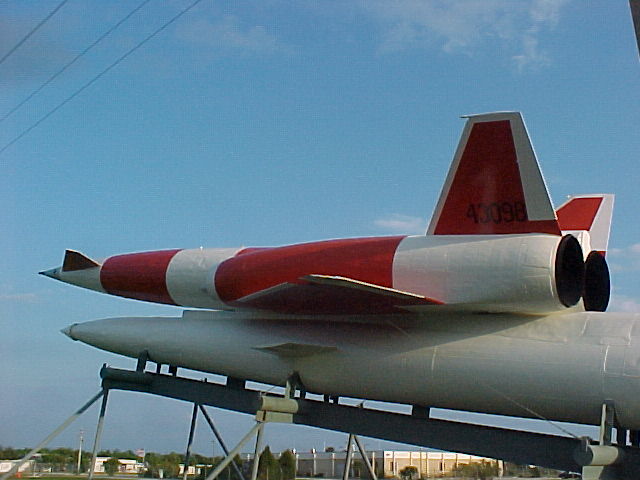