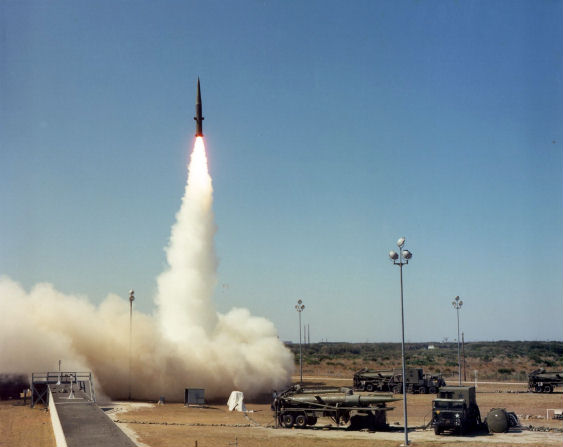 In 1967, production of the Pershing I was switched to the Pershing IA. The Pershing IA was essentially the same missile matched to a more streamlined set of support vehicles. The primary improvement was the inclusion of the missile and its warhead in the same vehicle. In addition, the Pershing IA and its support vehicles could be transported aboard U.S. Air Force C-130 aircraft, which improved the speed and efficiency of deployment. The Pershing IA remained unchanged until 1976, when European-based missiles were equipped with an Automatic Azimuth Reference System and Sequential Launch Adapter. These devices allowed one field commander to automatically launch three missiles in sequence. Launches could be conducted with only a brief delay, even from previously unsurveyed launch sites. Pershing IA production ceased in 1971 with the development of the vastly improved Pershing II.