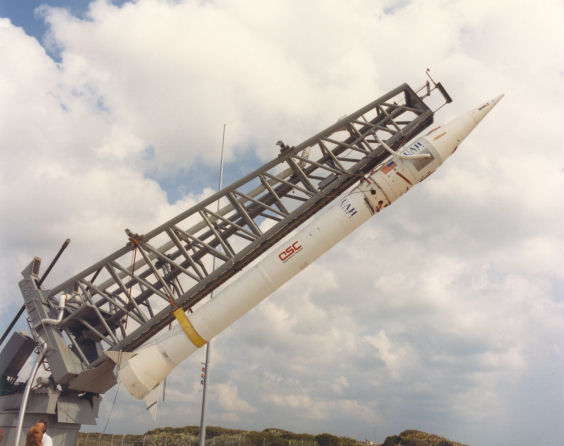 Prospector was a short-lived rocket program of Orbital Sciences Corporation. It was launched just once from Cape Canaveral, carrying the NASA Joust-1 science payload. The mission was intended to be high-altitude and suborbital. The mission was unsuccessful, with the rocket being destroyed by the Range Safety Officer after veering off course very early into its flight.