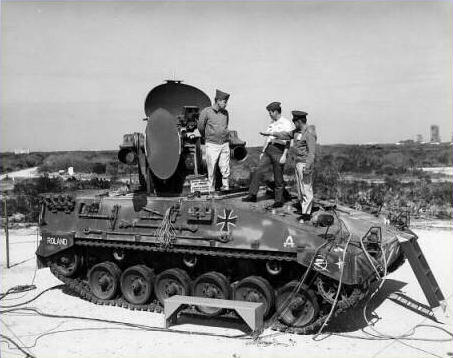 The Roland program originated in 1963 under two separate development programs undertaken in France and West Germany. Both studies sought to develop an effective missile that could be launched from an armored personnel carrier for the purpose of providing defense against a low-level enemy air attack. French studies were undertaken by Nord Aviation while the West German studies were undertaken by Bolkow. In 1964, the development studies of the two nations merged, and ultimately the missiles were manufactured by Euromissile, a company formed through the cooperation of French company Aerospatiale and West German company MBB. The Roland program, named after a legendary German folk hero, was initially designed for use in the French AMX-30 and West German Marder SPz tanks. However, the U.S. Army keenly developed an interest in the missile, which was suitable for deployment on M-109 tanks.

In all of these applications, Roland missiles were deployed on tanks equipped with a revolving turret outfitted with two launcher arms. Each launcher arm carried a Roland missile in a transportable tube. Inside the tank, four additional missiles were carried in each of two revolving magazines, making a total of ten missiles per tank. The tanks were equipped with radar, which allowed the tank commander to locate enemy aircraft. Once a target was pinpointed, the missile could be fired simply by pressing a foot pedal. Up to four missiles could be launched in one minute. Each missile employed a solid-fueled boost charge which could produce a thrust of 3,500 pounds. The boost charge, which burned out in under two seconds, could send the missile on an initial trajectory speed of about 1,800 feet-per-second.

After the boost charge burned out, a solid-fueled sustainer charge was ignited. The sustainer charge could produce a thrust of 440 pounds, which could carry the missile toward its target at a speed of about 1,600 feet-per second. Stabilization during flight was provided by cruciform delta wings, which were unfolded by spring action as the missile left its launching tube. The flight path of the missile was controlled by a jet vane deflector. The Roland warhead weighed just over 14 pounds, but was made up of 65 separate projectile charges, each of which was lethal at a distance of up to 20 feet. The warhead was detonated to release these charges through the use of a proximity fuse.

Two versions of the Roland missile, called Roland I and Roland II, were ultimately manufactured. From an operational standpoint, both Roland I and Roland II missiles were identical. The only difference was in the method used to guide the missile toward its target. The French opted to deploy the Roland I, which used an optical site in conjunction with an infra-red tracker to guide the missile. The missile aimer, located in the tank, kept his optical sites on the target after the missile was launched. The position of the missile in relation to the target and the optical sites were measured by an infra-red tracker located on the missile. While this was an effective method of guiding the missile toward its target, it had one major drawback. The method could only be used when a target was visible, and hence was called a clear-weather system.

West German and U.S. forces opted for the improved Roland II, which used an all-weather system made possible by radar guidance. In this method, a radar vehicle accompanied the Roland II tanks in the field. Radar correlation between the tanks, radar vehicle and targets made fully automatic missile guidance possible in all weather conditions. Only Roland II missiles were test flown at Cape Canaveral. This was perhaps the only program tested at the Cape in which nasty Florida weather provided an advantage. Roland II missiles were typically launched in the worst weather possible to determine whether or not the all-weather guidance system was effective. Roland missiles were declared operational in 1977 but were never widely deployed in the United States. Although the U.S. Army was involved in Roland development, it was decided that the unlikelihood of a low-level enemy air attack on U.S. soil combined with advances in more inexpensive anti-aircraft weapons made the missile obsolete. 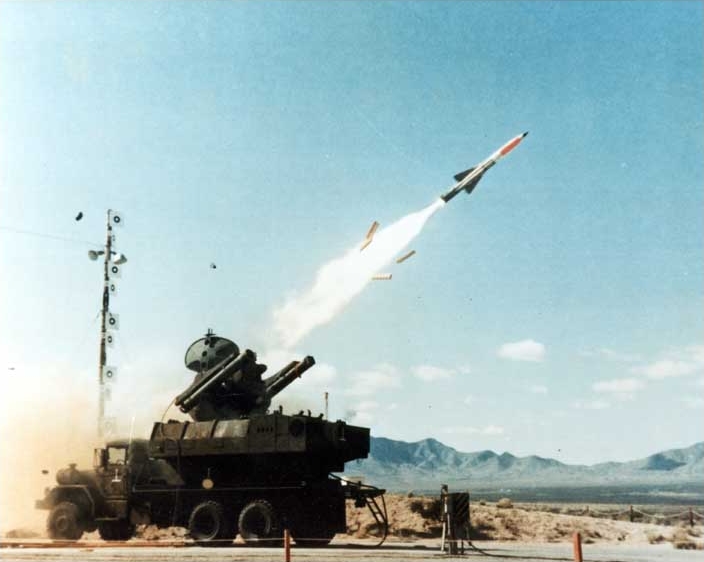