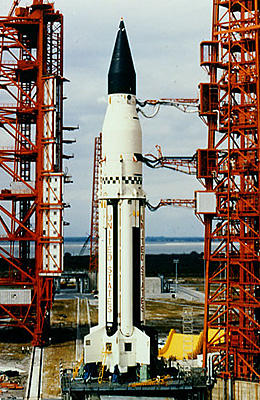 The first four Saturn I test launches were in the Block I configuration. The fifth Saturn I test launch onward employed the Block II configuration, which featured an operational first and second stage. The Saturn I second stage, called S-IV, was powered by a Pratt and Whitney engine which could produce a 90,000-pound thrust. The engine burned liquid oxygen/liquid hydrogen fuel. The S-IV second stage was used to support a variety of Apollo flight test objectives. In the Block II configuration, the Saturn I employed lengthened fuel tanks and improved H-1 engines. This combination increased the first stage thrust to about 1,520,000 pounds at launch. The Block II configuration also added eight stabilization fins to the base of the first stage, four small stubby fins and four large fins which each extended about 9 feet from the first stage. An operational Saturn I was capable of carrying a 37,900-pound payload into low-Earth orbit. Since additional performance improvements were necessary to facilitate NASA objectives for the Apollo program, the Saturn I was eventually replaced by the more powerful Saturn IB. 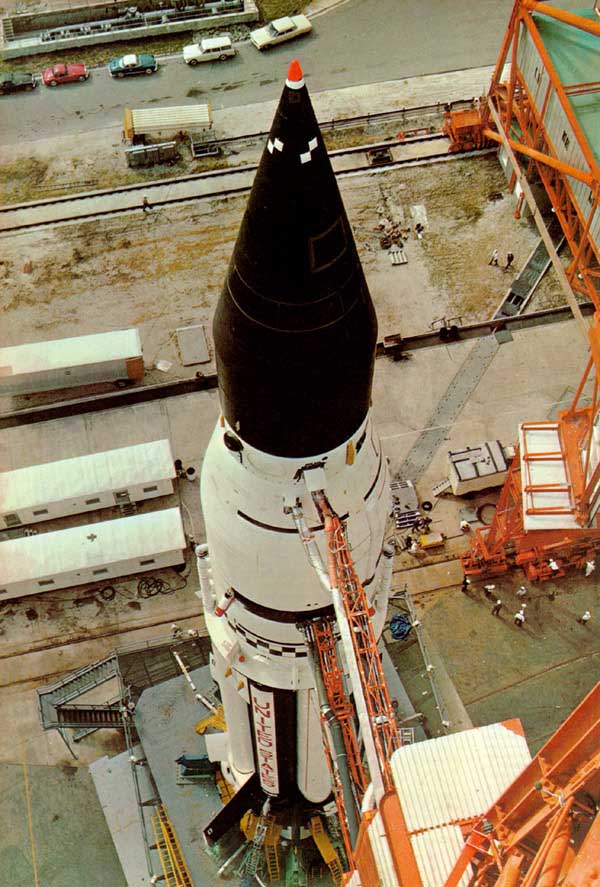