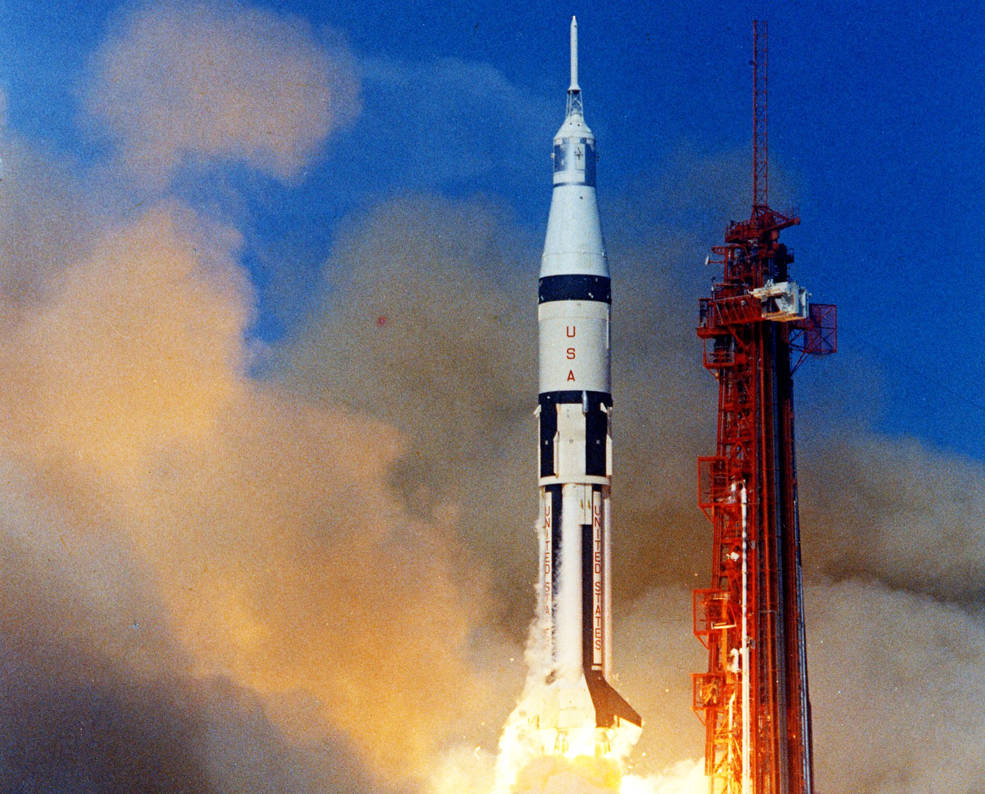 In 1966, the Saturn IB, an improved version of the Saturn I, was brought into service to meet increasing demands of the Apollo program. Conceived and developed as the Saturn C-IB, the “C” was removed from the name of all Saturn rockets in February, 1963. The Saturn IB was briefly redesignated “Uprated Saturn I” by NASA. However, the name was ultimately changed back to Saturn IB. Essentially, the Saturn IB was a marriage of an uprated Saturn I first stage to a brand new second stage. The eight Rocketdyne H-1 first stage engines were improved to produce a combined 1,640,000 pounds of thrust at liftoff. The Saturn IB first stage was designated S-IB. Using a more advanced engine design, Rocketdyne was able to reduce the weight of the H-1 eight-engine array while still improving overall first stage thrust.

The second stage, named S-IVB, marked a significant improvement over the S-IV second stage of the Saturn I. A single Rocketdyne J-2 engine that powered the S-IVB second stage was capable of producing 225,000 pounds of thrust. The S-IVB second stage burned liquid oxygen/liquid hydrogen fuel, and was also used as the third stage on the huge Saturn V rockets which would send Apollo astronauts to the Moon. An advanced stage designed specifically to support manned flight, the S-IVB carried three solid-propellant ullage motors on its aft skirt. These provided positive acceleration for the spacecraft between cutoff and separation of the first stage and ignition of the second stage. It also carried two auxiliary propulsion system modules located on opposite sides of the aft skirt. These were used for on-orbit spacecraft maneuvering. 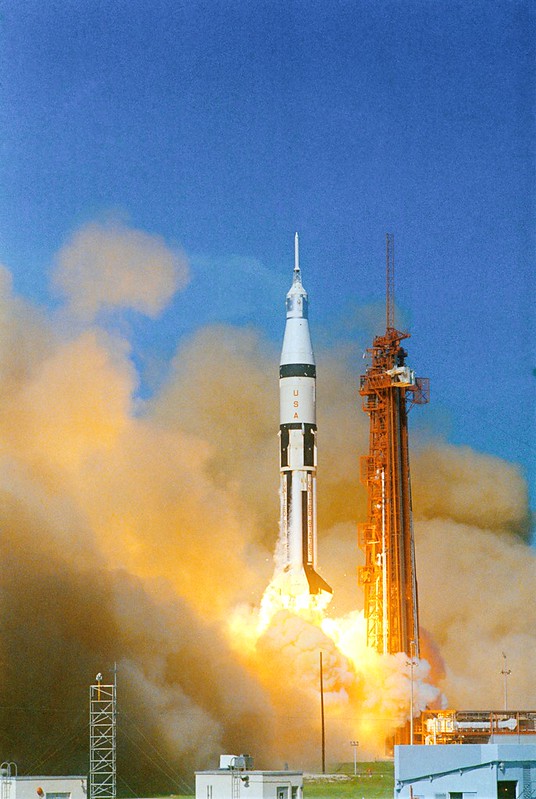 A 21-foot, 4-inch ring attached to the top of the S-IVB stage contained an Instrument Unit (IU). Equipment housed in the IU controlled all electronic commands for control and guidance during ascent. Saturn IB vehicles used for manned flights carried a space capsule and launch escape system. Located at the very top of the rocket, these components were attached to the IU by adapter. Before Apollo missions were individually numbered, Apollo Saturn IB flights were numbered in series using the numerical designation of each vehicle. The first of these flights was called AS-201. Each letter and number had a meaning. The “A” stood for Apollo, the “S” stood for Saturn and the “2” indicated that the second generation Saturn vehicle, the Saturn IB, was being flown. The numbers which followed reflected the chronological order of missions. Thus, “AS-201” meant “Apollo Saturn IB scheduled to be flown as the first in a series of Apollo Saturn IB missions.”

The fourth scheduled launch of an Apollo Saturn IB, with a vehicle and mission designation of AS-204, met with tragedy. AS-204 was planned as the first manned flight in the Apollo series. Launch of the 14-day mission had been set for February, 1967. During a countdown dress rehearsal at Cape Canaveral Launch Complex 34 on January 27, 1967, astronauts Virgil “Gus” Grissom, Ed White and Roger Chaffee were killed when the AS-204 space capsule they occupied caught fire. Granting honor and respect to the tragedy, NASA later changed the designation of mission AS-204 to Apollo 1. The actual Saturn IB rocket which would have completed Apollo 1 did carry an unmanned Apollo Lunar Module into low-Earth orbit on January 22, 1968.

Following the conclusion of the Apollo lunar program, Saturn IB rockets were used to carry Skylab astronauts into orbit. The Skylab Saturn IB was nearly identical to its Apollo relative, but featured uprated Rocketdyne H-1 engines. The last Saturn IB flight was conducted in support of the Apollo-Soyuz Test Project (ASTP). AS-210, the ASTP Saturn IB, was eight years old when it carried three astronauts toward their historic rendezvous. Two unused Saturn IB rockets remained housed in the Vehicle Assembly Building at the Kennedy Space Center following ASTP, which represented the last U.S. manned expendable rocket launch. These Saturn IB rockets were released by NASA for display purposes in December, 1976. 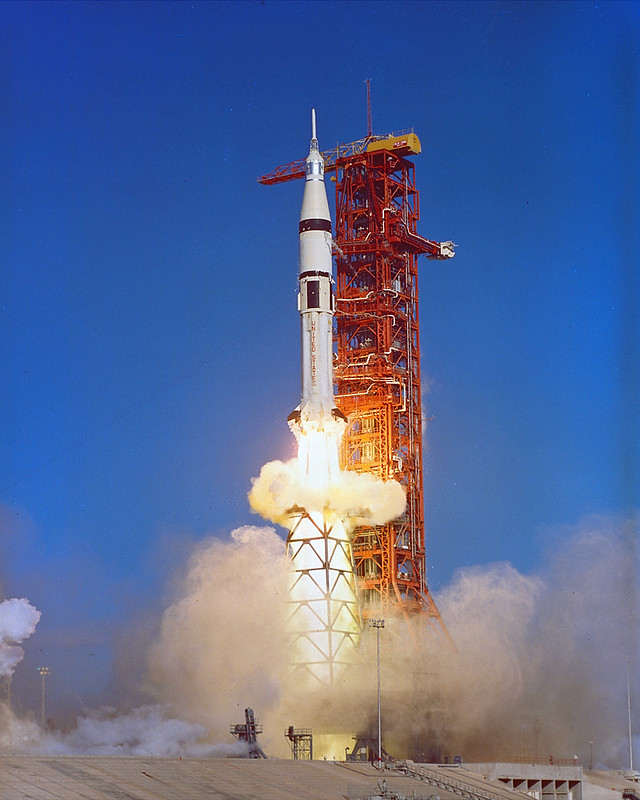