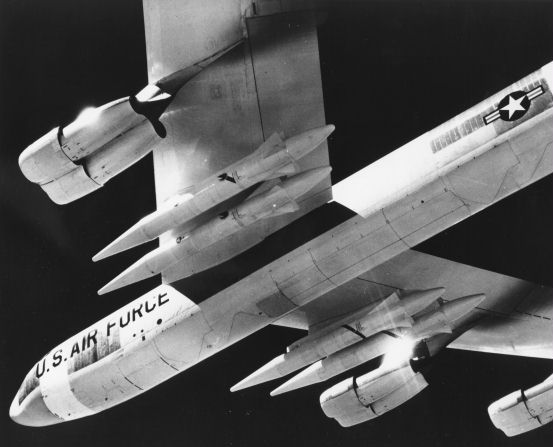 Development of the Skybolt Air-Launched Ballistic Missile began in 1958 following feasibility studies to determine whether or not a ballistic-type missile could be successfully deployed from the air. Since fixed land-based missiles were prone to attack, a ballistic missile which could be dropped from high altitude then guided toward its target proved to be strategically desirable. Although the Skybolt did have wings, it was originally classified as an Air Launched Ballistic Missile (ALBM), not a cruise missile. It did, however, bear great resemblance to cruise missiles which followed, and has been classified by some as a cruise missile. The U.S. Air Force requested ALBM design proposals from the aerospace industry in 1959. Douglas Aircraft was selected to begin development studies under the designation Weapons System-138A (WS-138A) Missile GAM-87, called Skybolt.

Guidance for the Skybolt was assigned to Northrup Nortronics, while the propulsion system was assigned to Aerojet-General. An advanced GE re-entry vehicle was selected to carry the Skybolt weapons payload. A full development contract for the Skybolt was granted to Douglas Aircraft in 1960. The first high-altitude drop testing of inert Skybolt missile bodies began in 1961 over the Gulf of Mexico. The Skybolt was ultimately intended to be deployed on B-52H aircraft, which were fitted with two twin Skybolt pylons under each inner wing. In this configuration, each aircraft could carry a total of eight missiles. Following several failures during early flight testing, the Skybolt program was abruptly cancelled on December 19, 1962. Ironically, a Skybolt missile completed a flawless test flight on the same day the program was cancelled.

The Skybolt cancellation was brought about by several prevailing factors. By 1961, the U.S. military was already at a point of deploying several other reliable land, sea and aircraft-based nuclear weapons systems. In addition, certain engineering elements of the Skybolt were thought to be too complicated to be effectively applied. The early failures added to this concern. However, the final decision may have been based largely on economics. The British government was faced with a decision of purchasing from the U.S. either air-based Skybolt or sea-based Polaris missiles to augment their national defense arsenal. The British chose to purchase Polaris missiles, thus eliminating a viable source of funding for the U.S. government to continue refining the Skybolt for eventual deployment. Test flights of Skybolt missiles for research purposes continued following the official cancellation of the program.