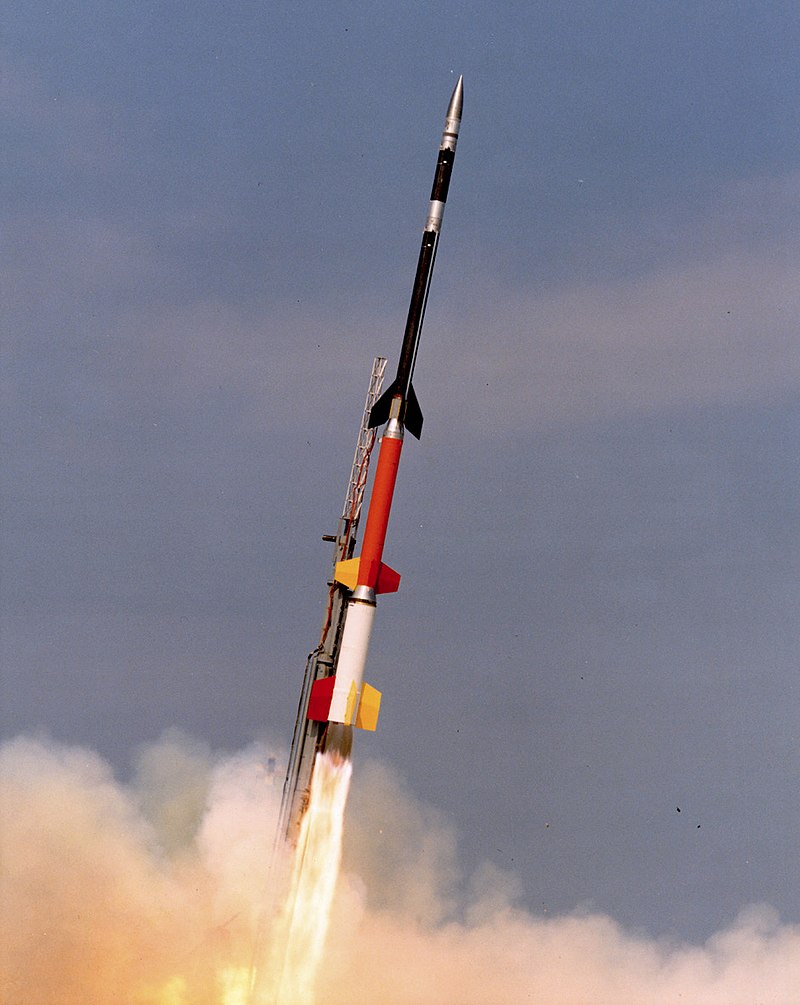 In the case of weather rockets, the nosecone of the rocket carries an instrumented payload capable of telemetering high-altitude weather data, including wind velocity and direction, to ground stations. The weather rocket can be a valuable source of data prior to a space launch vehicle or Space Shuttle launch. In some cases, several weather rockets may be launched prior to a space launch. This is to assure that conditions aloft will not adversely affect the vehicle in flight. Weather rockets offer a considerable advantage over weather balloons, in that they can operate more quickly and at higher altitudes.