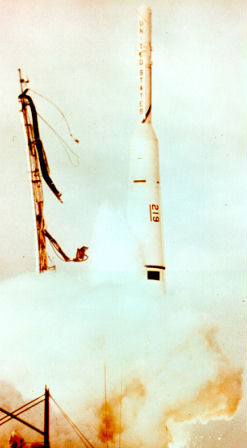 Thor-Able IV was the NASA designation for a Thor-Able variant configured to support the launch of the Pioneer-V spacecraft on March 11, 1960. The 95-pound spacecraft was successfully sent past the planet Venus and was the world’s first spacecraft to send radio signals to Earth from interplanetary distance. The Thor-Able IV employed a Thor missile as first stage, an Aerojet liquid-fueled second stage and an Able solid-fueled third stage.