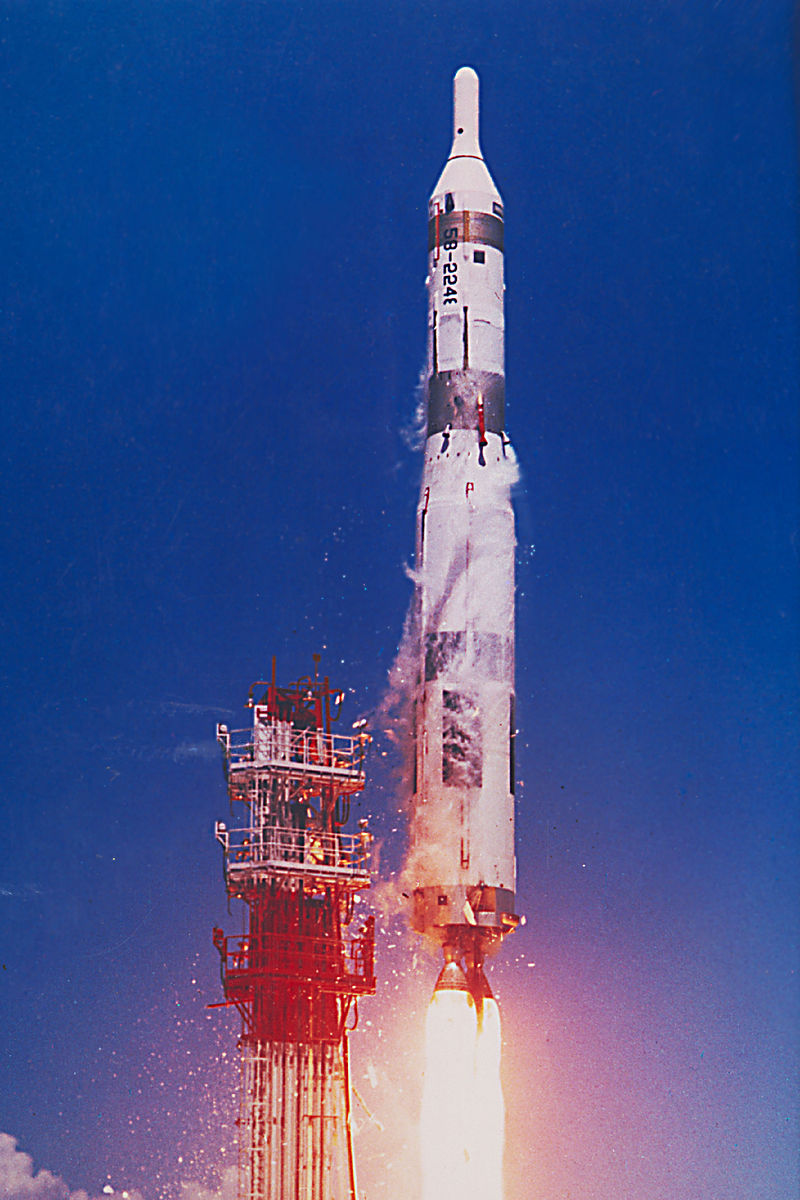 Under Weapons System 107A-2 (WS-107A-2), a development contract for an ICBM surpassing the capabilities of the Atlas was granted to the Martin Company (later Martin Marietta) in October, 1955. The company subsequently built a virgin production facility in Denver, Colorado. The missile received an initial designation of SM-68. The name “Titan” after the Greek mythological father of Zeus was recommended for SM-68 by Martin Company public relations man Joe Rowland. A pre-production version of the Titan ICBM was called Titan J, while a version designed to be compatible with launch facilities at Vandenberg Air Force Base, California, became known as Titan V (the letter “V” as opposed to the Roman Numeral “V”). Of course, the version of the missile which was ultimately deployed by the U.S. Air Force carried the name Titan I.

Inertial guidance originally intended for use on the Titan I was transferred to the Atlas program. Instead, a redesigned radio controlled guidance system from Western Electric, Sperry and Remington Rand Univac was employed. Remington Rand Univac built groundbreaking digital technology computer components for the Titan I guidance system. First stage propulsion for the Titan I was provided by an Aerojet engine with twin-gimbaled chambers each capable of providing 150,000 pounds of thrust at launch. The first stage engine was fed by liquid oxygen/RP-1 (kerosene) liquid fuel. The first test launch of a Titan I occurred on February 6, 1959. For this flight, only an operational first stage was employed. A dummy second stage was ballasted with water. The Titan I second stage was powered by an Aerojet engine which could produce an 80,000-pound thrust. Like the first stage, the Titan I second stage burned liquid oxygen/RP-1 (kerosene) liquid fuel. The total vehicle could carry a four-megaton warhead which was housed inside an Avco re-entry vehicle.