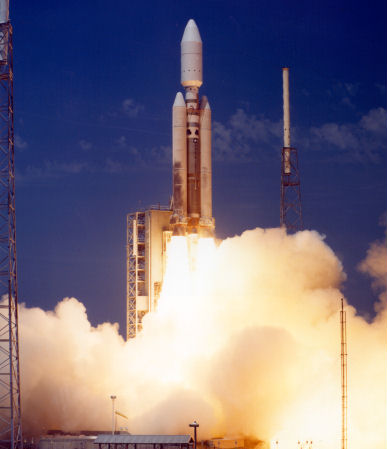 Like the Titan IVA, the Titan IVB could employ a Centaur upper stage, an Inertial Upper Stage (IUS) or no upper stage. With the introduction of the SRMU, specific vehicle payload capacity was improved as follows:

The first Titan IVB was launched from Cape Canaveral Launch Complex 40 on February 23, 1997 and carried a Defense Support Program (DSP) missile detection satellite for the Department of Defense. This maiden flight of the Titan IVB marked the first time a Cape-launched military Titan mission was declassified. In a change from previous policy, both the nature of the payload and the launch time were made public prior to launch.