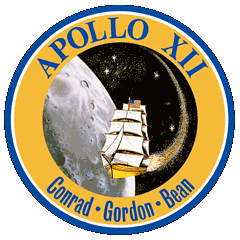 Apollo 12 was planned to build upon the success of Apollo 11, with the added goal of obtaining a precision target and pinpoint lunar landing.

The second manned lunar landing mission had a dramatic beginning. Liftoff was normal, but as the launch vehicle passed through a low cloud, a bolt of lightning was discharged through the Saturn V to the ground.

Later in the first minute of flight, the Saturn V was struck by a bolt of lightning a second time. Safety mechanisms turned off most power in the CSM, but it was manually restored by the crew and the flight continued.

For the first time, the S-IVB booster was re-ignited for the purpose of making an evasive maneuver.

Following the docking of the Command Service Module (CSM) and Lunar Module (LM), the LM was entered to make sure the lightning had not damaged any of its systems.

After the CSM engine fired twice to achieve the proper lunar orbit, the LM separated and descended to the lunar surface. A precision target was selected, and a pinpoint landing by Intrepid was achieved.

Astronauts Conrad and Bean performed two Moonwalks. During the first Moonwalk, the astronauts planted a U.S. flag. Scientific experiments associated with the Advanced Lunar Science Experiment Package (ALSEP) were set up. This was the first time ALSEP experiments, which included a seismometer and magnetic field detector, were deployed on the Moon.

A color television camera was also positioned, providing the first color television pictures from the lunar surface. Unfortunately, astronaut Bean allowed direct sunlight to enter the camera’s lens, which damaged its vidicon tube and rendered it useless. Television viewers on Earth were able to see the astronauts step onto the Moon, but very little else.

The first Moonwalk lasted 3 hours, 39 minutes. During a second Moonwalk, the astronauts walked more than a mile collecting lunar samples and removing parts of the Surveyor 3 spacecraft for a return to Earth. A geologist on Earth actually helped to direct the astronauts as they walked along the lunar surface.

For the first time, the astronauts documented each sample they took from the Moon, including the first double-core tube sample of lunar soil. The second Moonwalk lasted 3 hours, 48 minutes.

After being examined after a return to Earth, the Surveyor 3 parts were found to contain Earth bacteria which remarkably had survived over two years of extreme temperatures, dryness and the near vacuum of the lunar environment.

Worthy of some interest is the fact that astronaut Conrad inadvertently carried the first Playboy photo to the Moon. He came across it quite unexpectedly on the lunar surface when flipping through his mission checklist. A NASA employee had secretly stuck the photo in the checklist prior to the start of the mission.

A total of 31 hours, 31 minutes were spent on the lunar surface before the LM ascent engine fired for liftoff and a return docking with the CSM. For the first time, lunar dust tracked into the LM became a problem. Since the dust became weightless after liftoff from the Moon, the astronauts had trouble breathing without their helmets.

For the first time, the LM was fired back toward the Moon after its occupants returned to the CSM. Intrepid slammed into the Moon at better than 5,000 m.p.h. creating an impact force equal to an explosion of 2,000 pounds of TNT. This first artificially created Apollo Moonquake registered on the seismometers that the astronauts had left behind on the lunar surface.

Return and splashdown were uneventful, although lunar dust was a bit of a problem for the return home as well. Some lunar dust made its way into the CSM, which required the astronauts to clean air filter screens about once every three hours. 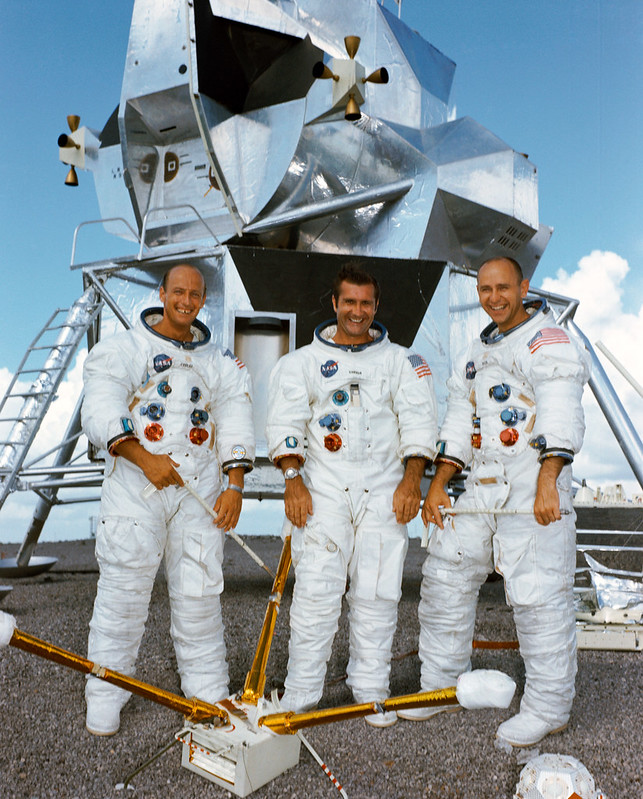 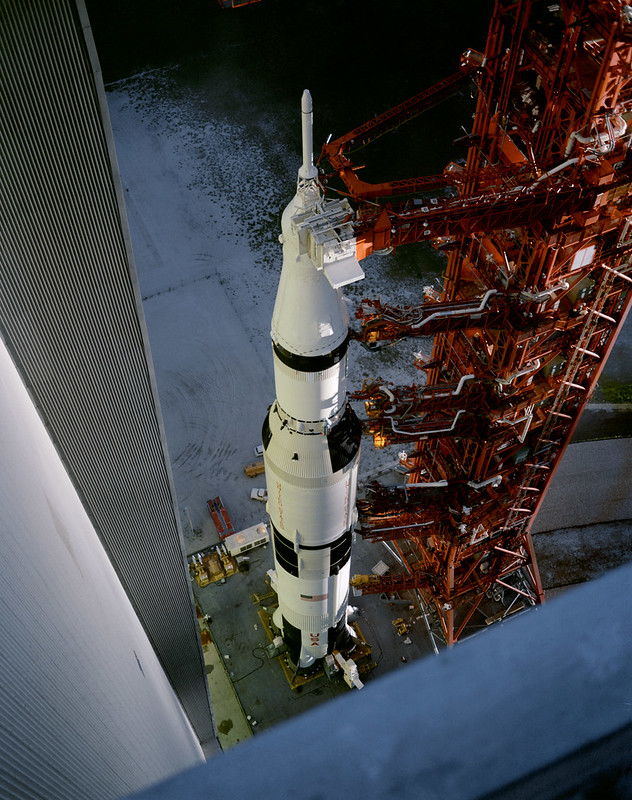 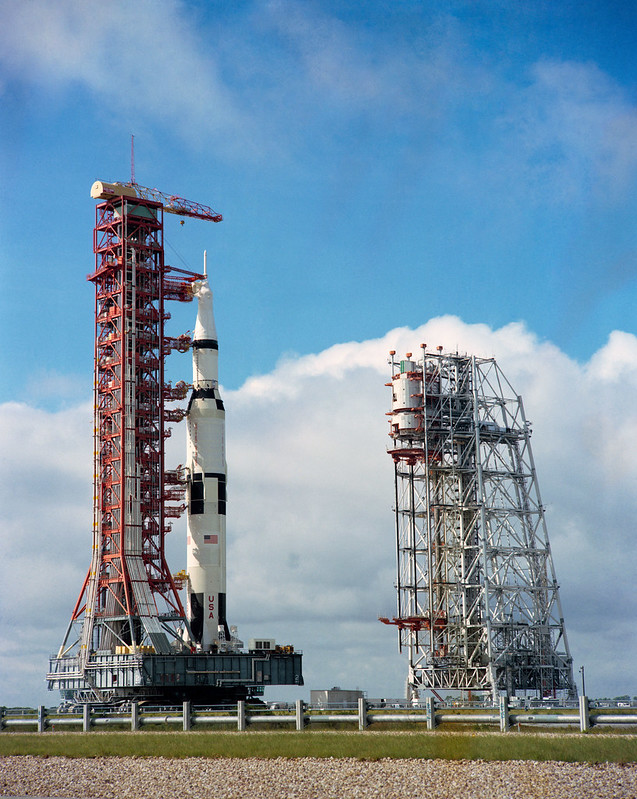 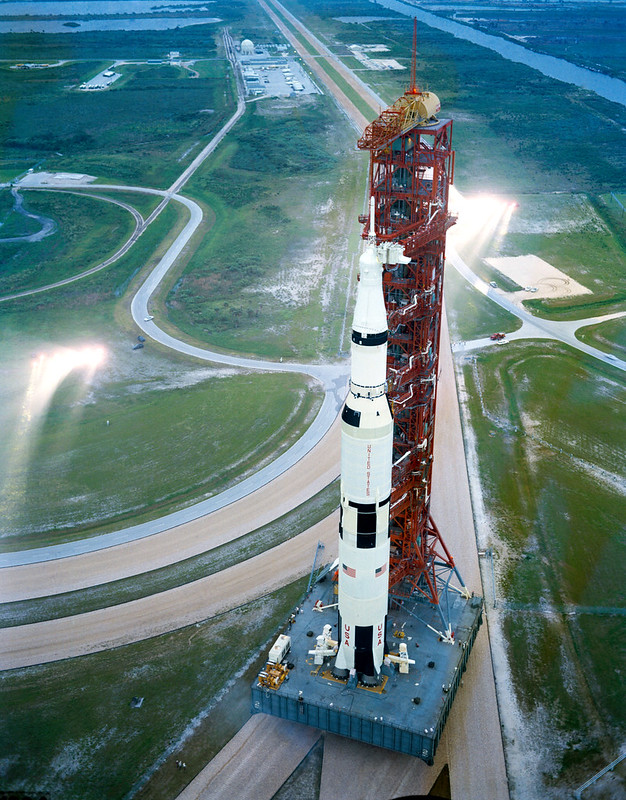 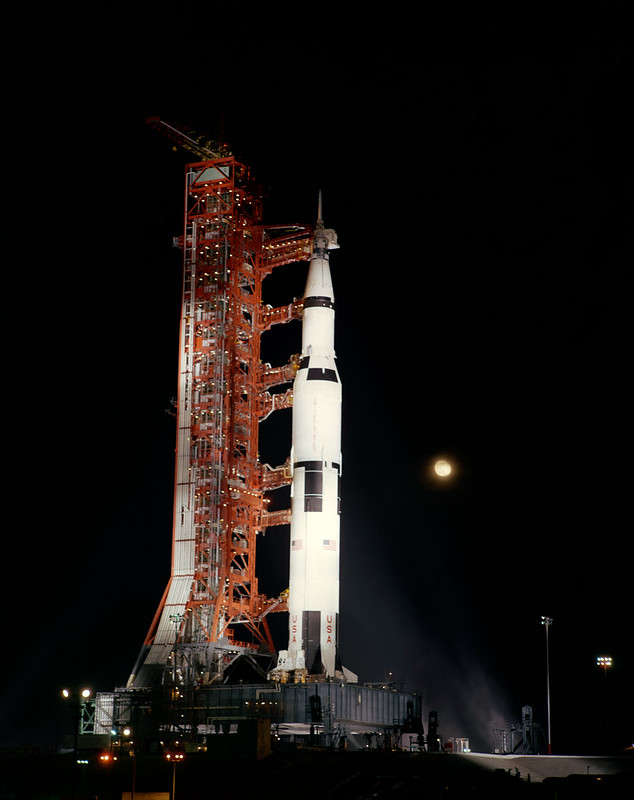 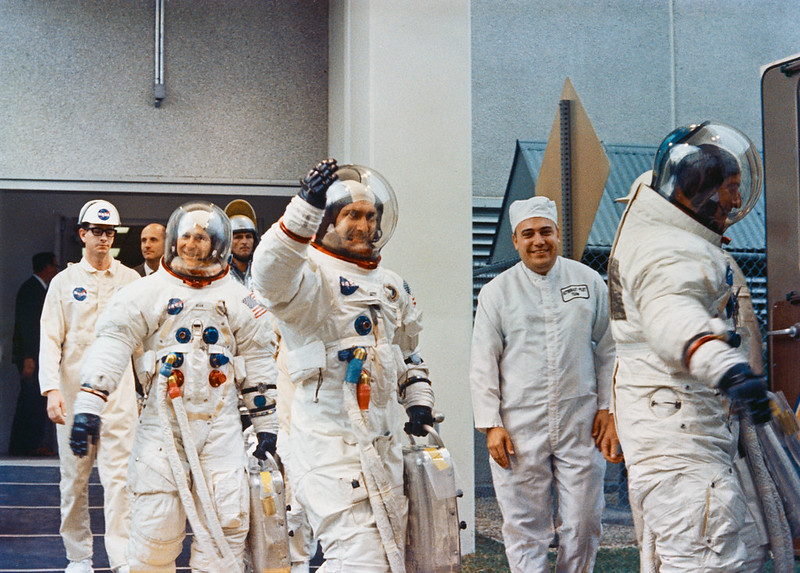 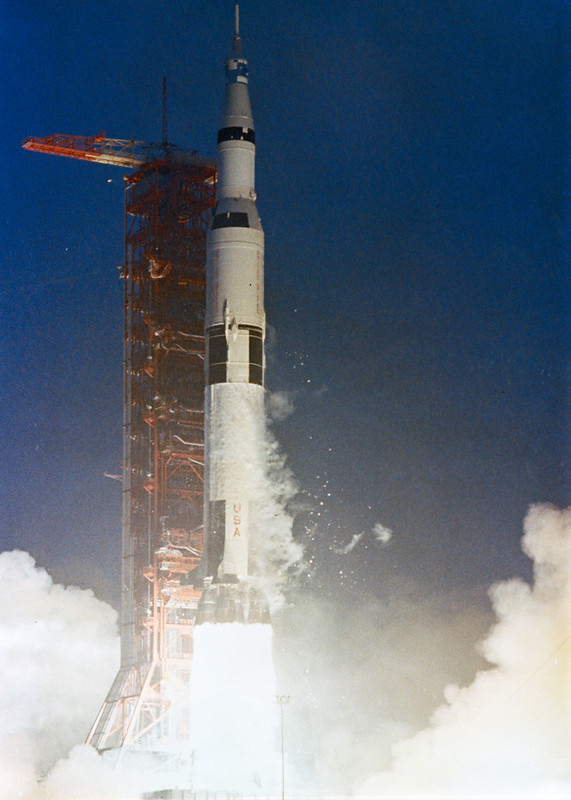 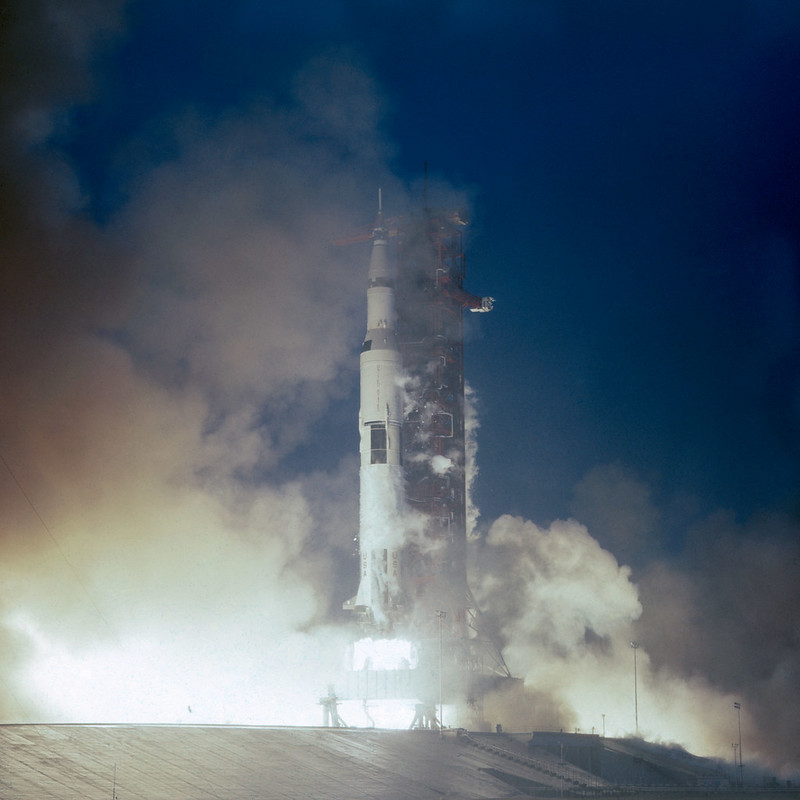 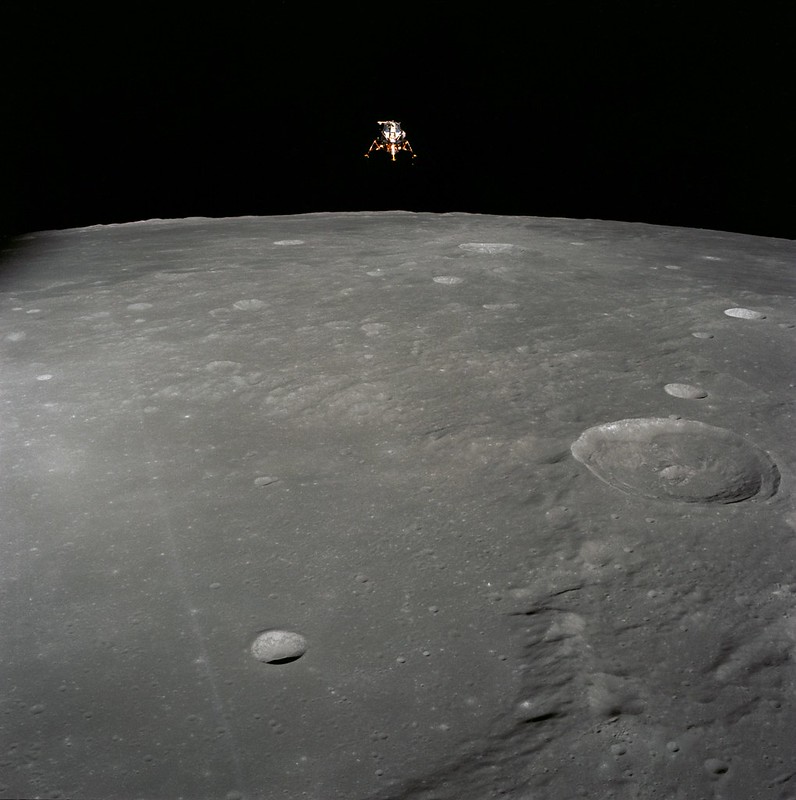 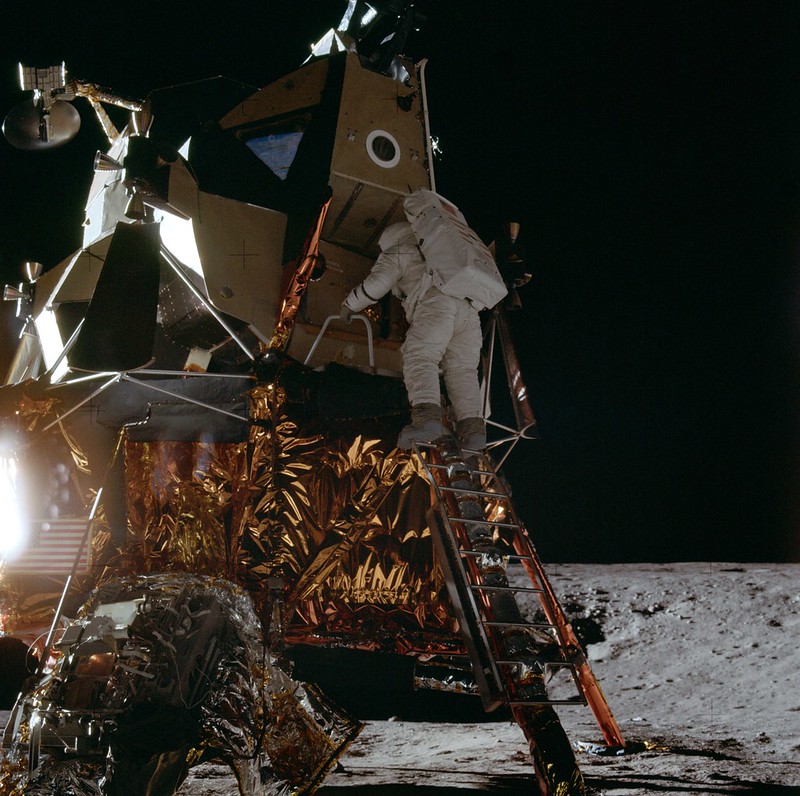 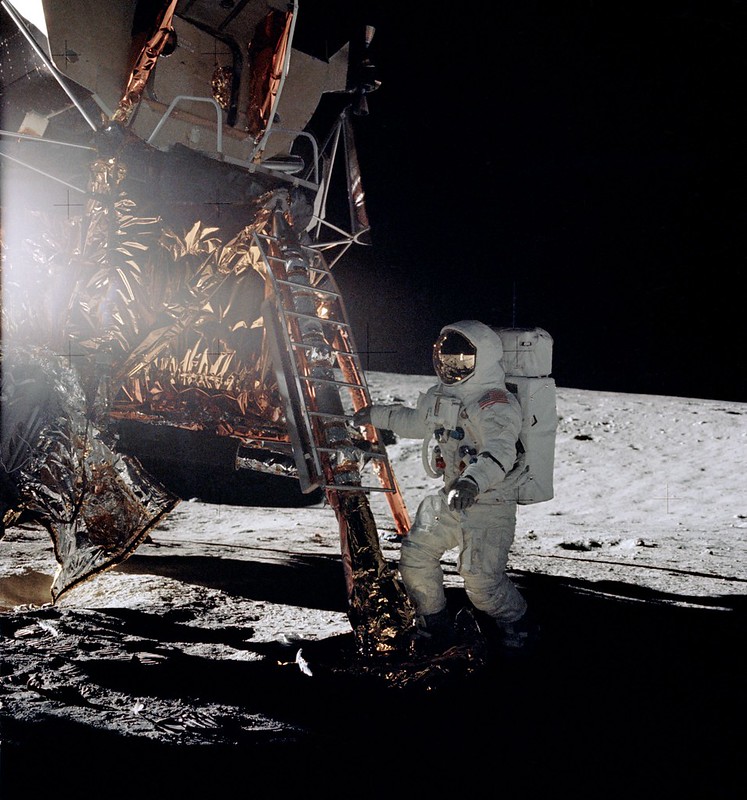 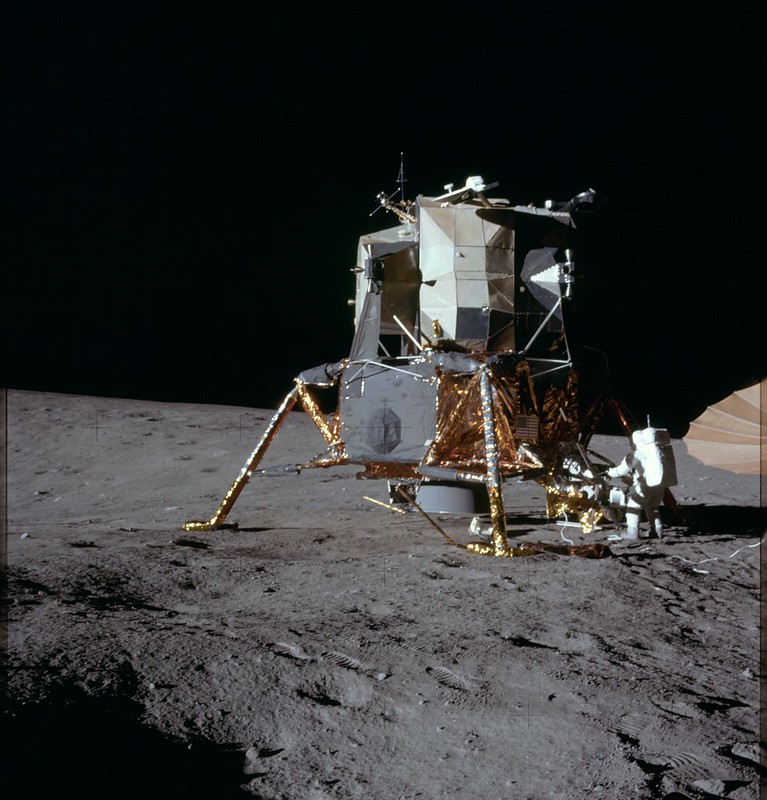 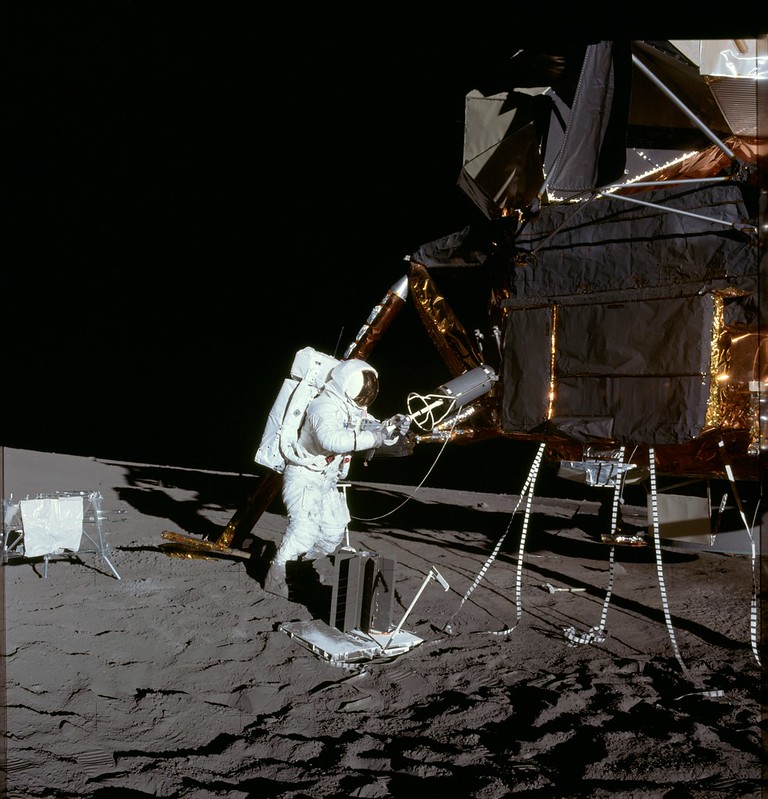 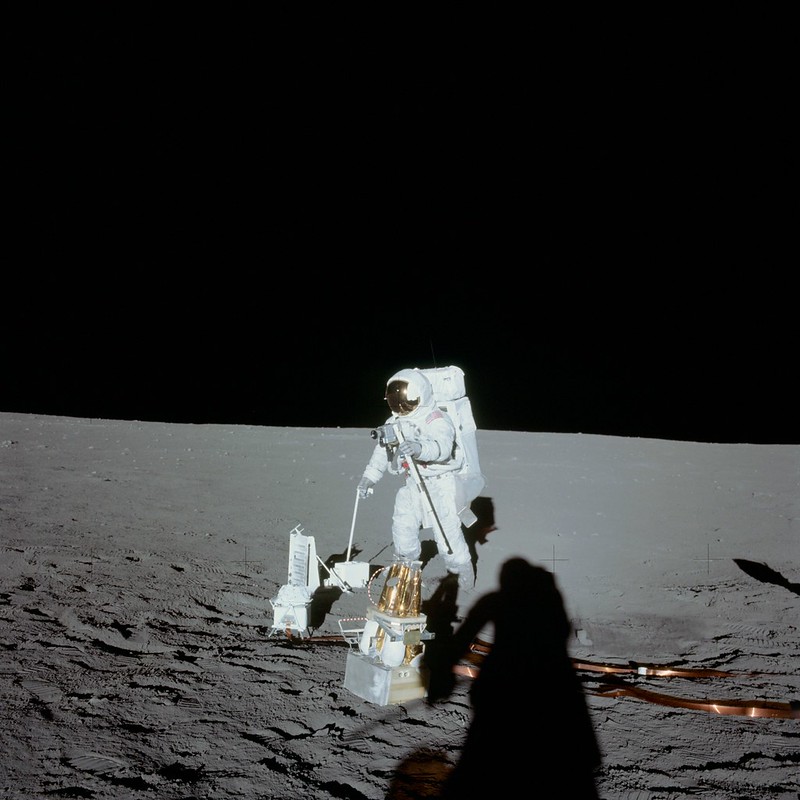 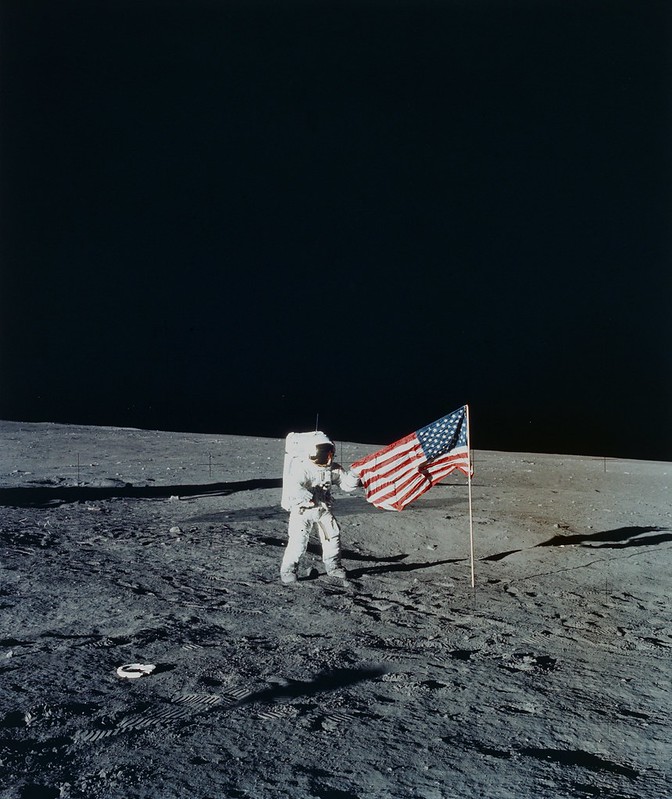 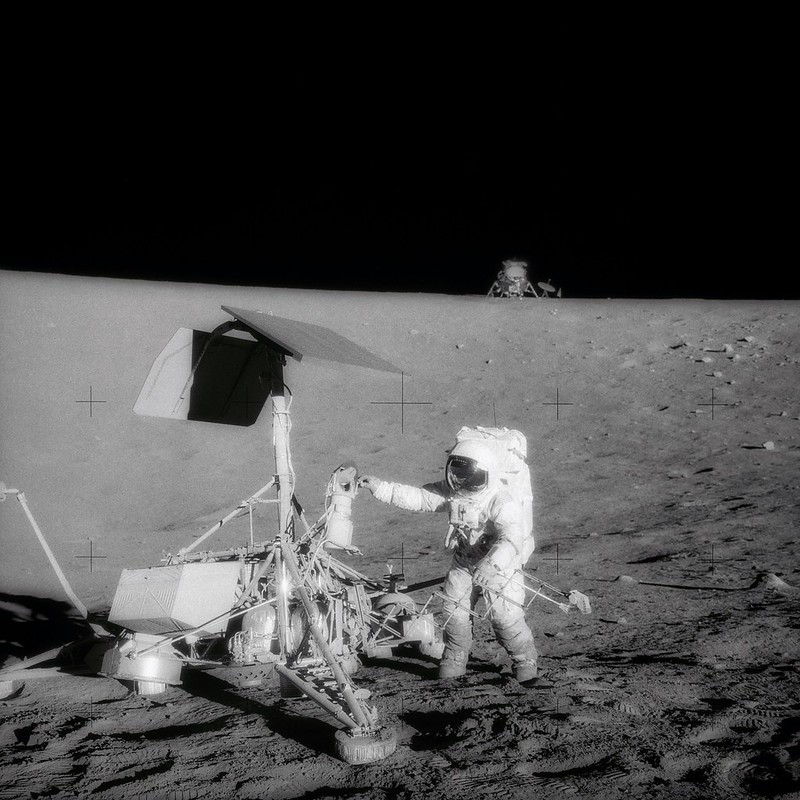 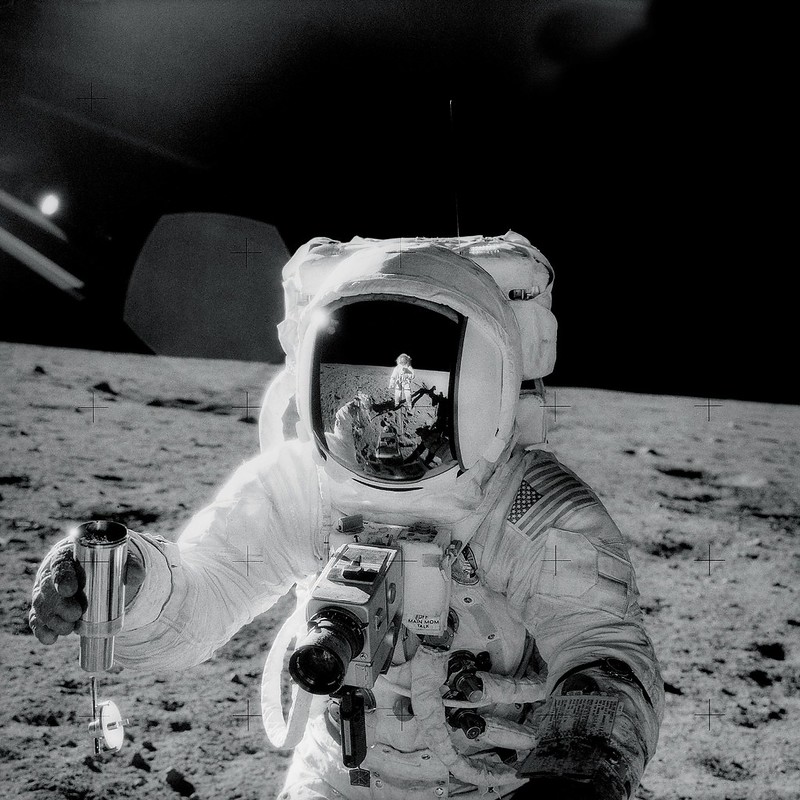 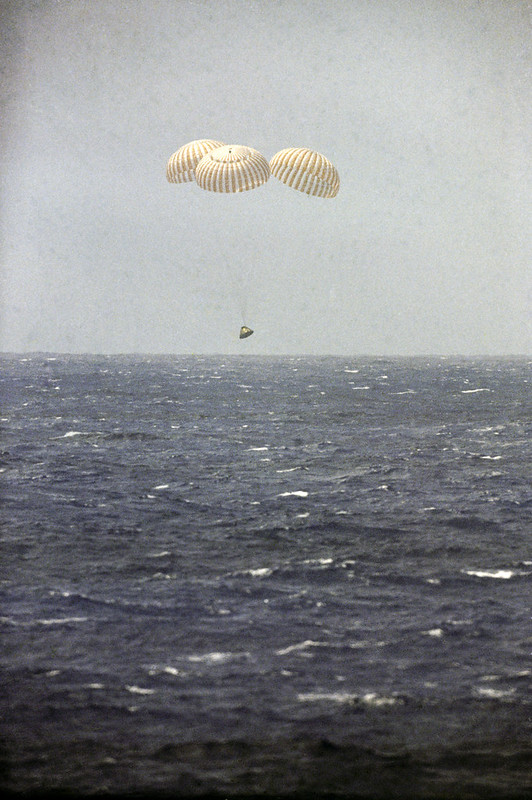 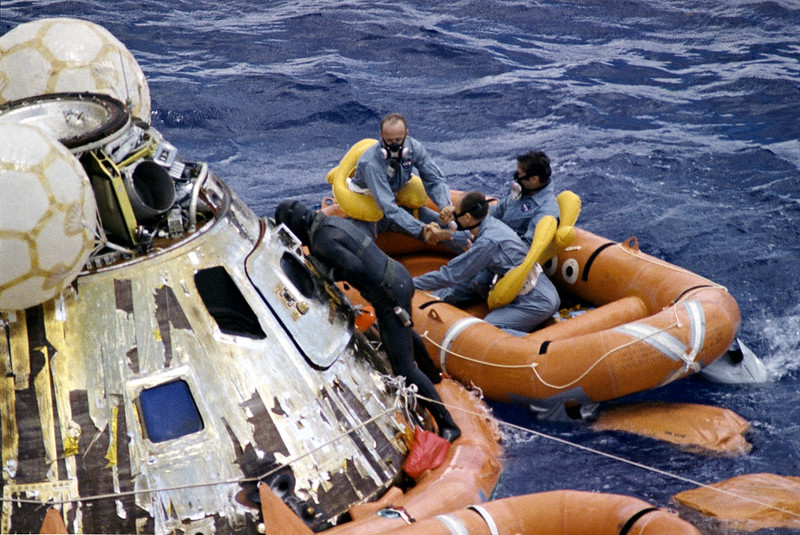 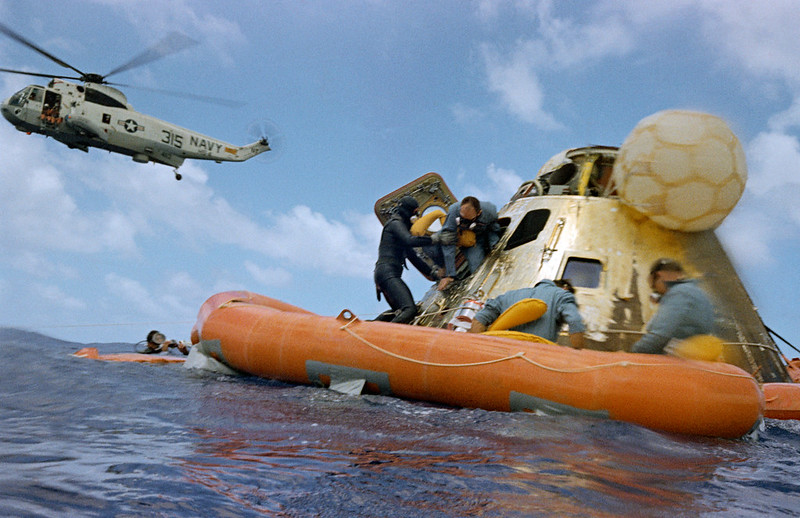 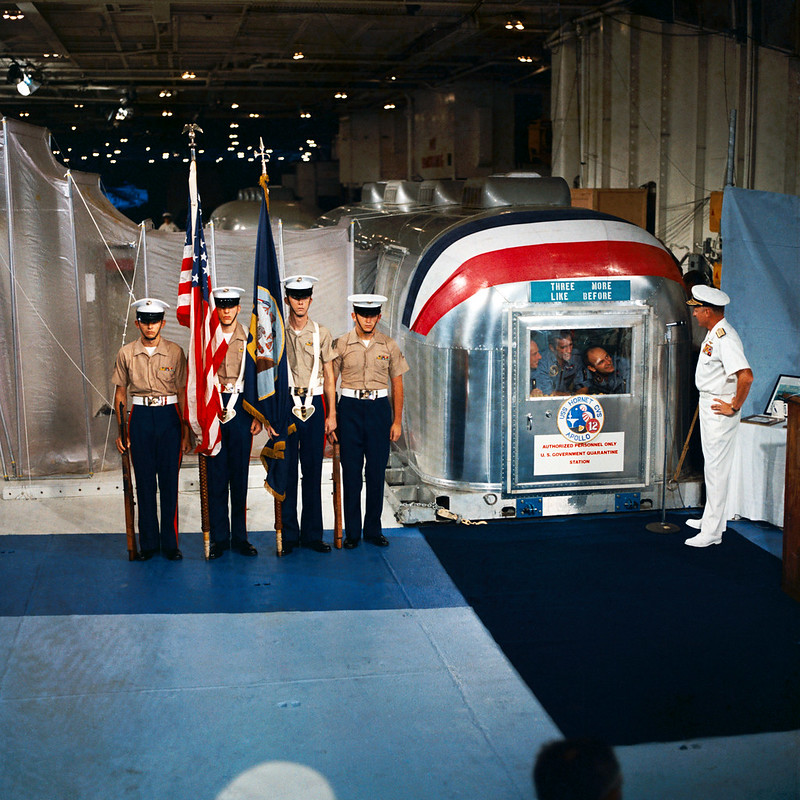