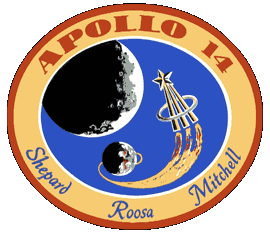 The launch of Apollo 14 was postponed about three months to accommodate changes in the flight plan and flight hardware to create greater safety margins following the near disastrous flight of Apollo 13.

During this delay, certain modifications were also made in order to enhance the mission’s scientific capabilities.

At T-8 minutes, the countdown was held due to weather restrictions imposed following Apollo 12. The unplanned 40-minute hold caused the launch-to-orbit azimuth and lunar trajectory to be modified so that Apollo 14 would reach the Moon on schedule.

The flight to the Moon went according to plan, although it took six attempts to successfully dock the Command Service Module (CSM) and Lunar Module (LM).

The spacecraft’s lunar orbit was lowered to about 50,000 feet to permit a shorter, steeper LM descent path. Antares landed on the Moon at 4:18 a.m. EST on February 5, 1971 just 87 feet from its target in the Fra Mauro highlands.

For the first time, an astronaut wore a spacesuit that was marked. The Apollo 12 astronauts had great difficulty telling which astronaut was which when they reviewed over 500 photos taken on the Moon. NASA subsequently made a decision to place distinguishing marks on one of the spacesuits.

In this case, astronaut Shepard wore a spacesuit with red stripes at the knees and shoulders and a red stripe on the helmet. The same spacesuit color scheme would have been used during Apollo 13, which never reached the Moon.

The second Moonwalk lasted 4 hours, 46 minutes. During the excursion, the astronauts covered about two miles of the lunar surface walking to and from the rim of Cone Crater. For the first time, a Modularized Equipment Transporter (MET), nicknamed the “rickshaw”, was used. It had wheels and resembled a wheelbarrow.

The MET was used primarily to carry tools, photographic equipment and about 100 pounds of rock and soil samples. As the MET became more and more full, it developed a tendency to tip over. In the end, the astronauts resorted to carrying it instead of pushing it.

This was the first Moonwalk during which the astronauts were equipped with Buddy Life Support Systems (BLSS) which could have shared life support capability from one astronaut to the other in an emergency.

Shepard had the distinction of hitting the first and only two golf balls on the lunar surface, although he did not actually use a golf club. With a golf club head affixed to a metal rod, the first golf ball was hit about 200 yards, the second about 400 yards.

At age 47, Shepard became the oldest man to walk on the Moon. The astronaut had been grounded following his history-making Mercury MR-3 flight due to an inner ear problem. An operation corrected the difficulty, and Shepard was cleared for Apollo duty.

While the LM remained on the lunar surface, astronaut Roosa became the first CSM pilot to perform extensive on-board experiments while orbiting the Moon. While the astronauts were on the Moon, a Russian robot named Lunokhod 1, operated by remote ground commands, was exploring another portion of the lunar surface.

LM liftoff occurred following a 33 hour, 32 minute stay on the Moon. The return to Earth went according to plan, and Apollo 14 splashed down just one mile from its intended recovery point. 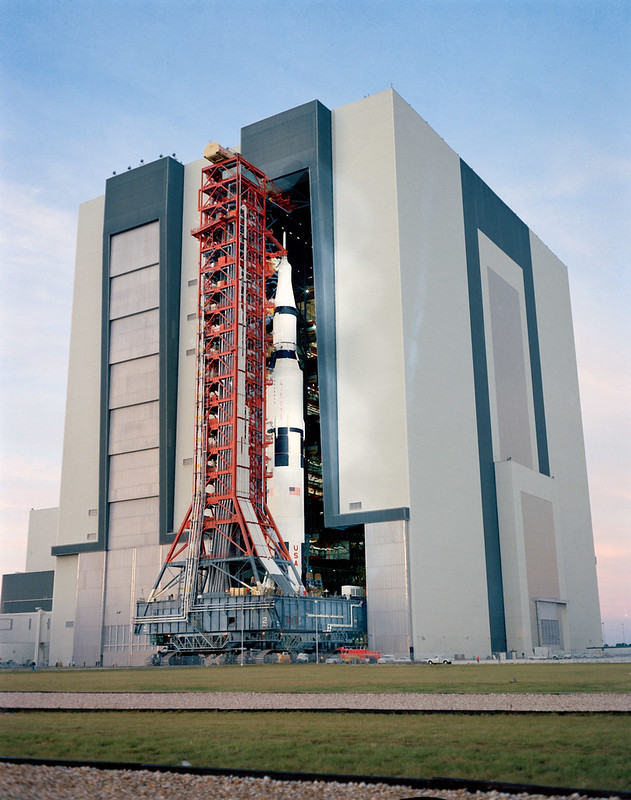 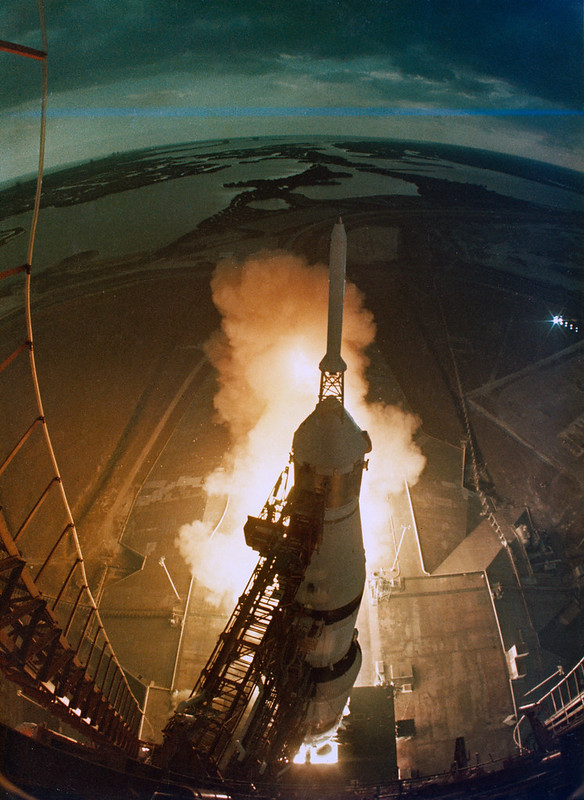 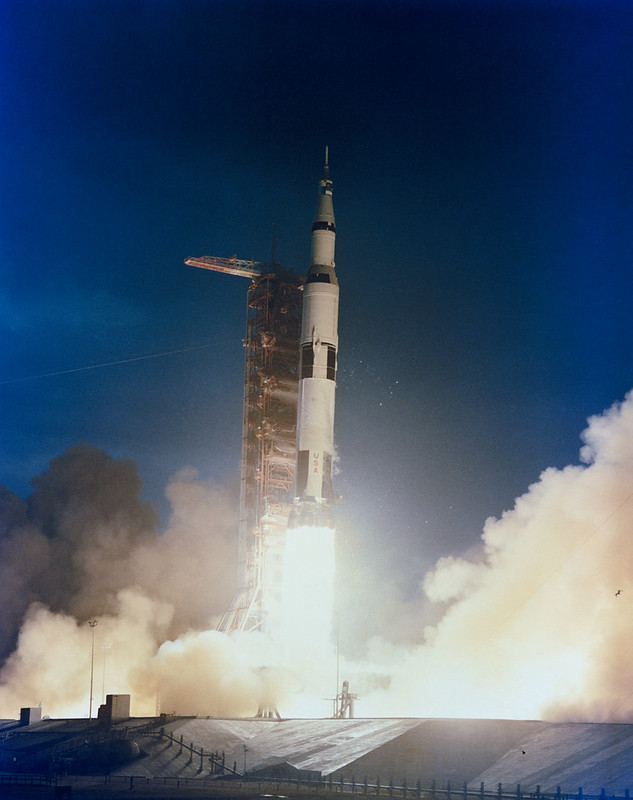