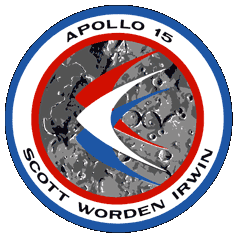 The flight went according to plan, although the Command Service Module (CSM) and LM undocking was delayed about 25 minutes while in lunar orbit.

Falcon landed on the Moon at 6:16 p.m. EDT on July 30, 1971 in Hadley Rille near the base of the lunar Apennines. Shortly after landing, astronaut Scott stood in the LM upper hatch to photograph the landing area. This was officially classified as a “stand-up” spacewalk, and lasted 33 minutes.

NASA scheduled the “stand-up” spacewalk to allow Scott to make a more detailed analysis of the lunar terrain. The Apollo 14 astronauts ventured into some difficult terrain during their second lunar excursion. The astronauts had only used their LM windows to survey their surroundings, which did not provide a large enough or high enough field of view to anticipate their problems.

The first of three Moonwalks began the morning following the “stand-up” spacewalk. This Moonwalk lasted 6 hours, 34 minutes. The astronauts deployed communications equipment and installed cameras on the lunar surface.

For the first time, the Lunar Roving Vehicle (LRV), nicknamed the “Rover”, was taken to the Moon. The collapsible LRV was affixed to the side of the LM. It was released and unfolded simply by pulling a cord. Powered by batteries, the LRV was designed to travel a maximum of 55 miles at an average speed of 7 m.p.h.

Following initial difficulties with deployment and steering, the LRV was used for a lunar excursion to St. George Crater. Astronauts Scott and Irwin drove the LRV about 6.2 miles before returning to the LM to deploy the Advanced Lunar Science Experiment Package (ALSEP).

The second Moonwalk lasted 7 hours, 13 minutes. The astronauts drove the LRV about 7.5 miles, to a maximum distance of about three miles from the LM. During this lunar excursion to Mount Hadley Delta, the astronauts discovered a green crystalline rock later called the “Genesis Rock” because of its presumed antiquity.

The astronauts viewed the LM from a distance of about three miles from a point about 300 feet in altitude higher than the LM. The astronauts had difficulty navigating the LRV back to the LM. However, navigation became quite easy after the astronauts discovered the LRV tracks left after their departure. At the conclusion of the second Moonwalk, the astronauts planted a U.S. flag.

The third Moonwalk lasted 4 hours, 20 minutes. The astronauts drove the LRV just over three miles exploring Scarp Crater and Hadley Rille, and became the first astronauts to venture outside the field of view of the LM. The LRV thus logged about 17 miles on the lunar surface during the three lunar excursions. A total of about 175 pounds of lunar rock and soil samples were collected.

Leaving the LRV and a variety of experiments behind, LM liftoff occurred after 66 hours, 55 minutes on the lunar surface. For the first time, the liftoff was photographed by a remotely operated television camera positioned on the lunar surface. The empty LM was once again crashed into the lunar surface following undocking to measure the impact on seismometers left behind by astronauts.

For the first time, a scientific subsatellite was released into lunar orbit from the CSM. It transmitted data back to Earth for about one year.

About 171,000 miles from Earth during the return trip, astronaut Worden performed a spacewalk. For the duration of the 41-minute spacewalk Worden remained attached to the CSM by a tether. This was the first spacewalk outside the magnetic influence of Earth.

During the spacewalk, Worden used handrails and foot restraints to complete three trips to and from a Scientific Instrument Module (SIM) bay affixed to the exterior of the CSM Service Module (SM). He retrieved two camera cassettes and inspected SIM bay instruments that had malfunctioned during the flight. The return flight, splashdown and recovery were nominal. 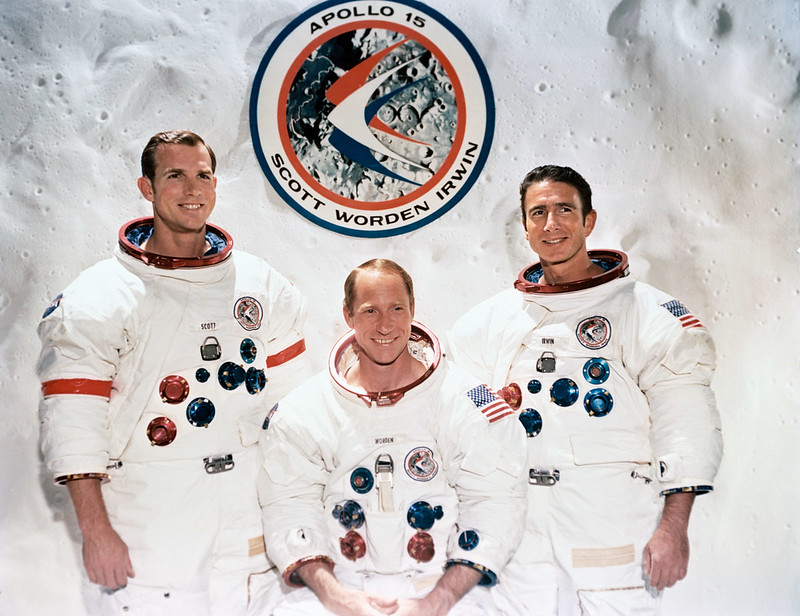 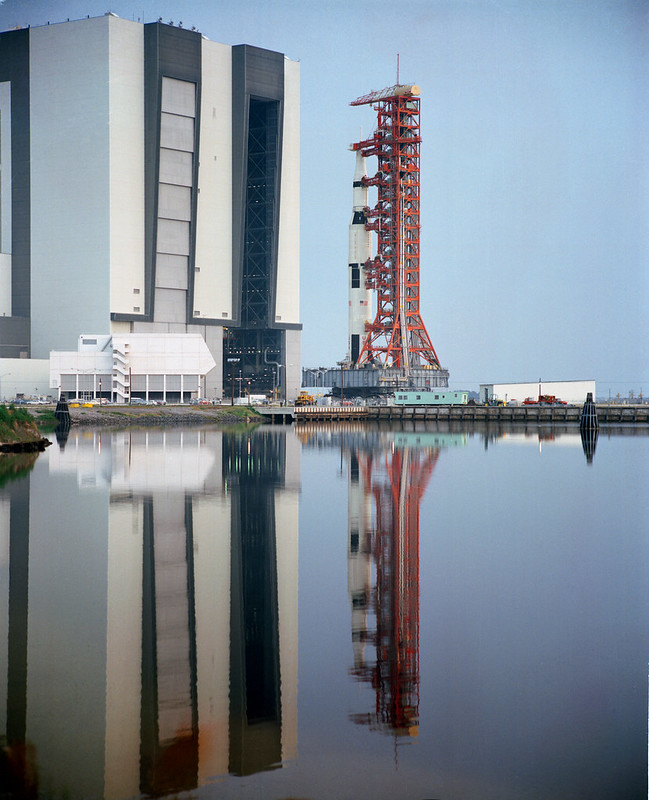 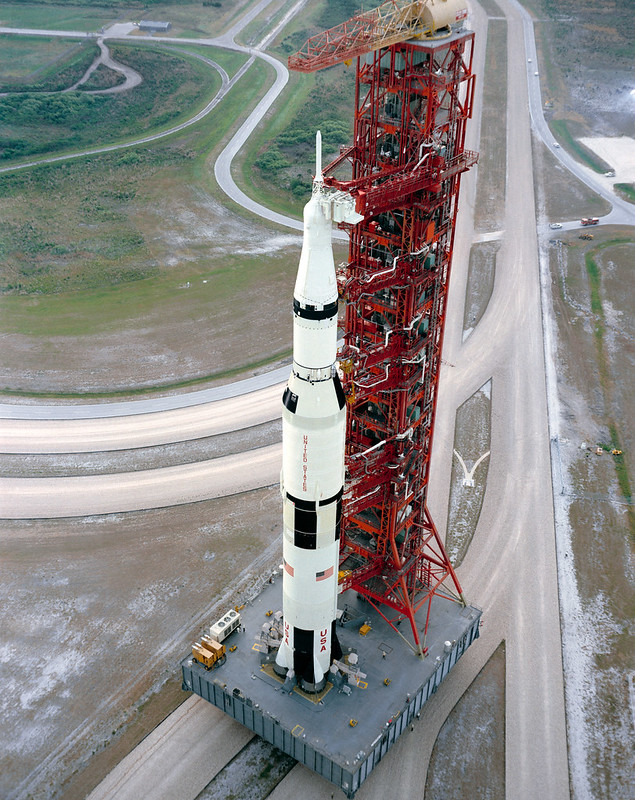 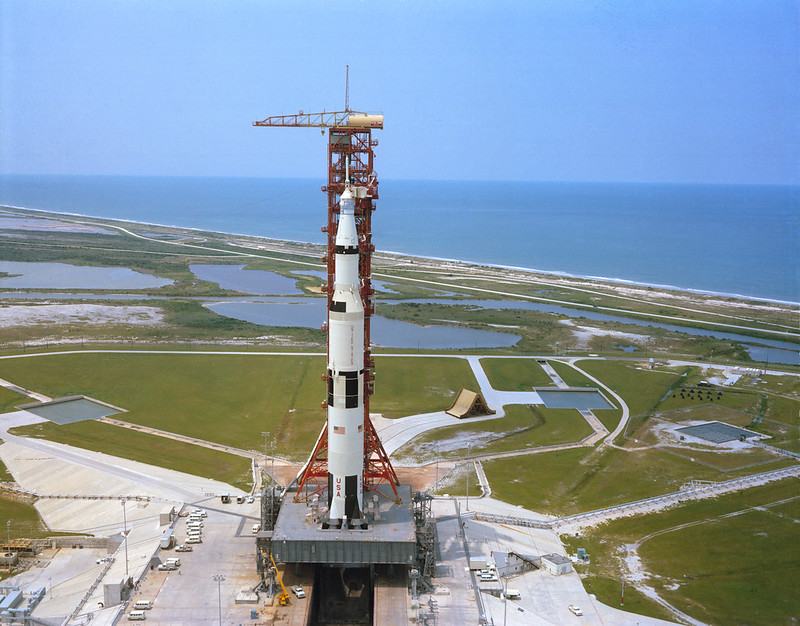 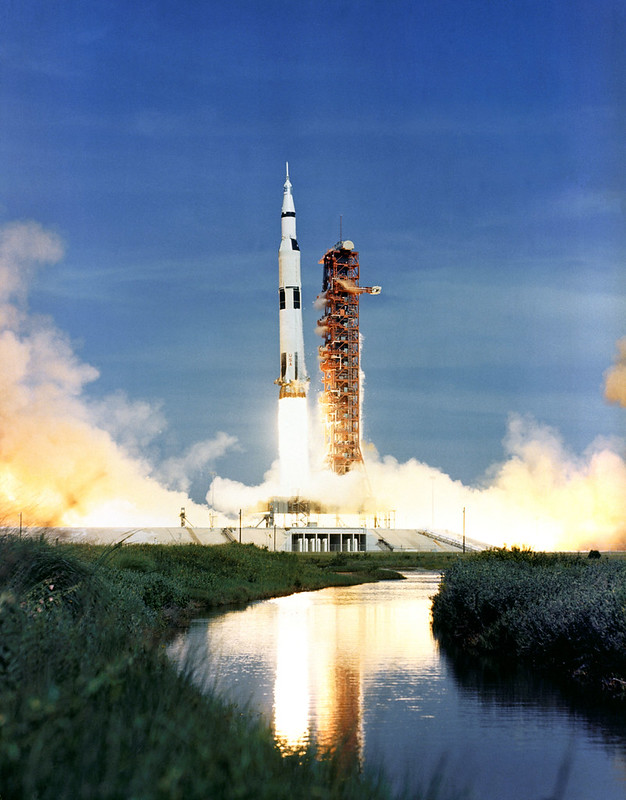 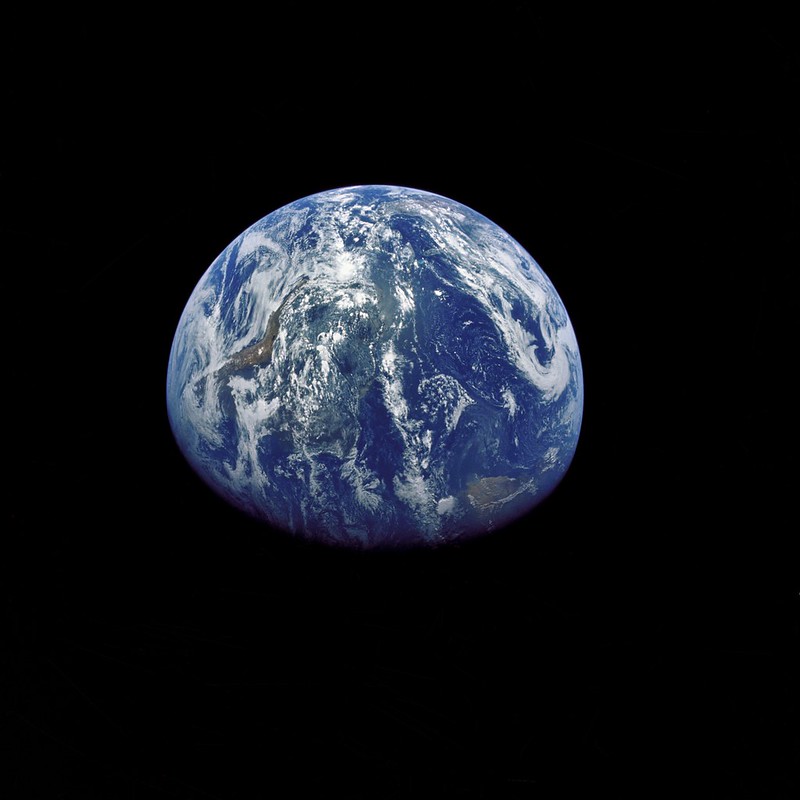 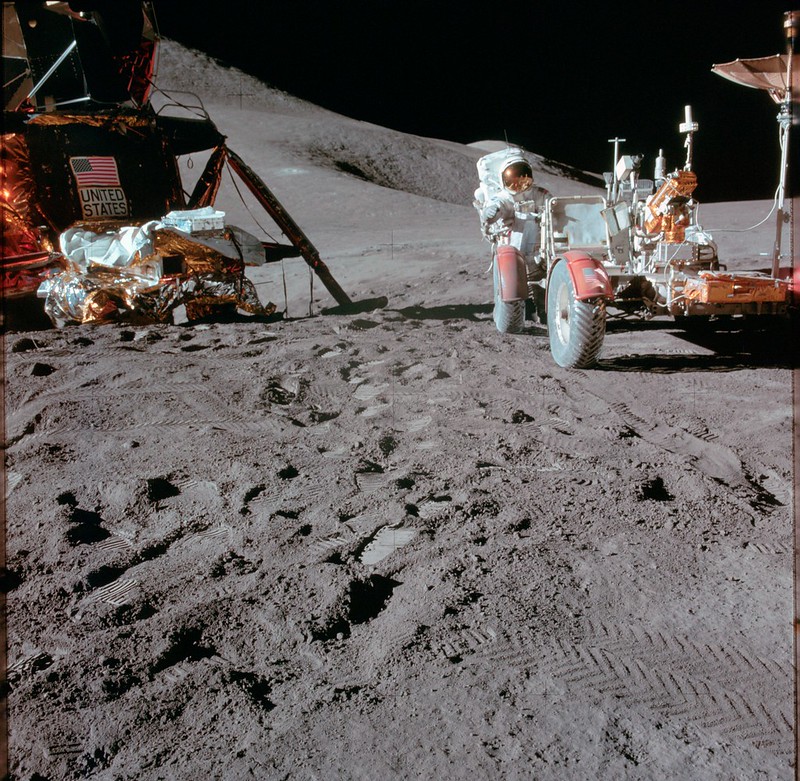 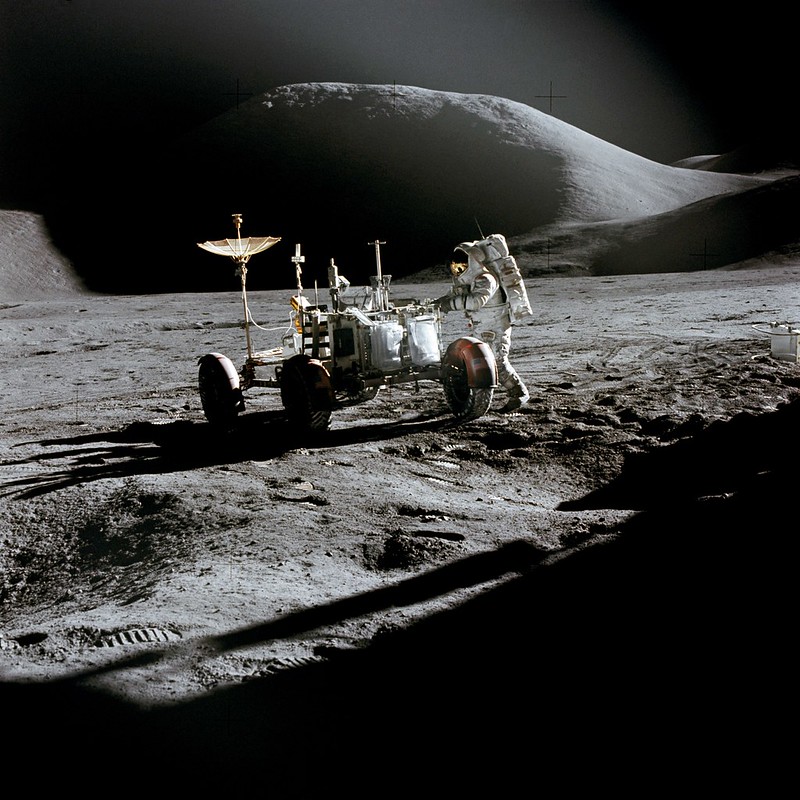 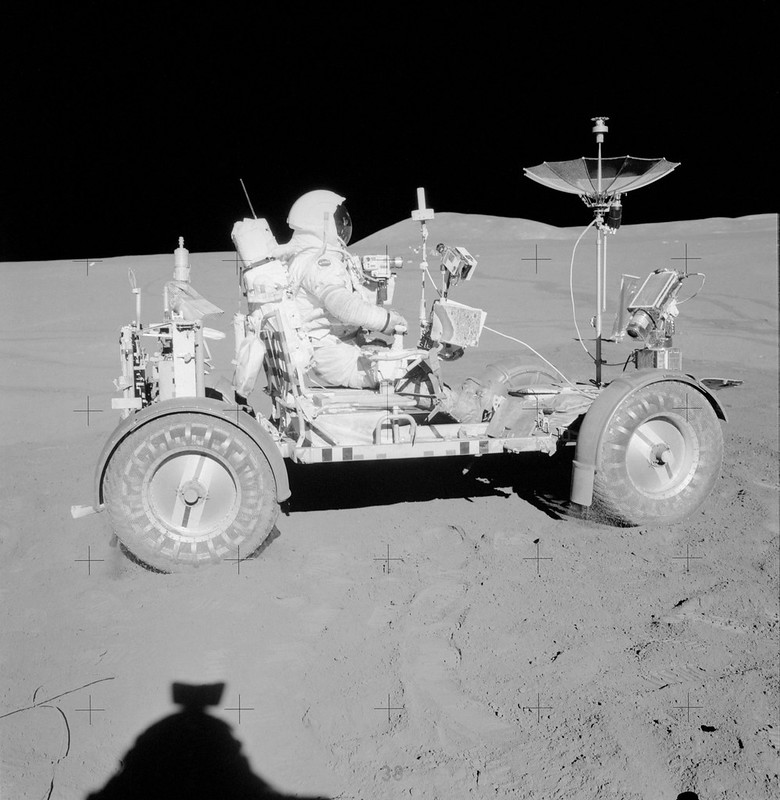 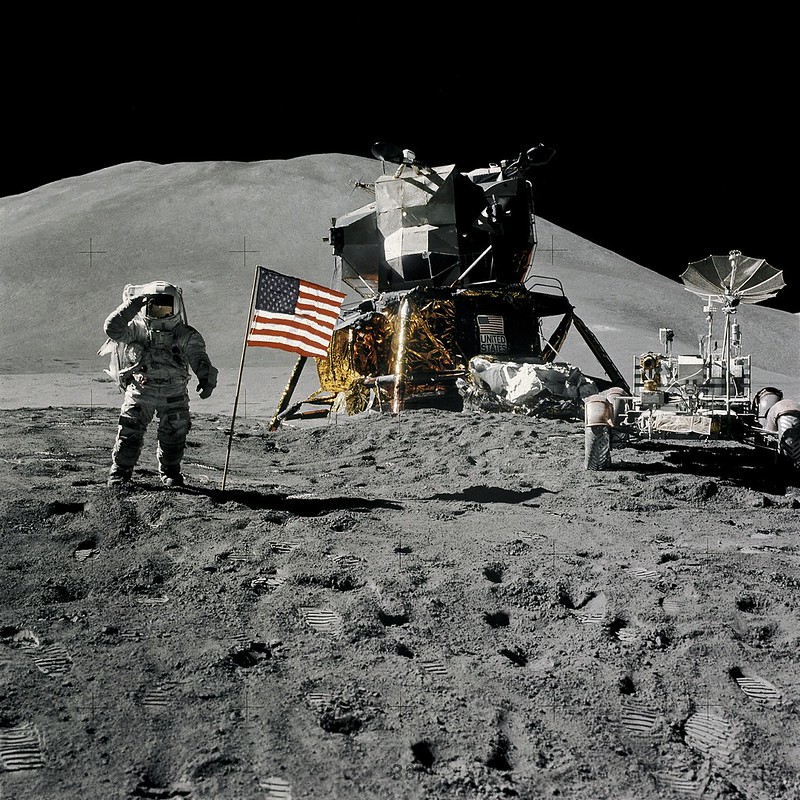 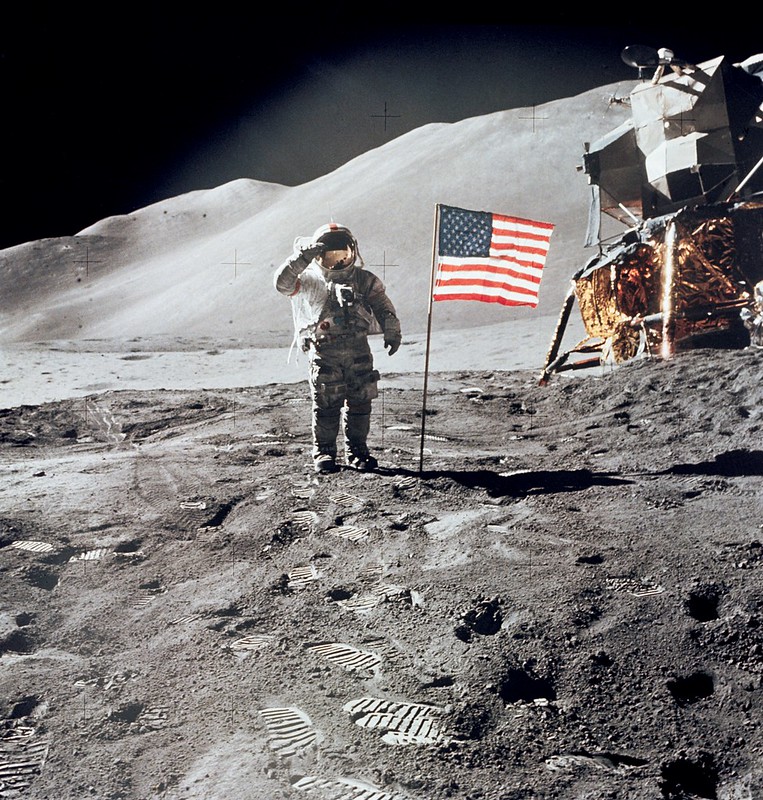 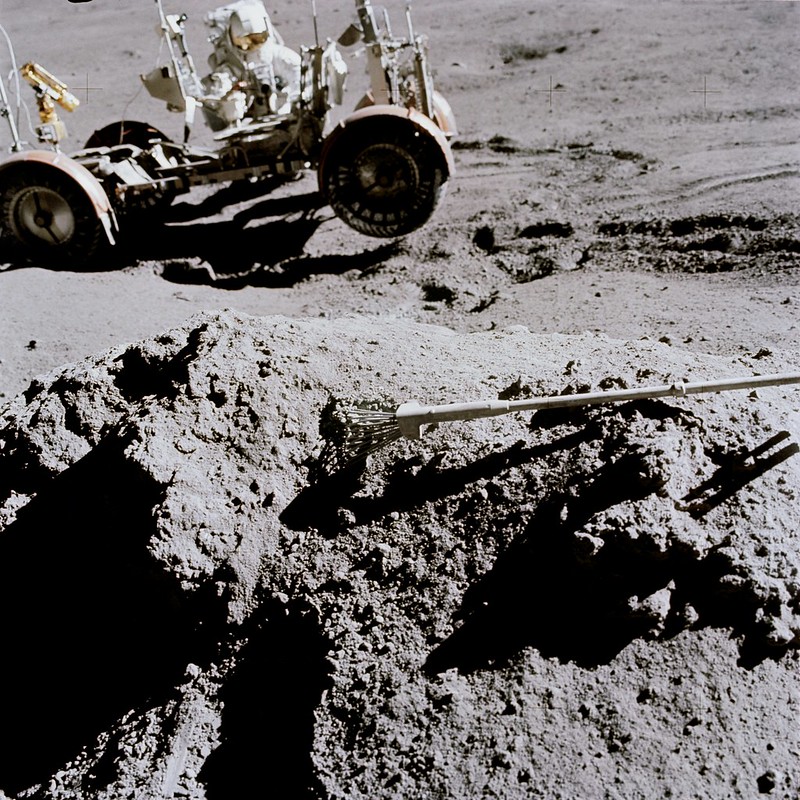 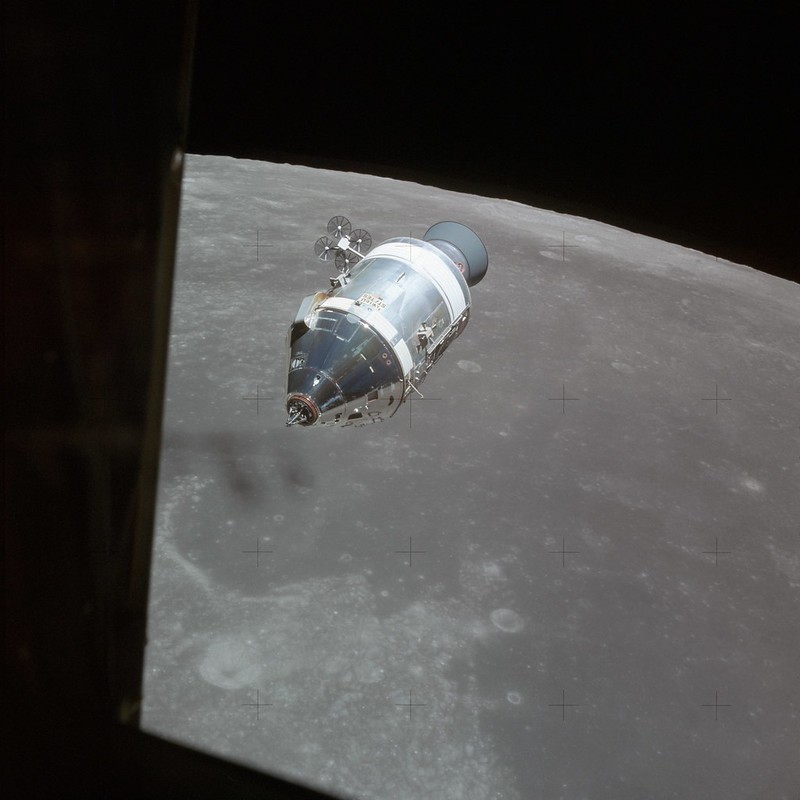 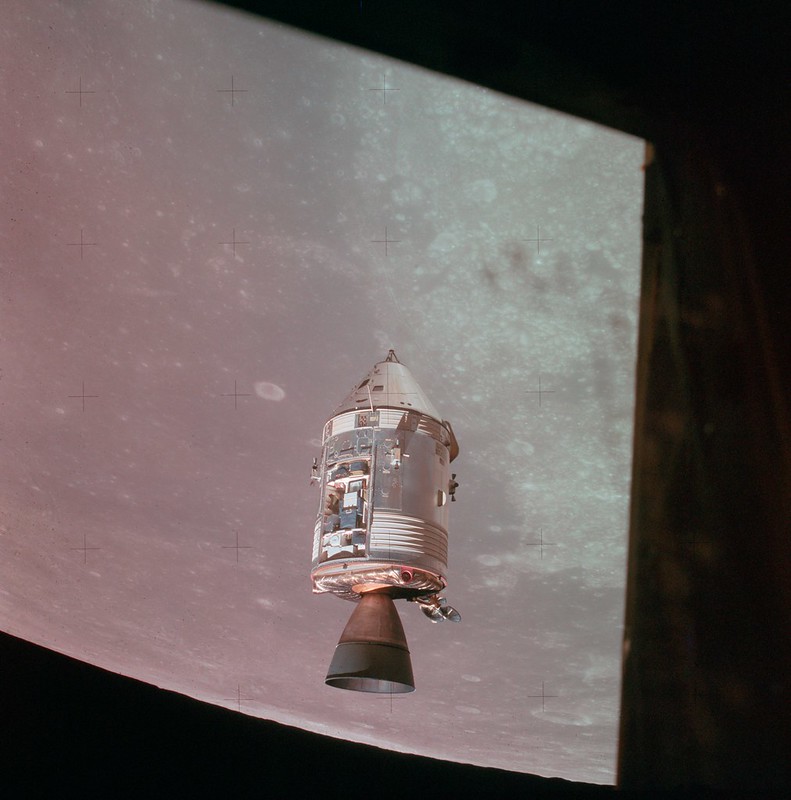 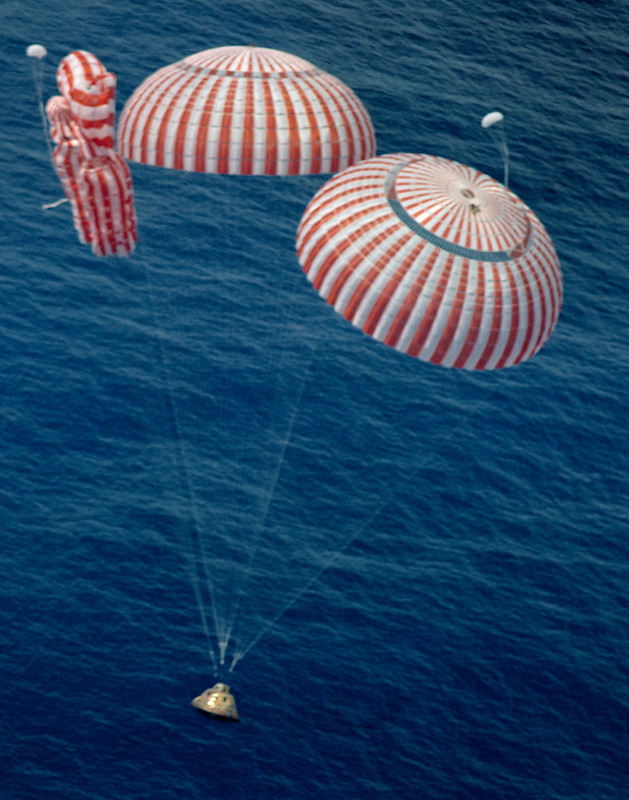 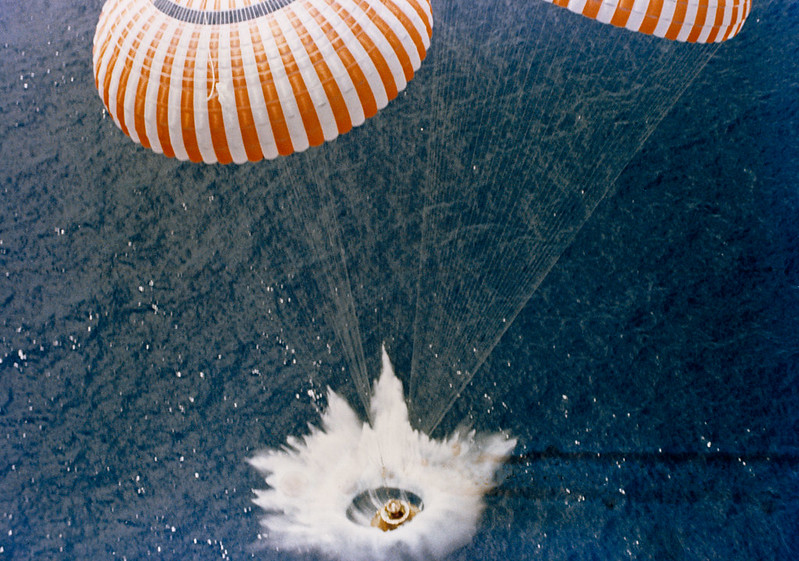 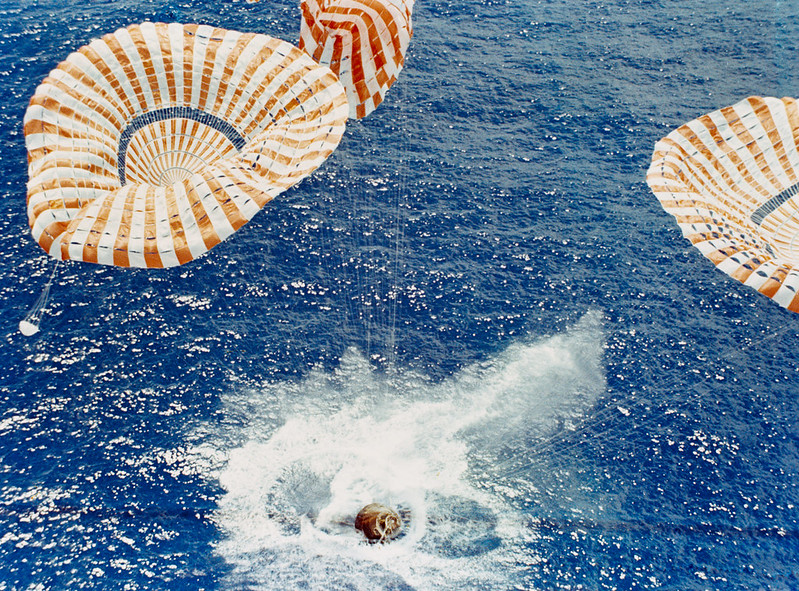 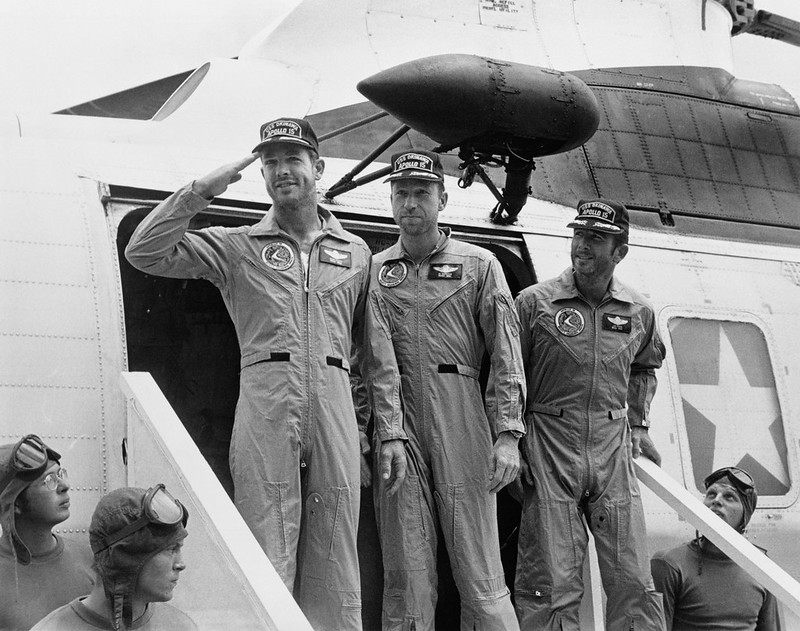