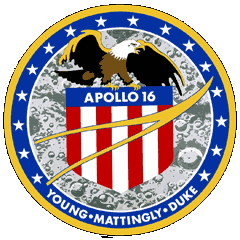 The flight of Apollo 16 proceeded according to plan until the Command Service Module (CSM) and Lunar Module (LM) undocked in lunar orbit.

Shortly after undocking, the CSM began to move in an unusual manner due to an apparent problem in the spacecraft’s thrust vector controls. This required the CSM and LM to remain close together until a decision was given to continue with the mission.

With a successful resolution of the CSM difficulties, the LM descended toward the lunar surface 5 hours, 43 minutes behind schedule.

For the first time, the first steps of the astronauts onto the lunar surface were not televised. A problem with a communications antenna mounted on the LM prevented this transmission.

The first of three Moonwalks by astronauts Young and Duke lasted 7 hours, 11 minutes. During this Moonwalk, the astronauts planted a U.S. flag, deployed the Advanced Lunar Science Experiment Package (ALSEP) and made an excursion in the Lunar Roving Vehicle (LRV) to the Flag Crater.

During the course of this Moonwalk, astronaut Young was notified that the U.S. Congress had approved the critical Fiscal Year 1973 spending on the NASA Space Shuttle program. Without that approval, the Space Shuttle program could have been canceled. Young, who later became the commander of the first Space Shuttle mission, jumped three feet on the lunar surface when he heard the news.

The second Moonwalk lasted 7 hours, 23 minutes. During this Moonwalk, the astronauts used the LRV to make a lunar excursion to Stone Mountain, where they made a number of scientific observations and collected lunar rock and soil samples.

The third Moonwalk lasted 5 hours, 40 minutes. This Moonwalk was cut short because the water supply used to cool LM avionics equipment was running low. More water was used than anticipated during the delay associated with the lunar landing, and NASA had even considered canceling the third Moonwalk as a result.

During this spacewalk, the astronauts used the LRV to make a lunar excursion to Smoky Mountain. During the three lunar excursions, the LRV logged a total of about 17 miles. The LRV also achieved its highest recorded speed on the Moon of 13 m.p.h.

One of the craters visited by the astronauts was the North Ray Crater. At a depth of about 650 feet and width of about one mile, this was the largest crater visited by any of the Apollo astronauts. About 213 pounds of lunar rock and soil samples were collected and returned to Earth. The largest moonrock returned weighed about 25 pounds.

For the first time, a lunar rock was actually returned to the lunar surface. Apollo 16 carried a moonrock that had been collected during Apollo 12. It and other lunar samples were found to be magnetic, creating a theory that the Moon has its own magnetic field.

In addition, fresh Apollo 16 lunar samples were again found to be magnetic, thus confirming the existence of a lunar magnetic field. The Apollo 12 moonrock was left behind on the Moon.

Orion lifted off after a stay on the Moon of 71 hours, 2 minutes. Water used to cool LM avionics equipment ran out just moments after the LM and CSM docked. As was the case in Apollo 15, a scientific subsatellite was released into lunar orbit from the CSM.

A spacewalk was conducted during the return trip to Earth. Attached to the CSM by a tether, astronaut Mattingly made two trips to and from the Scientific Instrument Module (SIM) bay mounted to the exterior of the CSM Service Module (SM).

Mattingly retrieved a film canister and exposed a Microbial Ecological Evaluation Device to space for about ten minutes. He also examined the exterior of the CSM. This spacewalk lasted 1 hour, 24 minutes. The return to Earth, splashdown and recovery were nominal. 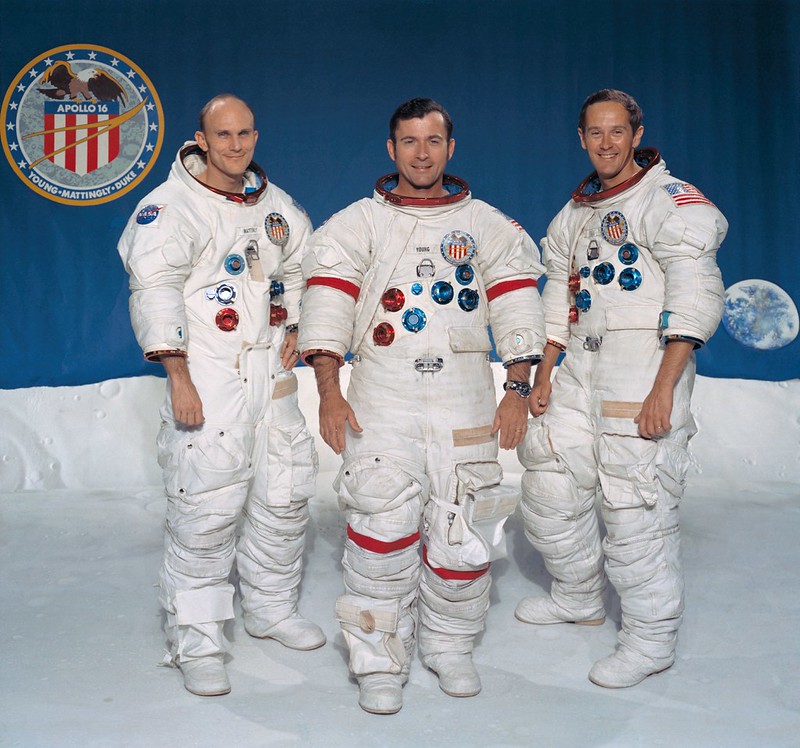 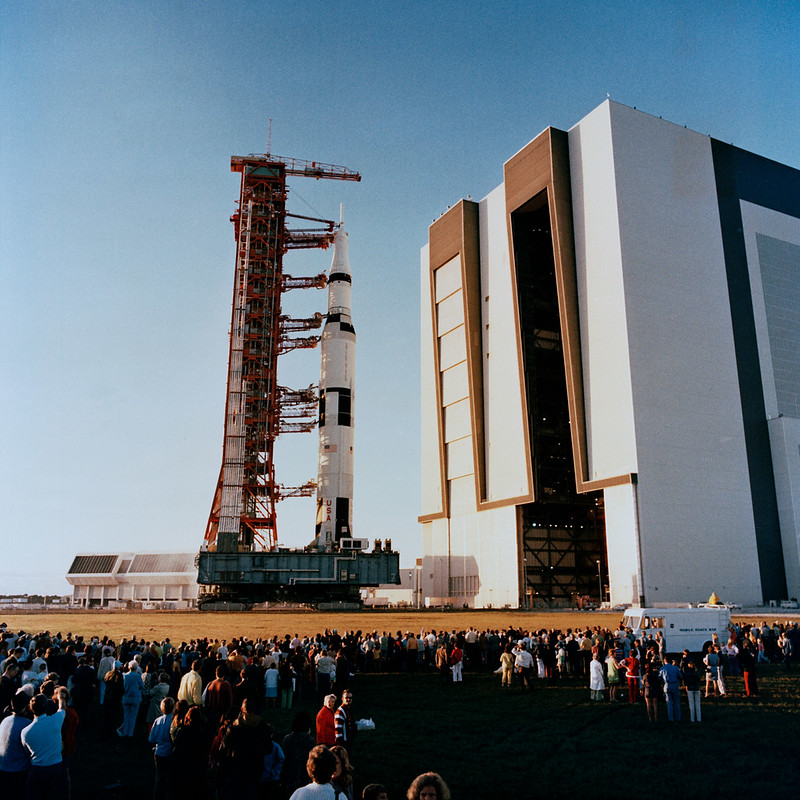 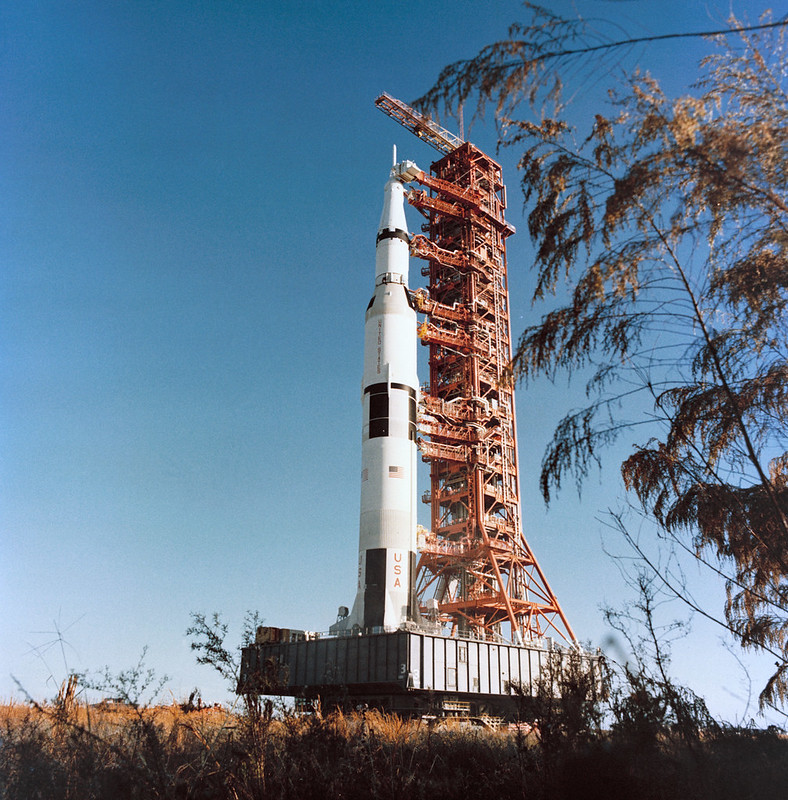 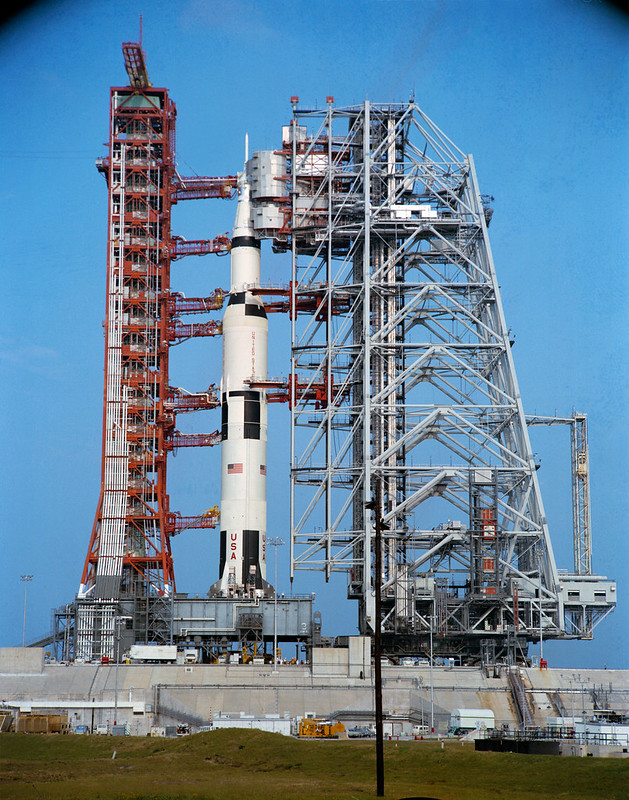 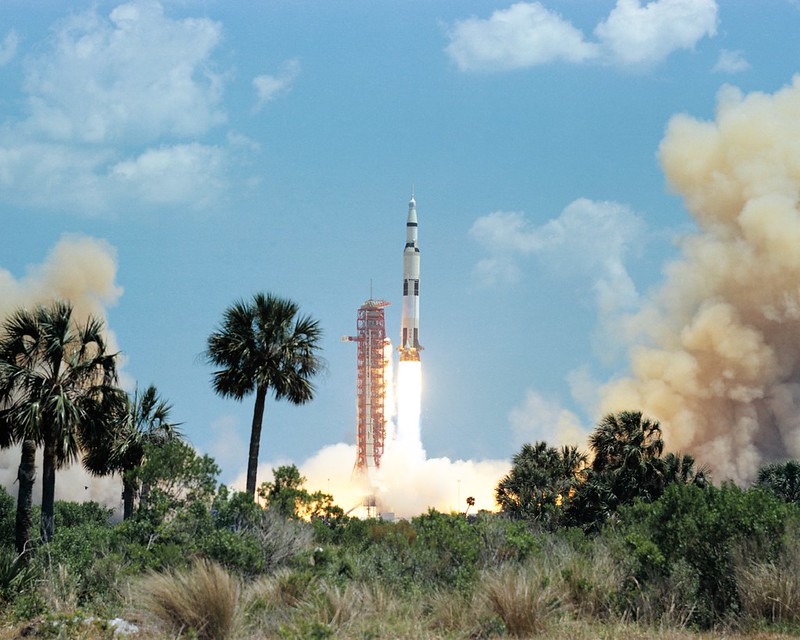 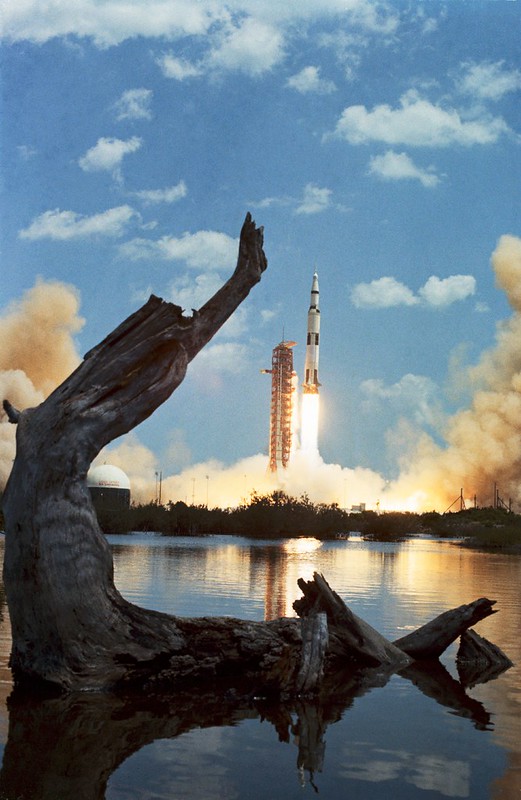 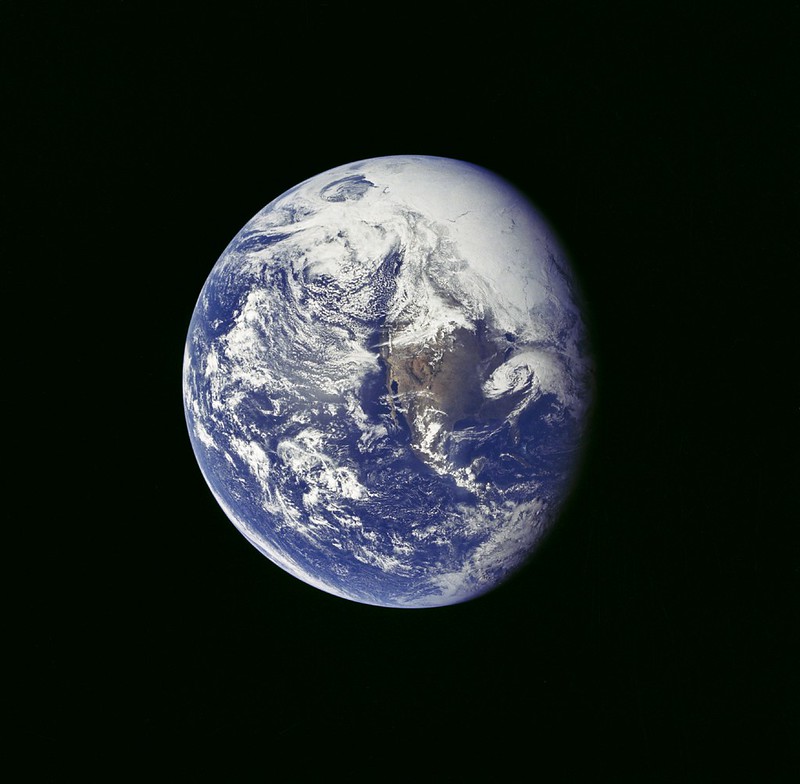 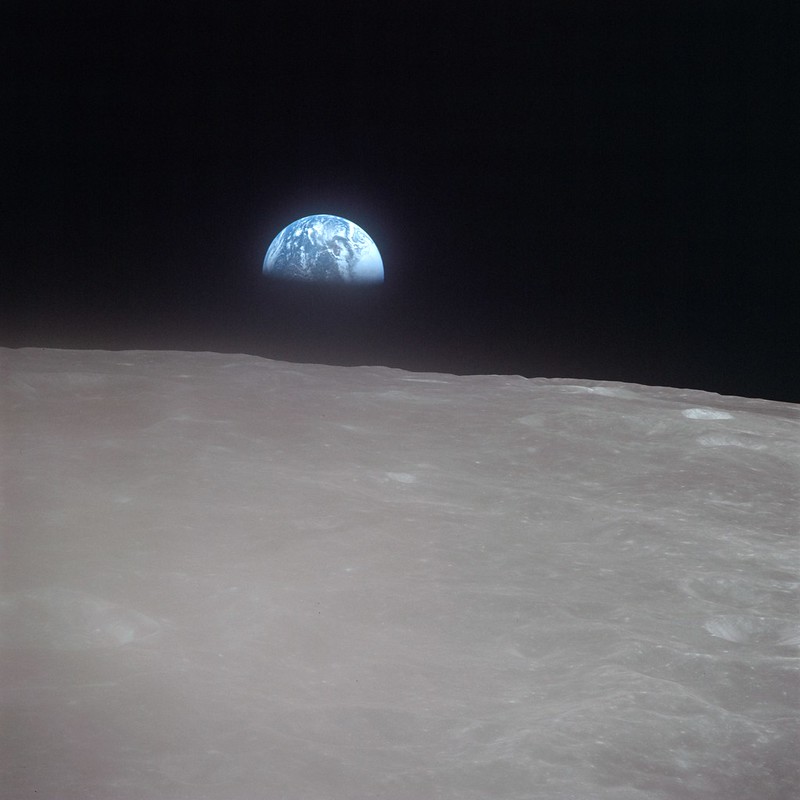 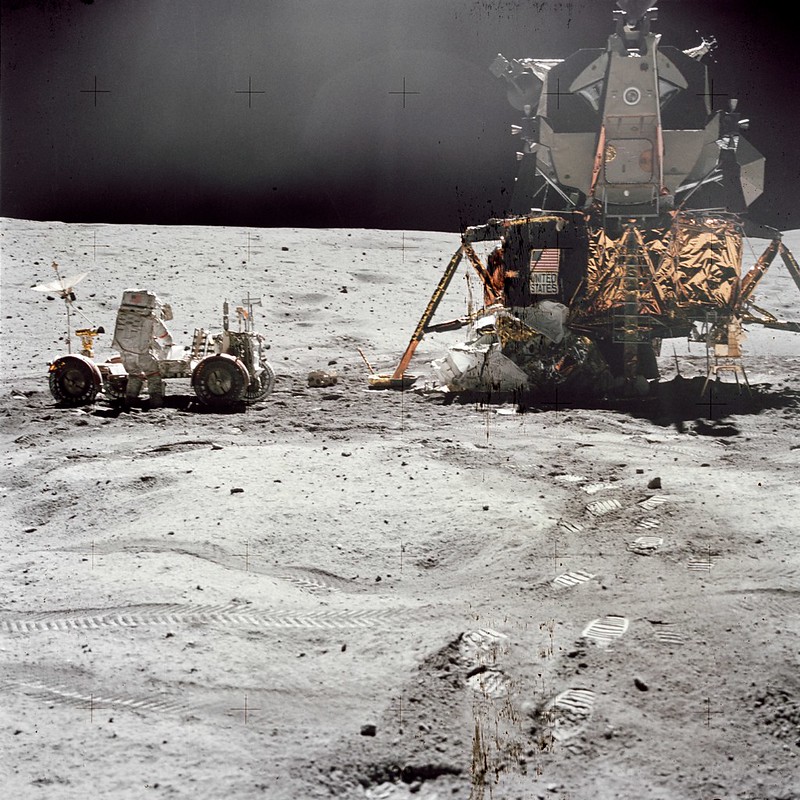 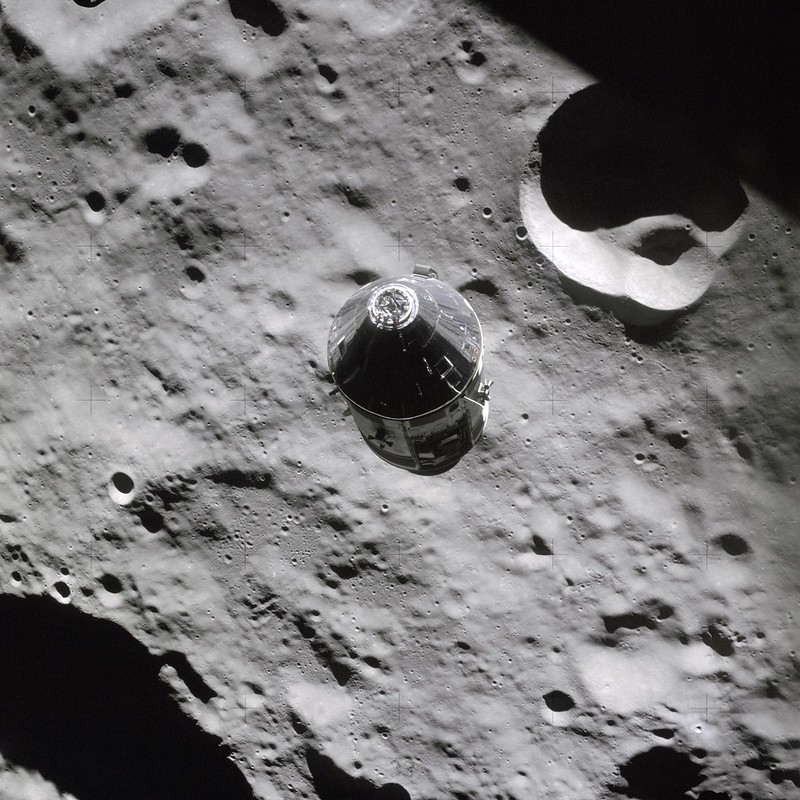 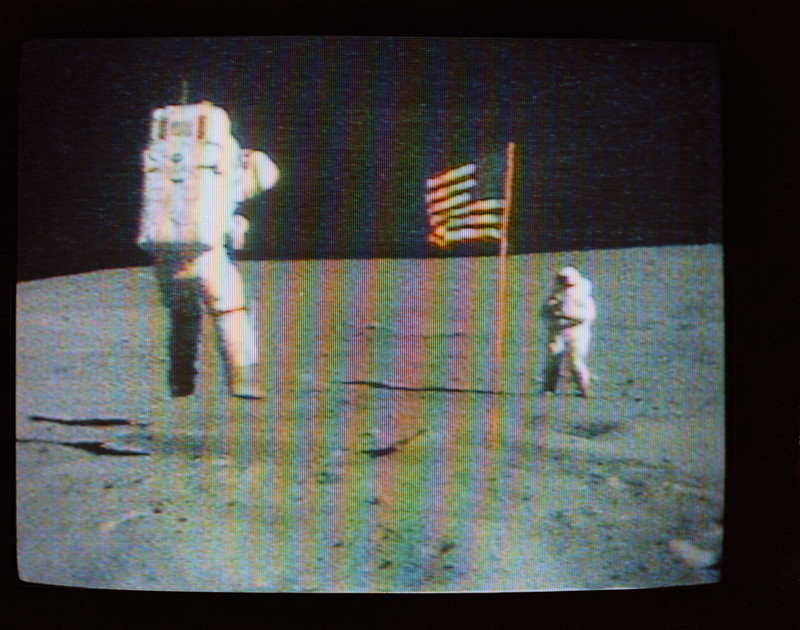 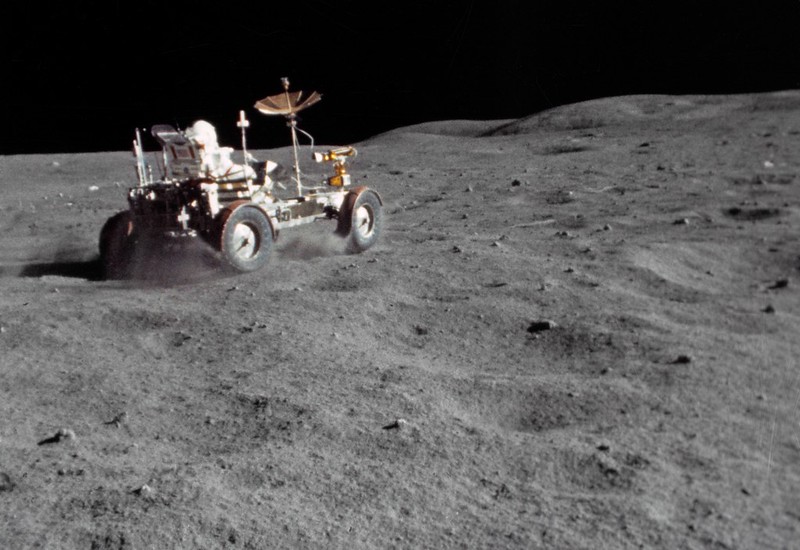 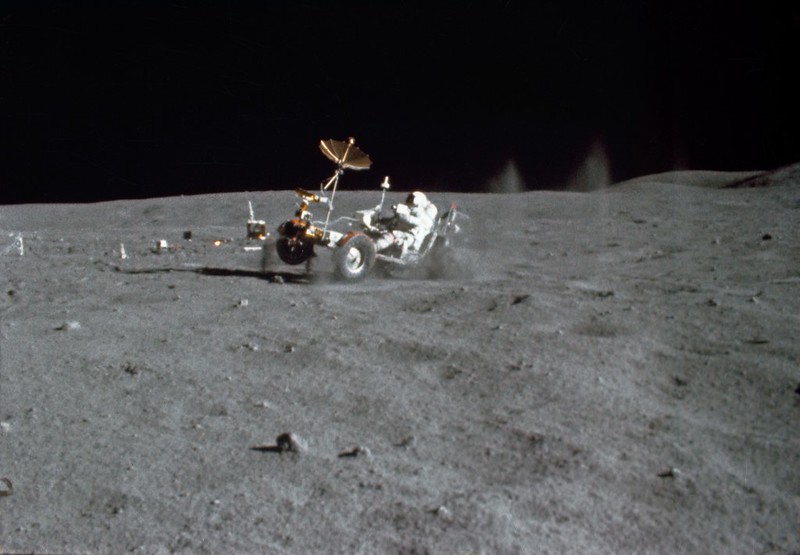 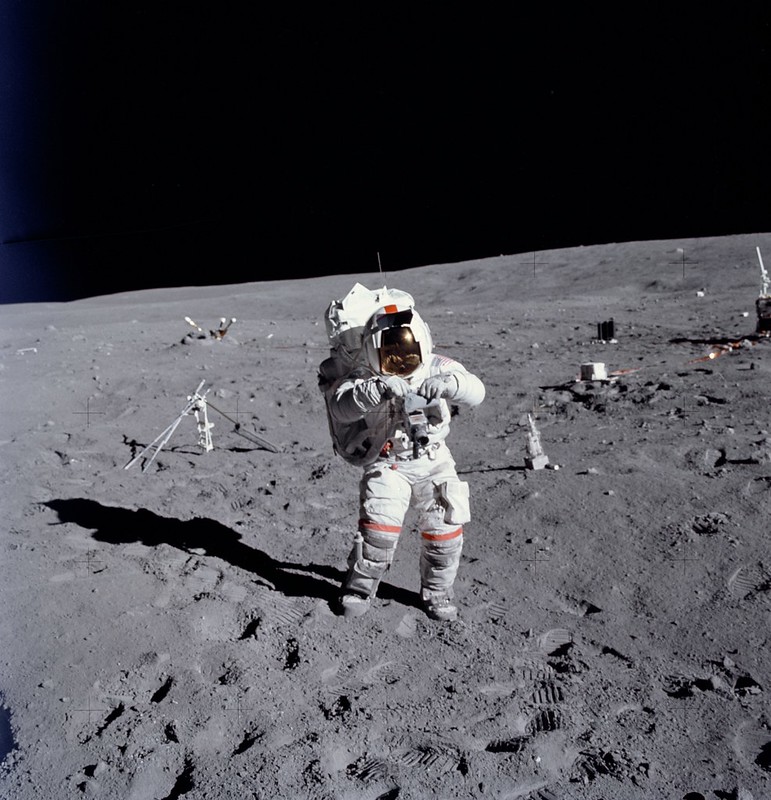 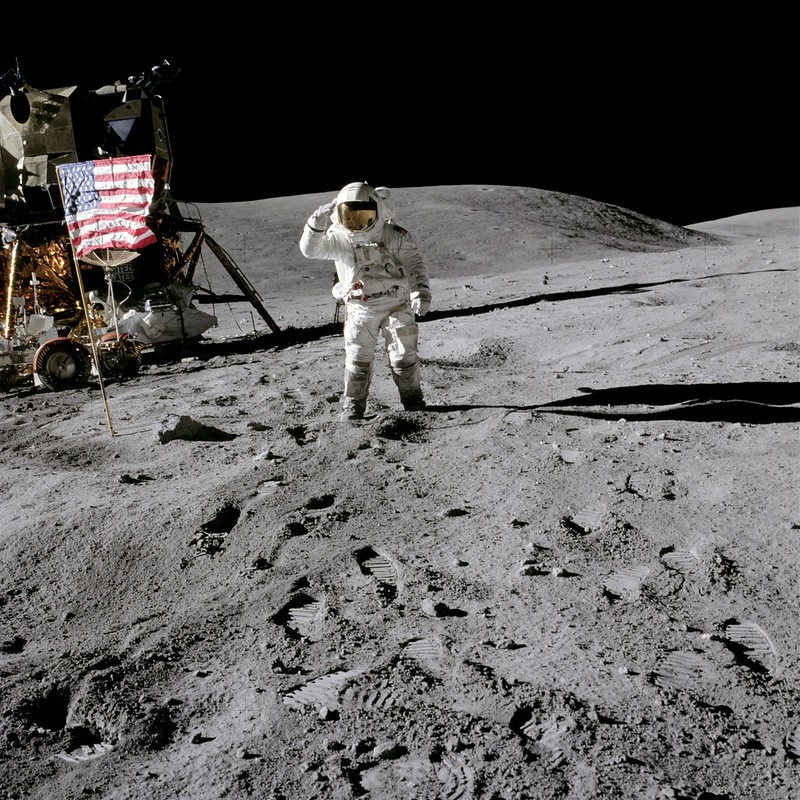 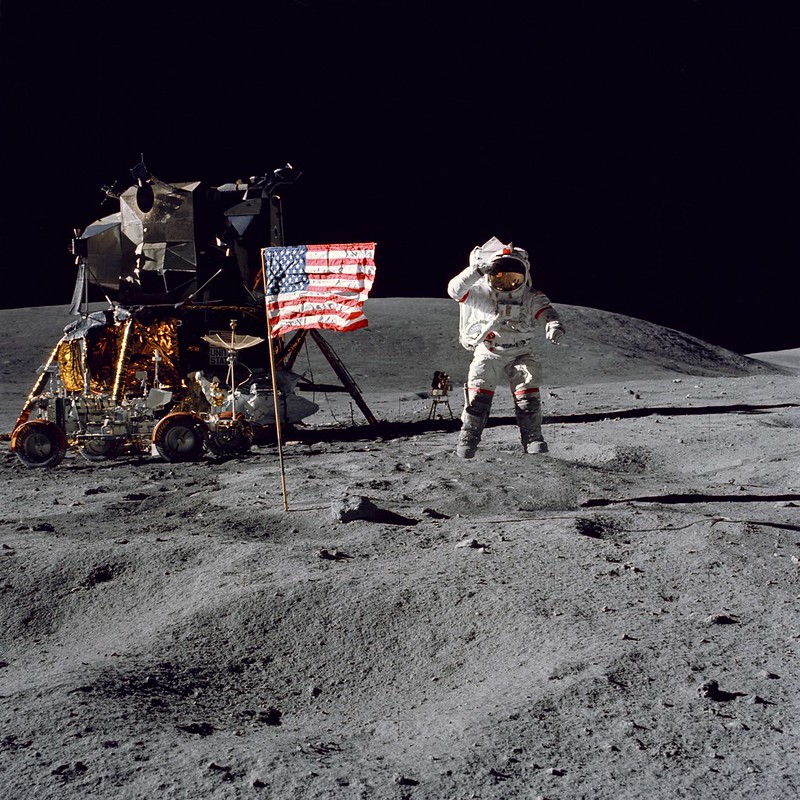 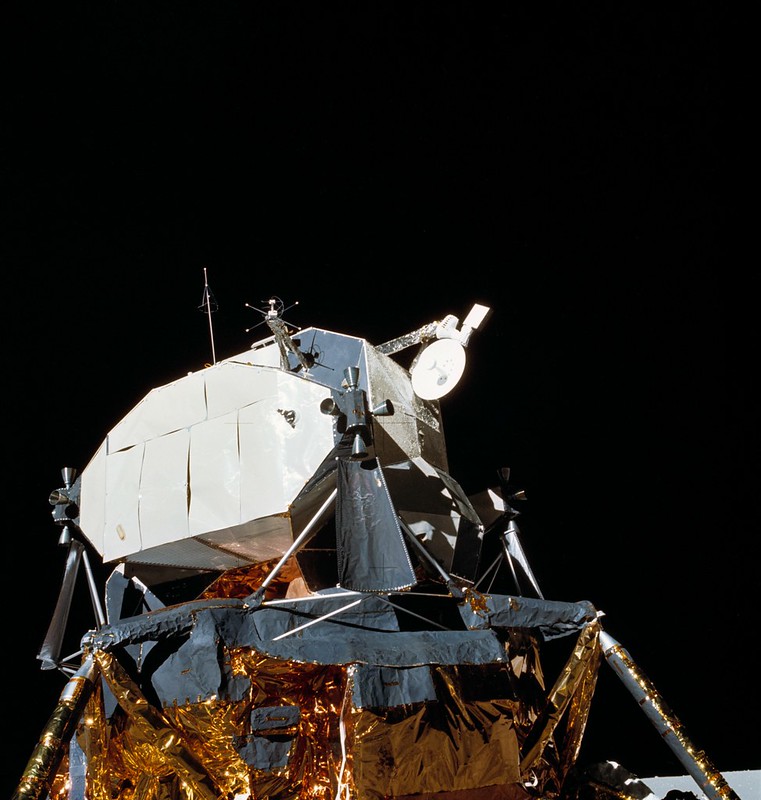 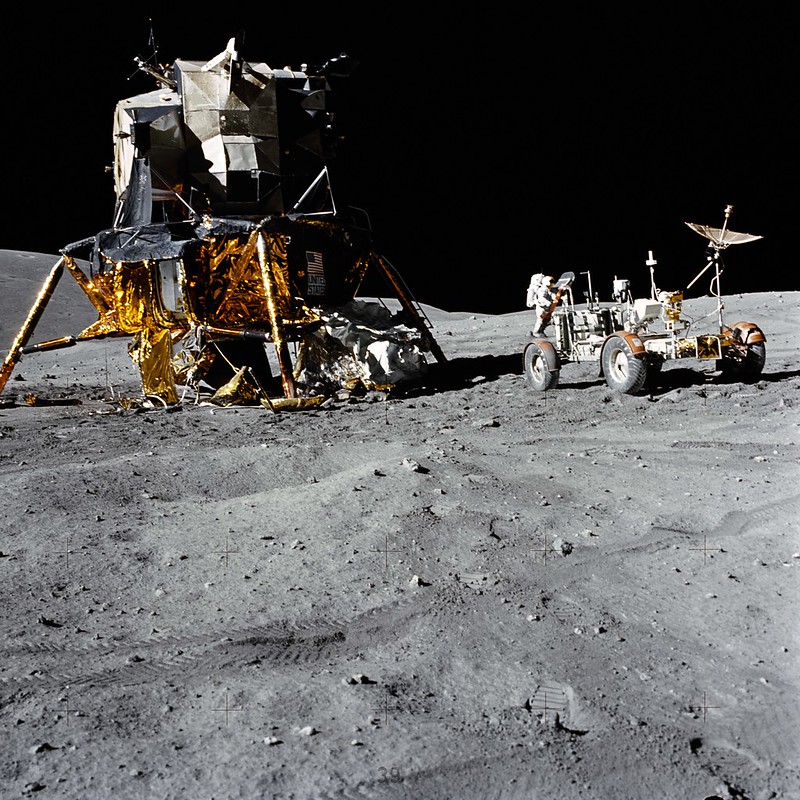 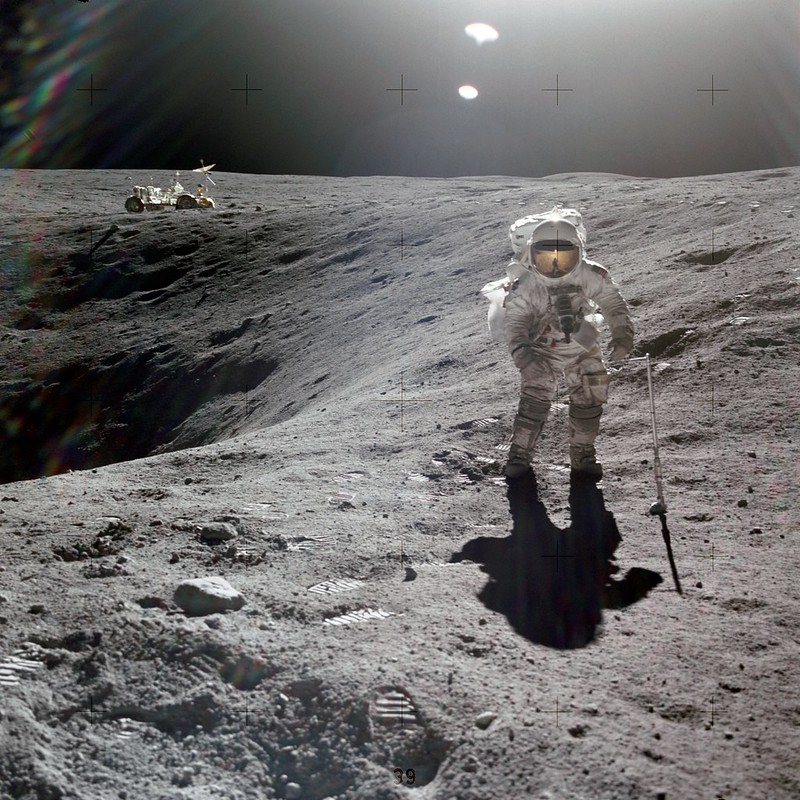 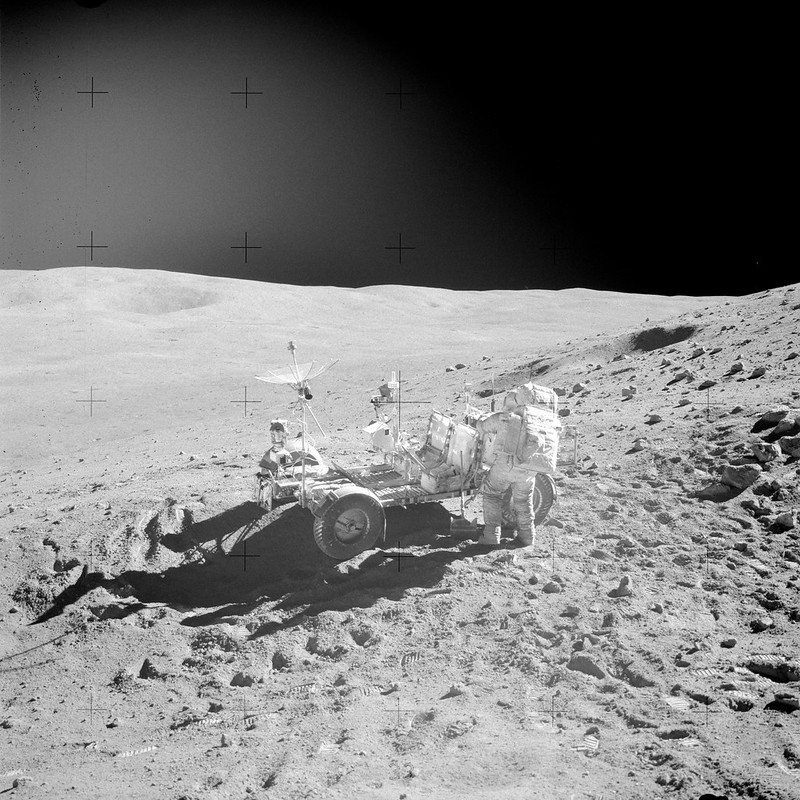 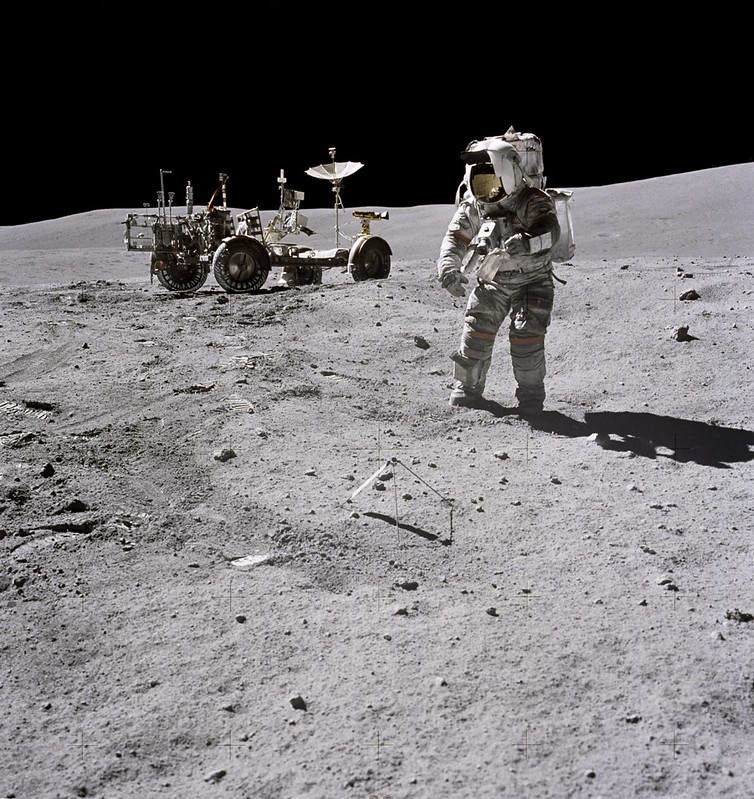 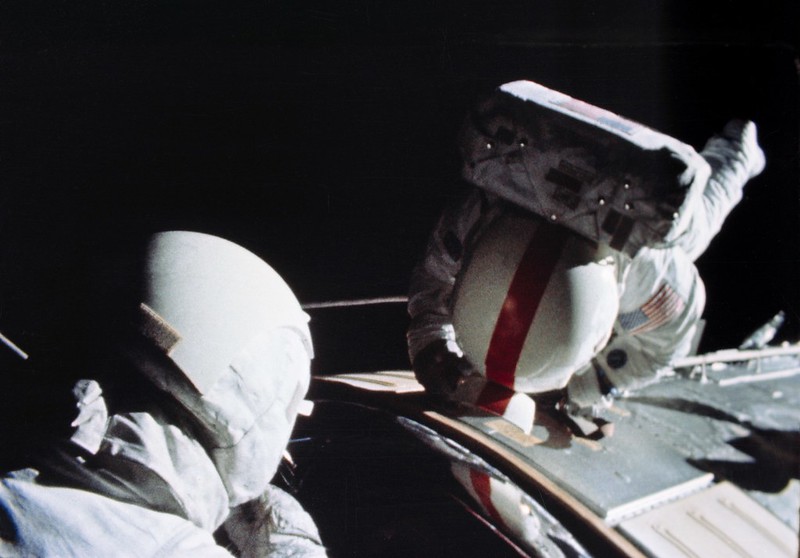 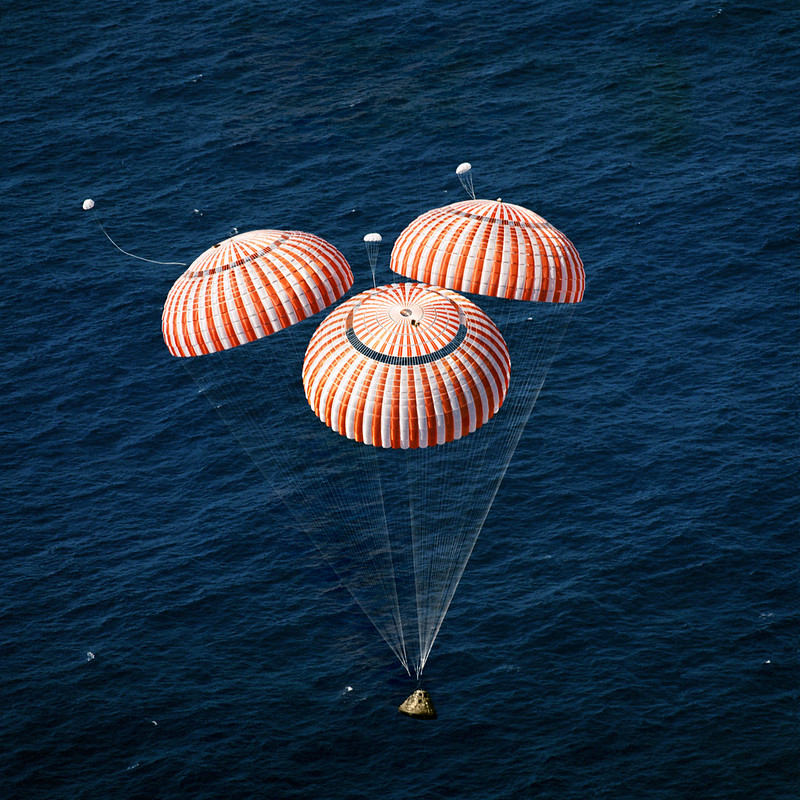 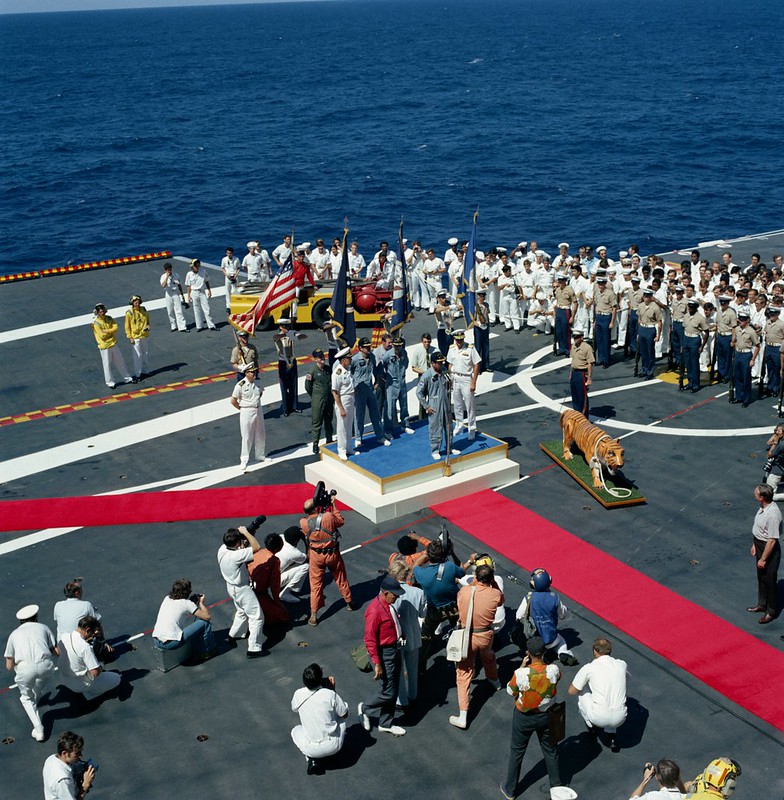