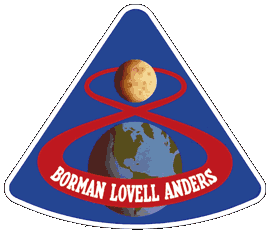 Although Apollo 8 had originally been envisioned as an Earth-orbit checkout mission only, NASA decided to attempt an ambitious round-trip flight to the Moon instead.

Apollo 8 had been intended as the first flight of the Command Service Module/Lunar Module (CSM/LM) combination. However, LM manufacturer Grumman was not able to deliver an operational LM to NASA prior to the conclusion of 1968, so NASA opted on a CSM trip to the Moon.

Rumors had also been widely circulated that the Soviet Union was nearly ready to attempt a manned orbit of the Moon, so NASA was able to knock off two birds with one stone. Not only was this the first manned flight to and from the Moon, Apollo 8 served to validate many of the technical procedures necessary to support upcoming lunar missions.

It was also the world’s first manned flight to escape the influence of Earth’s gravity. Achieving a top speed of 24,593 m.p.h., Apollo 8 broke existing manned speed records, as well as topped the existing distance record that humans had traveled away from Earth.

Also for the first time, astronauts communicated via radio and television from lunar distance to Earth. Two television transmissions were made enroute to the Moon, two were made in lunar orbit and two were made during the return flight to Earth.

And, for the first time, astronauts were able to view the entire Earth from space, as well as view the far side of the Moon. Another first achieved during Apollo 8 was the first capsule splashdown in darkness.

The S-IVB third stage and Apollo 8 spacecraft were launched into a low-Earth parking orbit to checkout on-board and ground systems. During the second orbit, the S-IVB stage was re-ignited, boosting the vehicle to an initial trans-lunar coast velocity of 24,593 m.p.h.

The Apollo 8 spacecraft and S-IVB booster were then separated. The S-IVB was fired away from the spacecraft toward a solar orbit, while Apollo 8 headed on toward the Moon. As was the case for Apollo 7, a Lunar Module (LM) was not flown during this mission.

The spacecraft’s lunar trajectory required only minor mid-course corrections. Apollo 8 passed ahead of the Moon at a distance of about 71 miles at a speed of 5,720 m.p.h.

At 4:59 a.m. EST on December 24, 1968, while on the far side of the Moon, the spacecraft’s Service Propulsion System (SPS) engine was fired to place it in lunar orbit.

The crew read passages from the Bible’s Book of Genesis on Christmas Eve in one of the most memorable and widely repeated broadcasts from space.

At 1:10 a.m. EST on Christmas Day, December 25, 1968, again on the far side of the Moon, the spacecraft’s SPS engine was ignited to accelerate it out of lunar orbit. Astronaut Lovell remarked, “Please be informed…there is a Santa Claus,” as the spacecraft began its way back to Earth.

Initial trans-Earth velocity was 6,035 m.p.h. and only one mid-course correction was required during the return flight. At about 10,357 miles from Earth, the Command Module (CM) and Service Module (SM) separated.

Just 15 minutes later, the Apollo 8 CM entered Earth’s atmosphere at 24,243 m.p.h. The spacecraft ended its historic flight to the Moon and back by splashing down a remarkable three miles from the recovery vessel. 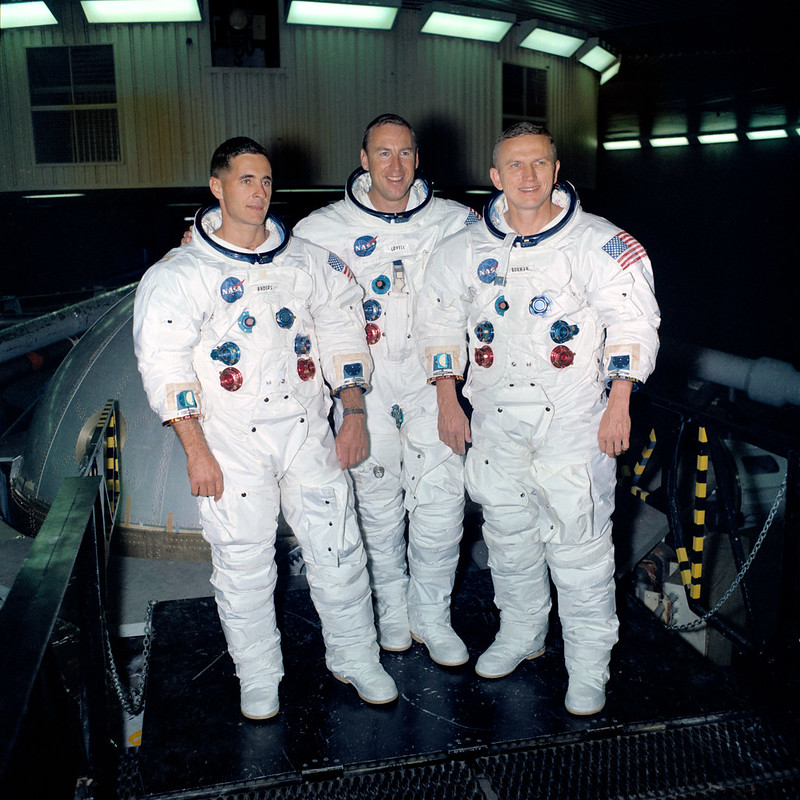 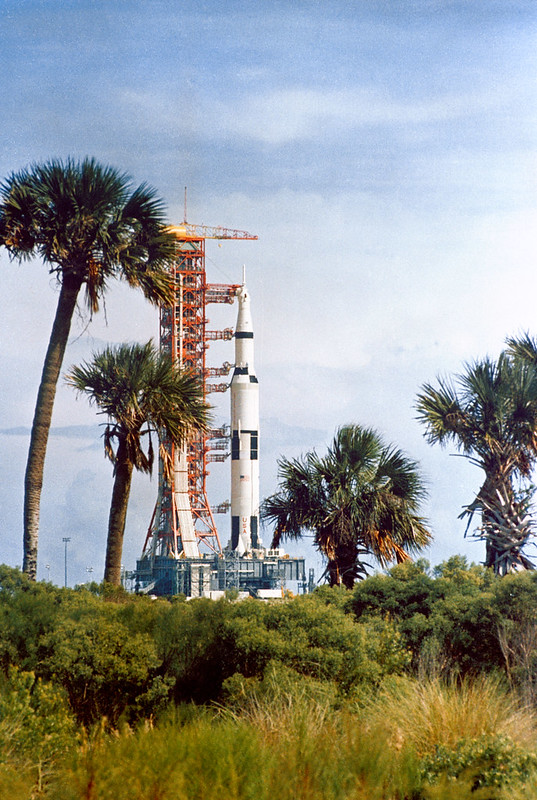 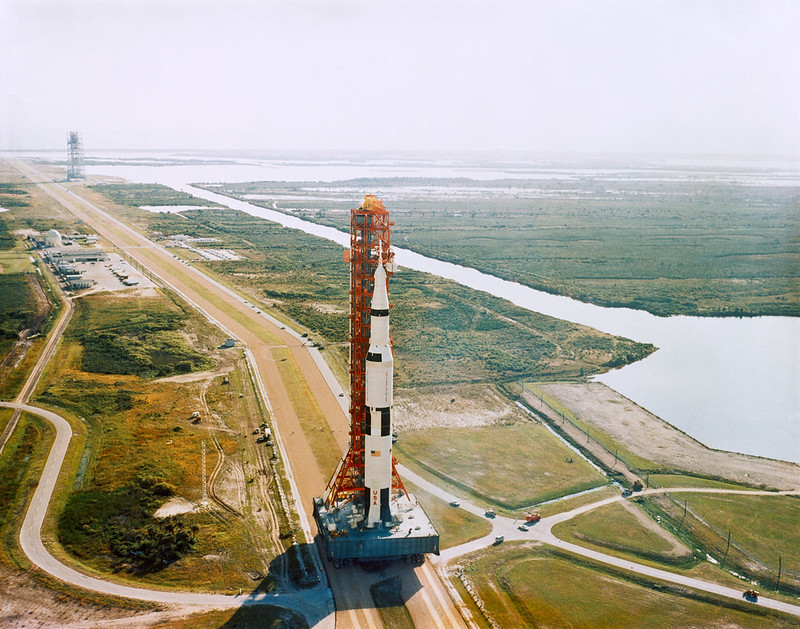 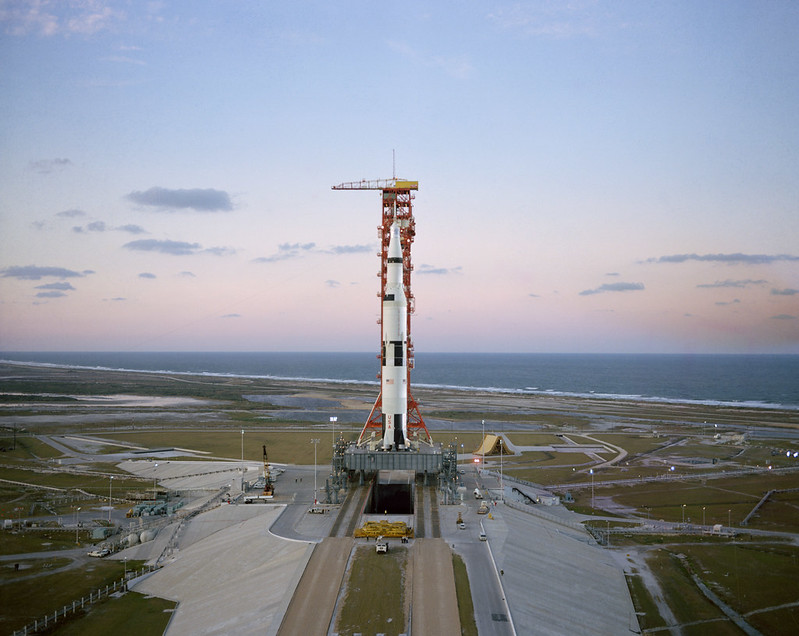 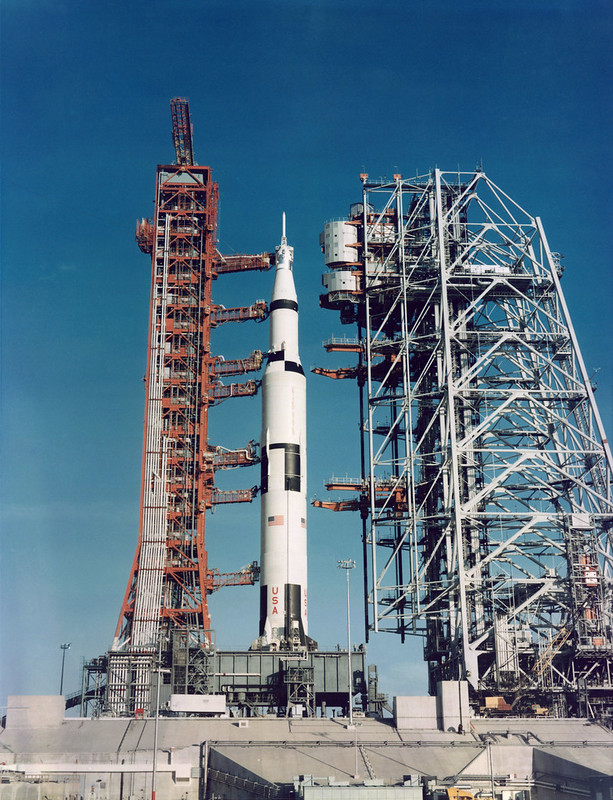 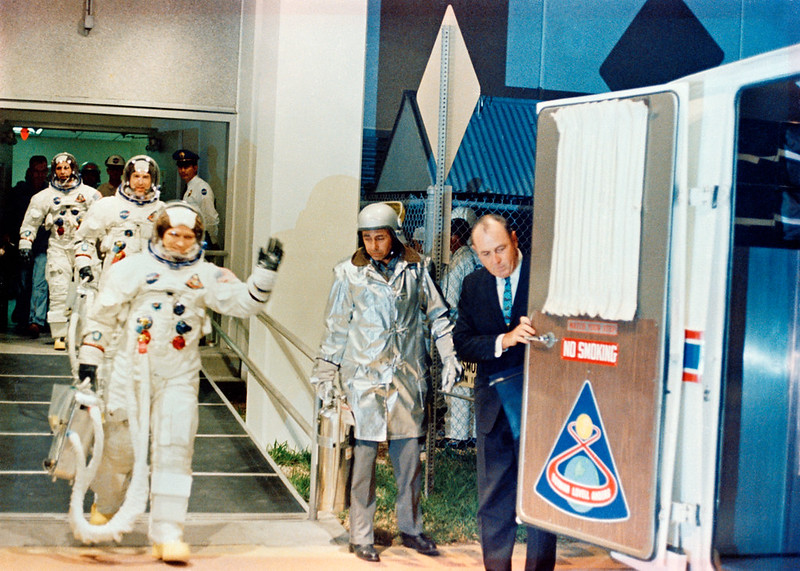 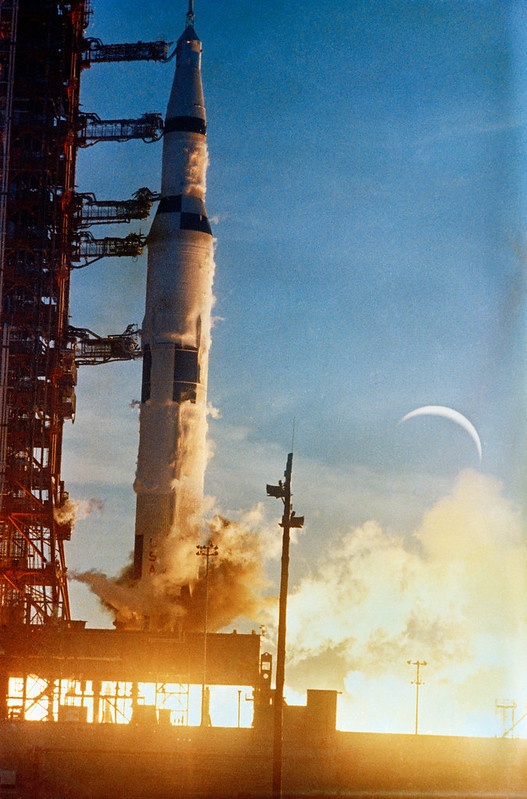 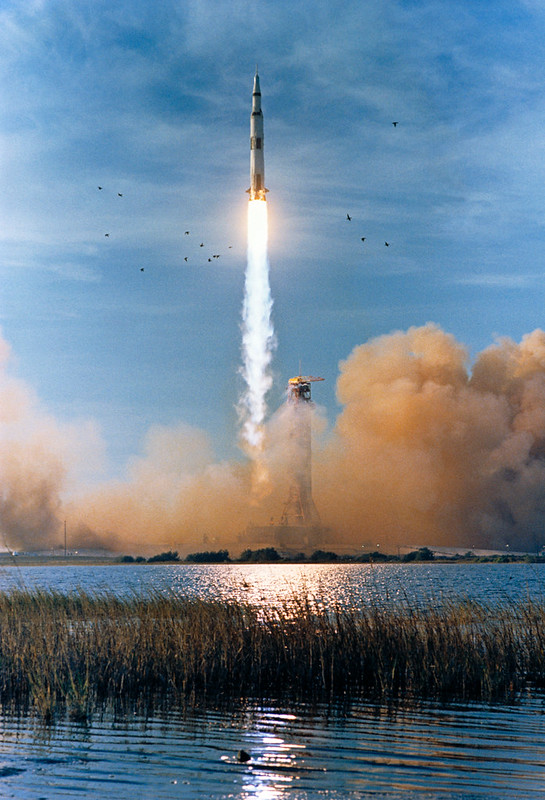 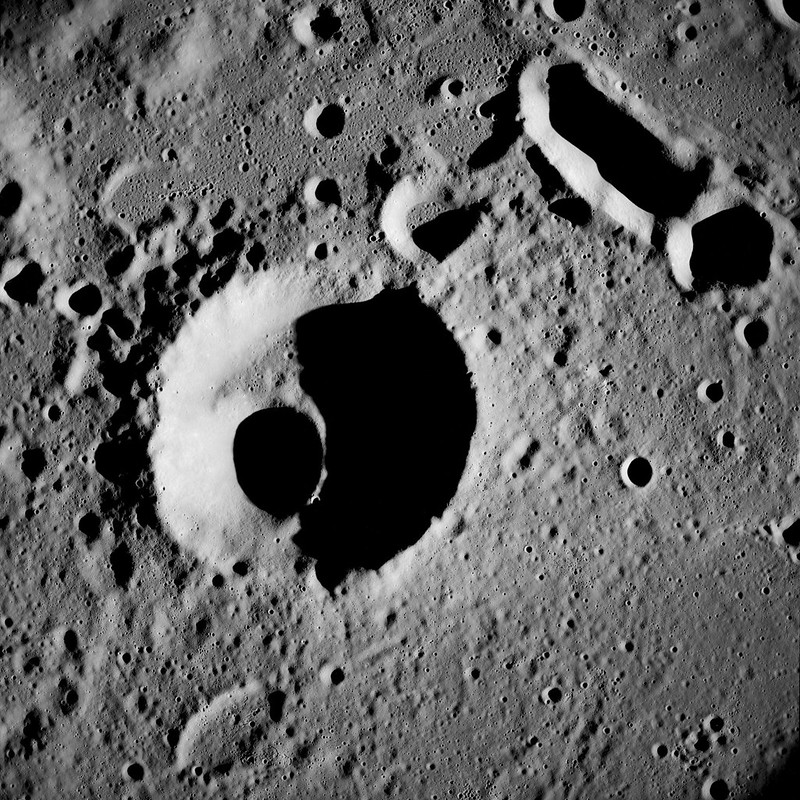 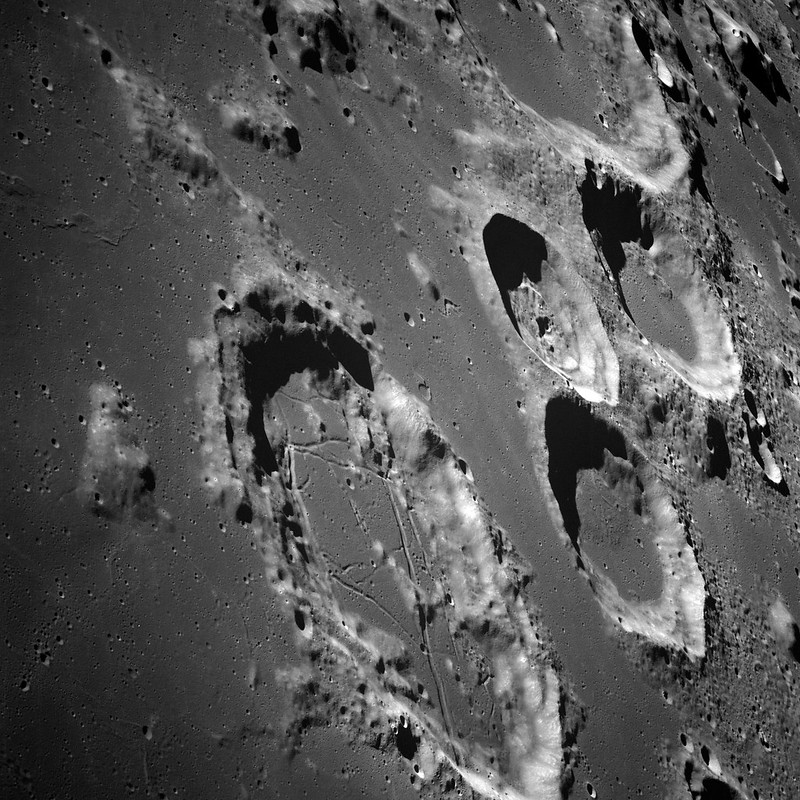 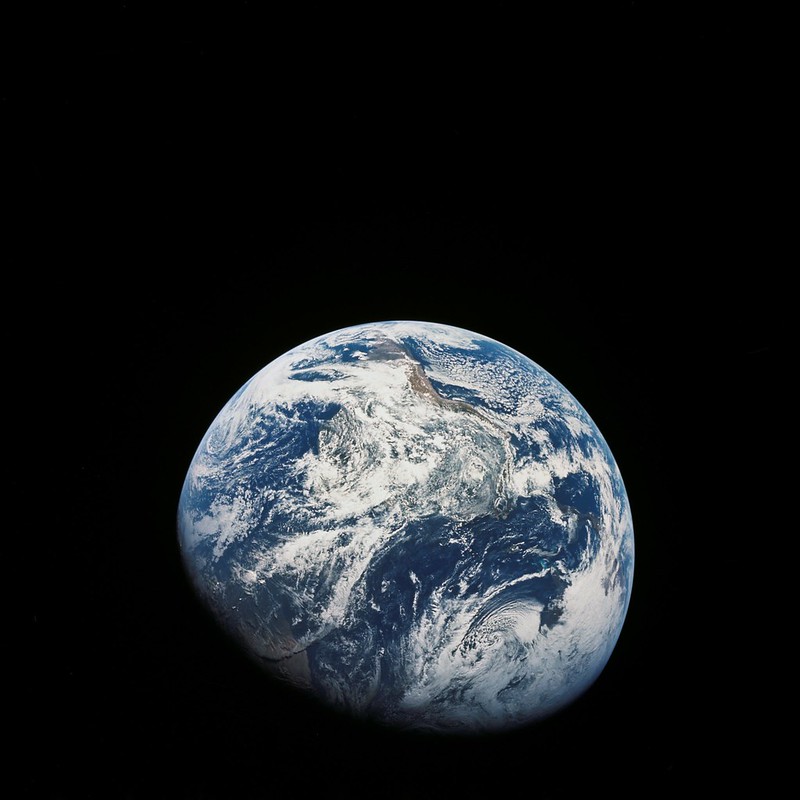 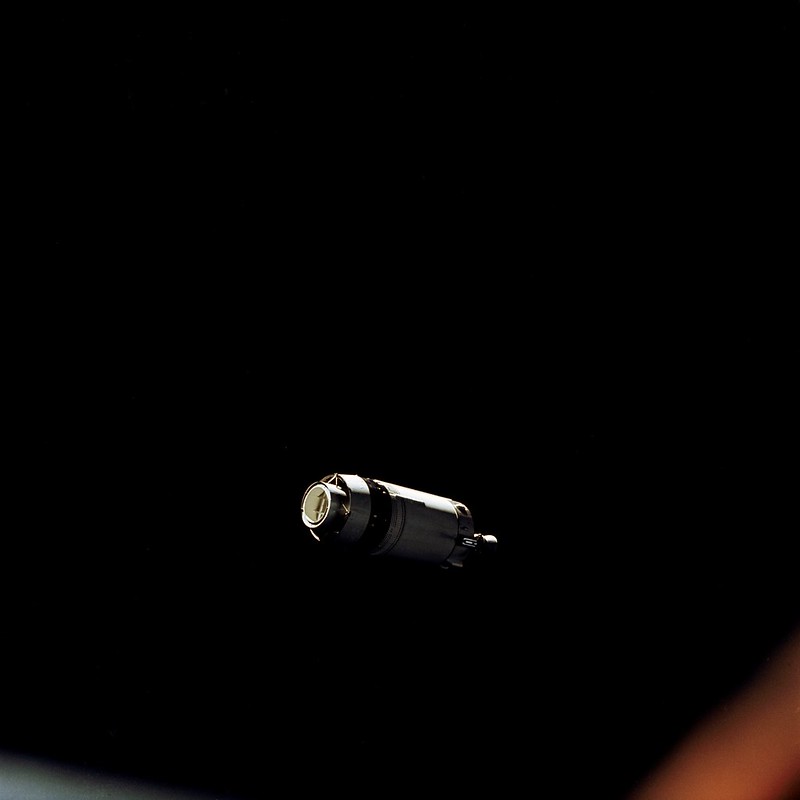 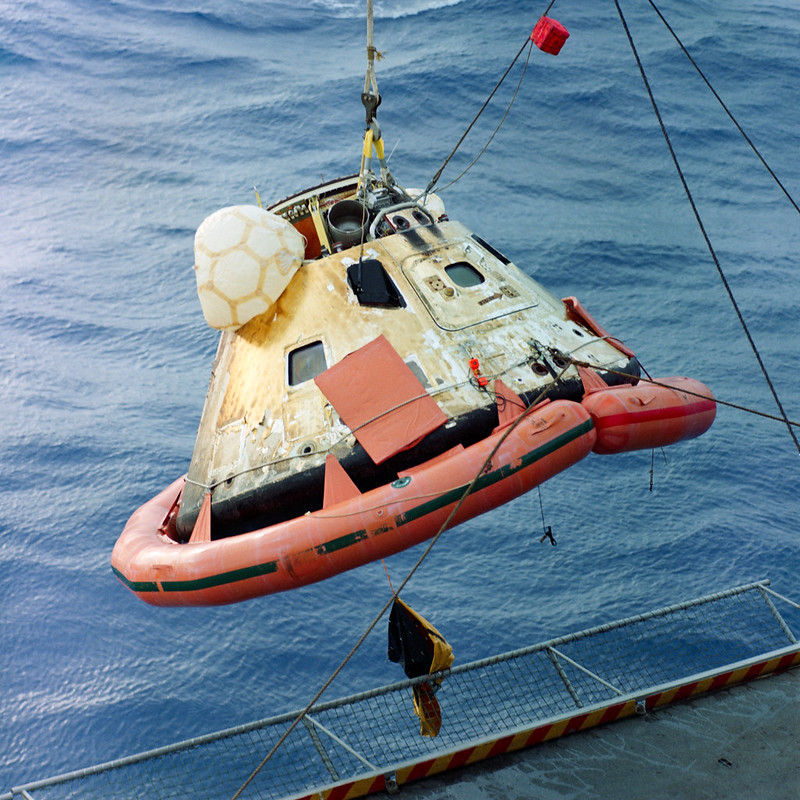 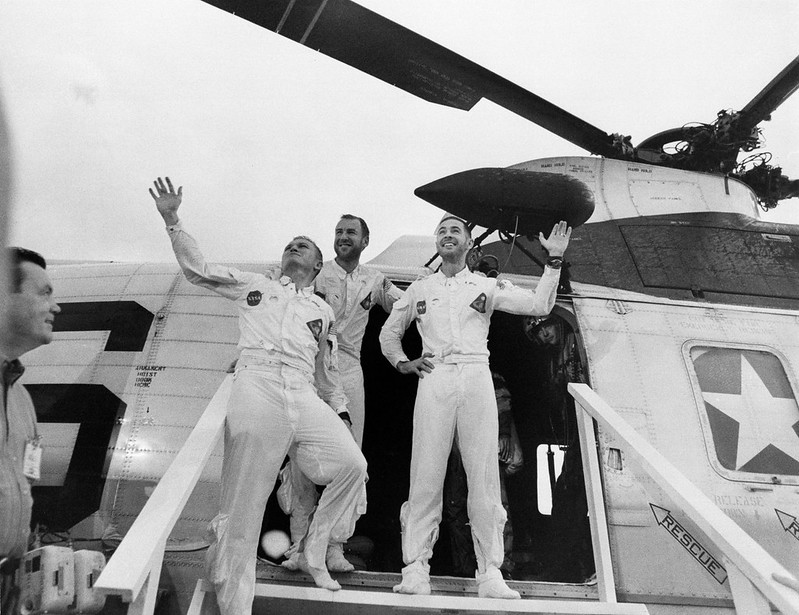