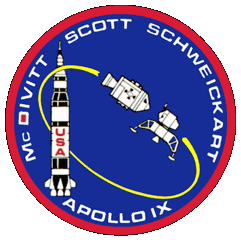 Also for the first time, U.S. astronauts were transferred from one space vehicle to another. The first separation, rendezvous and redocking of two spacecraft were also achieved.

And, for the first time, an astronaut performed a spacewalk completely free of capsule-based life support equipment.

Launch was delayed three days due to a minor viral infection contracted by all three primary crew members.

Following launch, the S-IVB third stage and spacecraft were boosted to a low-Earth orbit. The Apollo 9 CSM separated from the S-IVB, turned around and docked with the LM and removed it from the Spacecraft Lunar Adapter (SLA) attached to the S-IVB.

Having fulfilled its purpose, the S-IVB booster was then re-ignited and placed in an Earth-escape trajectory, but propellant dumping which would facilitate the booster’s Earth-escape velocity did not occur as planned, and Earth-escape was not achieved.

The CSM Service Propulsion System (SPS) engine was fired four times with the CSM and LM docked. The LM descent engine was also fired while the two spacecraft were docked.

The SPS engine was fired a fifth time. Astronauts McDivitt and Schweickart boarded, then undocked, the LM from the CSM and maneuvered away from and back to the CSM using the LM descent and ascent engines, as would be done before and after an actual lunar landing.

The LM flew independently of the CSM for over six hours, at times at a distance of 100 miles and out of view of the CSM. The LM descent stage was jettisoned and left behind in low-Earth orbit. It eventually burned up in the atmosphere.

After re-docking, McDivitt and Schweickart returned to the CSM. The LM ascent stage was jettisoned and its engine was fired by remote control, placing the craft in a high elliptical orbit.

During the period of time the CSM and LM remained docked, two spacewalks were conducted, including an historic first for the U.S. space program. On the fourth day of the mission, astronauts McDivitt and Schweickart boarded the LM. Astronaut Scott remained aboard the CSM, and the CSM and LM were both depressurized.

The LM hatch was opened, and astronaut Schweickart exited, remaining attached to the spacecraft by a foot restraint dubbed the “golden slipper” because of its gold exterior. The main purpose of this spacewalk was to test the Extravehicular Mobility Unit (EMU) and Portable Life Support System (PLSS) to be used during upcoming lunar excursions.

The EMU would be worn by the astronaut, while the PLSS would be strapped to the back of the astronaut. This marked the first time an astronaut had exited a U.S. spacecraft using a self-contained life support system. This was the first and only time the EMU and PLSS were tested in space before an actual lunar landing. Schweickart retrieved two thermal exposure experiments from the LM exterior.

At the same time as the LM spacewalk, astronaut Scott opened the CSM hatch to perform a “stand-up” spacewalk while attached to a life support umbilical line. Scott retrieved thermal exposure experiments from the exterior of the CSM.

This spacewalk was intended to demonstrate the ability of the pilot to prepare the CSM for an emergency transfer of astronauts between the LM and CSM in the event a docking could not be achieved once the LM had lifted off the Moon.

Although the spacewalks were intended to have lasted up to two hours, they lasted just 46 minutes because all three astronauts had suffered space sickness, in some cases severe, earlier in the mission.

Following Command Module (CM) and Service Module (SM) separation, the Apollo 9 CM re-entered Earth’s atmosphere and splashed down. The crew was brought aboard the recovery vessel about one hour after splashdown. 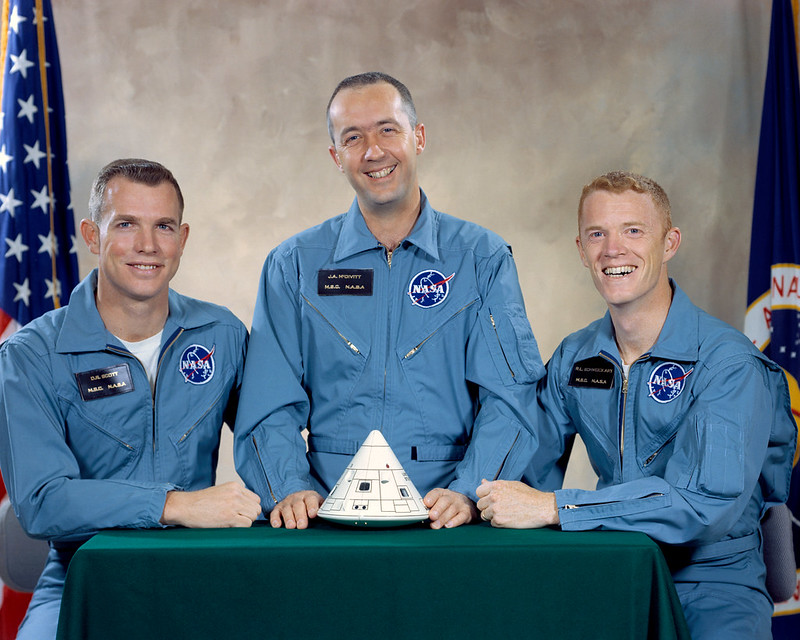 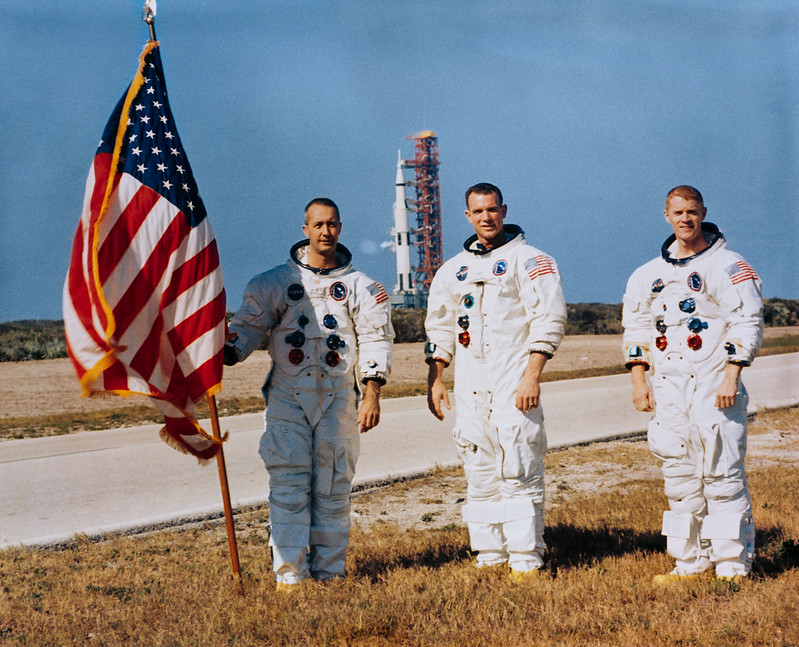 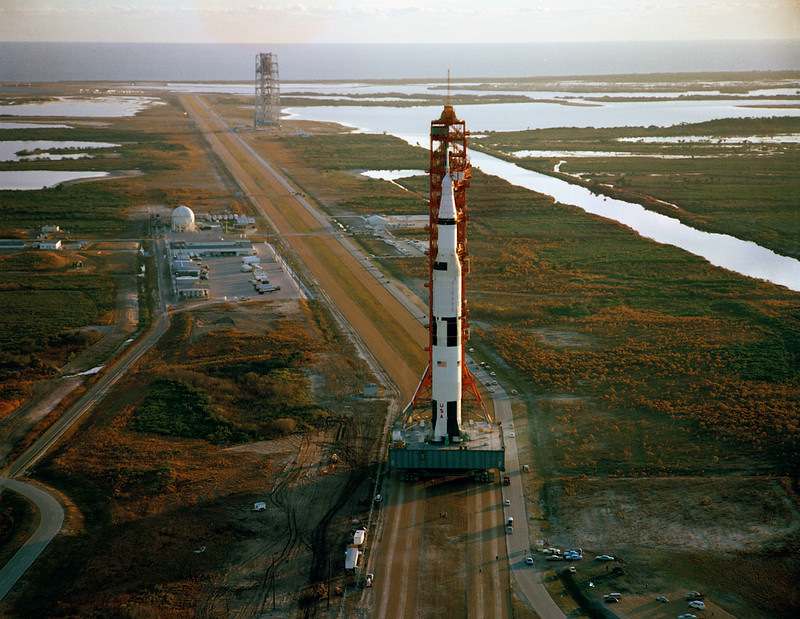 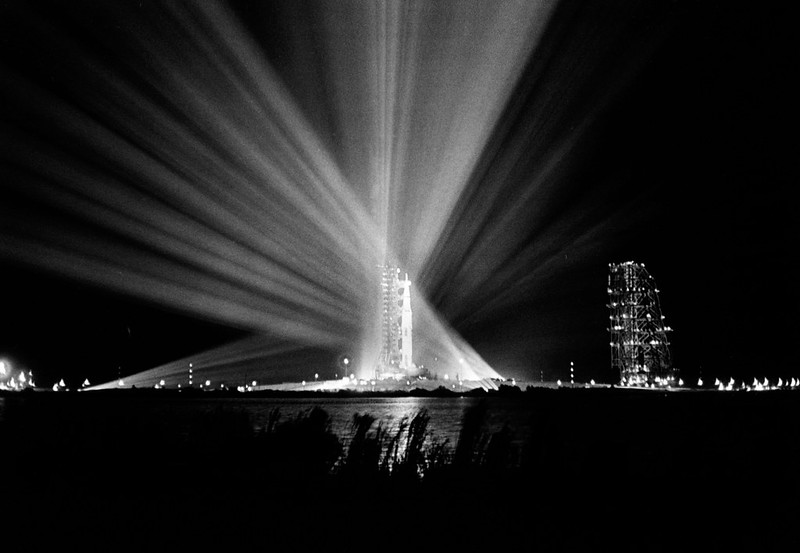 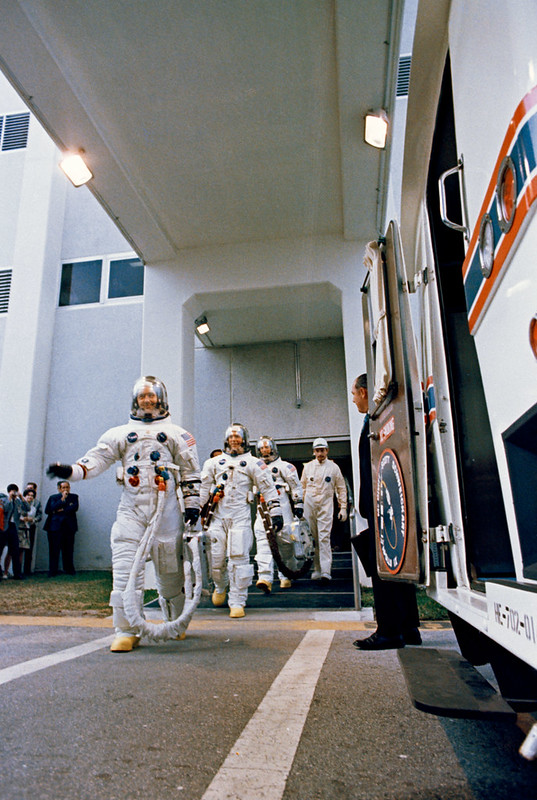 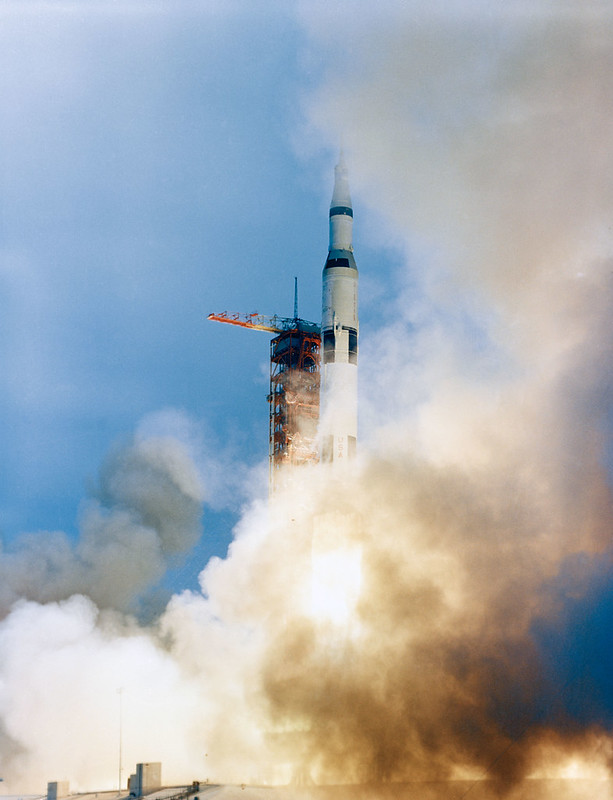 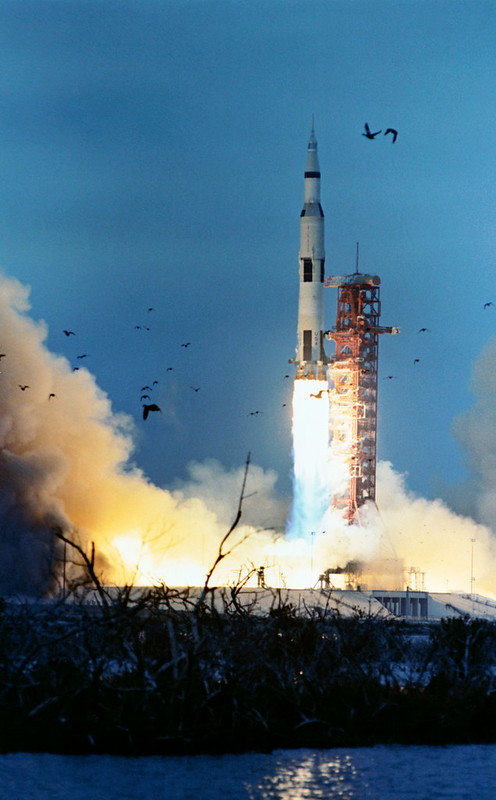 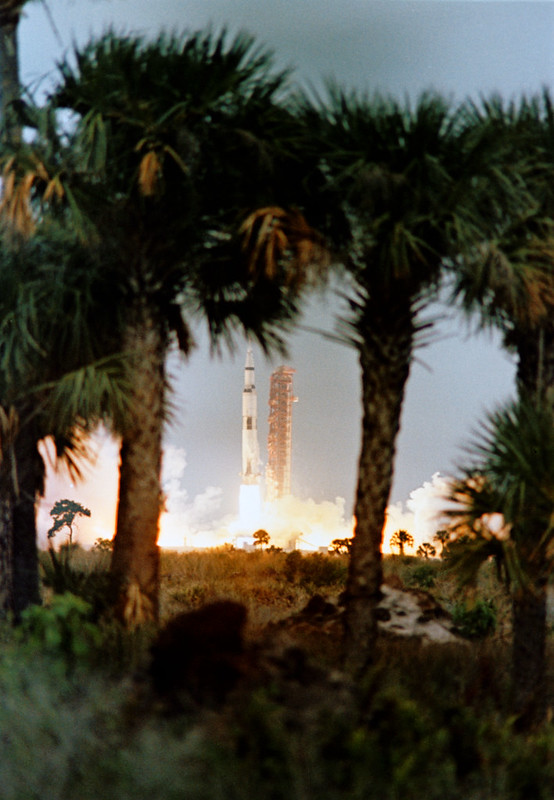 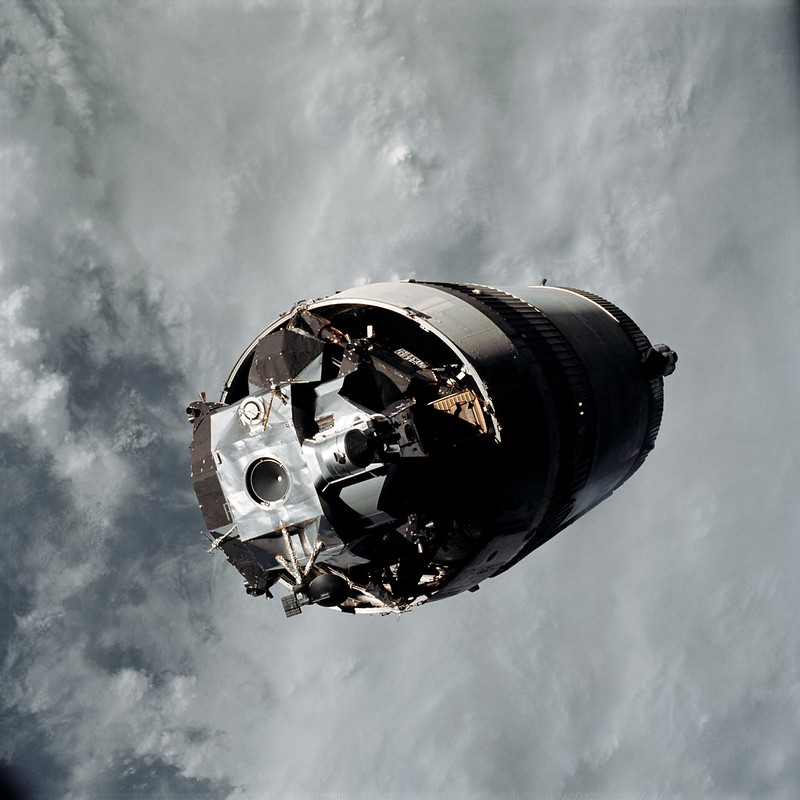 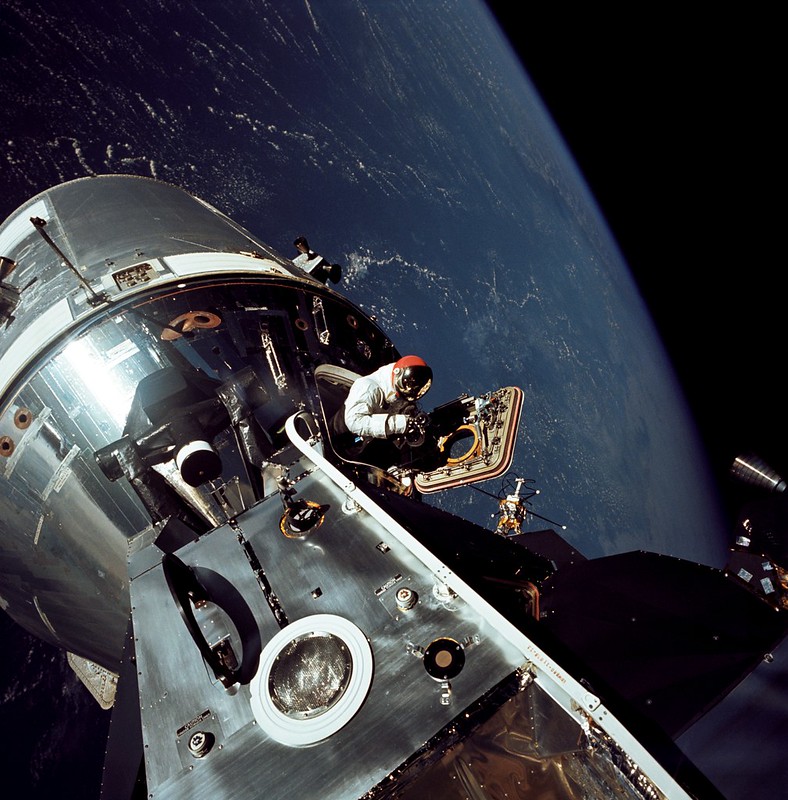 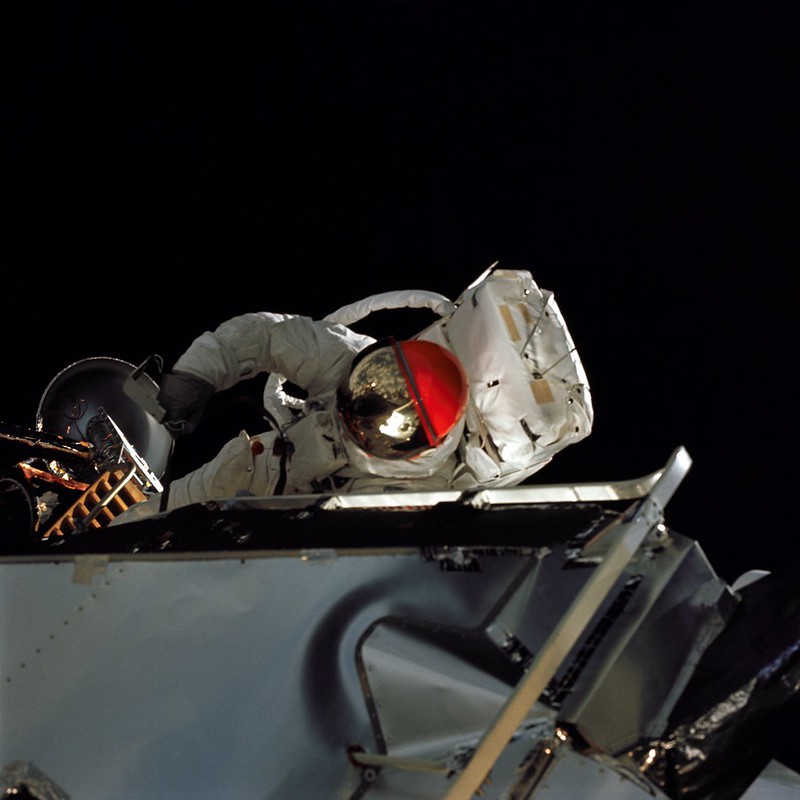 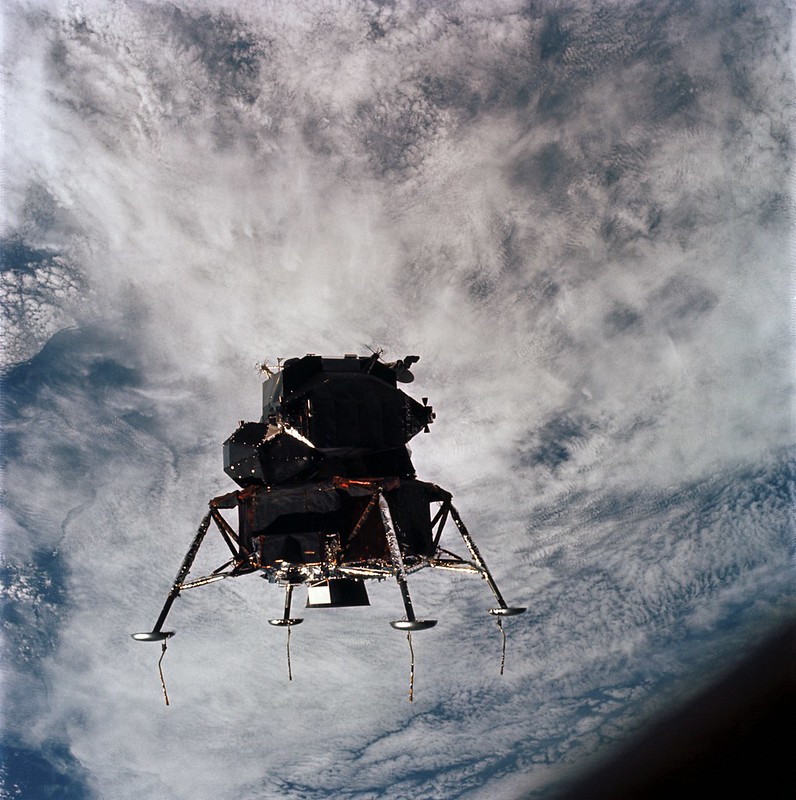 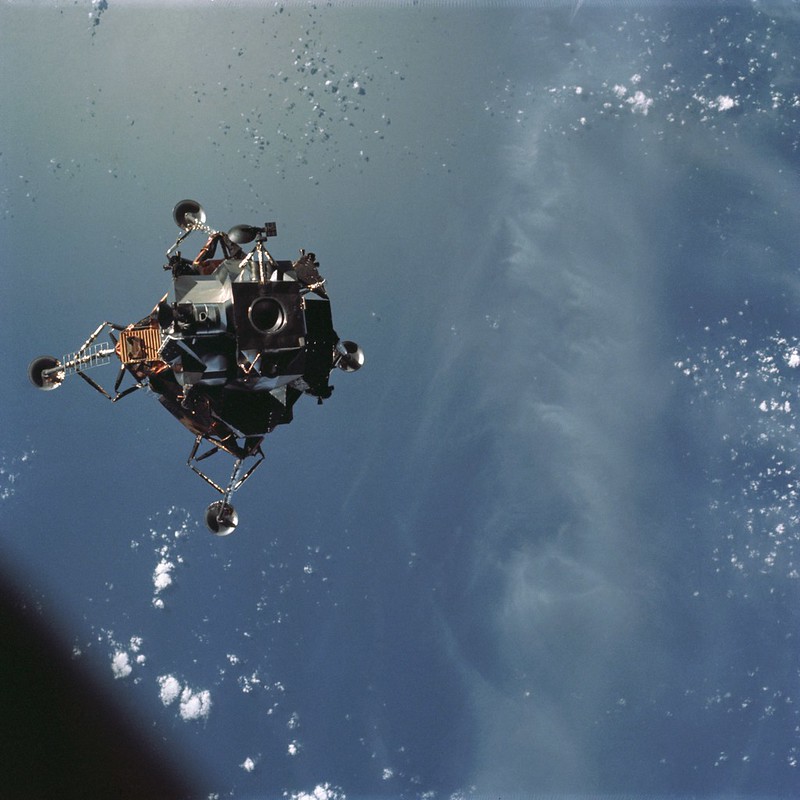 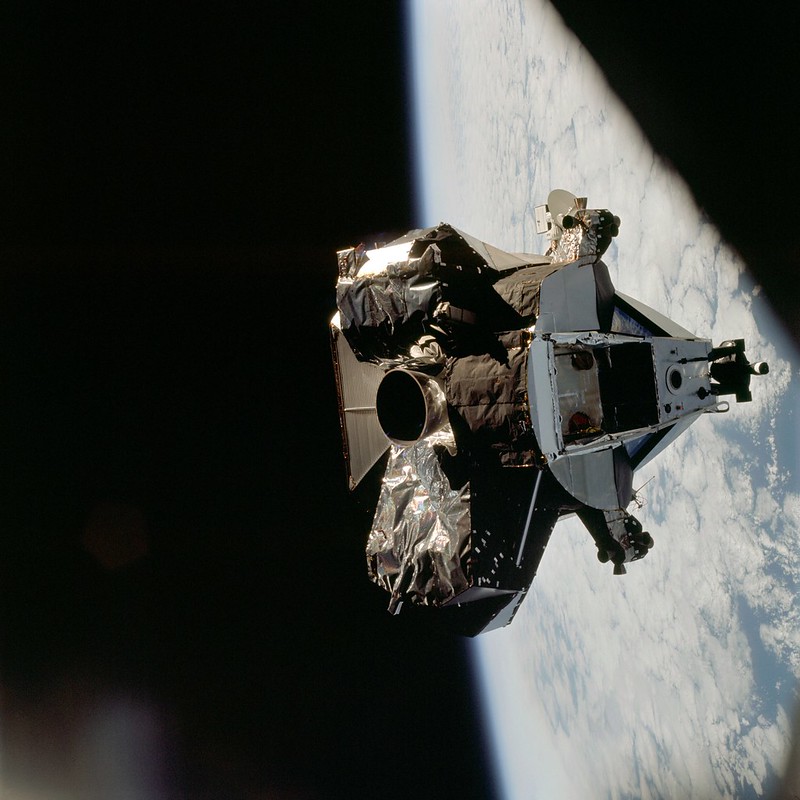 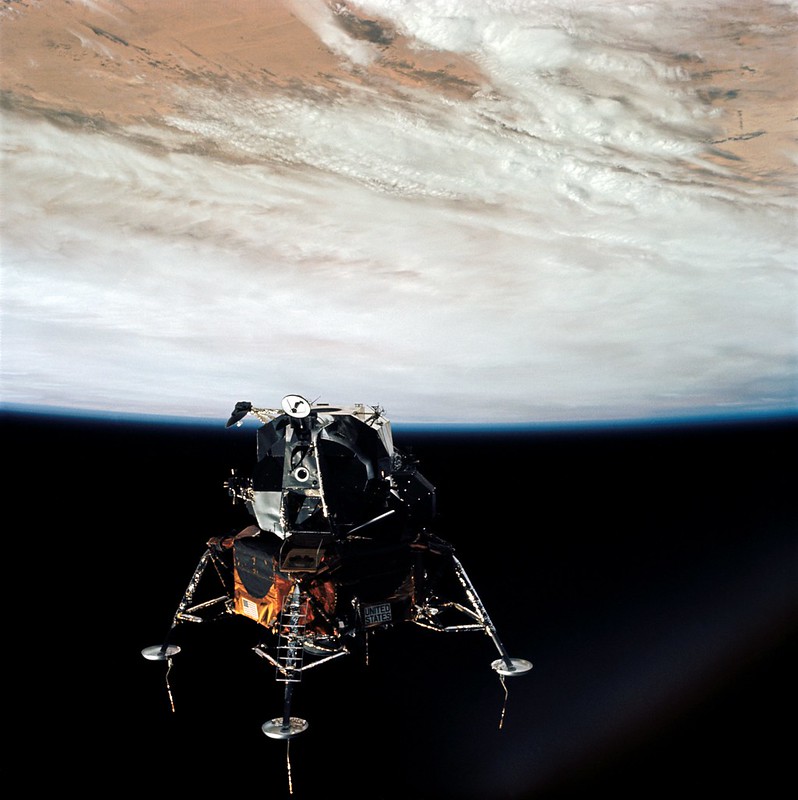 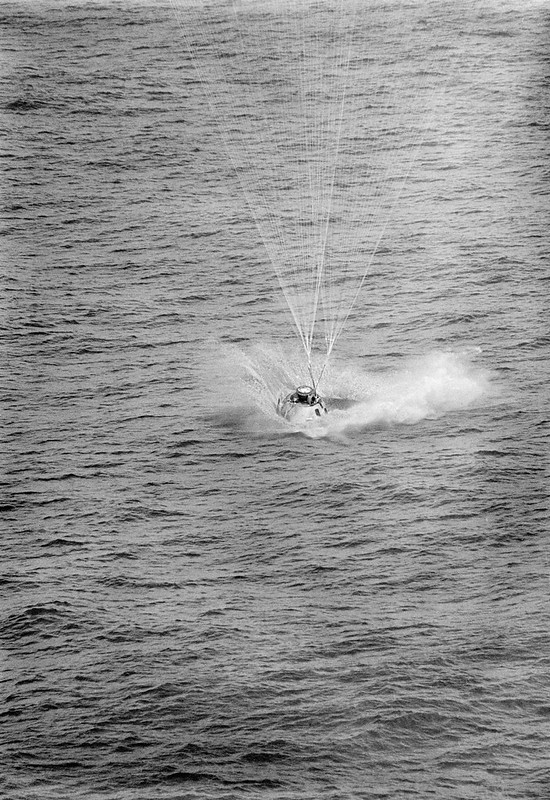 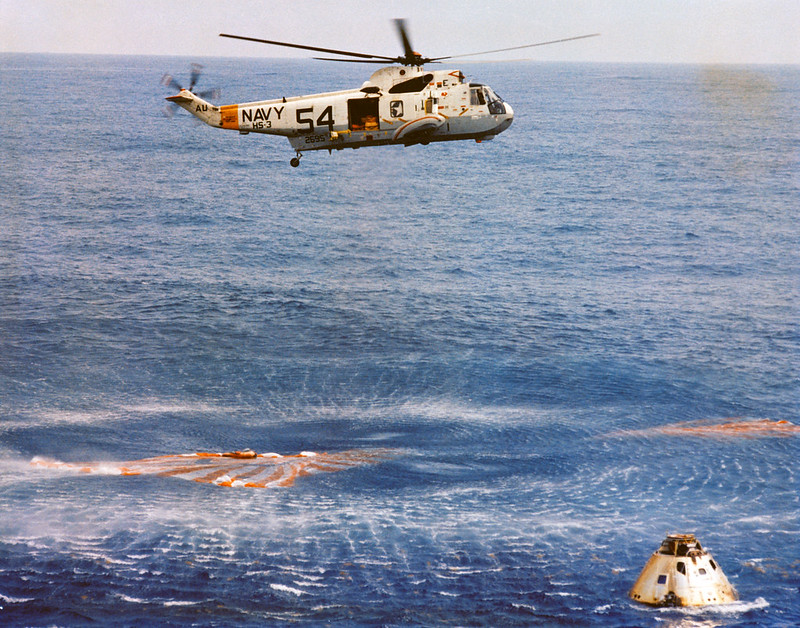 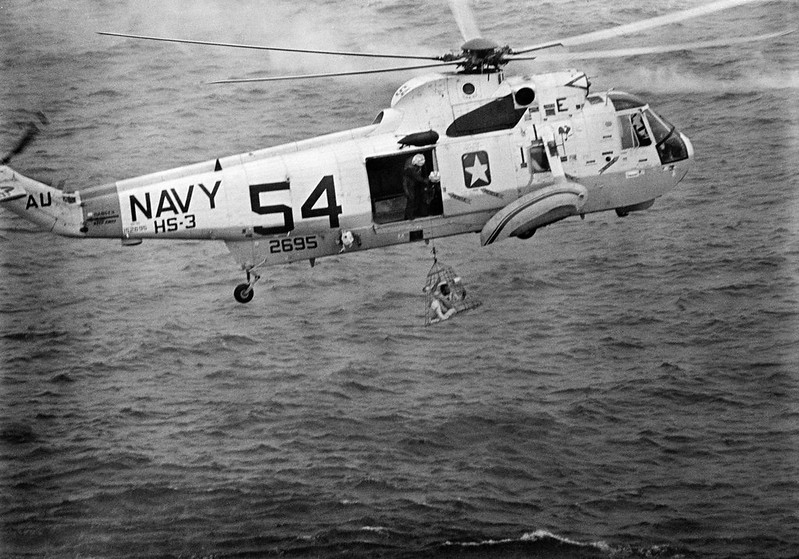 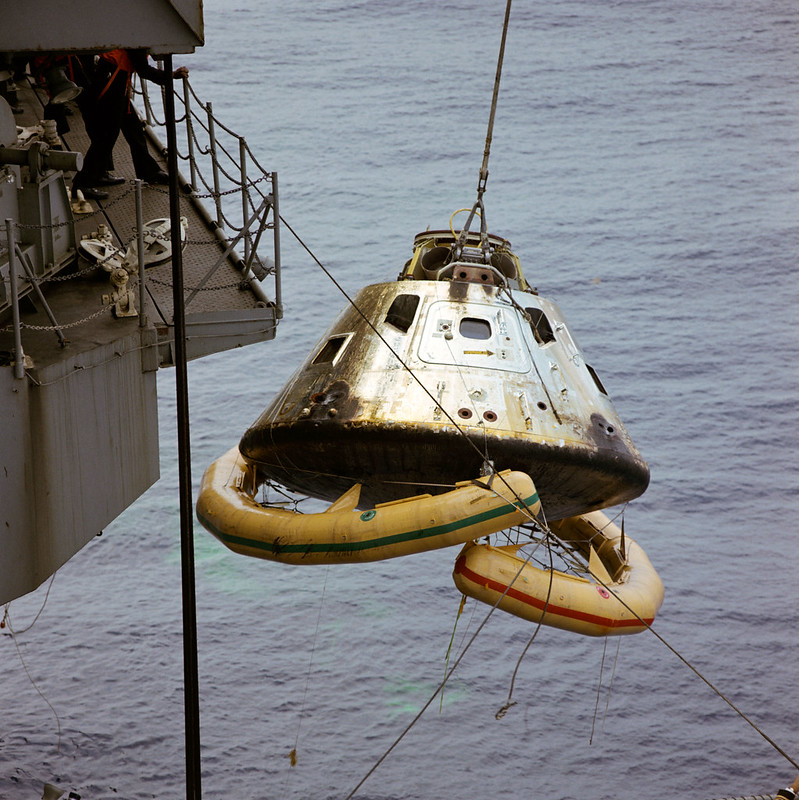 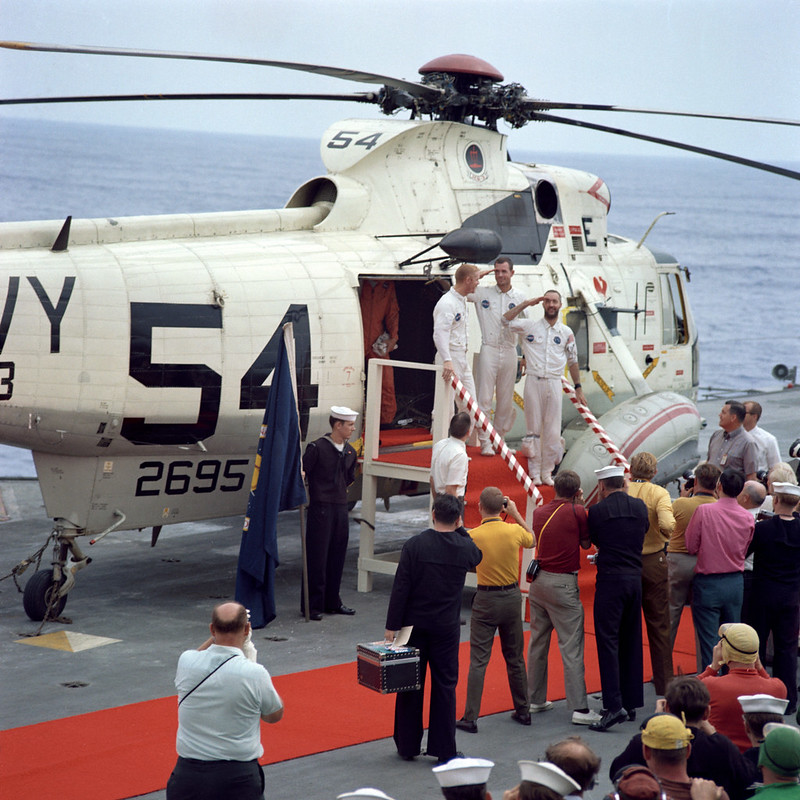