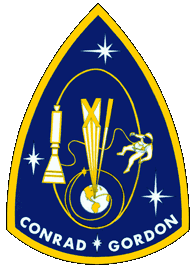 A launch attempt on September 10, 1966 was scrubbed when the GATV could not be launched due to apparent problems with its autopilot control unit. Subsequent analysis determined that the unit was working properly, and no repairs were required.

The Gemini 11 GATV was launched as the second stage of an Atlas-Agena rocket at 8:05 a.m. EST on September 12, 1966 from Cape Canaveral Launch Complex 14. The GATV launch occurred about 97 minutes prior to the launch of the manned Gemini 11 spacecraft.

One of the primary objectives of the Gemini 11 mission was to complete a rendezvous and docking with the GATV on the first orbit, a procedure that might become necessary during the course of the upcoming Apollo program. This dress rehearsal for Apollo was completely successful.

The Gemini 11 spacecraft completed its rendezvous with the GATV during the first orbit of the mission, at a mission elapsed time of 1 hour, 25 minutes. A docking with the GATV was completed nine minutes later.

As was the case during Gemini 10, significant milestones occurred during the span of time the Gemini 11 spacecraft remained docked to the GATV. At a mission elapsed time of 24 hours, 2 minutes the hatch was opened. Astronaut Gordon exited the hatch seven minutes later.

Although the spacewalk had been scheduled to last for about 105 minutes, Gordon became fatigued during the process of attaching the rope tether. In addition, the faceplate of his helmet became fogged due to heavy breathing. As a result, Gordon spent just 21 minutes outside the Gemini 11 spacecraft.

At a mission elapsed time of 40 hours, 30 minutes the GATV multiple-start engine thrusters were fired to raise the orbit of the mated spacecraft to a maximum altitude of 853 miles for a duration of two orbits. This established a manned altitude record that was not broken until Apollo 8 headed toward the Moon.

The two high-altitude orbits were completed in 3 hours, 23 minutes after which time the GATV multiple-start engine thrusters were fired to return the mated spacecraft to their normal orbital altitude.

At a mission elapsed time of 46 hours, 7 minutes the hatch was opened for astronaut Gordon to begin a “stand-up” spacewalk, during which he stood up in his seat with his upper body extending outside the Gemini 11 spacecraft.

During this “stand-up” spacewalk, astronaut Gordon performed a number of photographic observations and experiments. The astronaut found the sensation during the “stand-up” spacewalk so peaceful that he actually fell asleep. The hatch was closed at a mission elapsed time of 48 hours, 15 minutes.

It was a challenge for the astronauts to keep the rope tether tight between the spacecraft. It remained stiff, but moved somewhat like a jumprope as the spacecraft rotated around one another.

This motion between the spacecraft caused artificial gravity to be created in space for the first time, although the gravitational force created was only 1.5 one-thousandths that of Earth.

About three hours after the rotational maneuvers were begun, the rope tether was released when the docking bar was jettisoned and the Gemini 11 spacecraft moved away from the GATV.

A second rendezvous with the GATV was completed at a mission elapsed time of 66 hours, 40 minutes. This was just under five hours before the planned re-entry of the Gemini 11 capsule.

Gemini 11 marked the first fully automatic splashdown in the history of the U.S. space program. After initial retro-rocket firing, computers made all of the necessary adjustments to bring the capsule down just under three miles from the primary recovery target area. 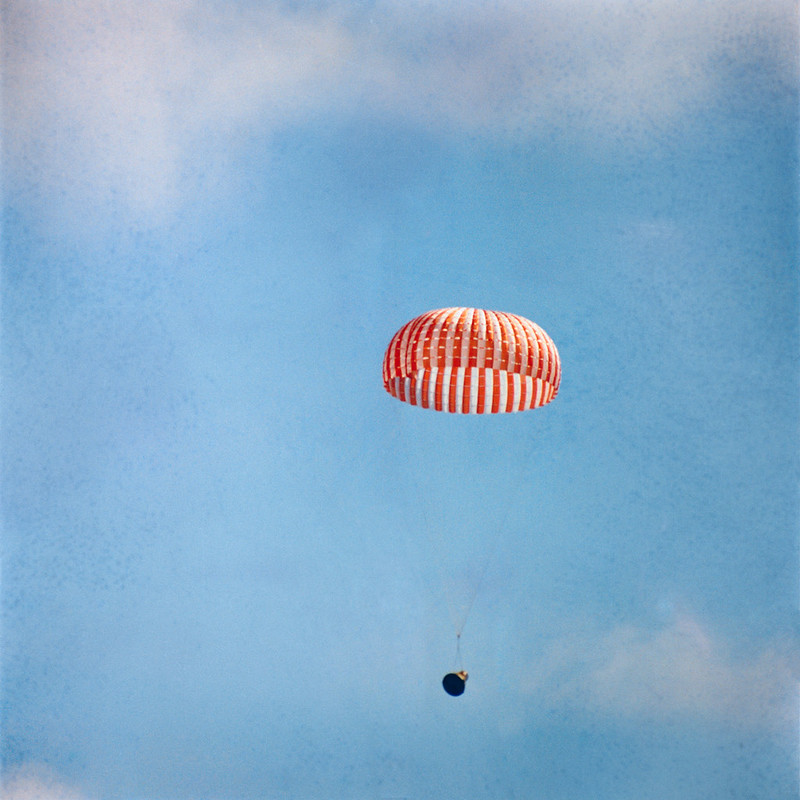 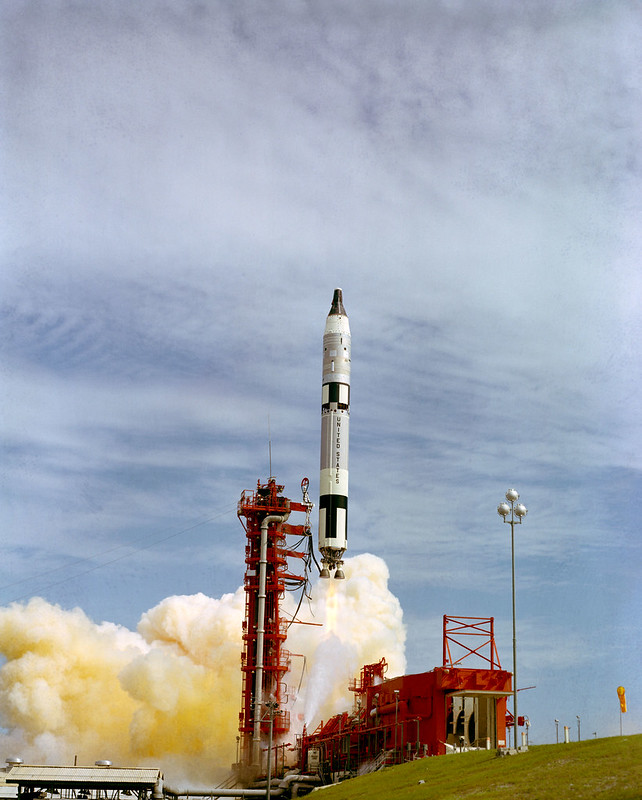 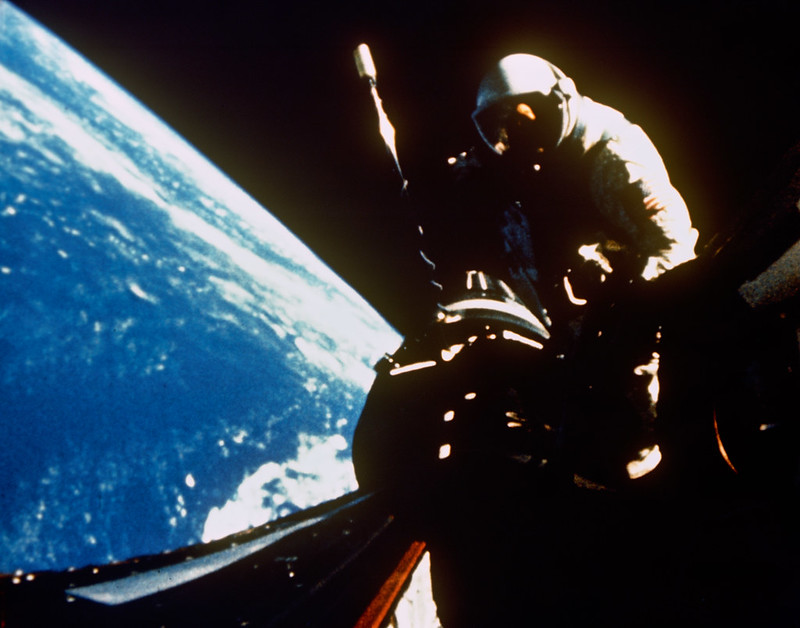 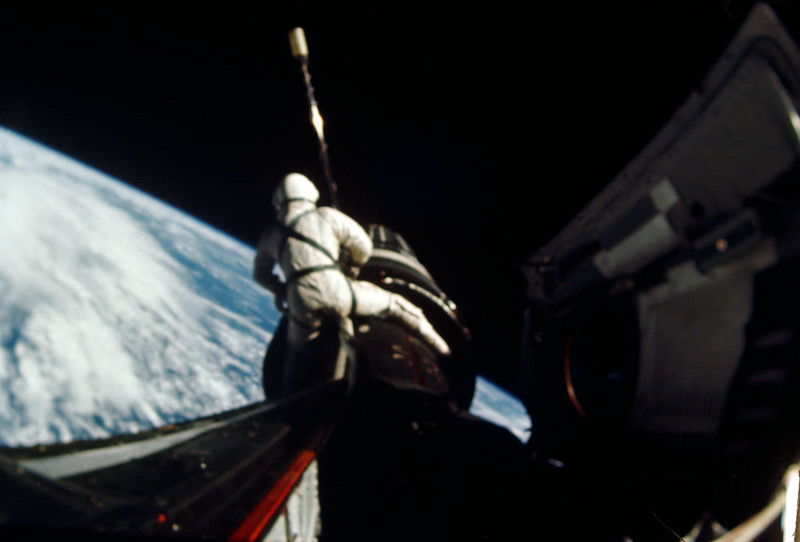 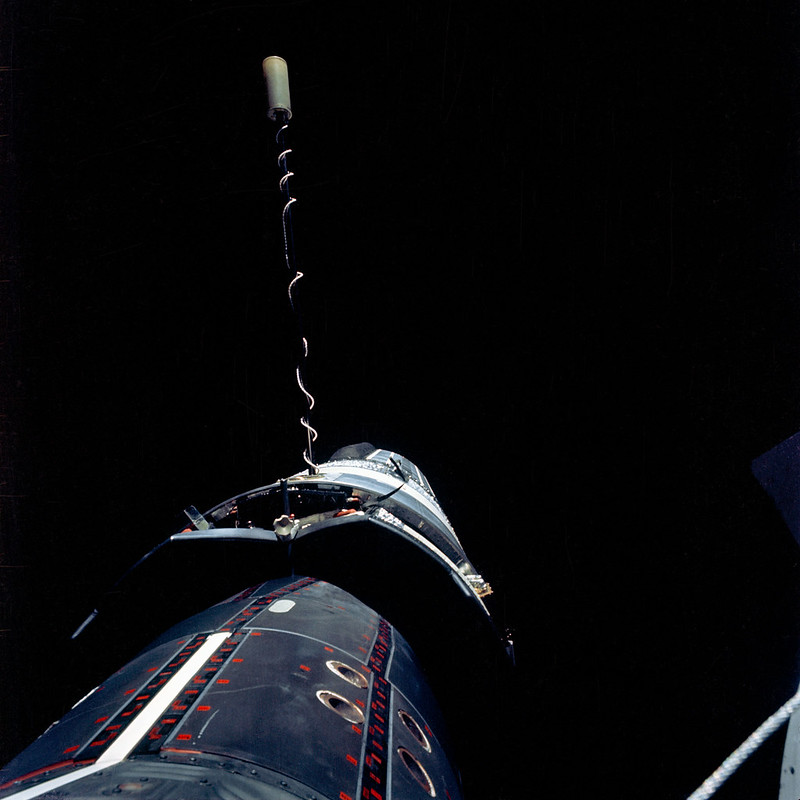 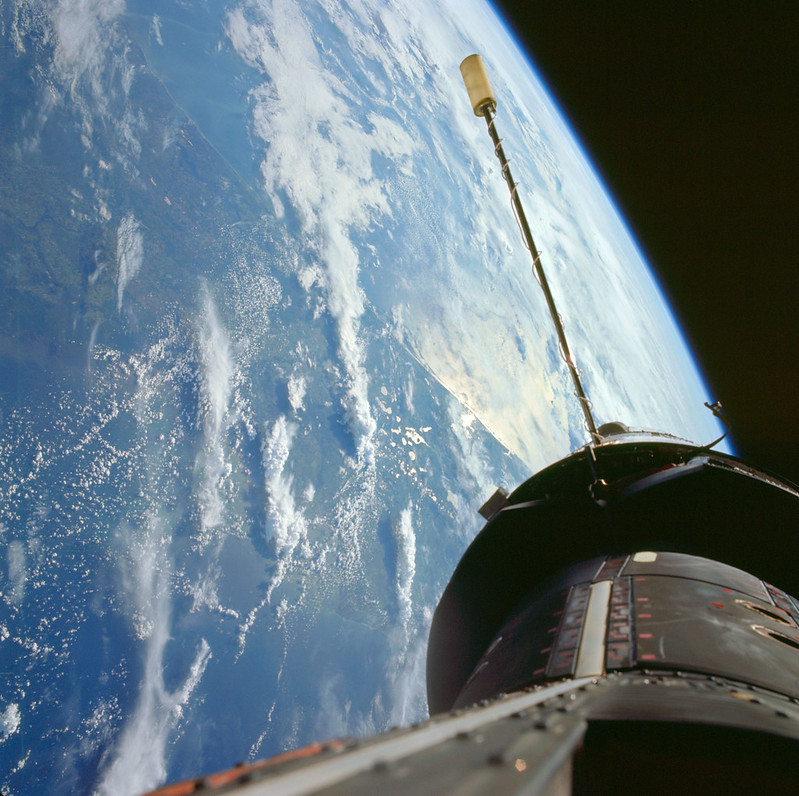 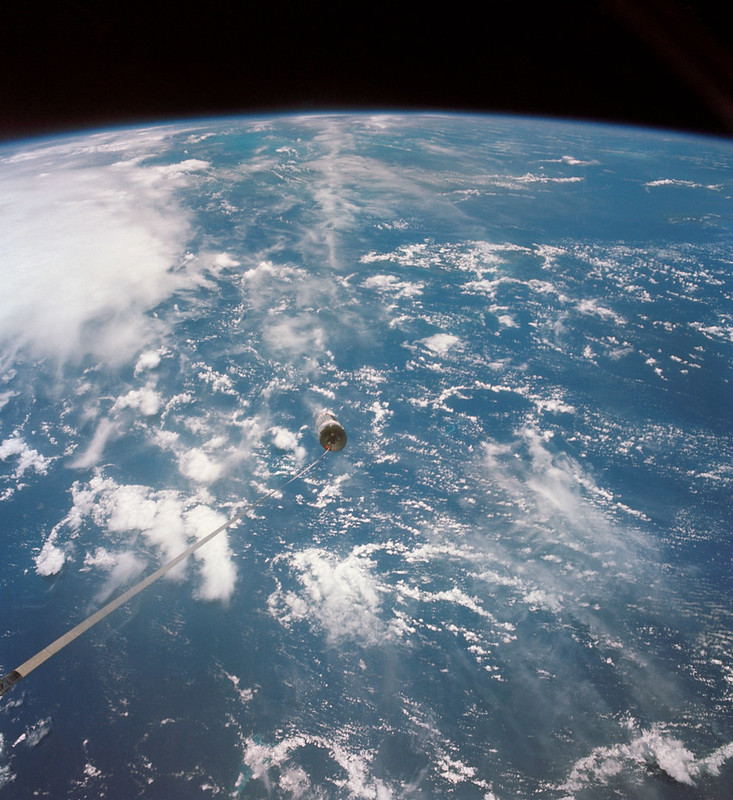 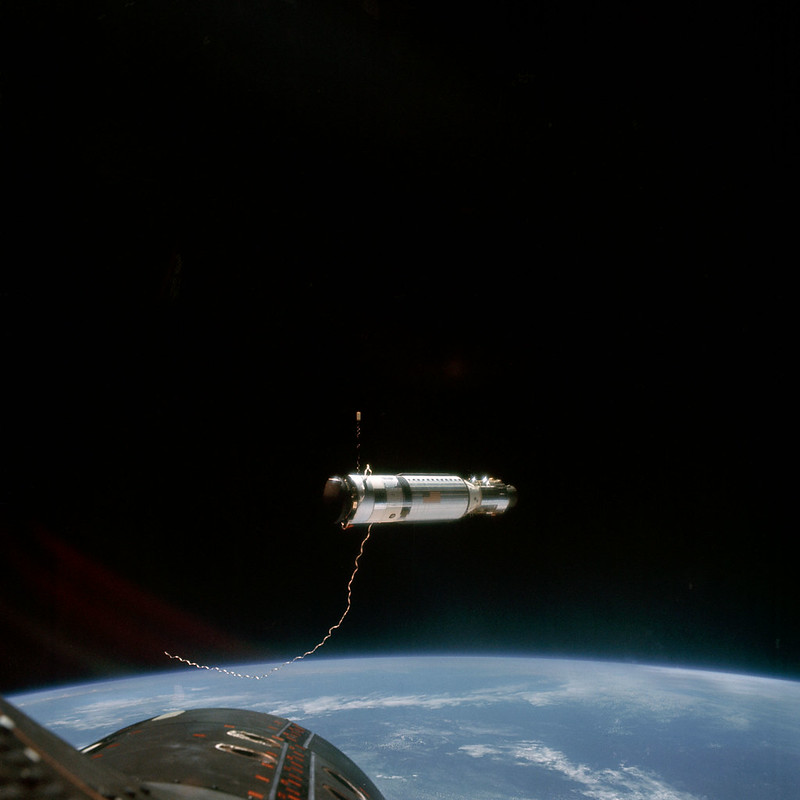 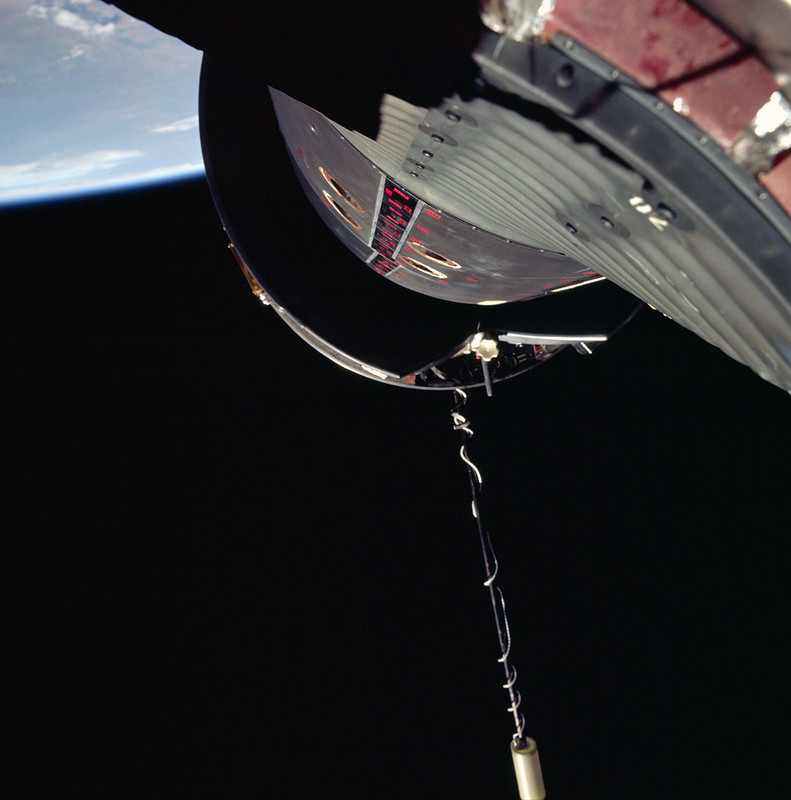 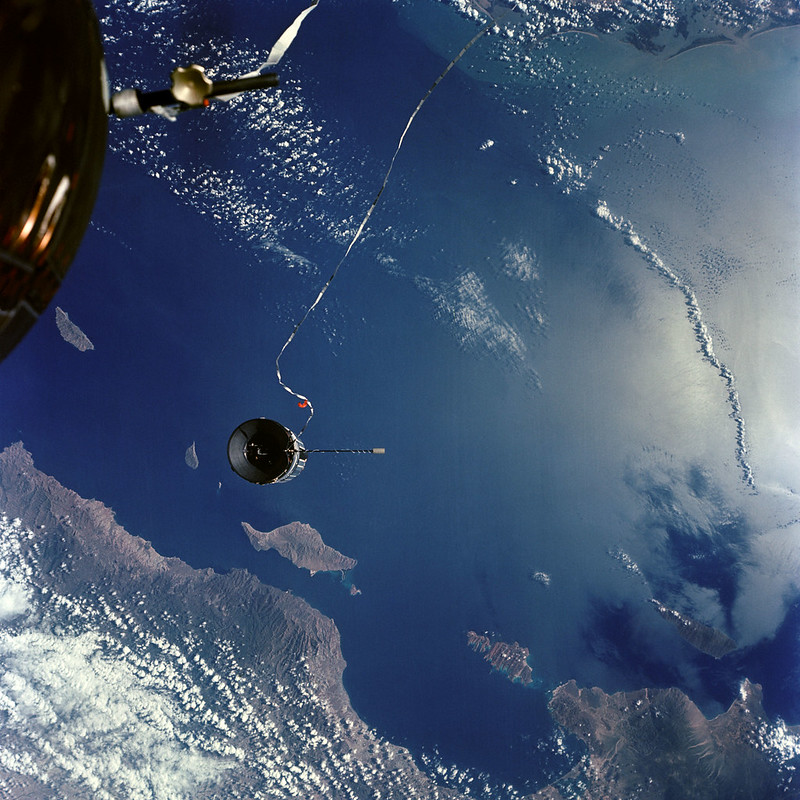 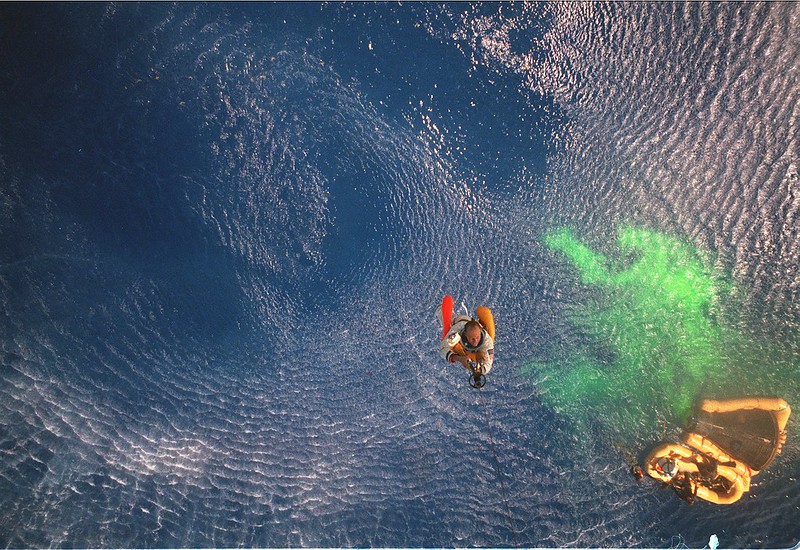 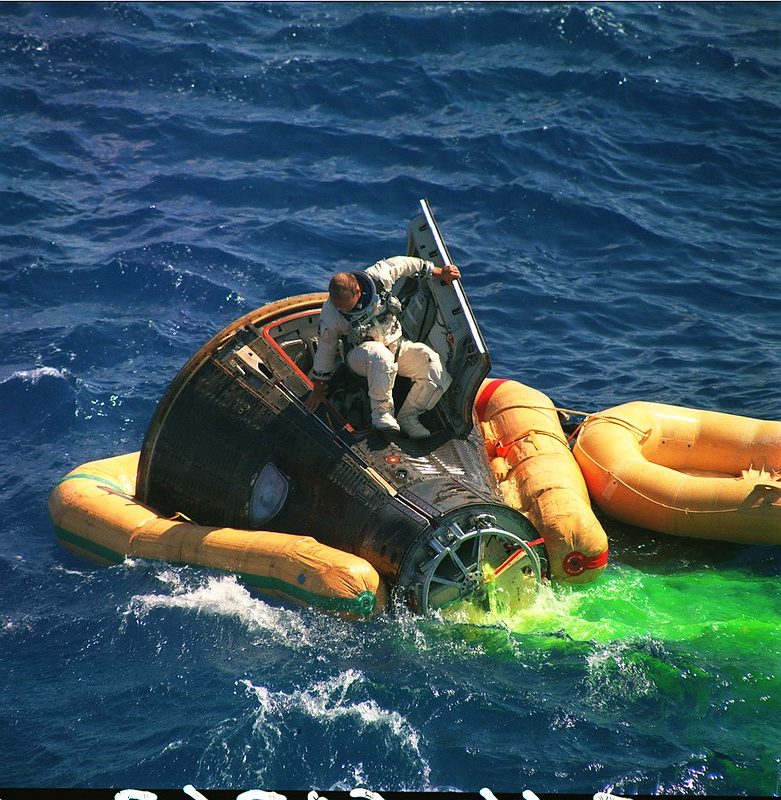 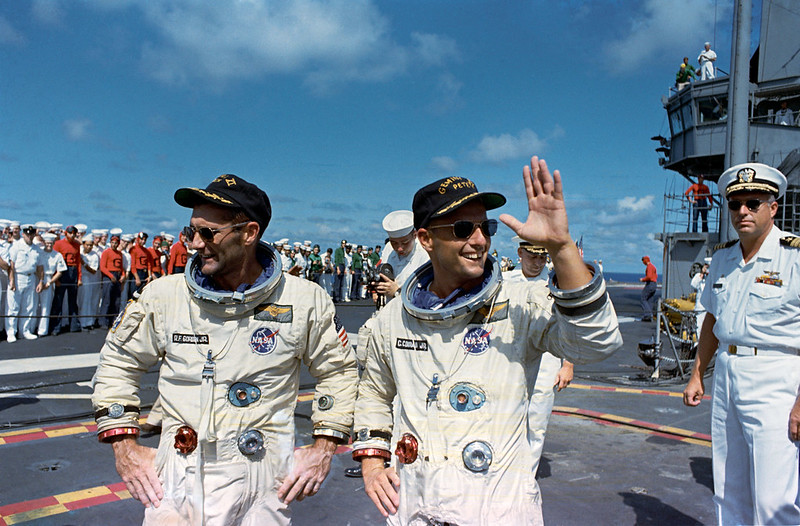 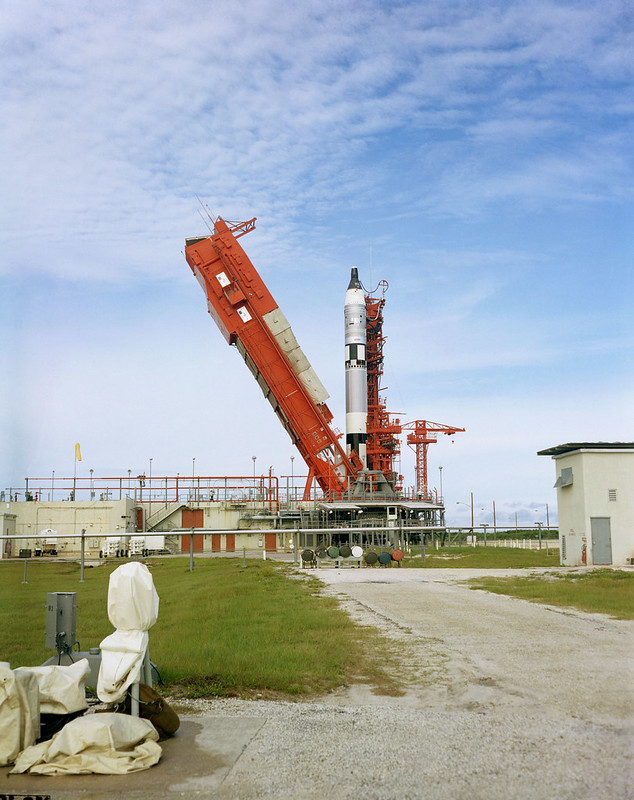 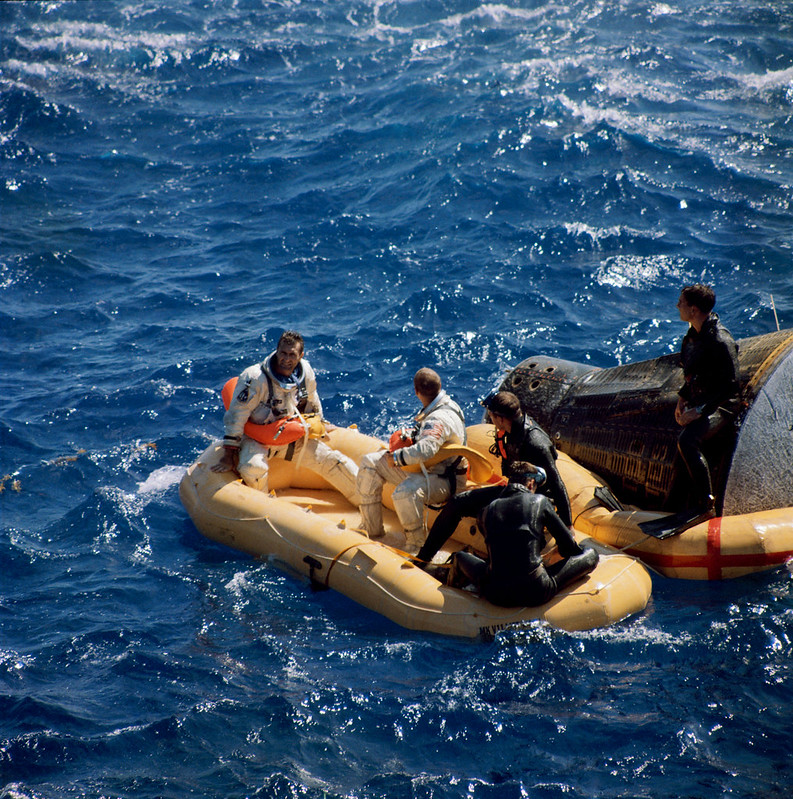 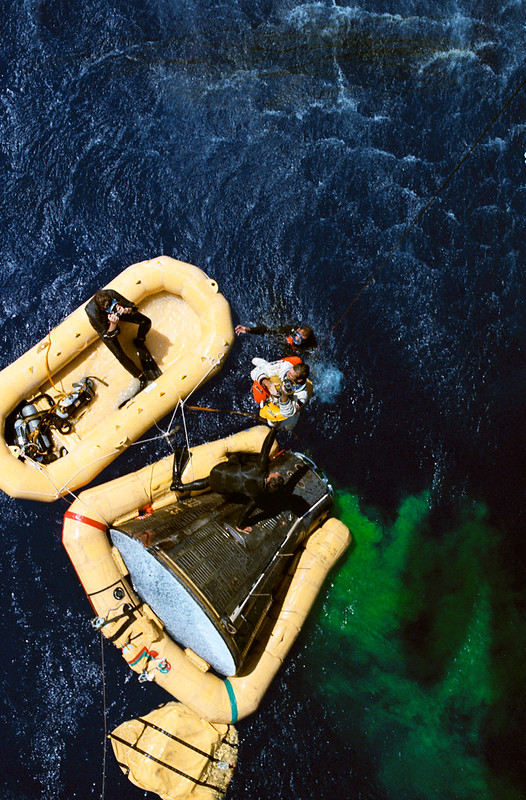 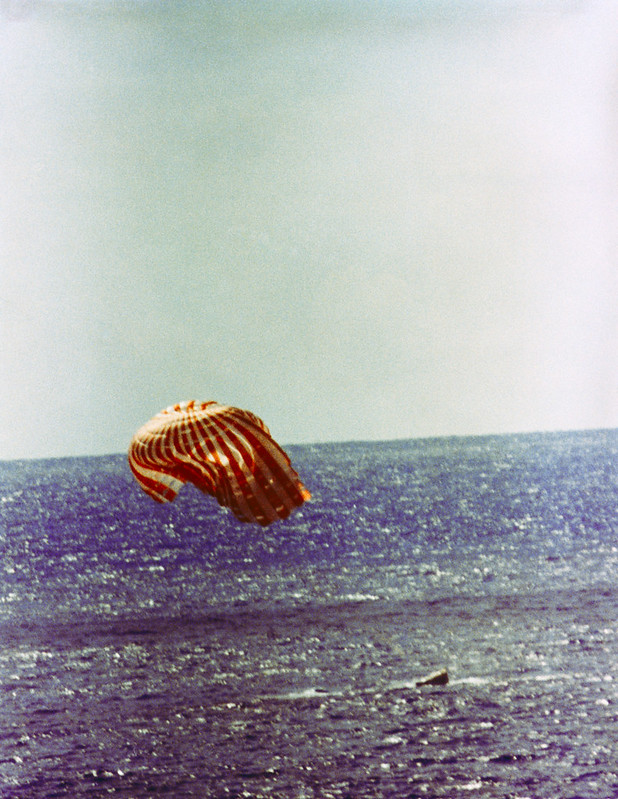 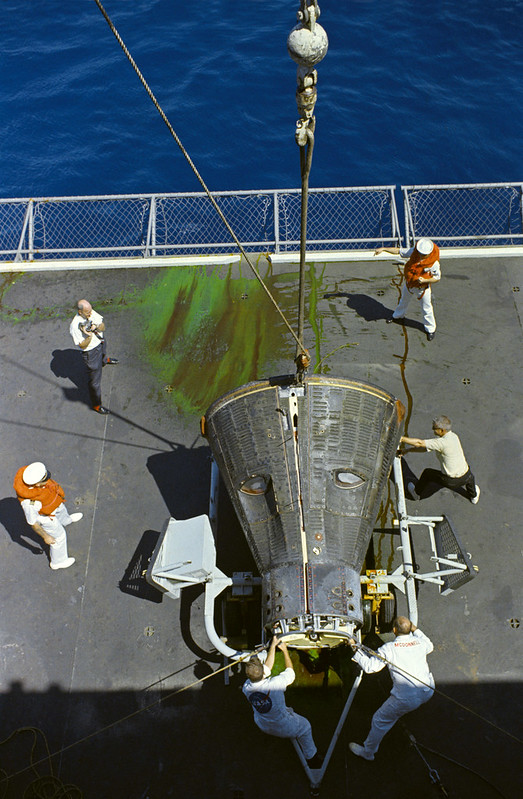 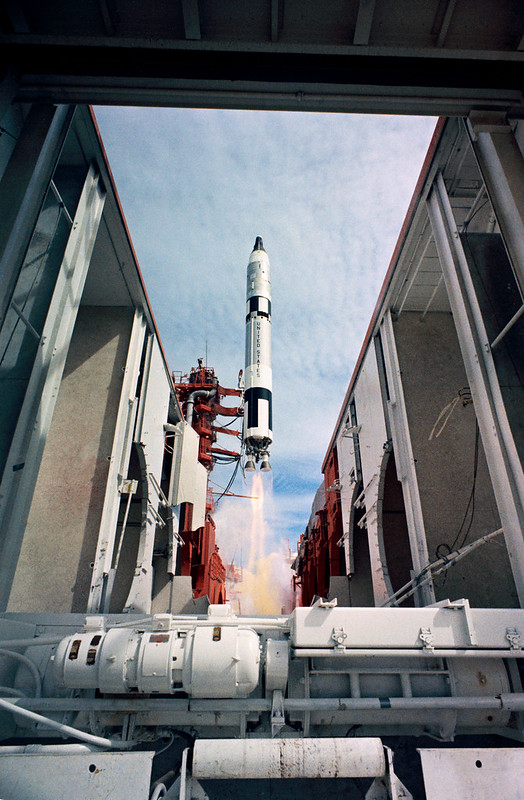 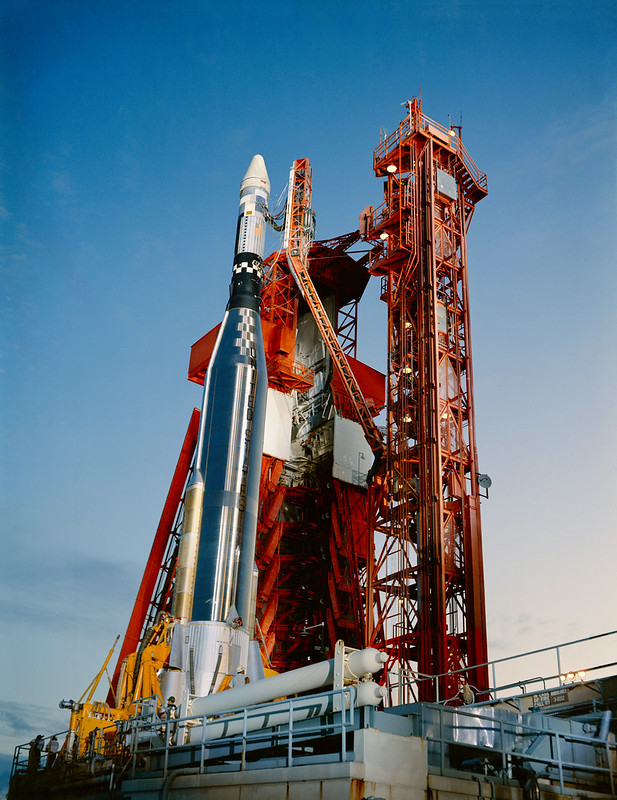