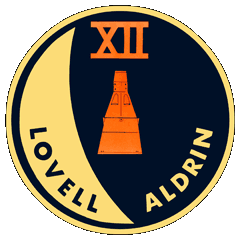 Another malfunction in the secondary autopilot of the Gemini-Titan II was detected during testing on November 9, 1966 which resulted in an additional one day delay in the launch as the suspect equipment was replaced and tested.

The Gemini 12 Gemini Agena Target Vehicle (GATV) was launched as the second stage of an Atlas-Agena rocket at 2:08 p.m. EST on November 11, 1966 from Cape Canaveral Launch Complex 14. The GATV launch occurred about 98 minutes prior to the launch of the manned Gemini 12 spacecraft.

As had been the case during Gemini 10 and Gemini 11, the mated spacecraft were to have been boosted to a higher altitude through the firing of the GATV multiple-start engine thrusters.

However, an attempt to boost the mated spacecraft to a higher altitude was not attempted due to problems in the GATV Primary Propulsion System (PPS) that were detected when it was launched.

At a mission elapsed time of 19 hours, 29 minutes the hatch was opened, allowing astronaut Aldrin to stand in his seat with his upper body outside the Gemini 12 spacecraft.

During this “stand-up” spacewalk, Aldrin completed a number of scientific and photographic observations, including photography of a total solar eclipse. The hatch was closed at a mission elapsed time of 21 hours, 58 minutes.

At a mission elapsed time of 42 hours, 48 minutes the hatch was opened to allow astronaut Aldrin to perform a spacewalk while tethered to the Gemini 12 spacecraft by a life support umbilical line. Aldrin exited the hatch four minutes after it was opened.

During the spacewalk, astronaut Aldrin attached a 100-foot rope tether from the GATV to a docking bar on the Gemini 12 spacecraft. This rope tether was twice as long as the rope tether used in support of similar experiments carried out during Gemini 11.

To alleviate some of the problems of astronaut fatigue encountered during previous Gemini spacewalks, a number of astronaut restraints were added to the exterior of the Gemini 12 spacecraft. These helped Aldrin work in a more methodical, relaxed pace. This was also the first U.S. spacewalk for which the astronaut practiced underwater.

Aldrin spent 1 hour, 55 minutes outside the Gemini 12 spacecraft, and completed the longest umbilical spacewalk of the Gemini program. The hatch was closed at a mission elapsed time of 44 hours, 54 minutes.

Results of the rope tether experiments were nearly identical to those of Gemini 11, with the rope tether remaining a bit slack and acting somewhat like a jumprope. As in Gemini 11, the tethered spacecraft were maneuvered to rotate around one another yet remained very stable and generated a miniscule amount of artificial gravity. 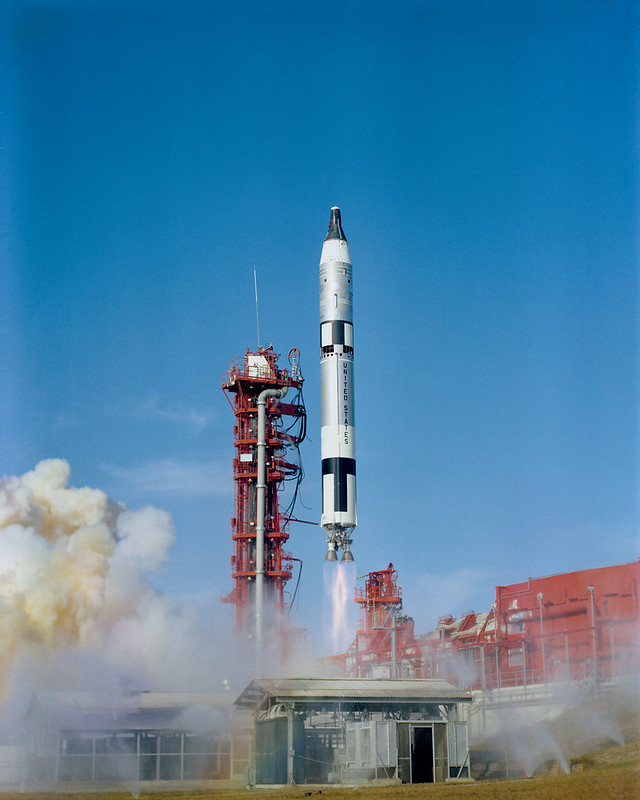 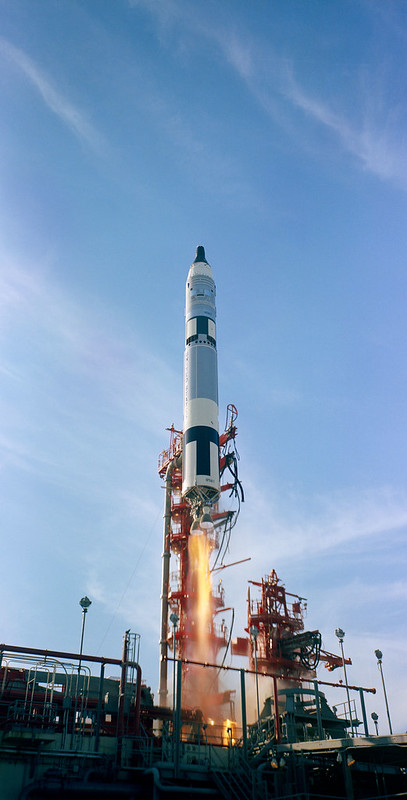 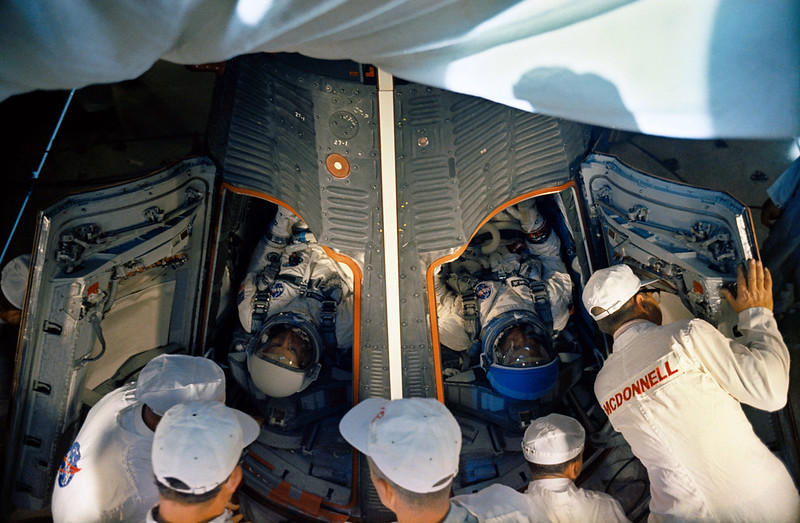 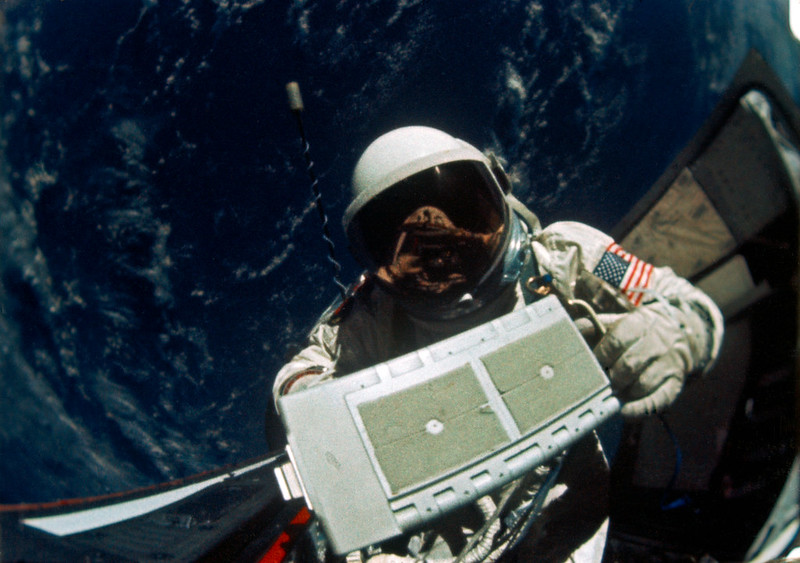 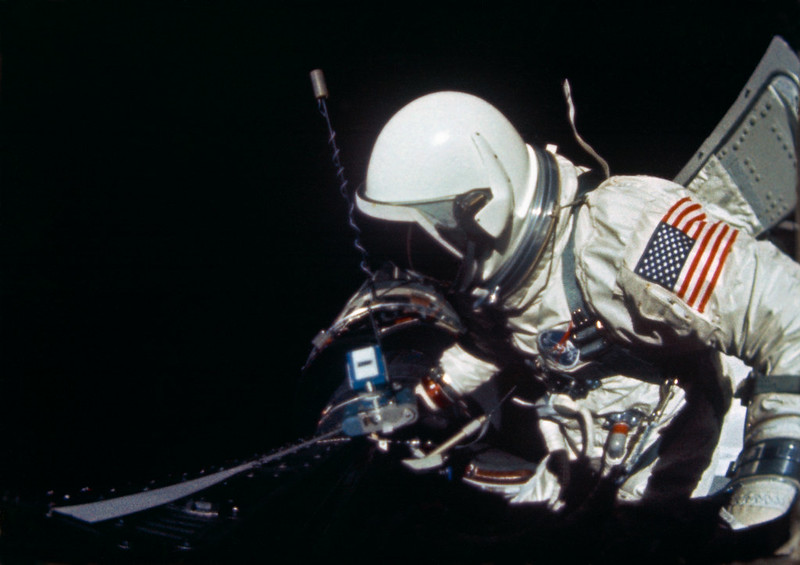 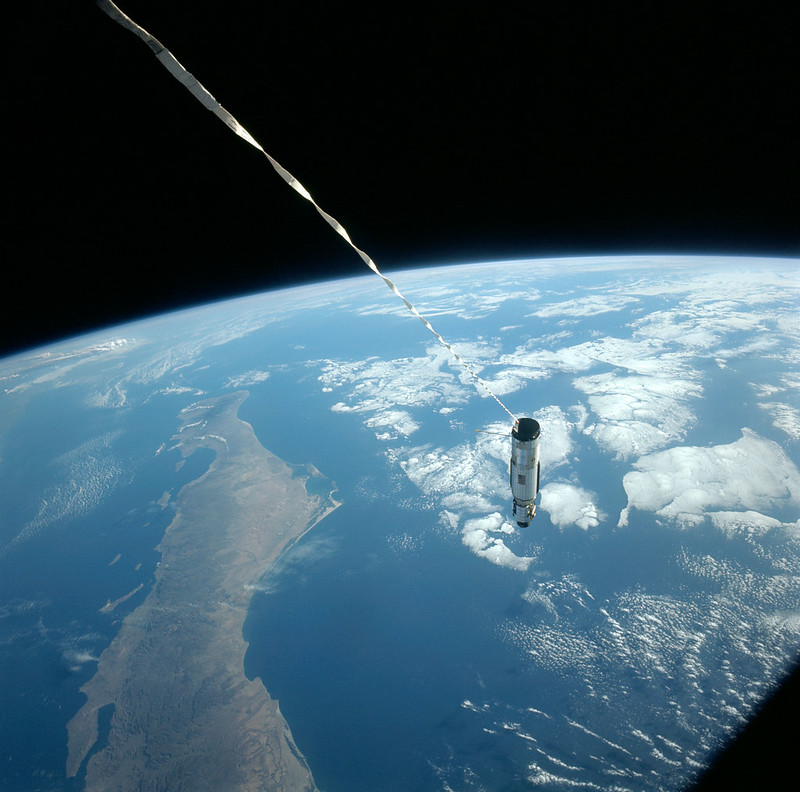 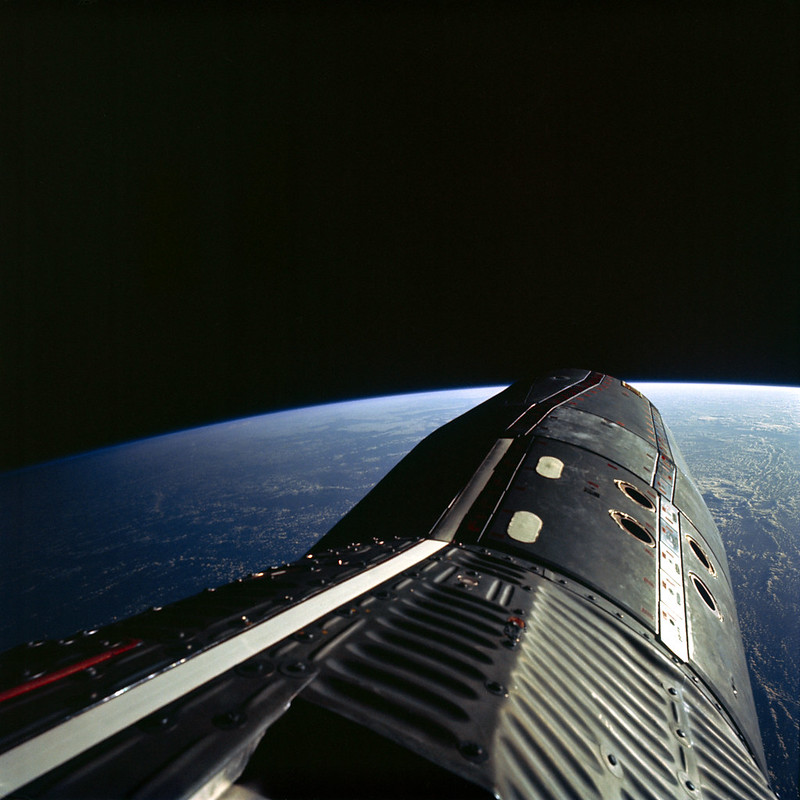 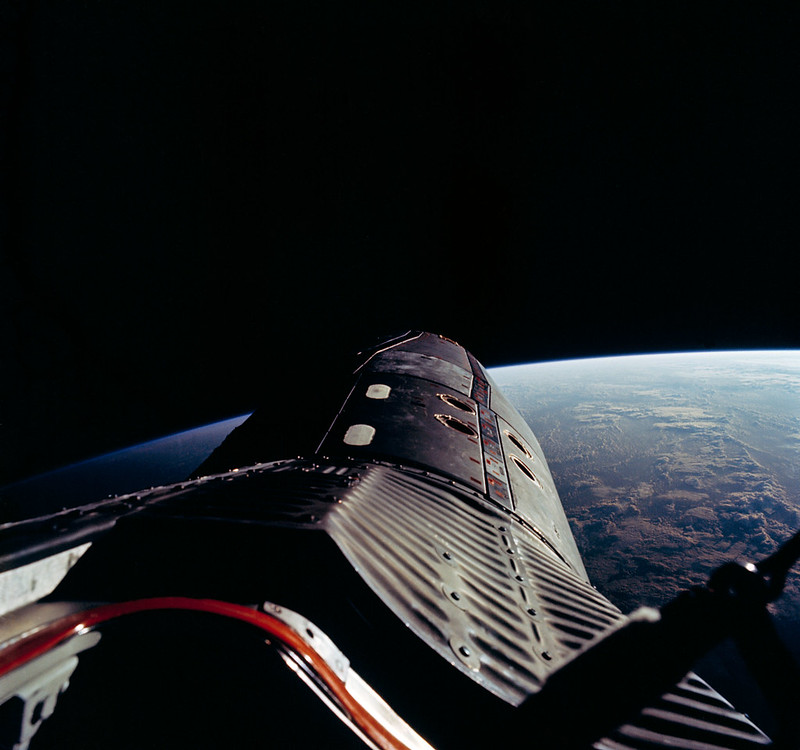 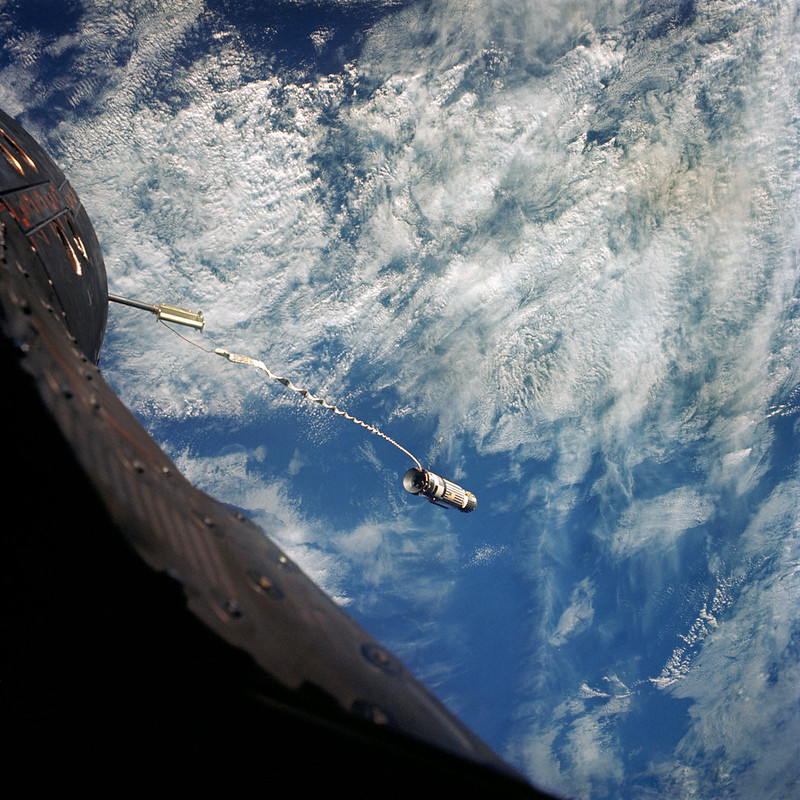 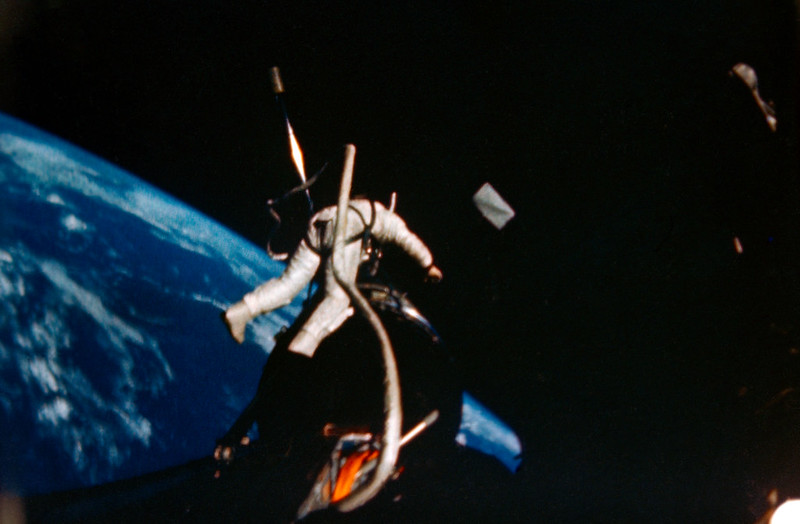 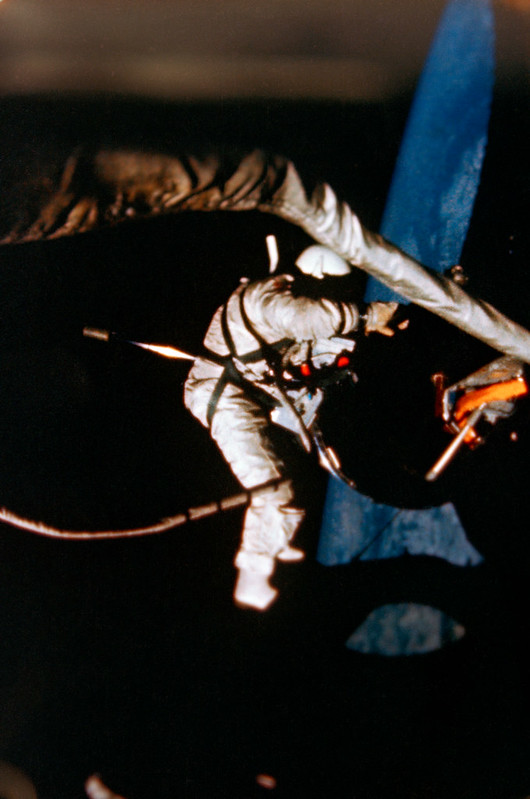 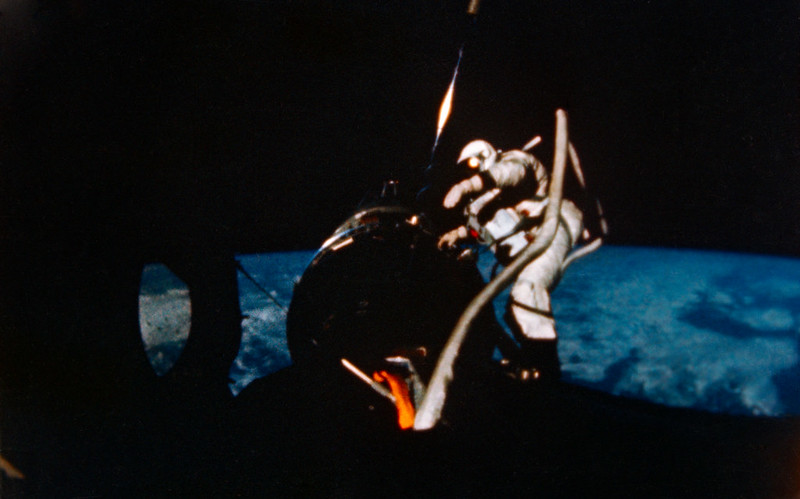 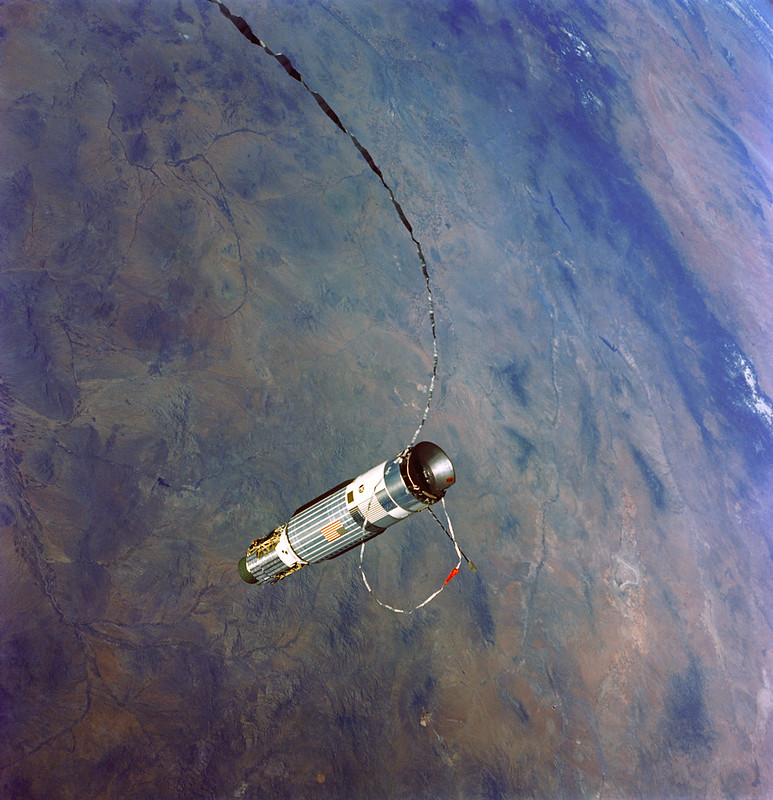 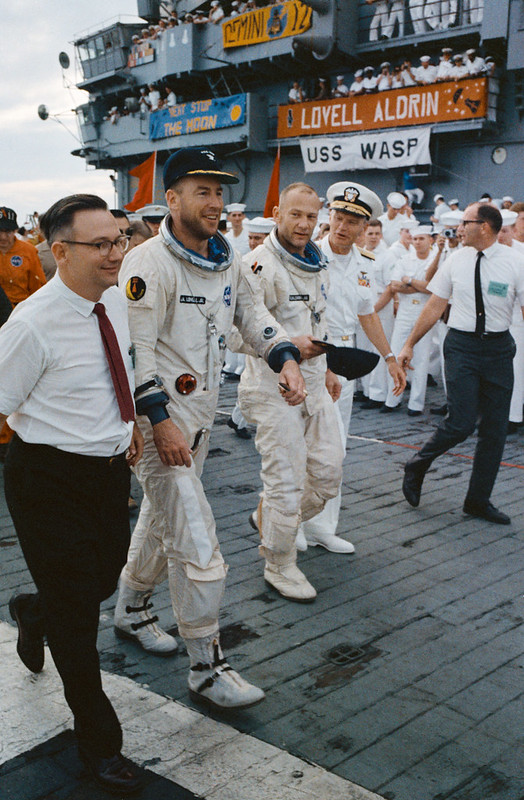 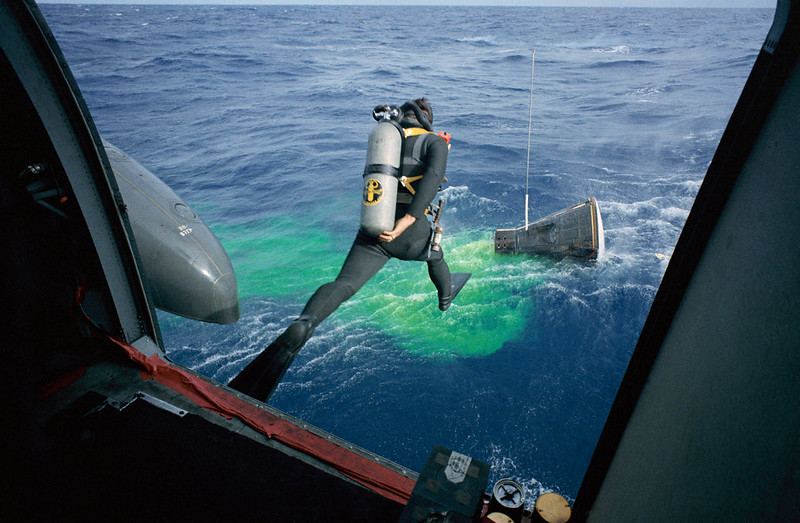 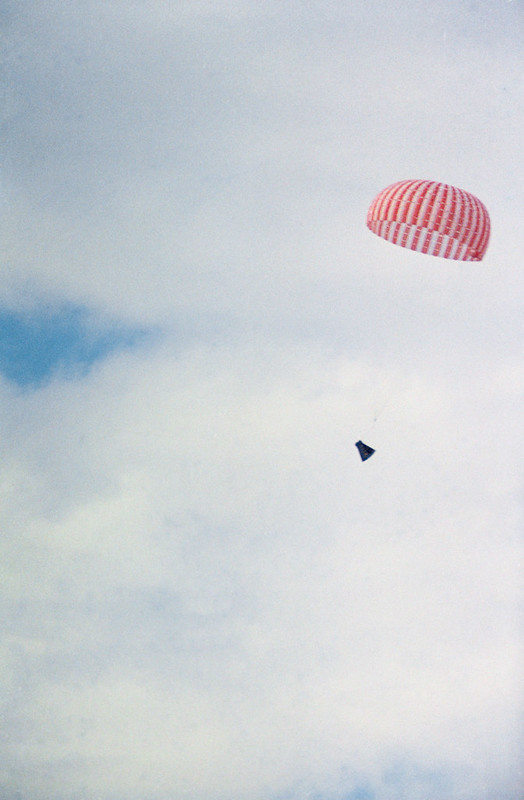