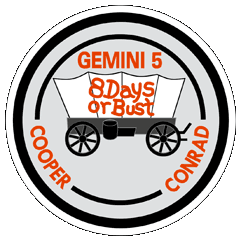 A computer malfunction coupled with approaching thunderstorms caused a launch attempt on August 19, 1965 to be scrubbed.

With a mission duration of nearly eight days, Gemini 5 successfully demonstrated that astronauts could endure weightlessness for the approximate period of time necessary to fly to the Moon and back.

Although the use of on-board fuel cell systems to provide electricity and water during space flights is common today, Gemini 5 marked the first time an on-board fuel cell was used for this purpose. Fuel cell performance was erratic at the start of the mission, but stabilized as the flight pressed ahead.

With the REP rendezvous canceled, the crew performed a simulated rendezvous with an imaginary target instead. Although a number of on-orbit maneuvering experiments were planned, many were canceled due to problems with the Orbital Attitude Maneuvering System (OAMS), which became more and more erratic as the flight continued.

Since these cancellations resulted in more idle time for the astronauts than originally planned, astronaut Conrad later remarked that he wished he had “brought along a book”. A total of 17 scientific experiments were flown, of which 16 were completed.

Once again, a Gemini spacecraft significantly missed its primary recovery vessel. The Gemini 5 spacecraft splashed down about 89 miles short of its target. The error was due to faulty data transmitted to the spacecraft from ground computers.

Note: Gemini 5 was the first U.S. manned space flight to have an official mission insignia. The Gemini 5 astronauts designed a mission insignia featuring a conestoga wagon bearing the motto “8 Days or Bust”.

While the astronauts were allowed to wear the insignia on patches sewn on their spacesuits, NASA required that the motto “8 Days or Bust” be covered with fabric during the actual mission.

NASA managers feared that the public would perceive the mission as a “bust” if for some reason it did not complete eight days in duration, no matter how much scientific data was generated. In addition, NASA feared the potential association of the word “bust” with portions of the female anatomy.

Today, the motto “8 Days or Bust” is included in the official Gemini 5 mission insignia. From Gemini 5 onward, all U.S. manned space flights have carried official insignias designed and approved by the crew. Official insignias for missions before Gemini 5 were approved after those flights were completed. 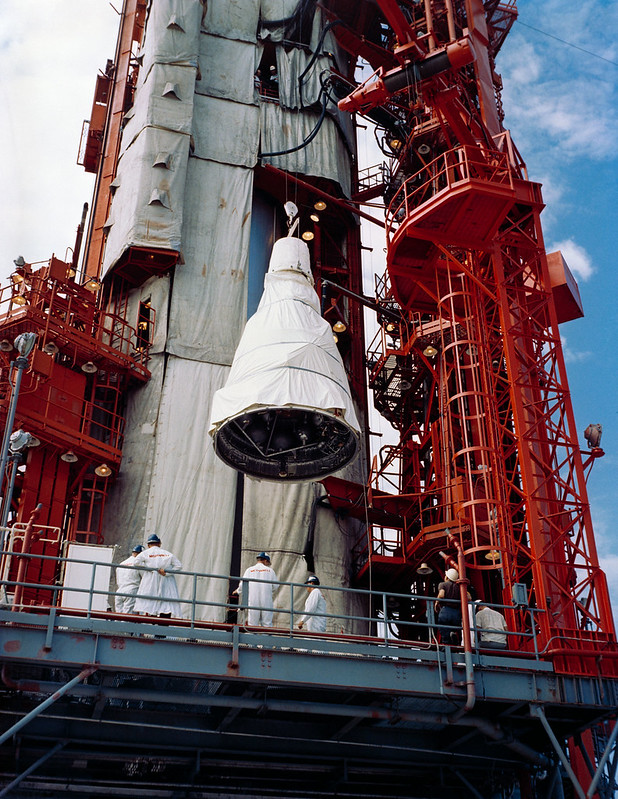 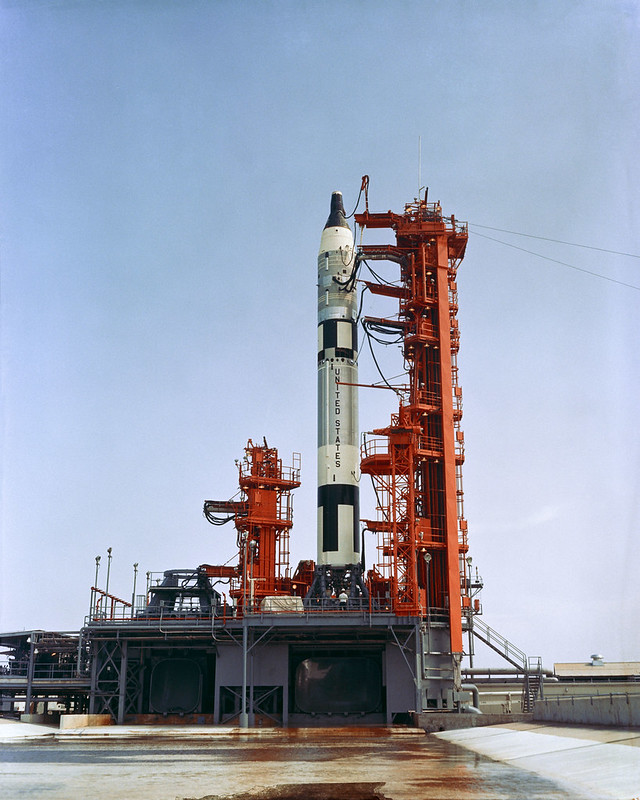 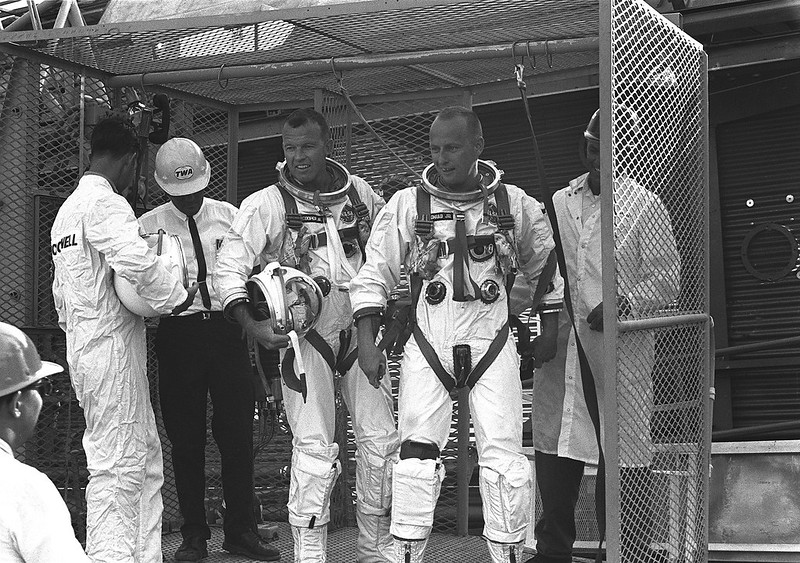 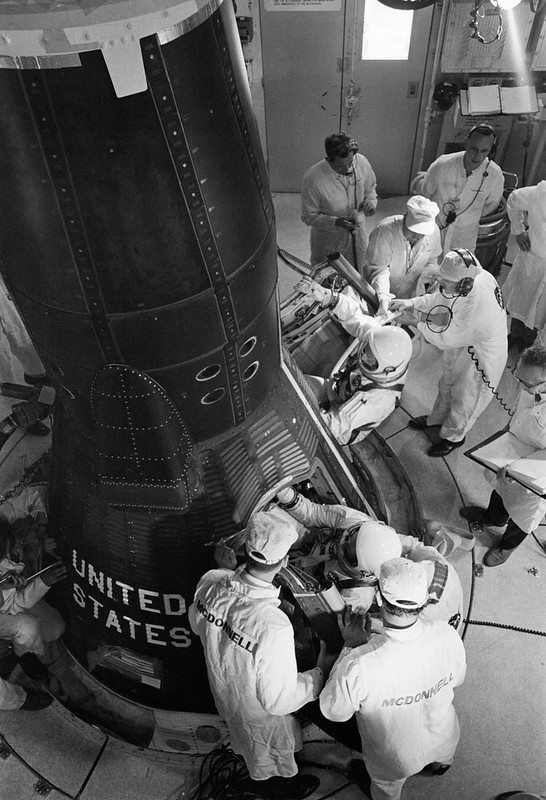 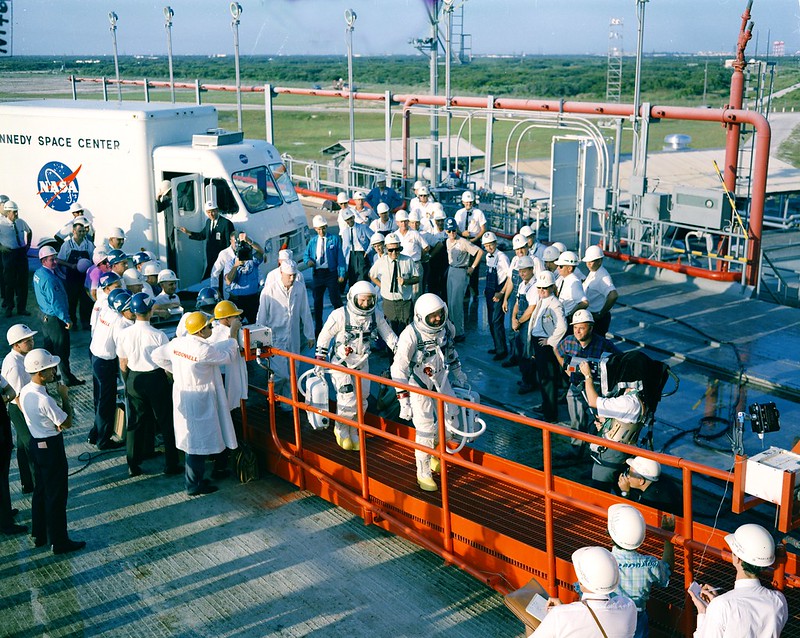 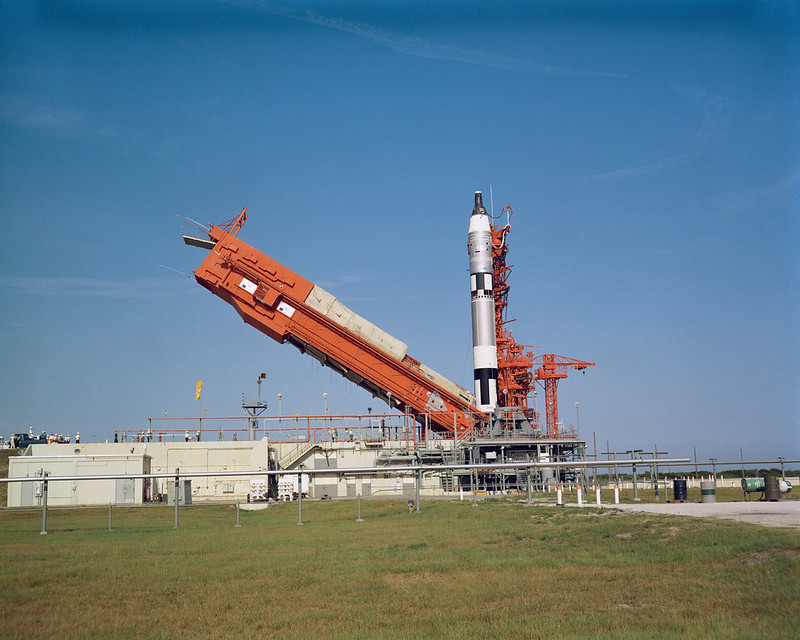 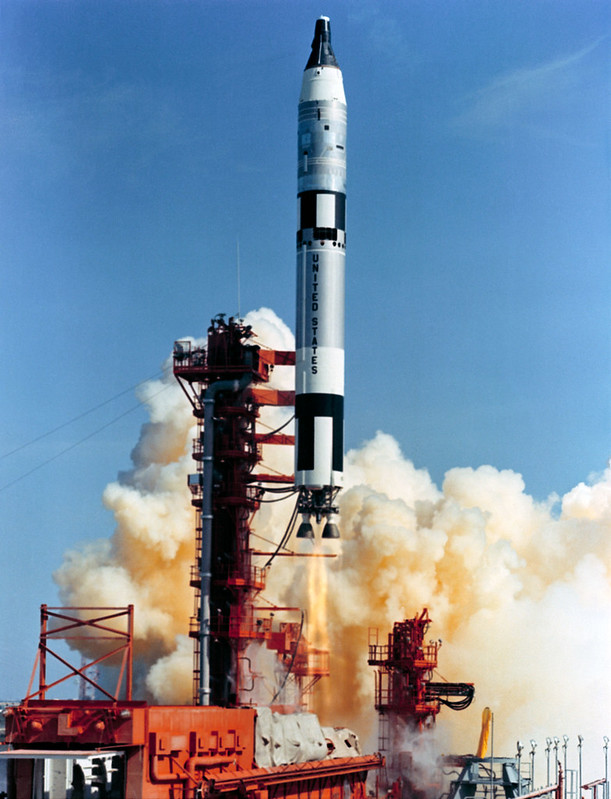 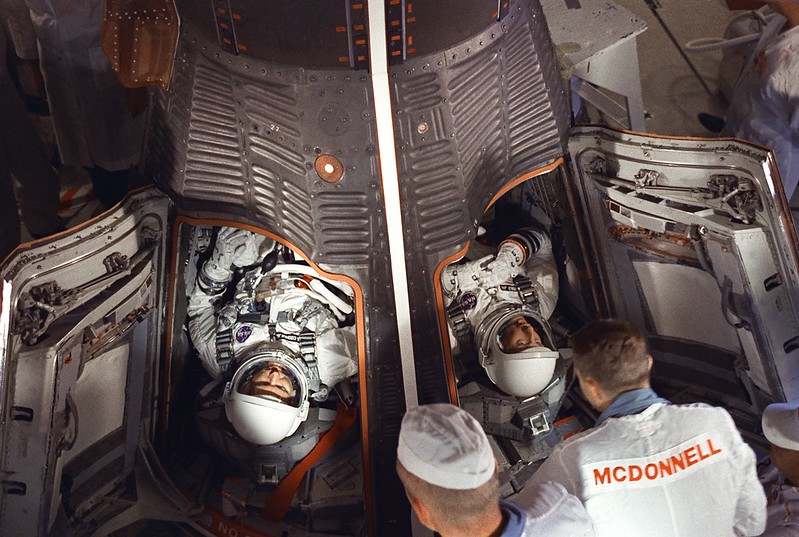 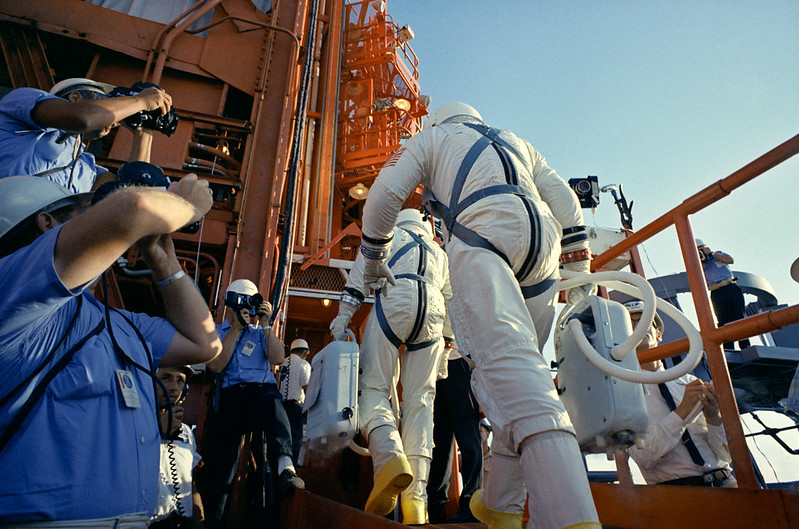 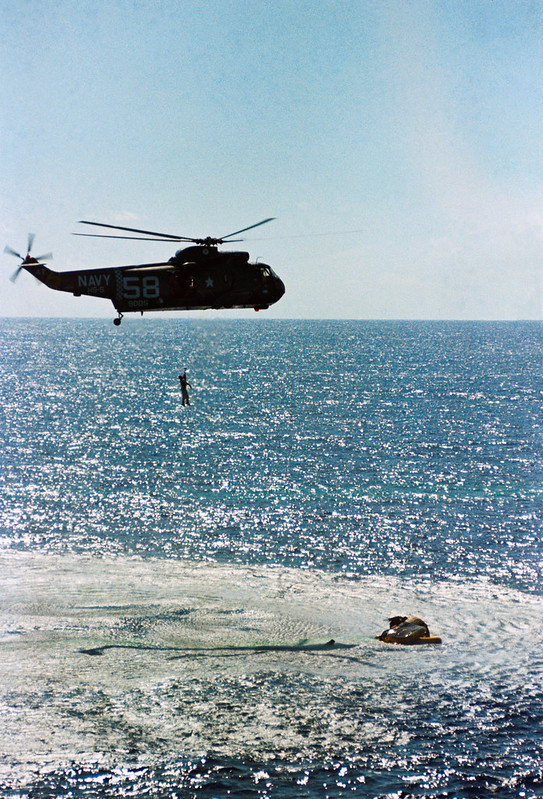 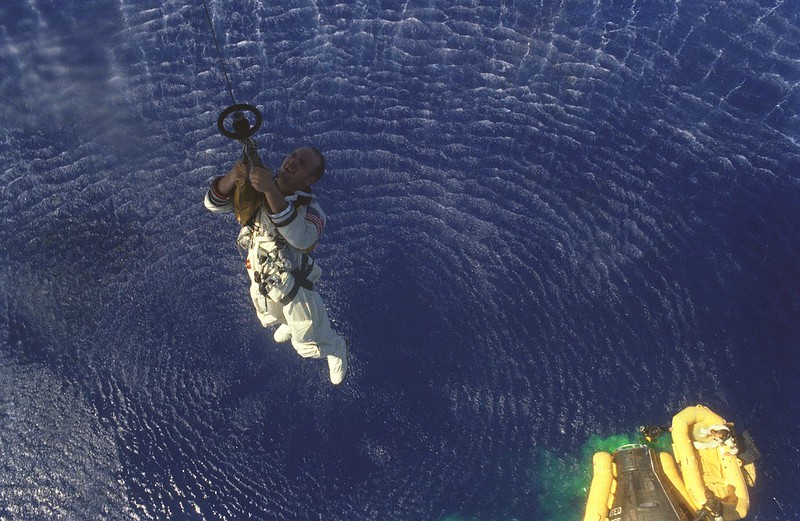 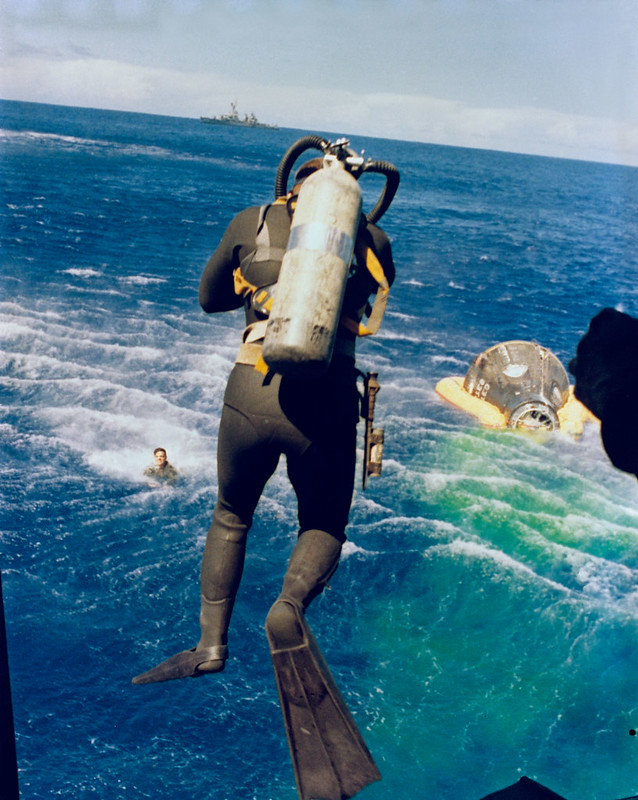 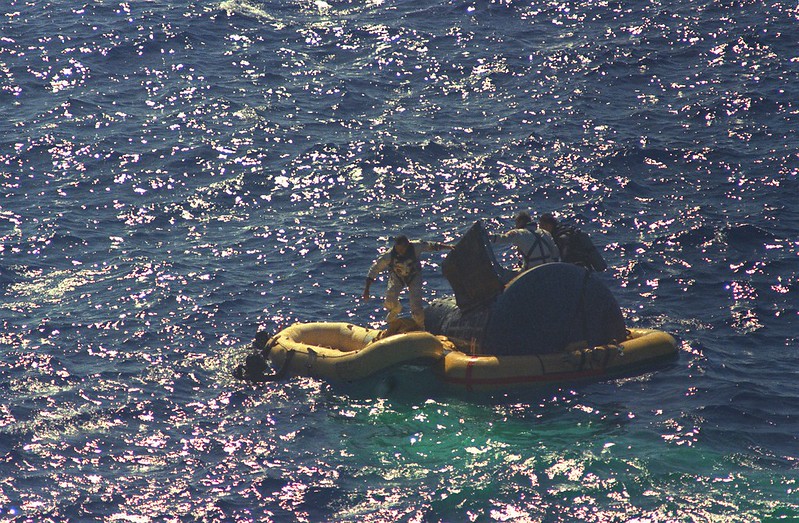 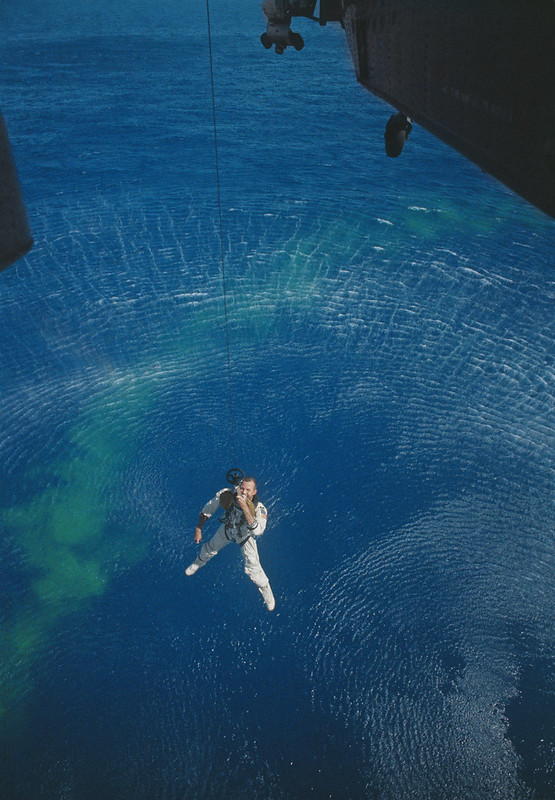 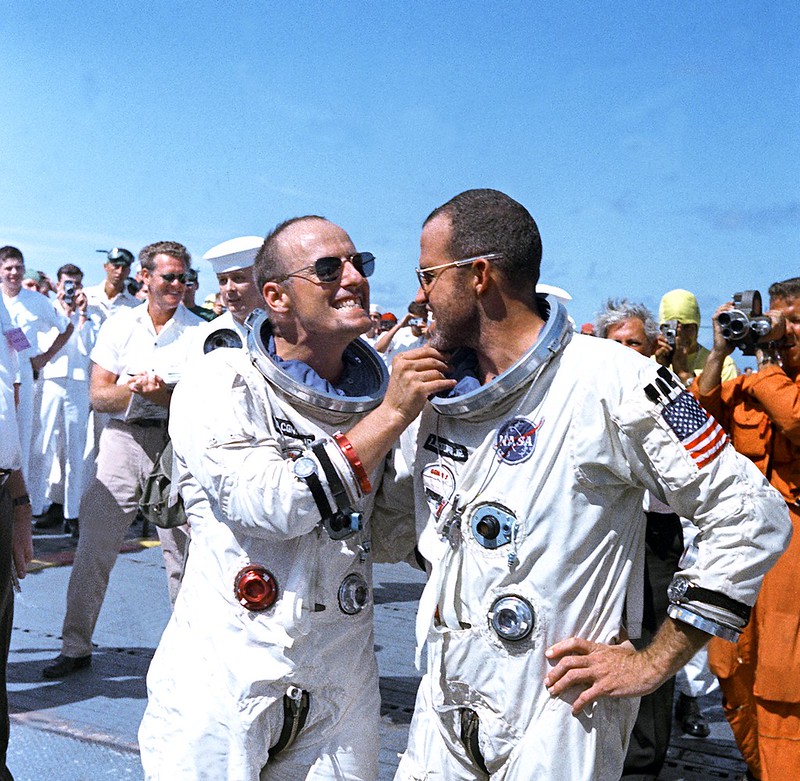 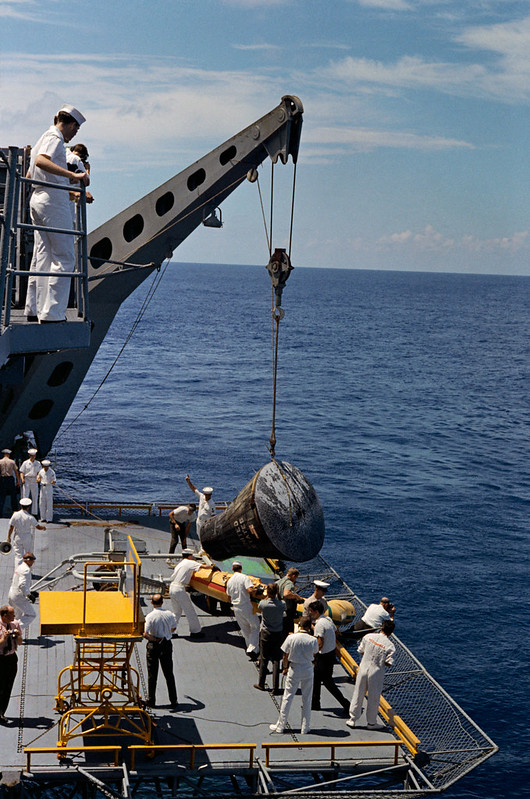