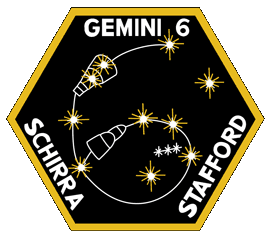 A launch attempt on October 25, 1965 was scrubbed when the Gemini Agena Target Vehicle (GATV) failed to reach orbit. The GATV broke up when its main engine was ignited at Launch Plus 375 seconds.

NASA Administrator James Webb had assured President Lyndon B. Johnson that Gemini 6A could be launched some time during the Gemini 7 mission, which was scheduled to last about 14 days. Studies had indicated that Gemini-Titan II rockets could be launched within a short duration of one another from the same launch site.

A launch attempt on December 12, 1965 was scrubbed when the Master Operations Control Set automatically shut down the Gemini-Titan II first stage one second after it was ignited. The automatic shut down occurred when an electrical umbilical connector separated from the vehicle prematurely.

Further analysis of the launch vehicle determined that the first stage thrust was in the process of decaying, and would have resulted in an automatic shut down even if the shut down related to the umbilical connector had not occurred. The decay of engine thrust was traced to a dust cap inadvertently left in place on an engine component.

The Gemini-Titan II first stage shutdown could have resulted in a catastrophic explosion. Although astronauts Schirra and Stafford had the option of manually ejecting from the Gemini 6A capsule via ejection seats, they chose not to do so and the astronauts safely departed the vehicle about 90 minutes later.

Primary mission objectives included a rendezvous with the Gemini 7 spacecraft, stationkeeping during joint rendezvous operations, testing the visibility and communications between the two spacecraft and the performance of three on-board experiments.

Rendezvous operations were completed just 5 hours, 56 minutes into the flight. The two spacecraft were about 120 feet apart when rendezvous occurred. Stationkeeping maneuvers continued for a total of 3.5 orbits at distances between the spacecraft which varied from one to 300 feet. This was close enough for the crews to see each other.

The Gemini 6A spacecraft was then maneuvered away, and the two spacecraft flew in formation at a distance of about 30 miles until Gemini 6A commenced re-entry operations. Rendezvous maneuvers and formation techniques served to validate those that would be employed in future manned missions.

Achieving the most precise recovery to date in the Gemini program, the Gemini 6A capsule splashed down just seven miles from its primary target point.

SELECTED NASA PHOTOS FROM GEMINI 6A 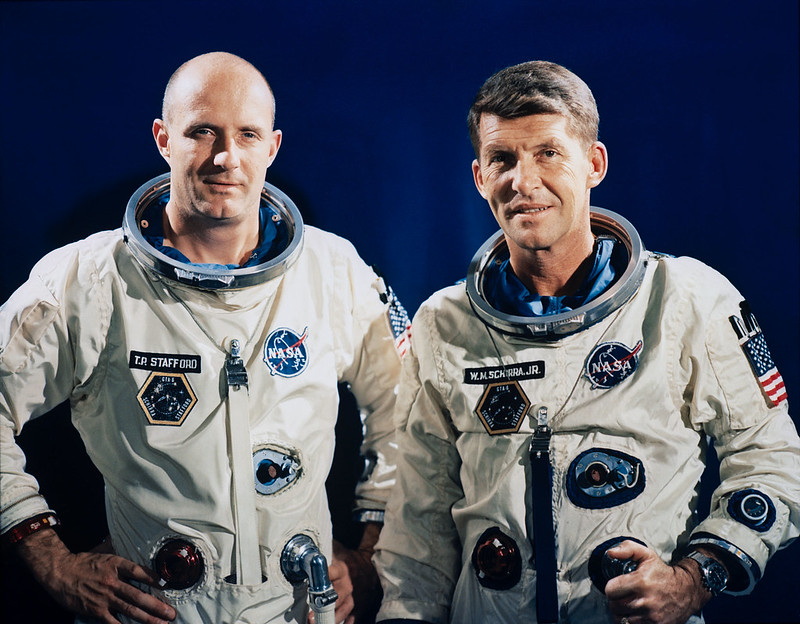 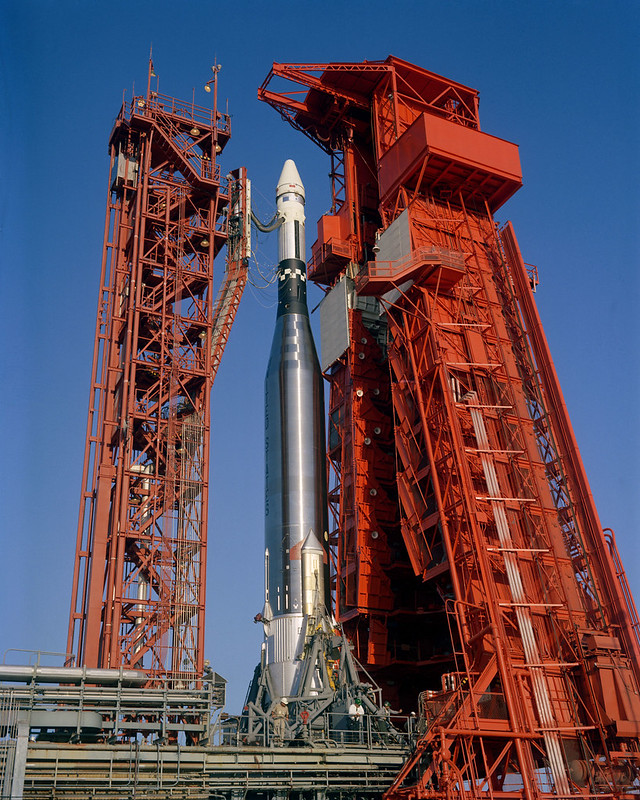 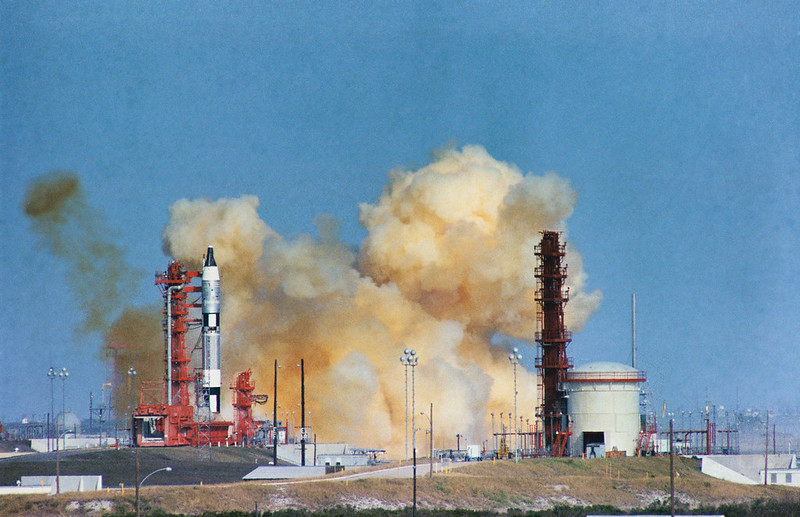 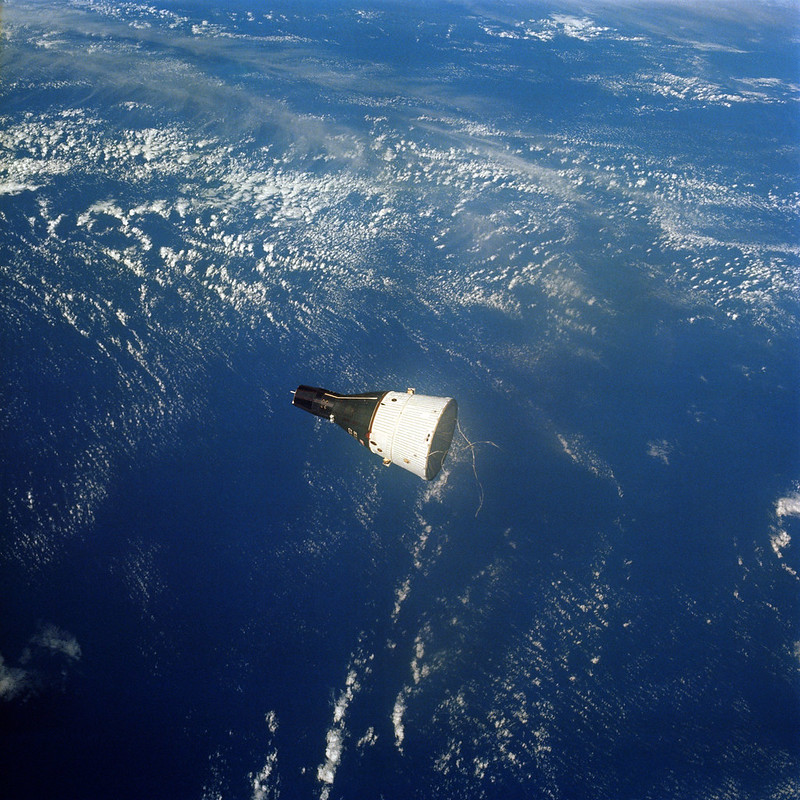 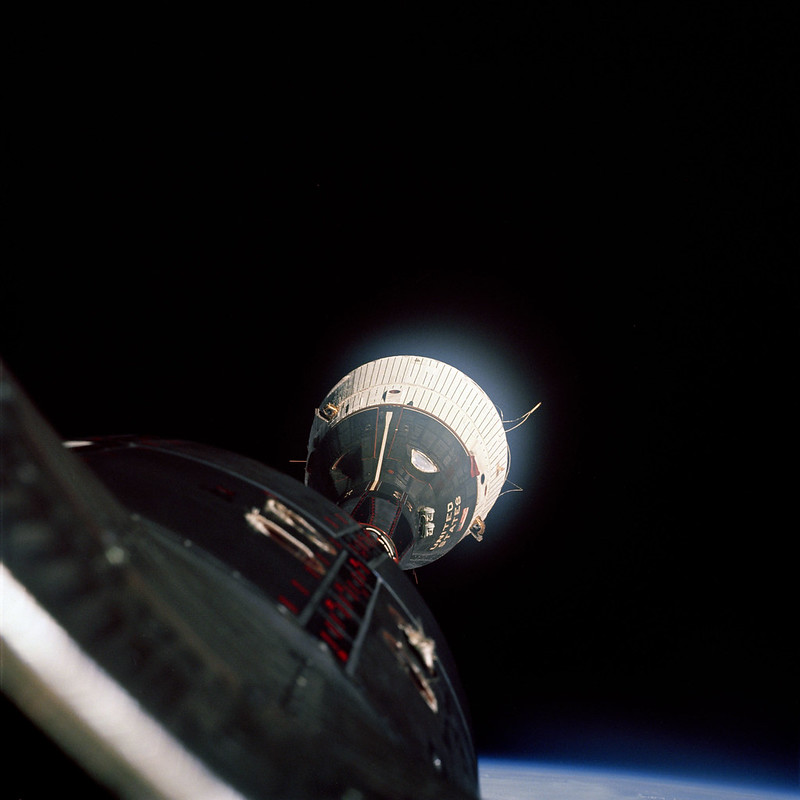 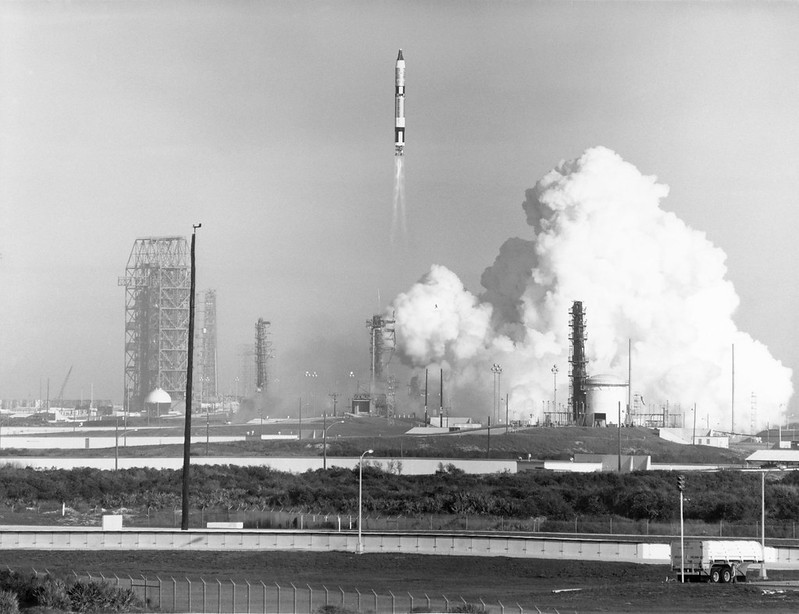 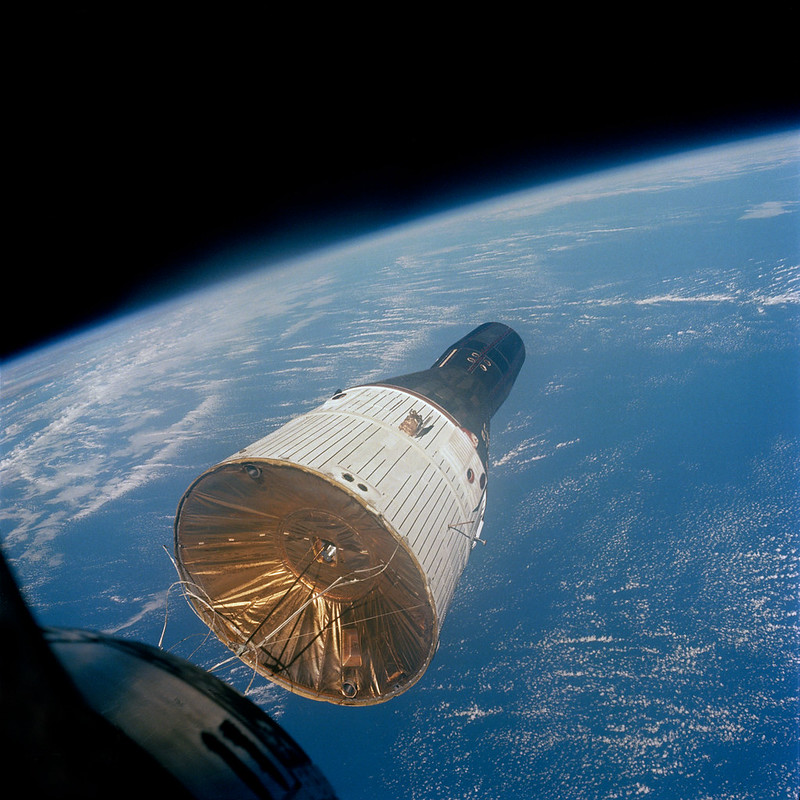 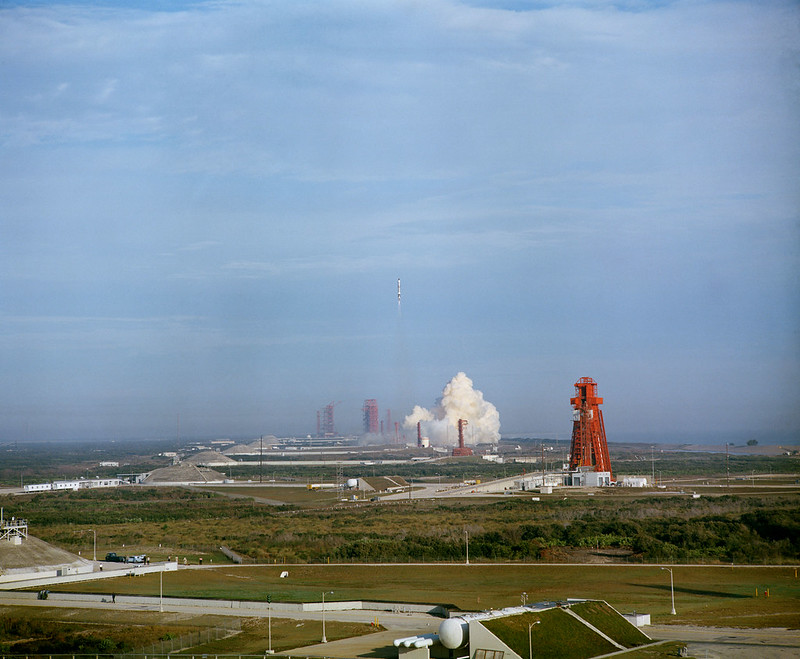 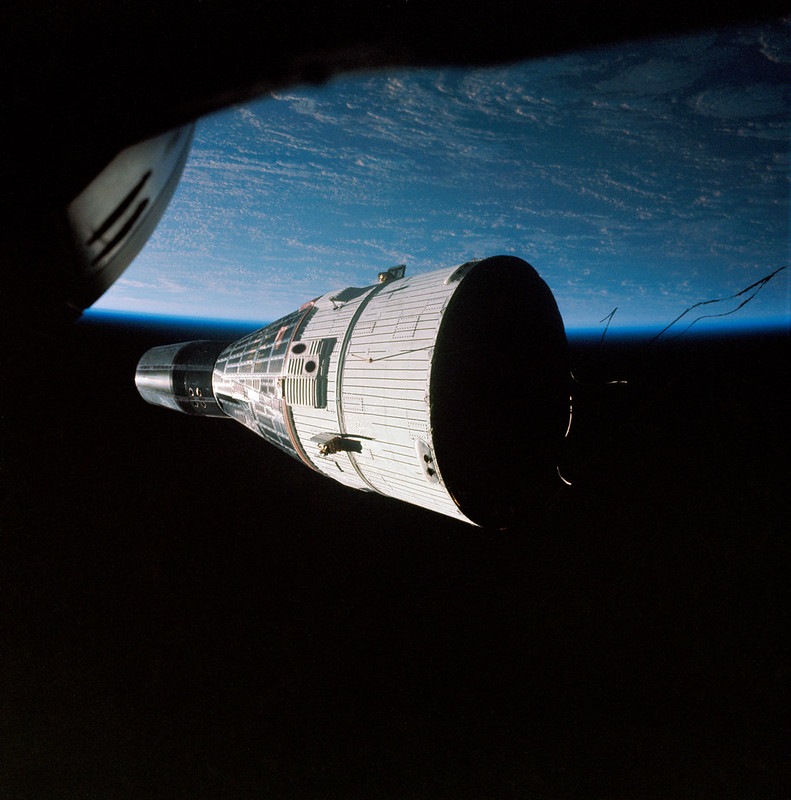 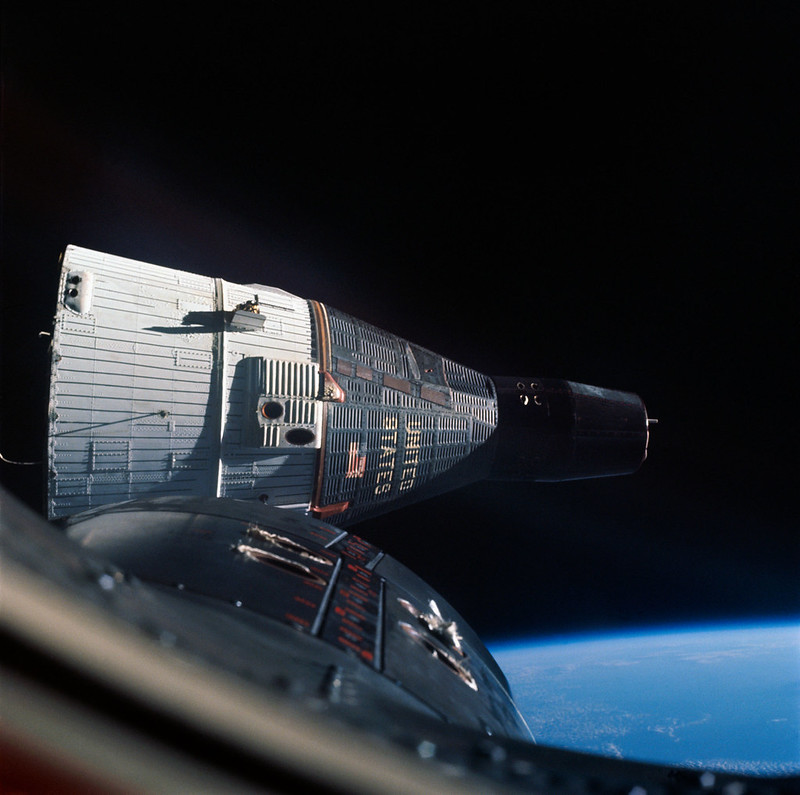 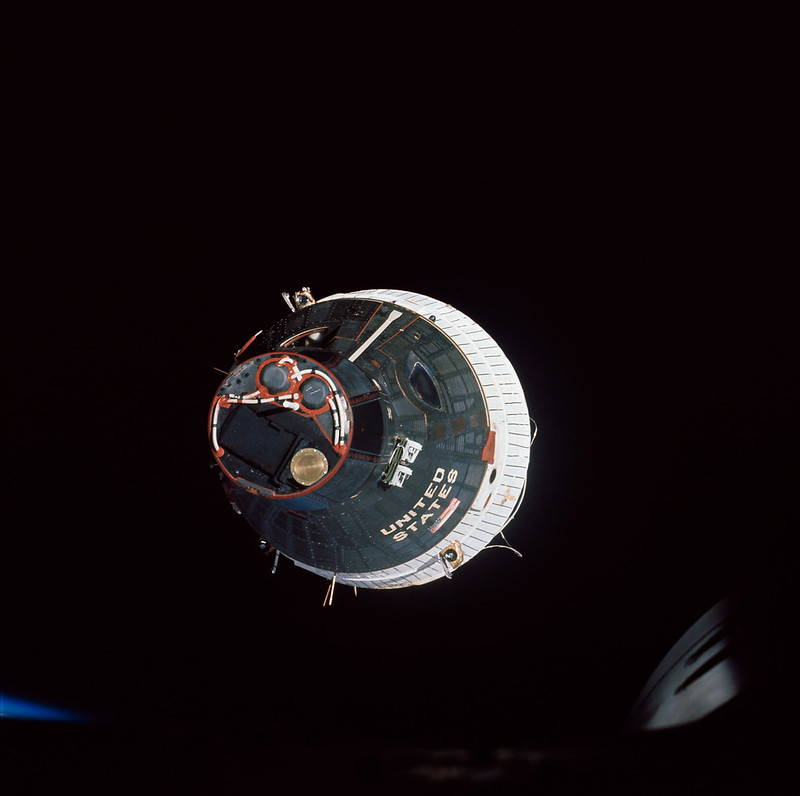 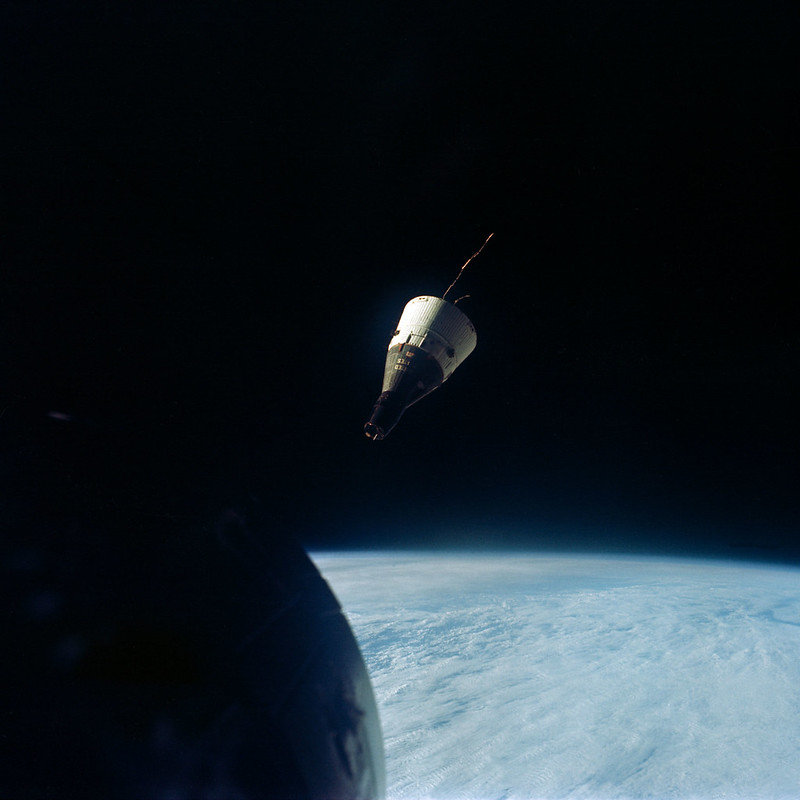 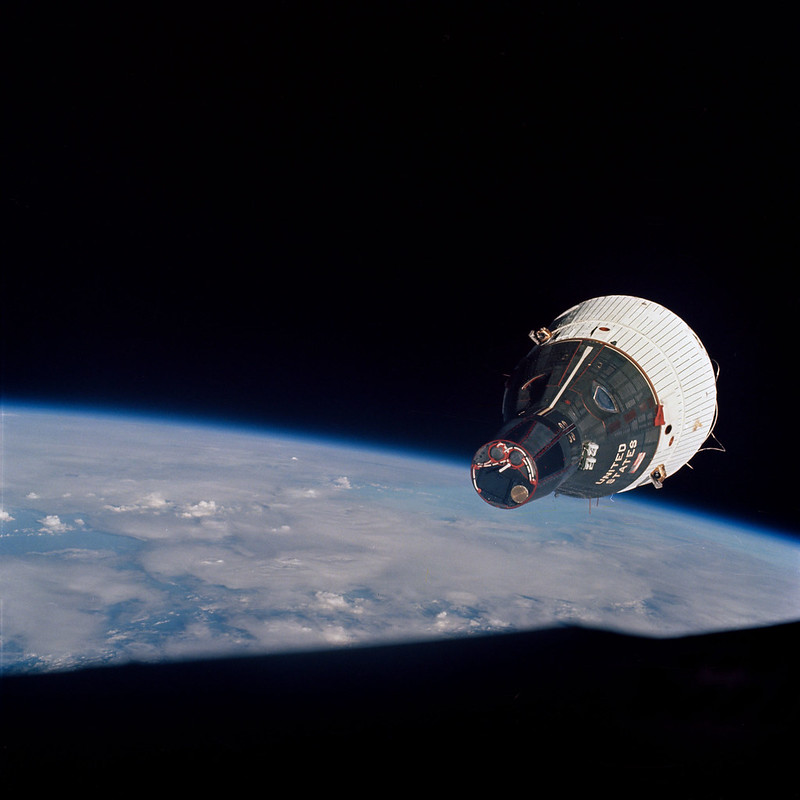 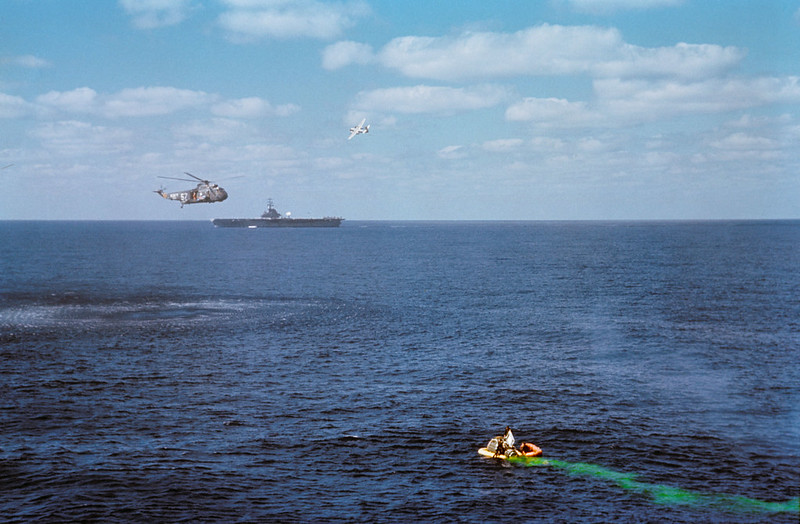 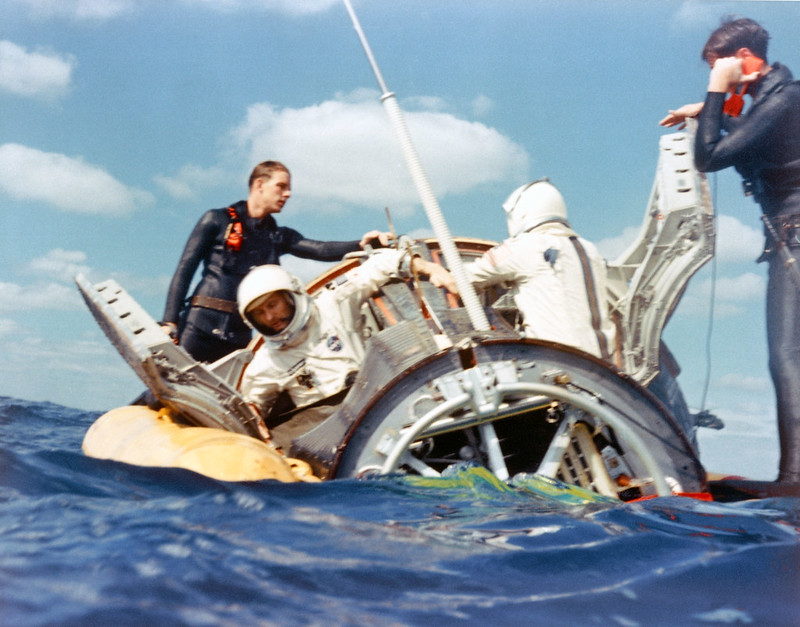 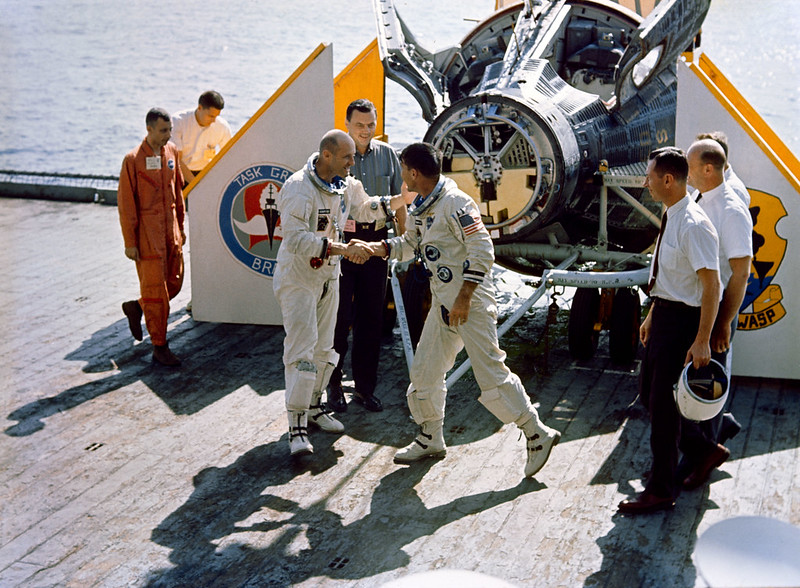 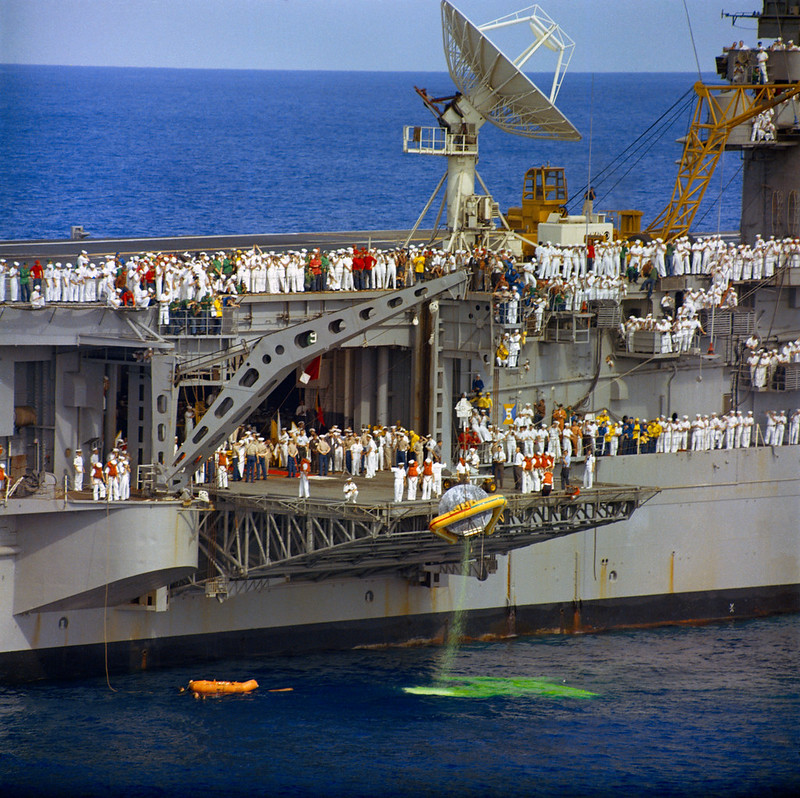