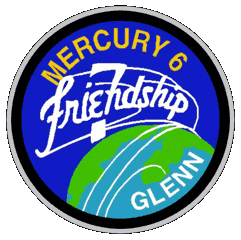 A launch attempt on February 14, 1962 was again scrubbed due to bad weather. Prevailing weather patterns caused NASA not to schedule another launch attempt until February 20, 1962.

Splashdown occurred in the Atlantic Ocean about 166 miles east of Grand Turk Island. The capsule remained on the water just 21 minutes before being recovered, and Glenn remained inside the capsule until it was on the deck of the recovery vessel.

Glenn manually piloted Friendship 7 during his second and third orbits due to difficulties with automatic pilot controls, which failed due to the apparent clogging of a yaw attitude control jet. Another apparent technical difficulty made for the first in-flight high drama of the fledgling U.S. manned space program.

As Glenn prepared for re-entry, mission managers became aware of a potential problem. They initially kept their concern from Glenn, but the astronaut inquired after he was told to carry out unfamiliar instructions.

Glenn was told that there was a possibility that the capsule’s landing bag and heat shield may have come loose at some point during the flight. The landing bag was designed to absorb the shock of water impact, and the heat shield protected the spacecraft during the intense heat of re-entry.

Glenn was instructed to delay the jettison of the capsule’s retro-rocket package in hopes that the straps that held it to the capsule might keep the potentially loose heat shield in place until the last possible moment.

The astronaut was simply told not to release the retro-rocket package until after he passed over Texas. At this point in the flight, re-entry had already begun.

Glenn later recalled that he saw the burning retro-rocket package pass by outside his window, causing him to believe his spacecraft was burning up.

Indeed, an anxious world awaited word during the tense moments of communications blackout during re-entry before it was clear that Glenn had returned to Earth safely.

NASA gained valuable medical insight during the 285 minutes of weightlessness experienced by Glenn during the flight. Glenn also had the distinction of being the first U.S. astronaut to eat in space. He emptied a small tube of applesauce during the flight.

The mission also first discovered what became known as the “Glenn Effect”. Early in the flight, Glenn noticed what seemed to be brightly lit fireflies dancing outside his window.

These were later identified as frost particles sparkling in the sunlight after being emitted from the spacecraft’s attitude control jets.

Glenn was awarded the NASA Distinguished Service Medal by President John F. Kennedy during a ceremony at Cape Canaveral on February 23, 1962. This was followed by a number of special events during “John Glenn Day” activities in Washington D.C. on February 26, 1962. 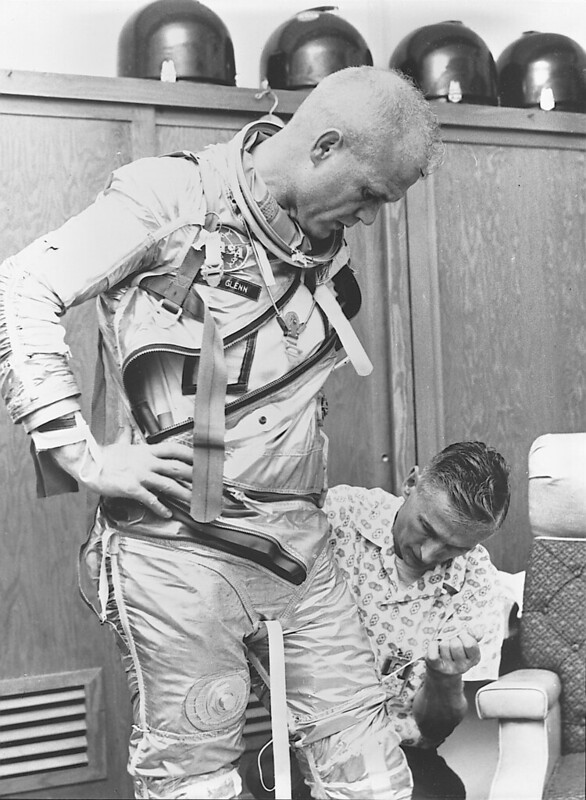 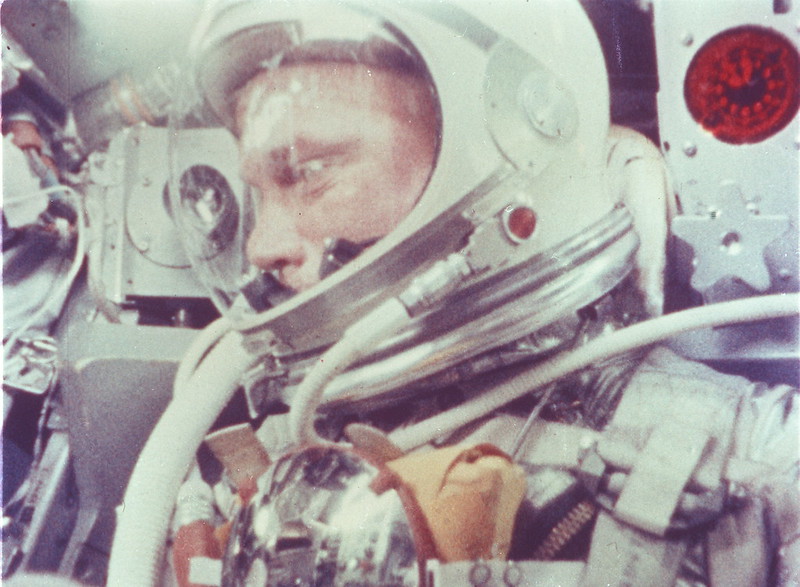 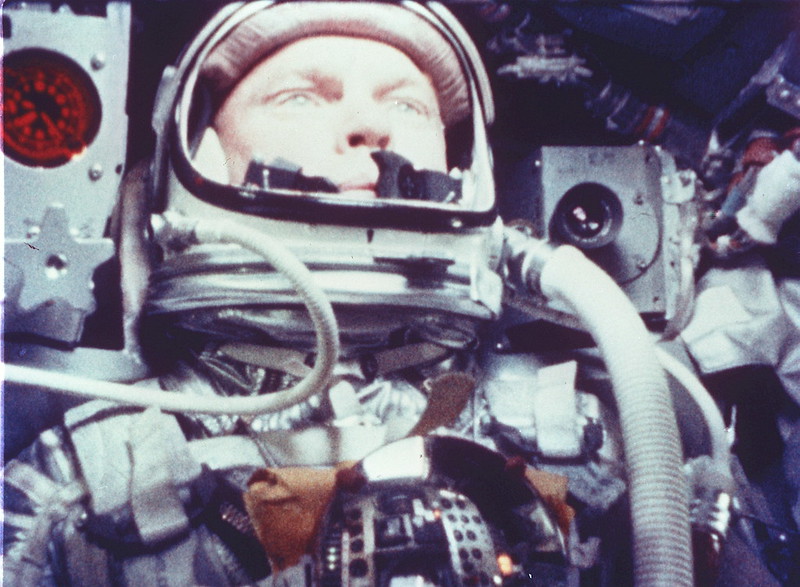 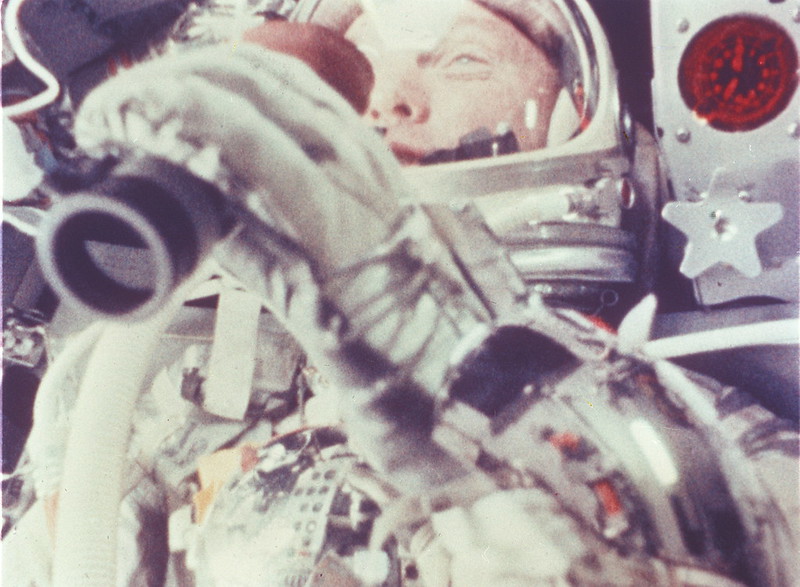 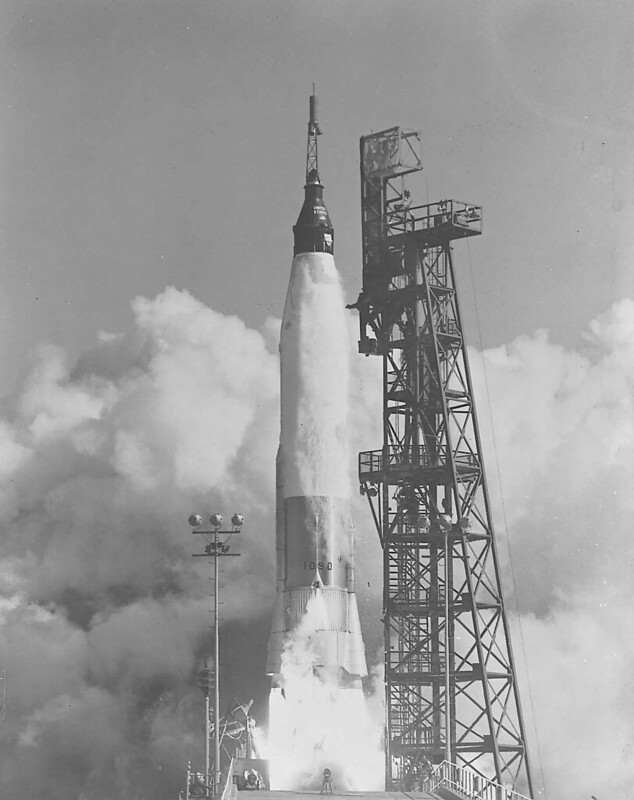 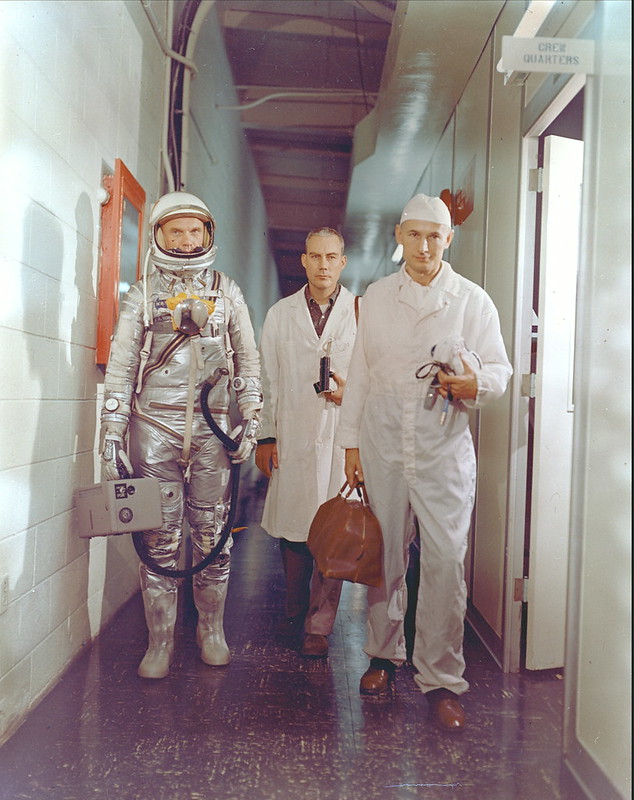 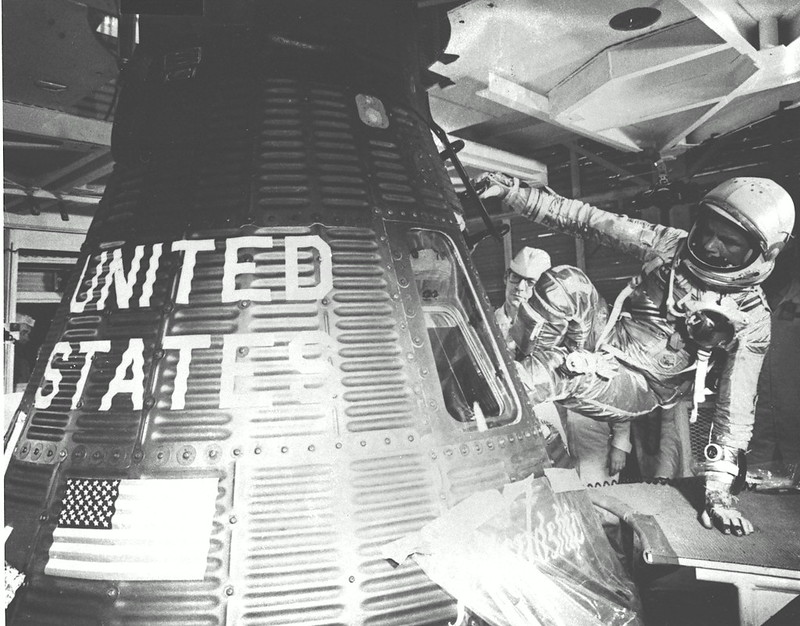 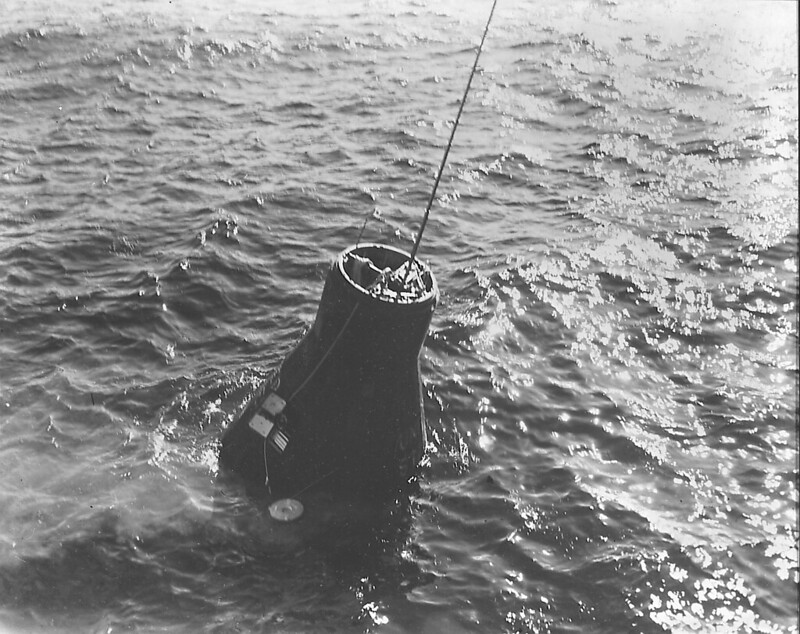 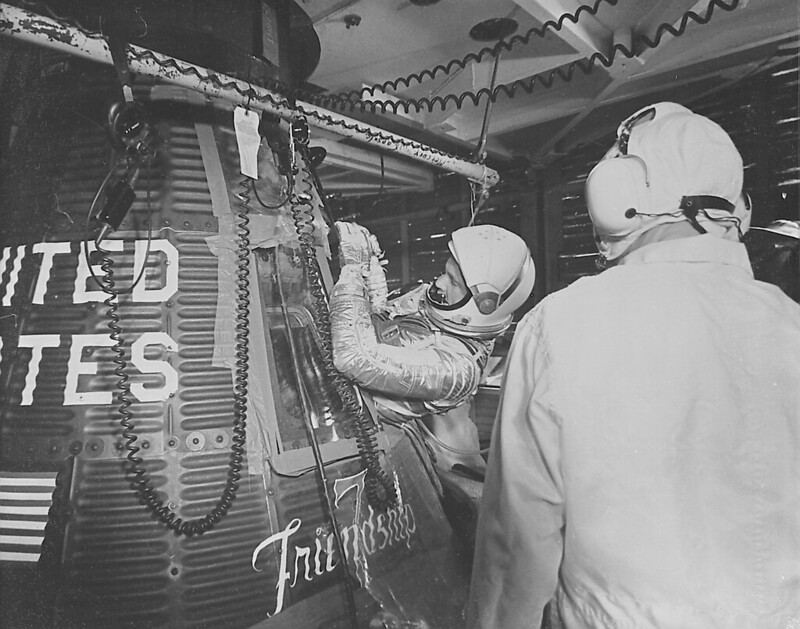 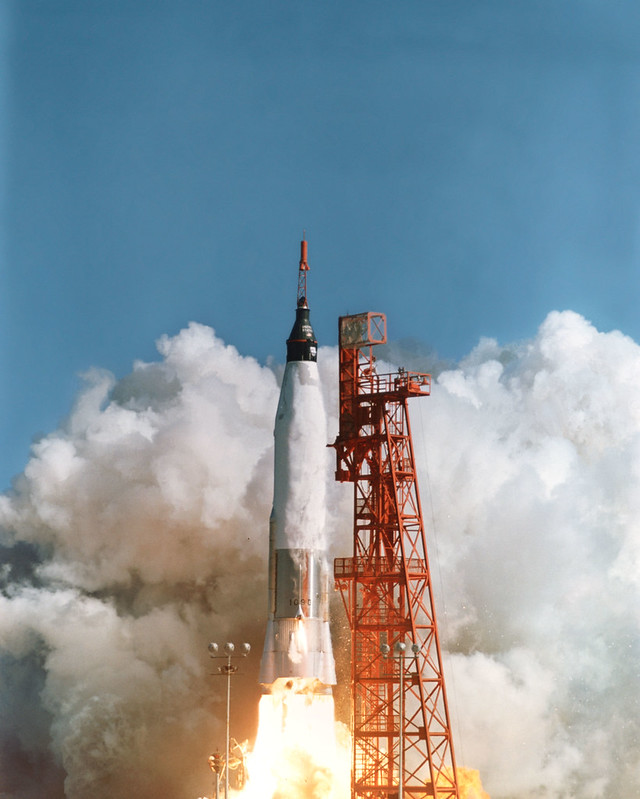 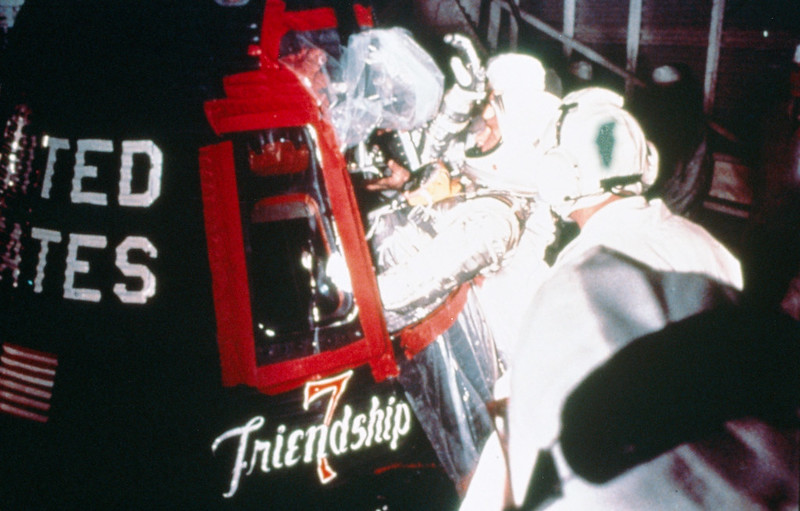