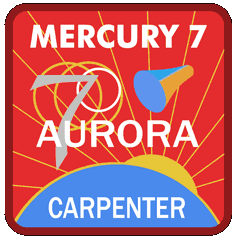 On May 7, 1962 NASA announced that the launch would be delayed several days until mid-May, 1962 due to checkout problems associated with the Atlas rocket.

On May 17, 1962 the launch was postponed further to allow necessary modifications to be made to altitude sensing instruments in the parachute deployment system. A launch attempt on May 19, 1962 was scrubbed due to irregularities detected in the temperature control device on an Atlas flight control system heater.

Carpenter became the second American to orbit Earth, entering orbit at over 17,500 miles per-hour and completing an 81,200-mile flight.

A three-second delay of Carpenter to begin re-entry firing coupled with a 25-degree yaw error at the time of re-entry firing caused the capsule to splashdown about 250 miles beyond the intended recovery area.

Carpenter egressed through the top of the capsule to await recovery, which took 2 hours, 59 minutes and occurred about 125 miles northeast of Puerto Rico.

Although essentially identical to the orbital flight which preceded it, Aurora 7 carried two on-board experiments. One experiment tested the way liquids react in weightlessness, and the other was an inflatable balloon intended to be inflated outside the capsule to provide drag and visual data. The balloon failed to inflate.

The capsule was subsequently allowed to drift for 77 minutes, in addition to drift time already built into the flight. Only one technical problem occurred as circuitry associated with a pitch horizon scanner failed, eliminating a reference point to the attitude gyroscopes.

Carpenter also became the first U.S. astronaut to eat an entire meal in space. It, like John Glenn’s applesauce, was squeezed out of small tubes. Carpenter was awarded the NASA Distinguished Service Medal by NASA Administrator James Webb during a ceremony held at Cape Canaveral on May 27, 1962. 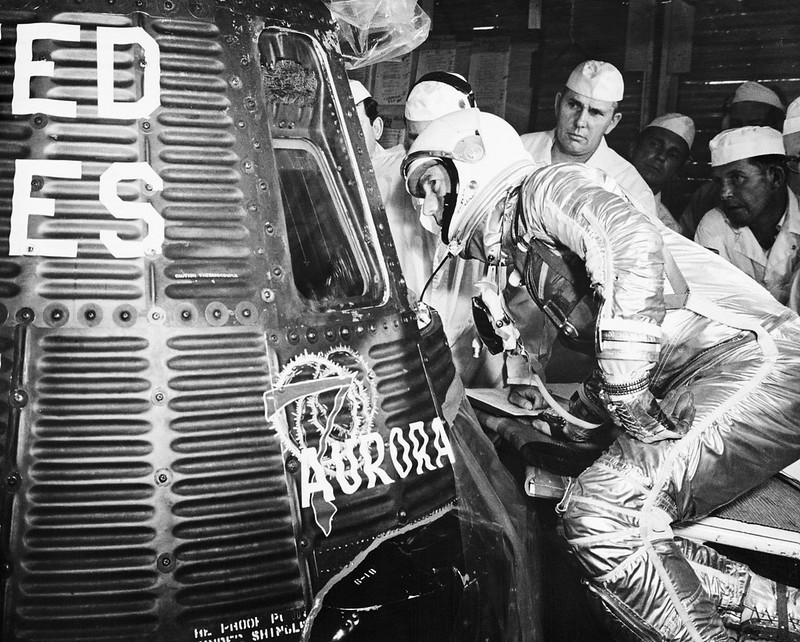 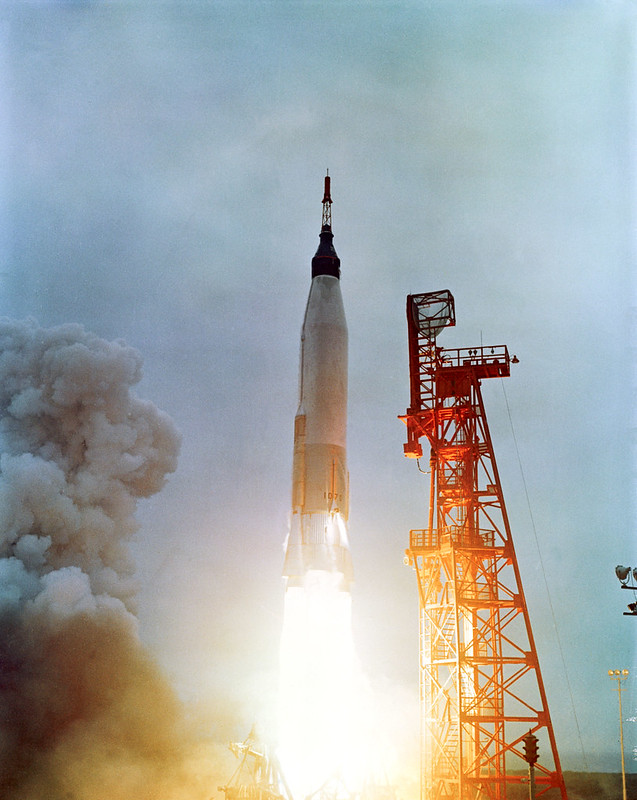 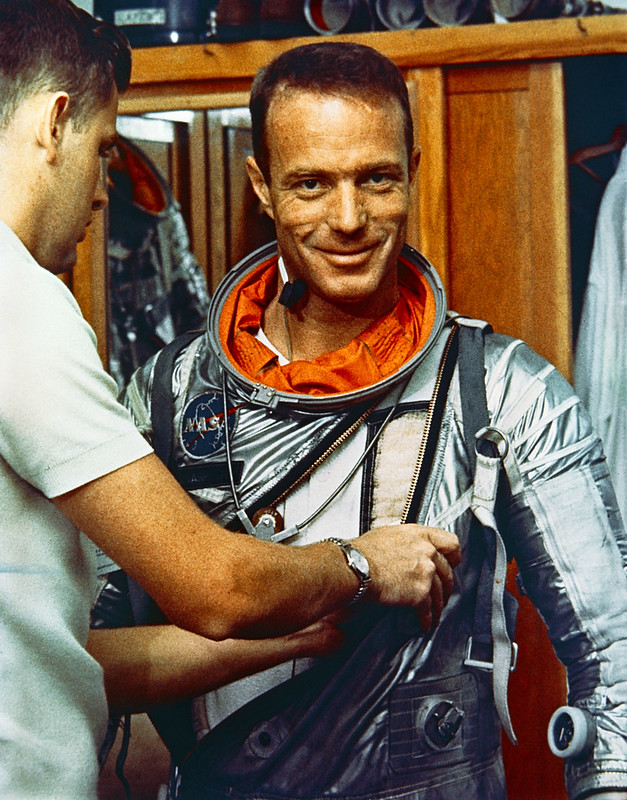 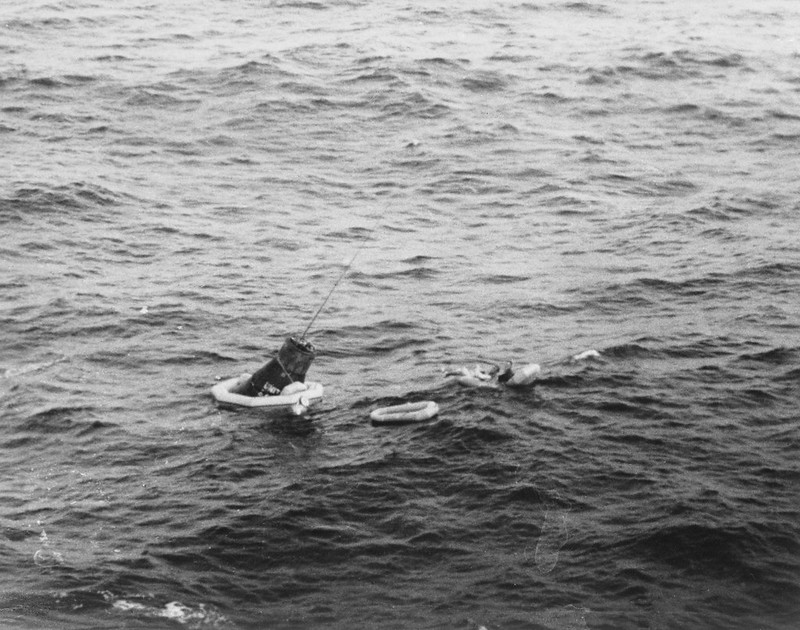 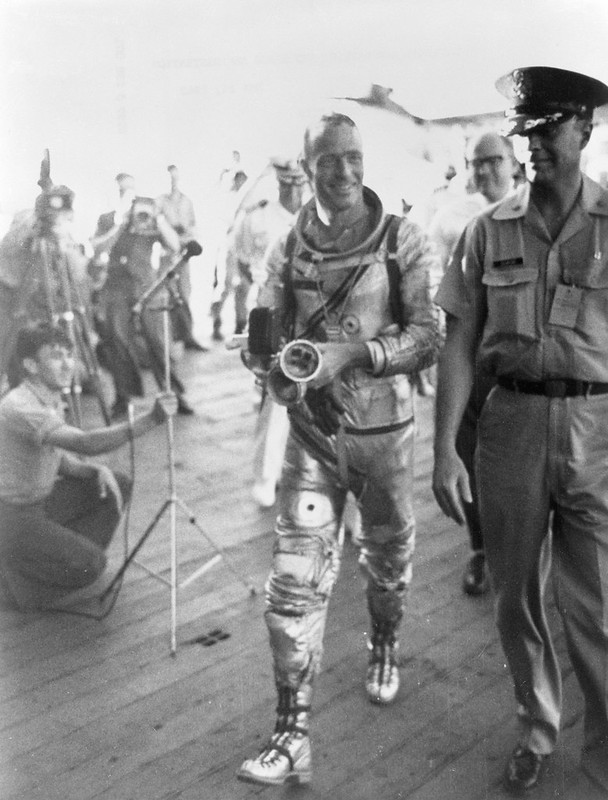 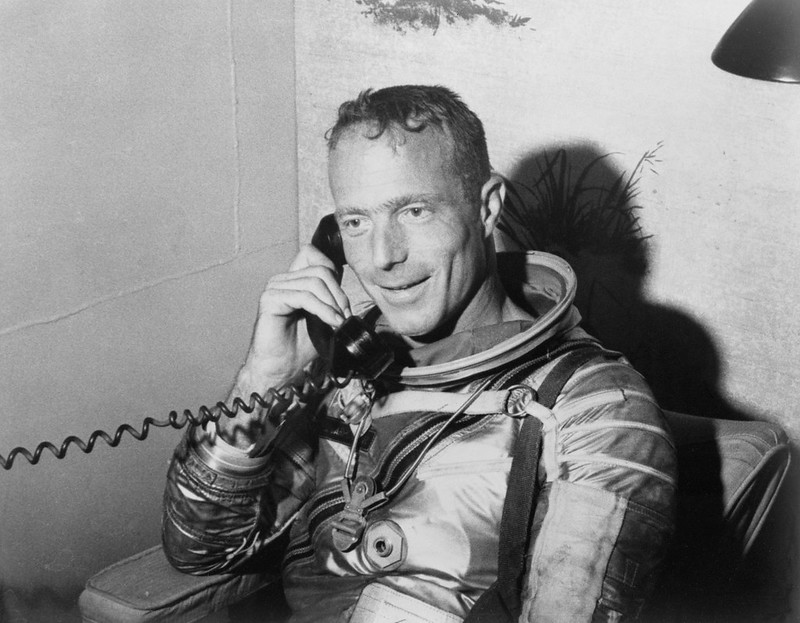 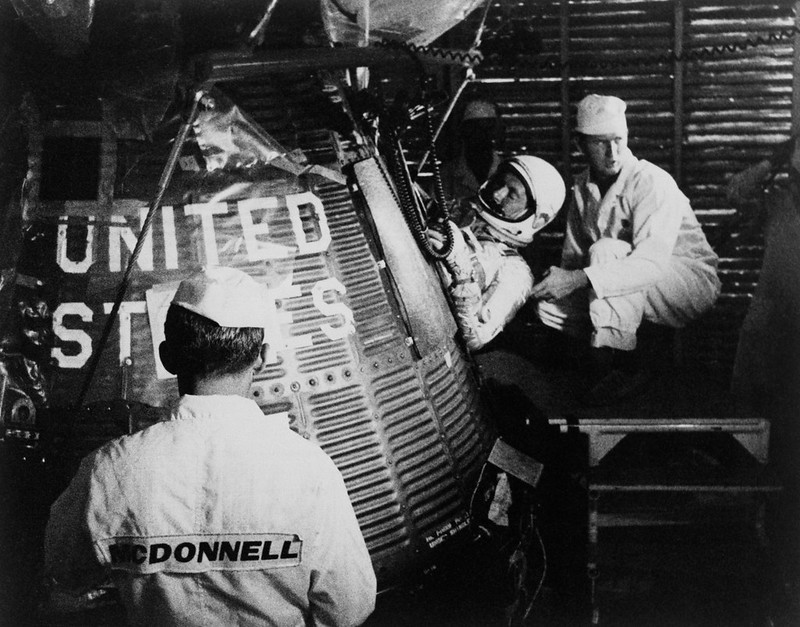