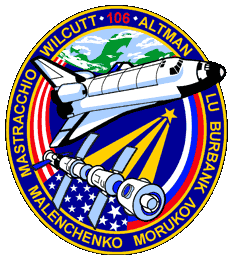 STS-106 marked the fourth Space Shuttle flight to the International Space Station (ISS). Atlantis docked to ISS at 1:51 a.m. EDT on September 10, 2000. Astronauts Lu and Malenchenko conducted a 6-hour, 14-minute spacewalk which began in the late hours of September 10, 2000 and was completed on September 11, 2000. During the spacewalk, the astronauts routed and connected nine power, data and communications cables between the ISS Zvezda Module and the ISS Zarya Module. They also installed a six-foot magnetometer to the ISS exterior. Using tethers and handrails, the astronauts were able to venture as many as 100 feet above the Atlantis cargo bay, establishing a record distance for tethered Space Shuttle spacewalks.

On the fourth day of the mission, the crew entered ISS to begin the transfer of more than 6,000 pounds of hardware and supplies. Maintenance tasks, including the installation of batteries and electrical equipment, were also performed. While docked to ISS, the Atlantis Reaction Control System (RCS) thrusters were fired to raise the orbit of ISS by about 14 miles. The crew spent 5 days, 9 hours, 21 minutes aboard ISS before hatches were closed. Atlantis undocked from ISS at 11:46 p.m. EDT on September 17, 2000 after a total stay of 7 days, 21 hours, 54 minutes. Undocking was followed by a double-loop flyaround by Atlantis at a distance of about 450 feet from ISS. 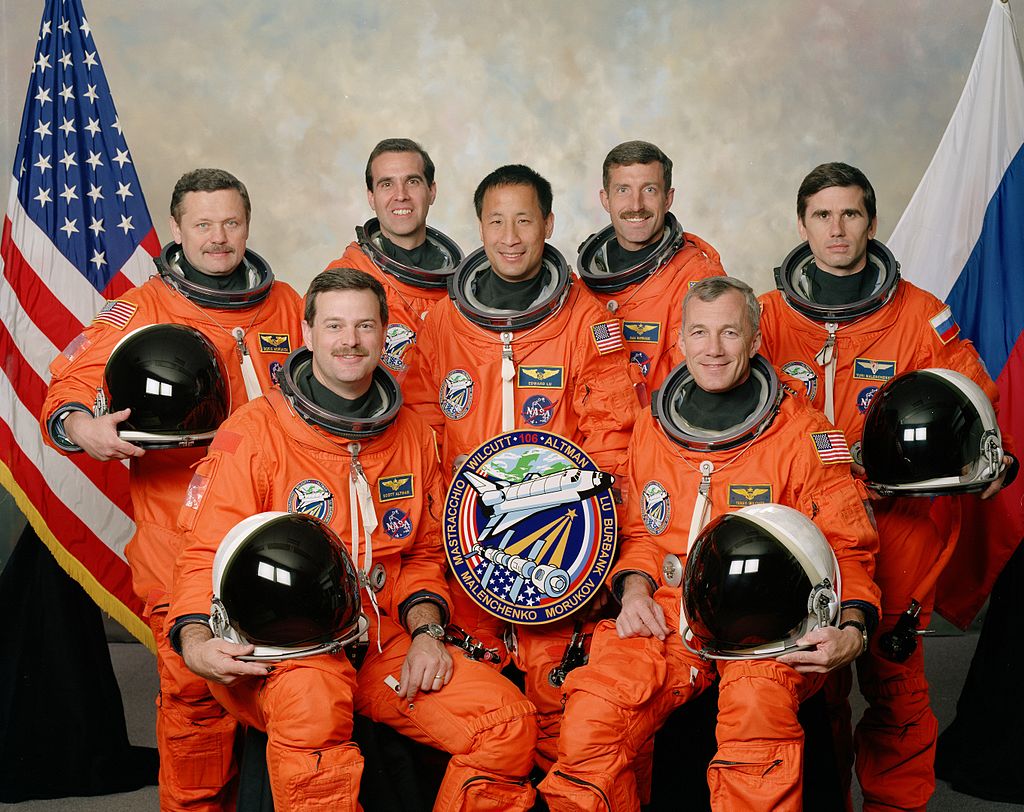 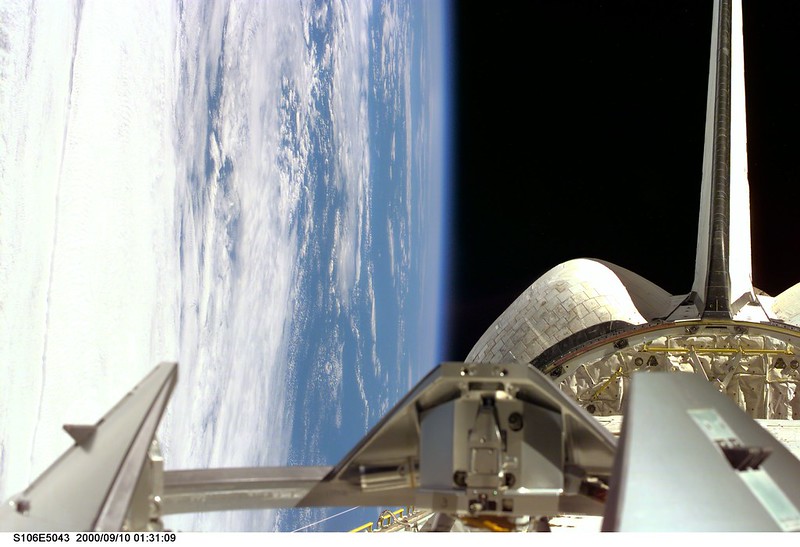 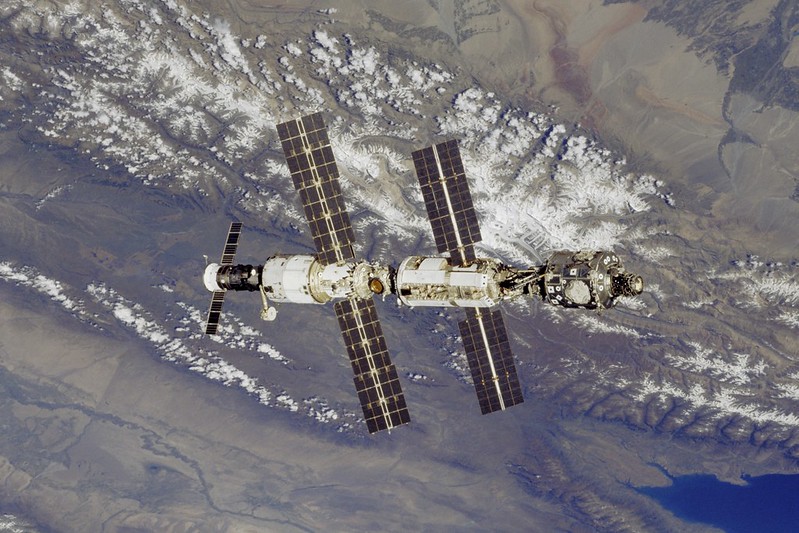 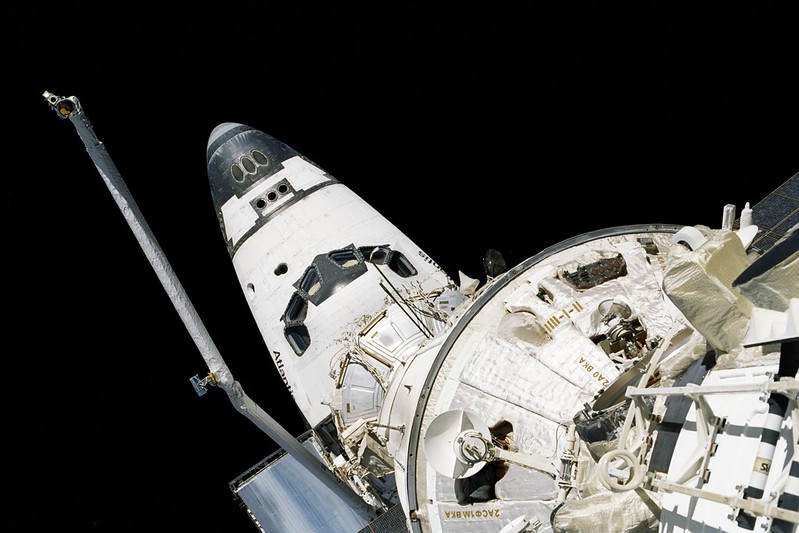 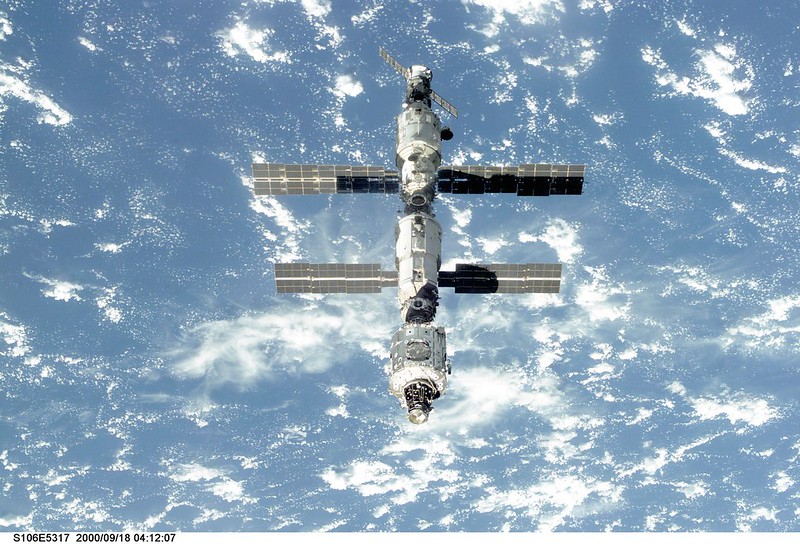 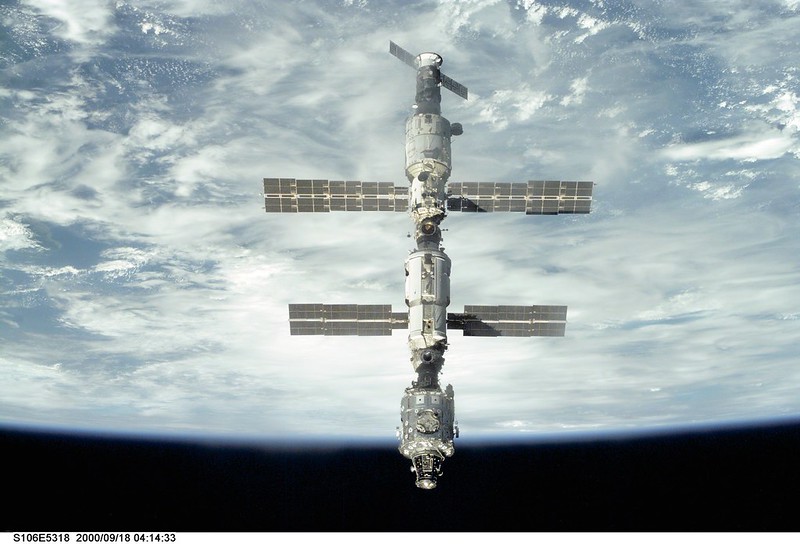 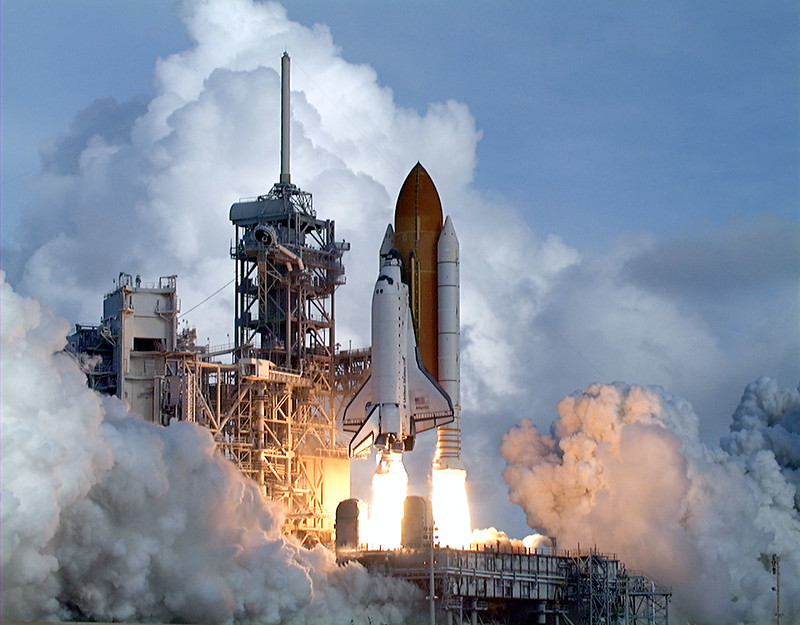 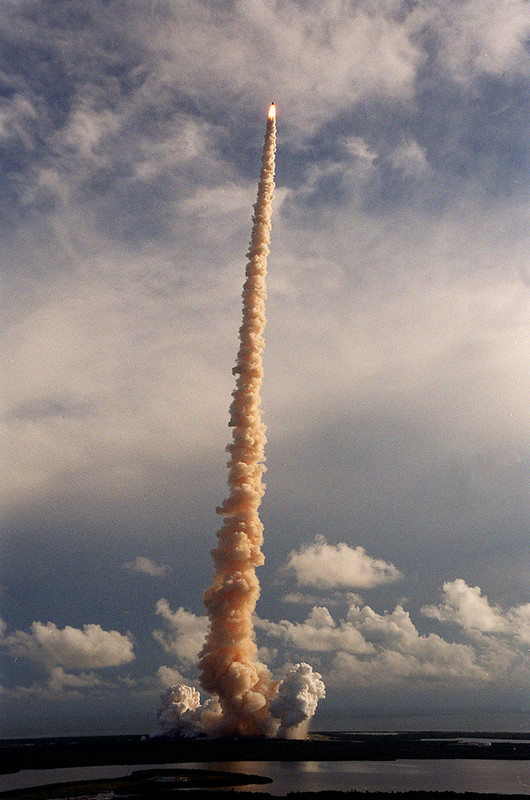 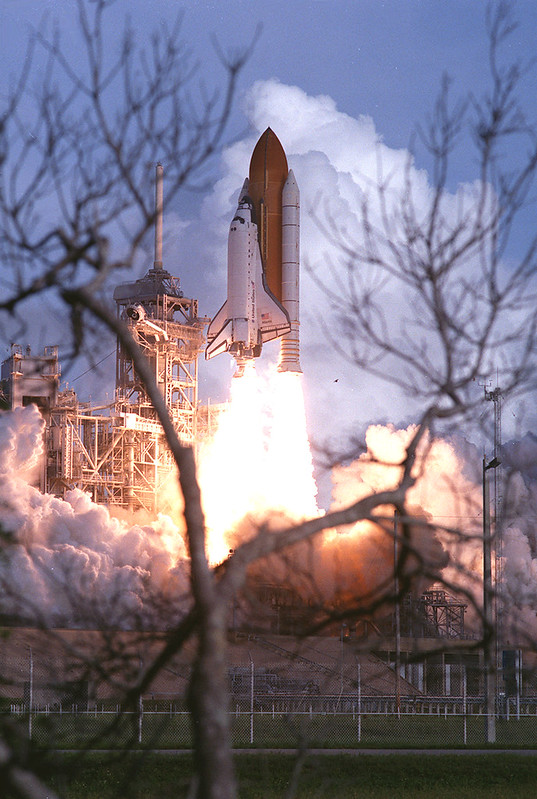 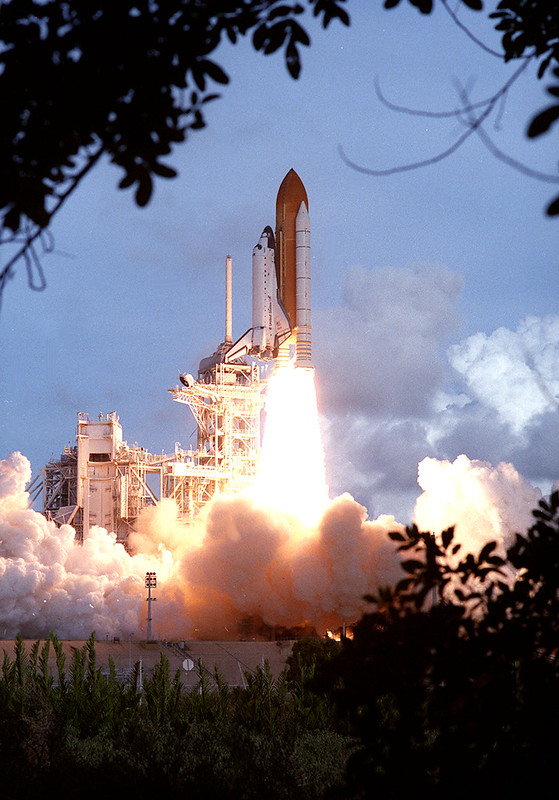 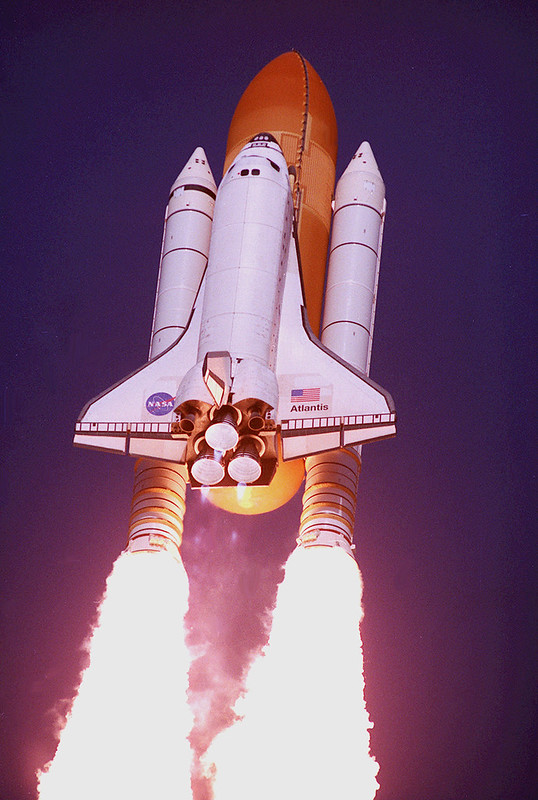 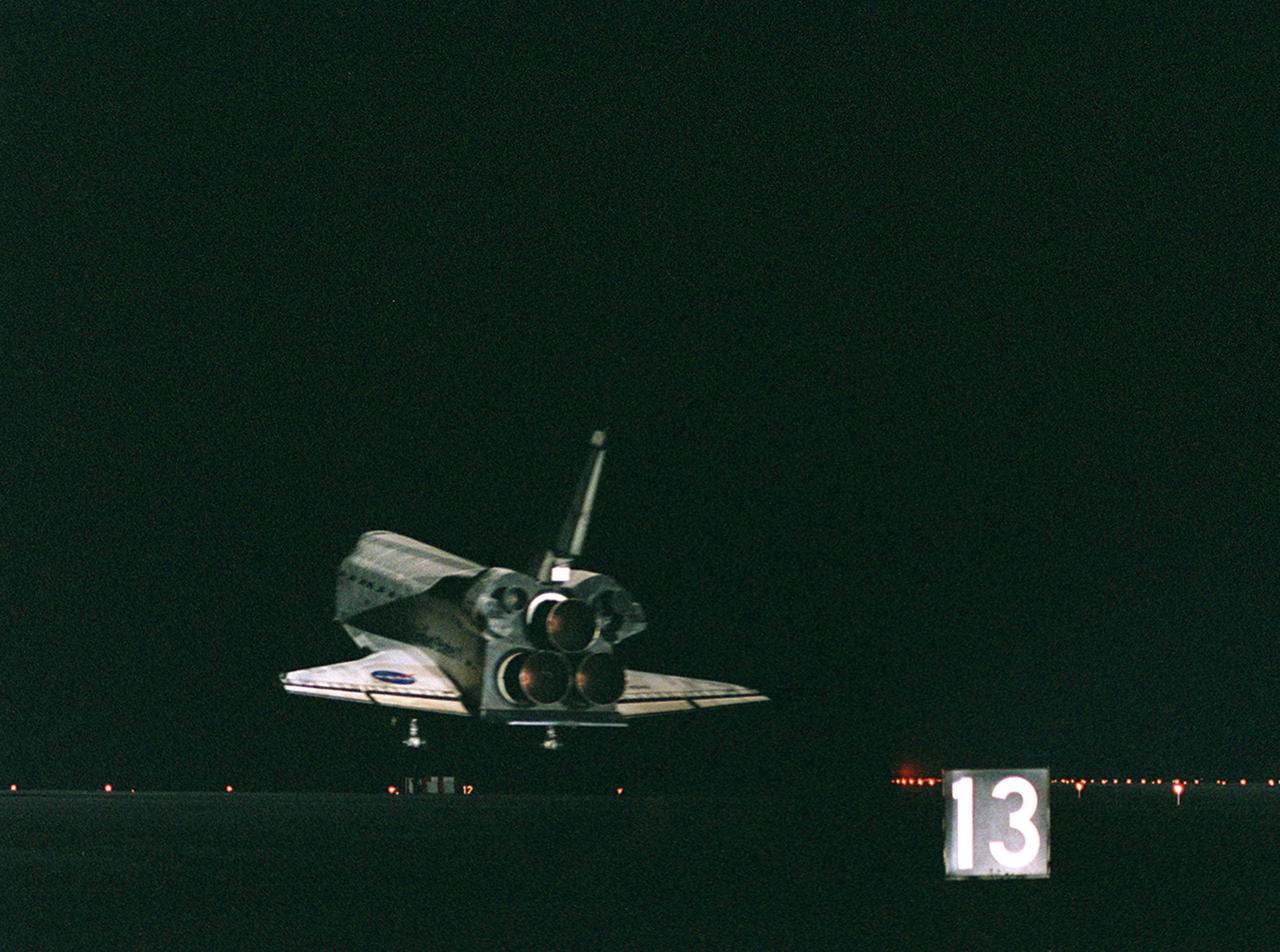 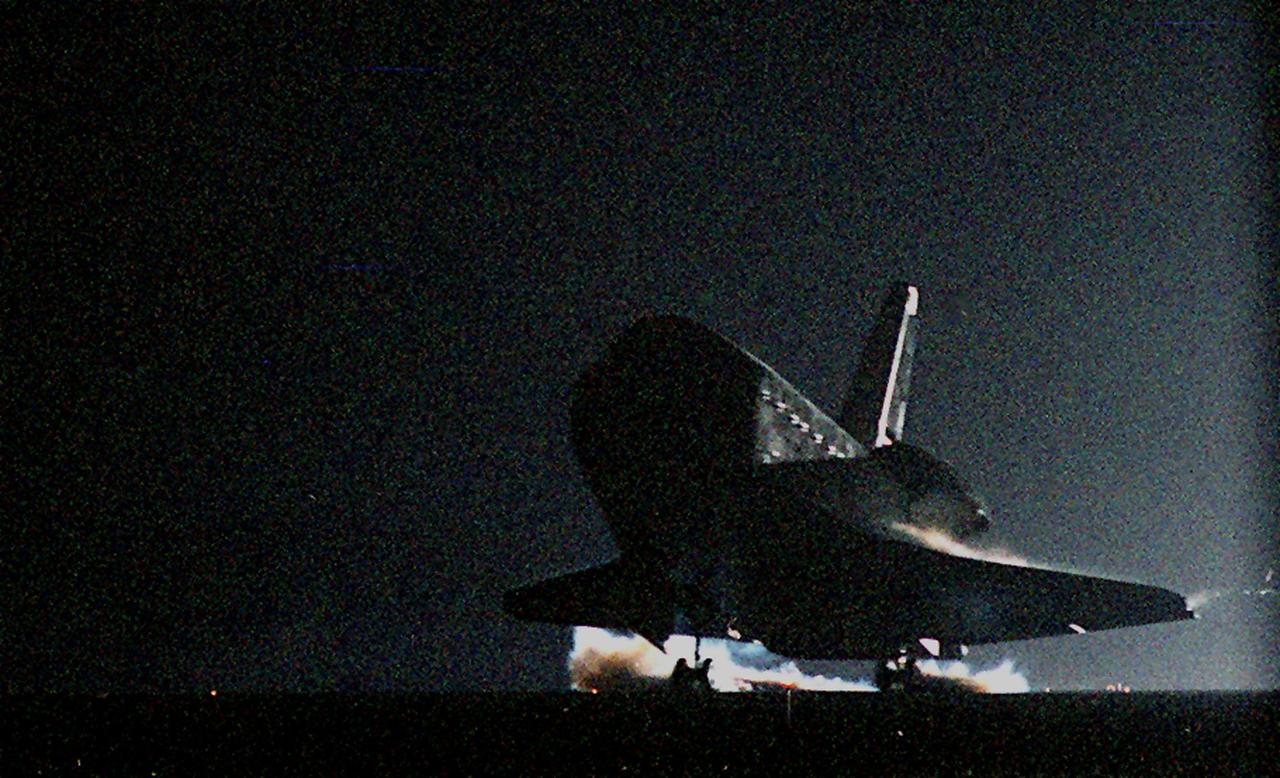 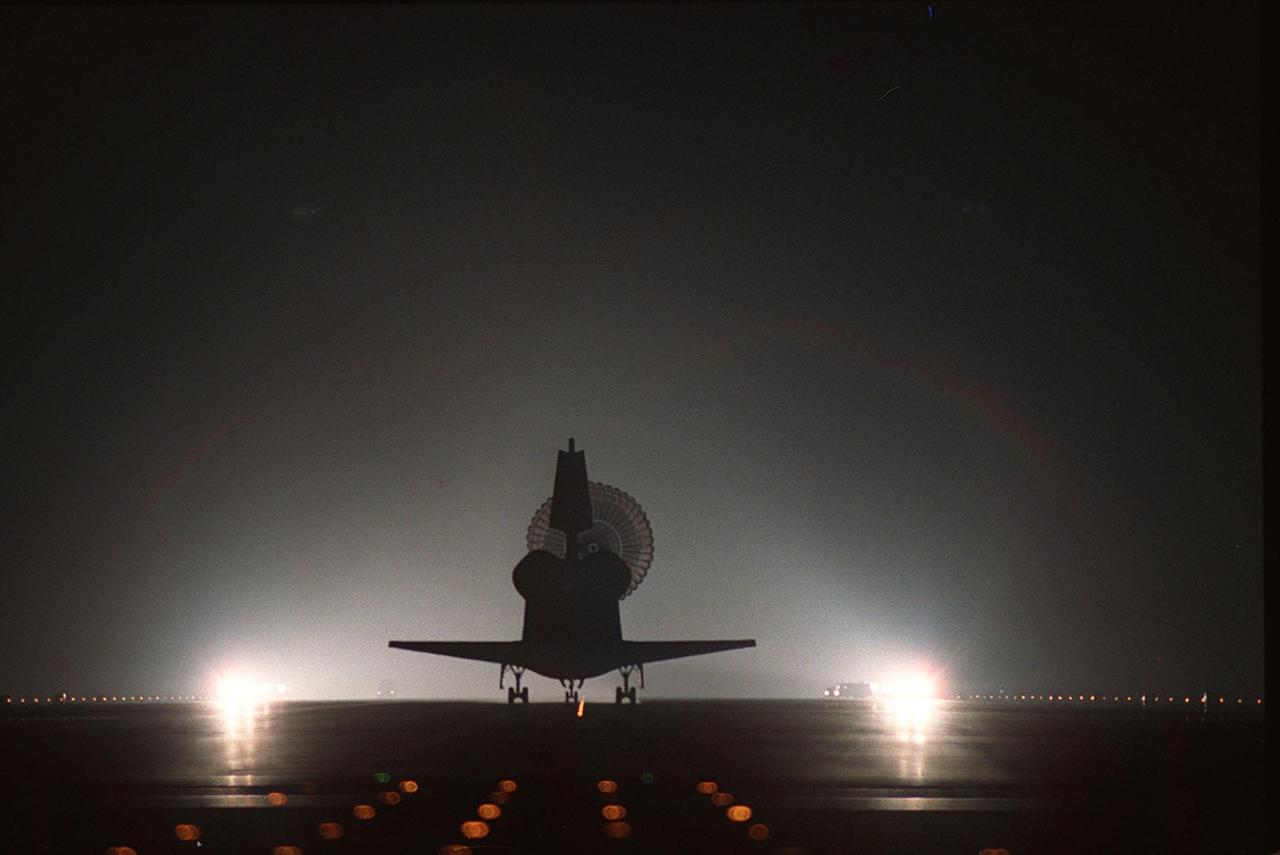 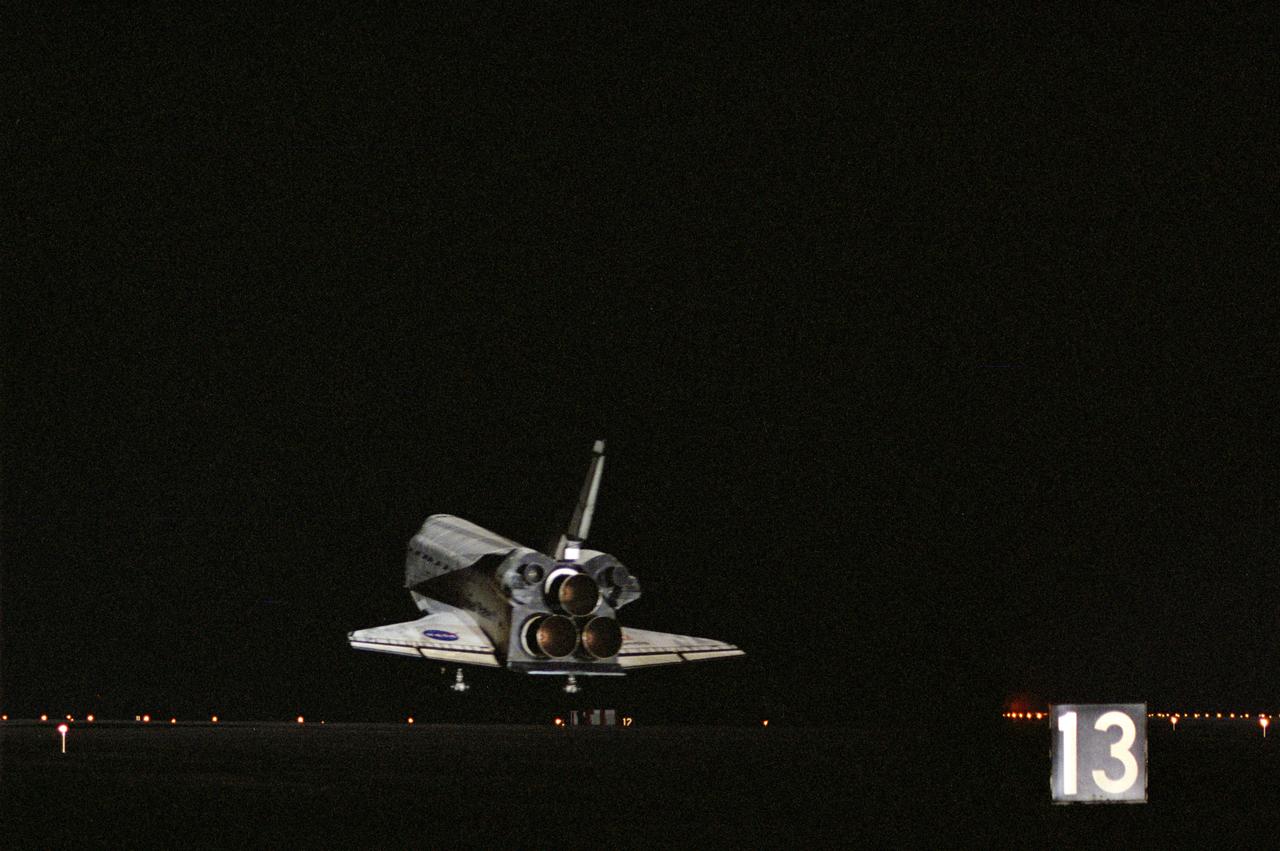