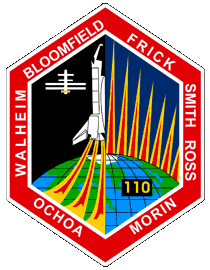 April 8, 2002 – 4:44:19 p.m. EDT. Launch was originally scheduled for April 4 but was scrubbed due to a leak in a liquid hydrogen vent line of the Mobile Launcher Platform on the launch pad. The countdown on April 8 went into an unscheduled hold at the T-5 minute mark due to data dropouts in a backup Launch Processing System. The launch team reloaded the required data and launch occurred with 11 seconds remaining in the launch window.

The primary goal of the mission was the installation of the S0 Truss to the International Space Station. There were four spacewalks during the mission. The first spacewalk lasted 7 hours, 48 minutes. Astronauts Walheim and Smith attached two of four mounting struts onto the Destiny module, deployed trays of avionics equipment and cables attaching the S0 truss to Destiny, attached an umbilical system from the truss to the Mobile Transporter and secured critical power connections.

The second spacewalk lasted 7 hours, 30 minutes. Astronauts Ross and Morin bolted the final two struts of the S0 Truss to the Destiny module. They also removed support panels and clamps from the truss then installed a backup device with an umbilical reel for the Mobile Transporter railcar. The third spacewalk lasted 6 hours, 27 minutes. Astronauts Walheim and Smith released the claw that initially held the truss to Destiny. They also reconfigured Canadarm-2 connectors for electricity from the Destiny module to be powered by the truss

The fourth spacewalk lasted 6 hours, 37 minutes. Astronauts Ross and Morin installed a 14-foot beam called the Airlock Spur from the S0 Truss to the Quest Airlock. They also tested switches on both sides of the truss for future truss assembly. Floodlights were installed on the Unity and Destiny modules to provide illumination for future spacewalks. Other activities included attaching a work platform on ISS to aid in future spacewalk activity, installing electrical converters and circuit breakers and attaching shock absorbers to the Mobile Transporter railcar. 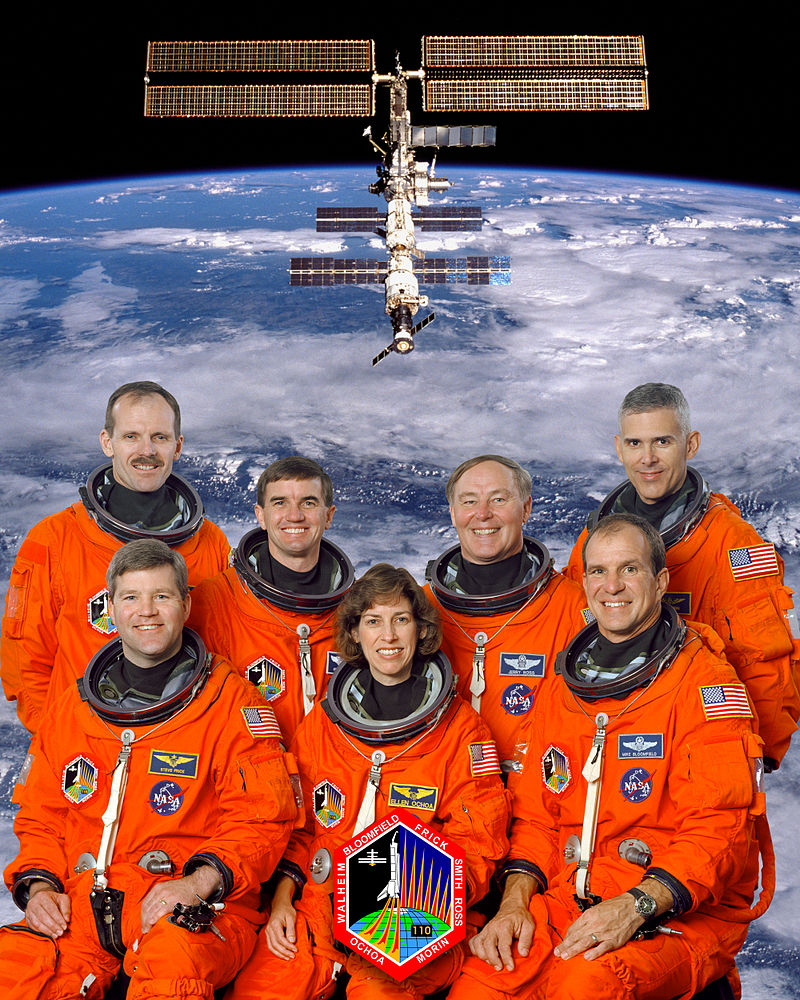 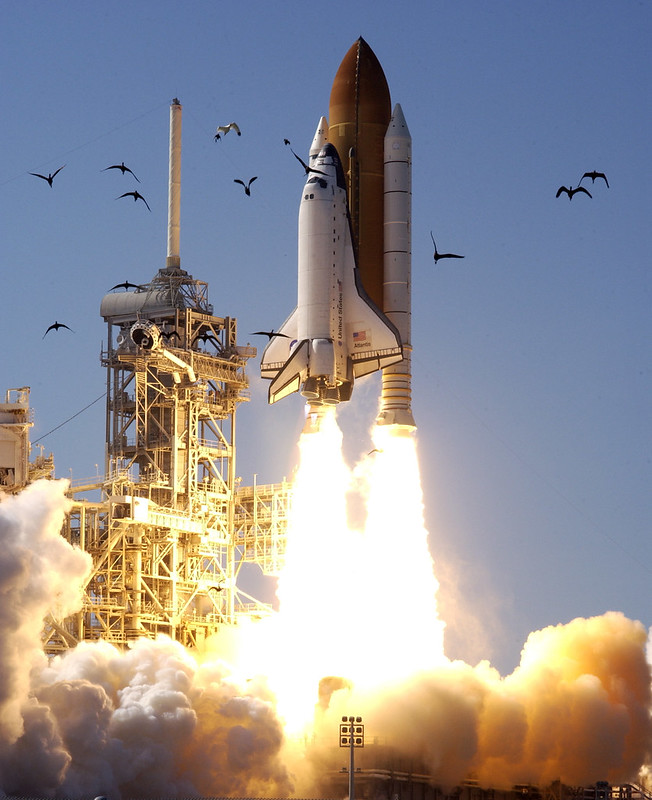 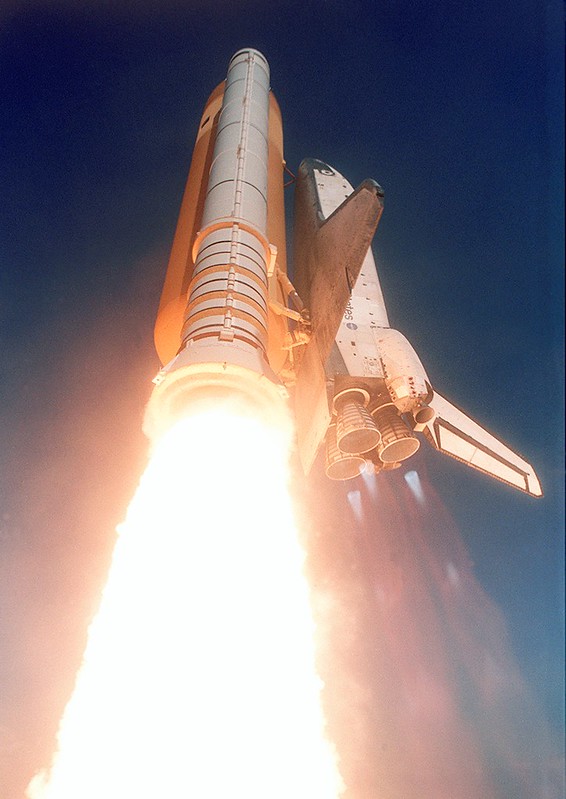 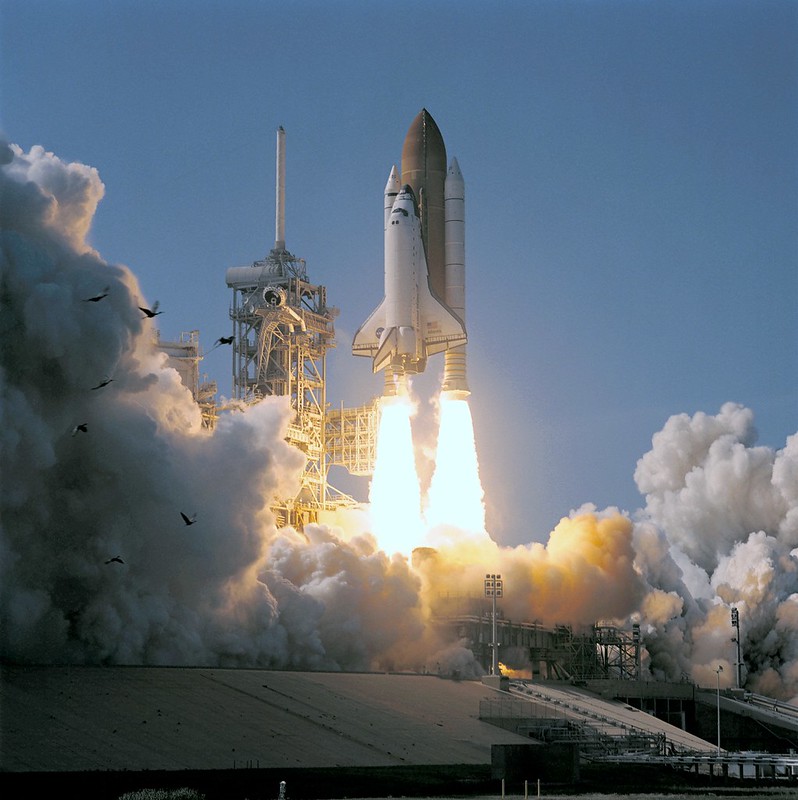 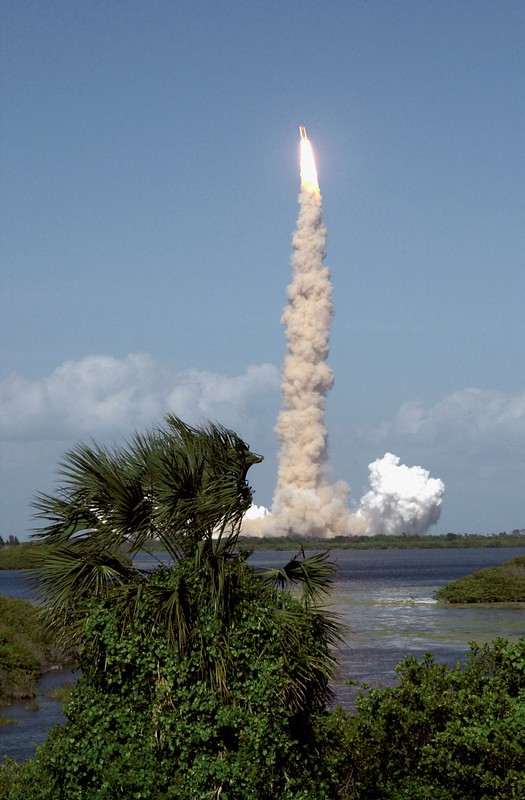 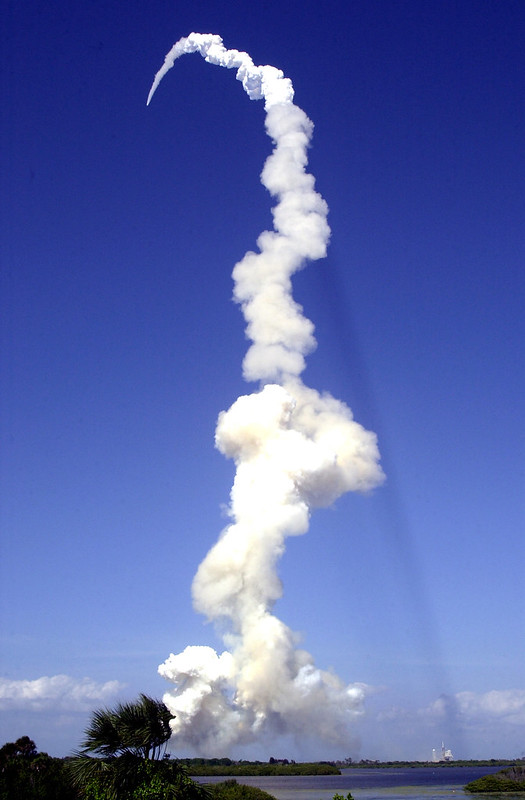 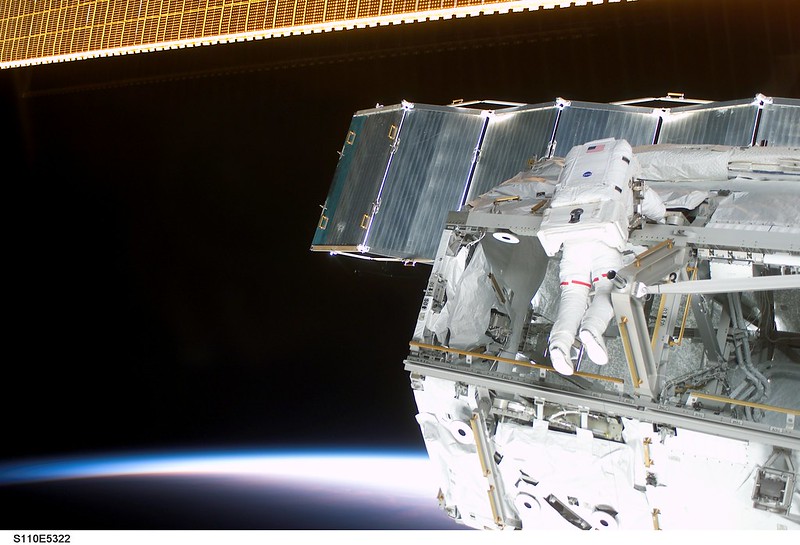 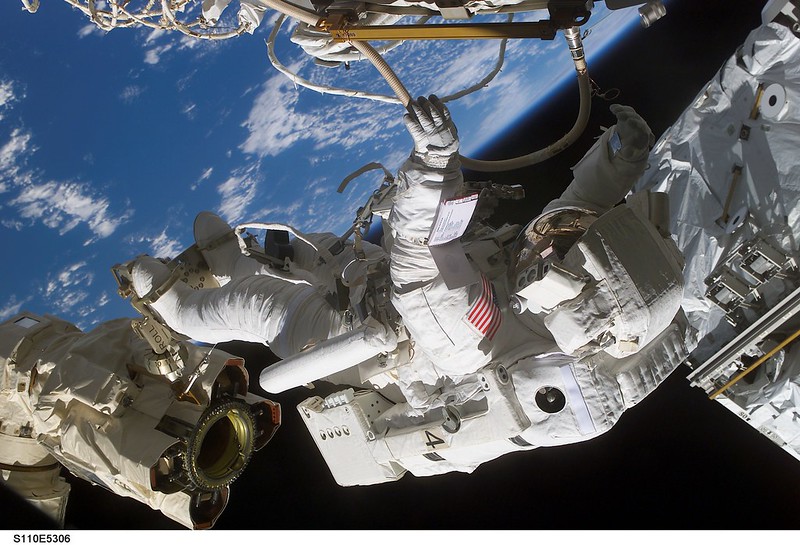 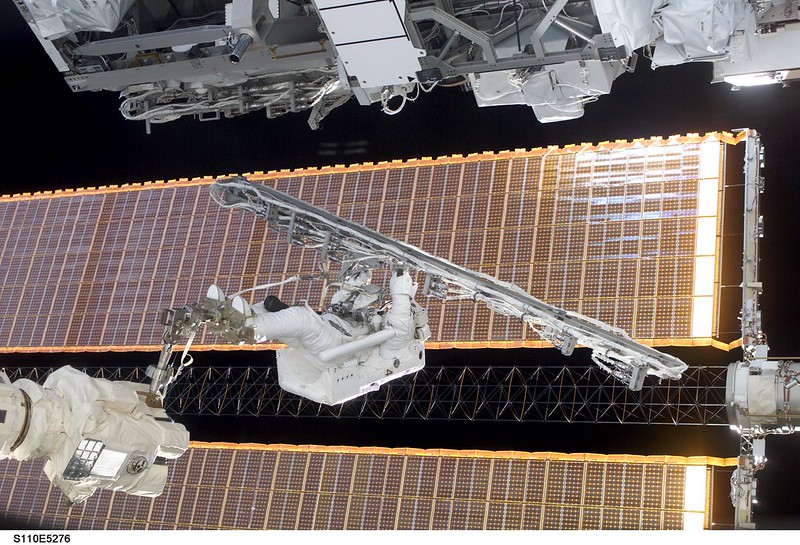 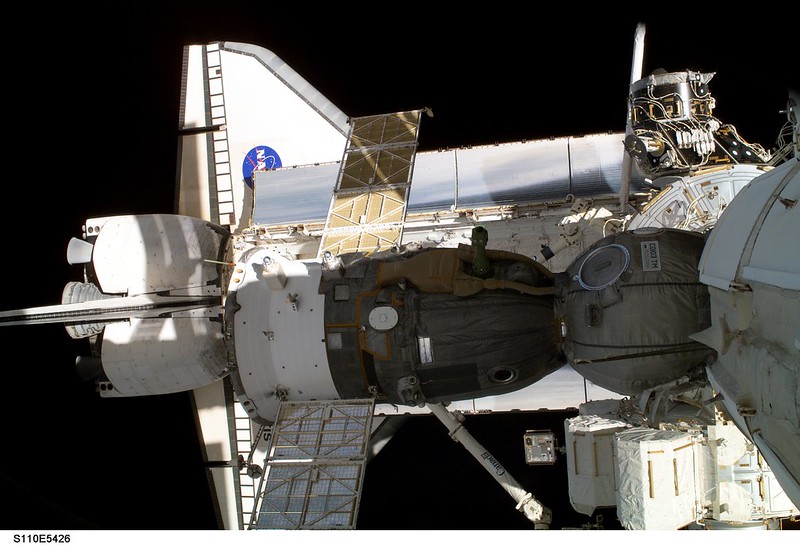 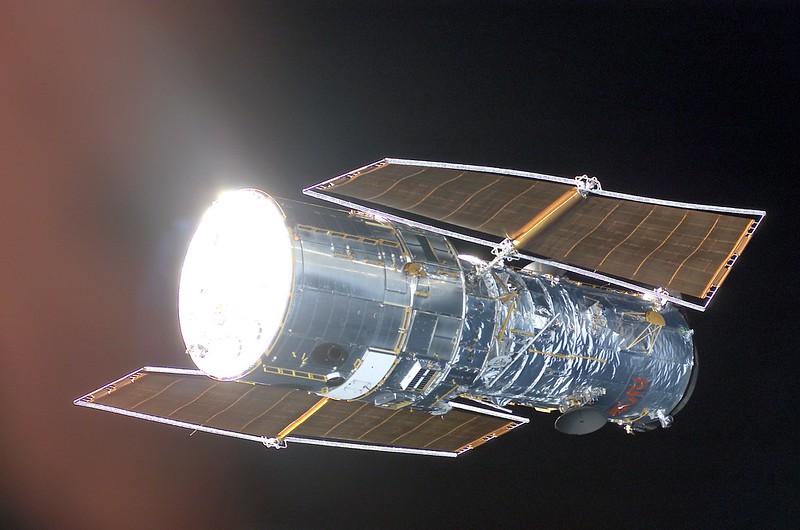 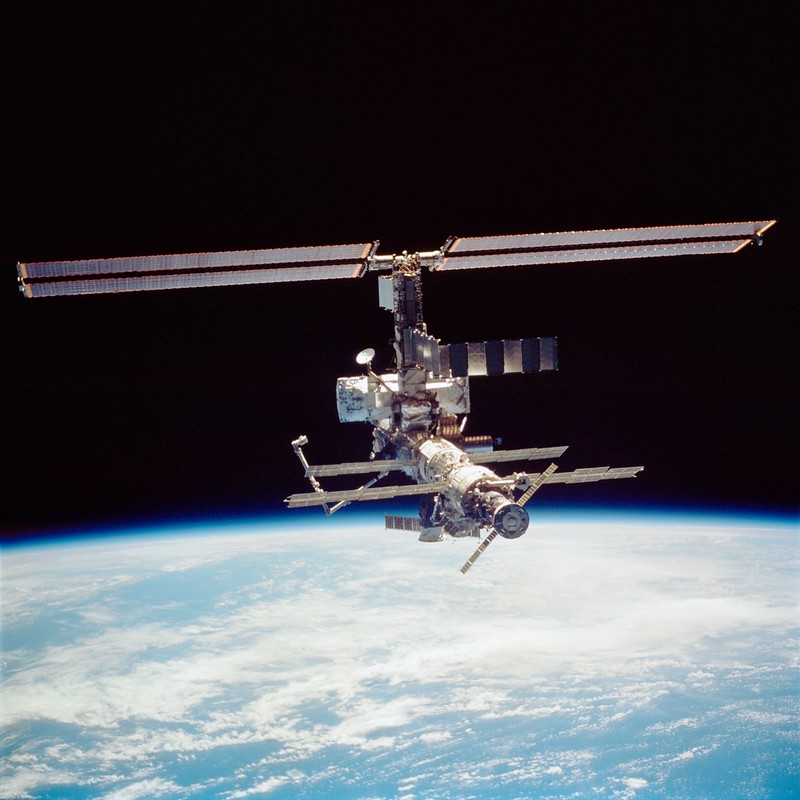 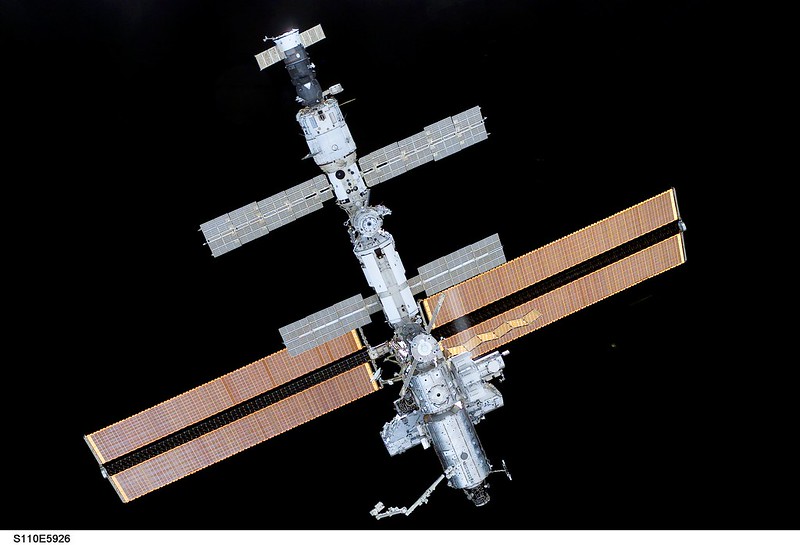 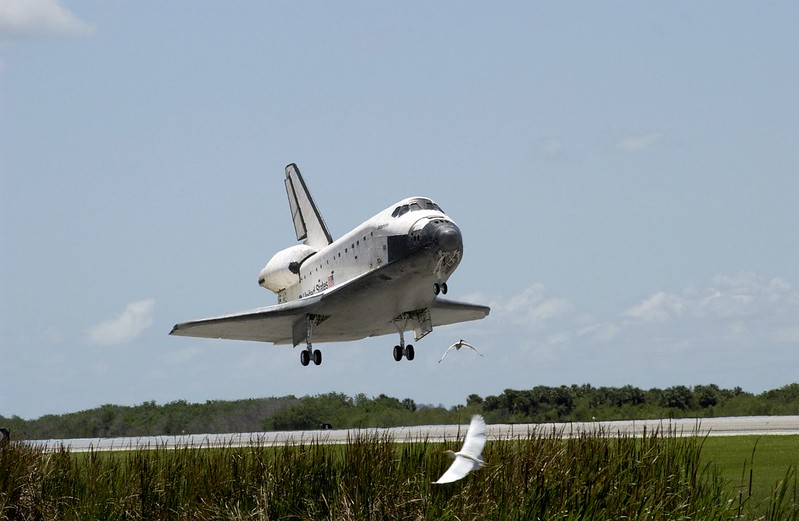 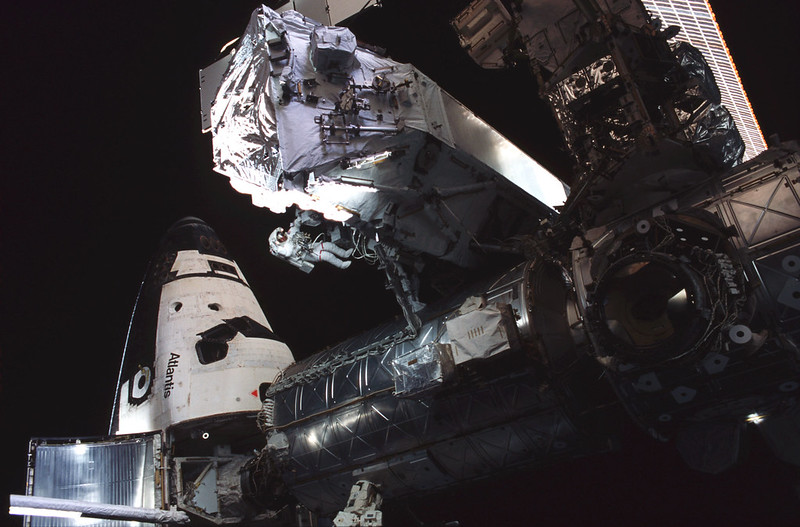