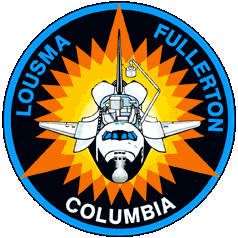 Note: Backup crews were no longer named after STS-3.

The landing site was changed from Edwards Air Force Base, California to White Sands due to wet conditions at the dry lake landing site at Edwards. High winds at White Sands caused a one-day extension of the mission.

Some brake damage occurred at landing and a dust storm caused extensive damage and contamination to Columbia. This was the only mission to land at White Sands.

The third test flight of a Space Shuttle continued the task of validating the orbiter for future operational flights. Testing of the Shuttle’s remote manipulator arm progressed smoothly, as did experiments in thermal response of the orbiter at various positions relative to the sun.

In addition, a Get Away Special (GAS) test canister and Spacelab mounted Office of Space Science-1 (OSS-1) pallet were carried in the Shuttle’s payload bay. OSS-1 obtained data on the near-Earth space environment, including contamination introduced into space by the Shuttle itself. 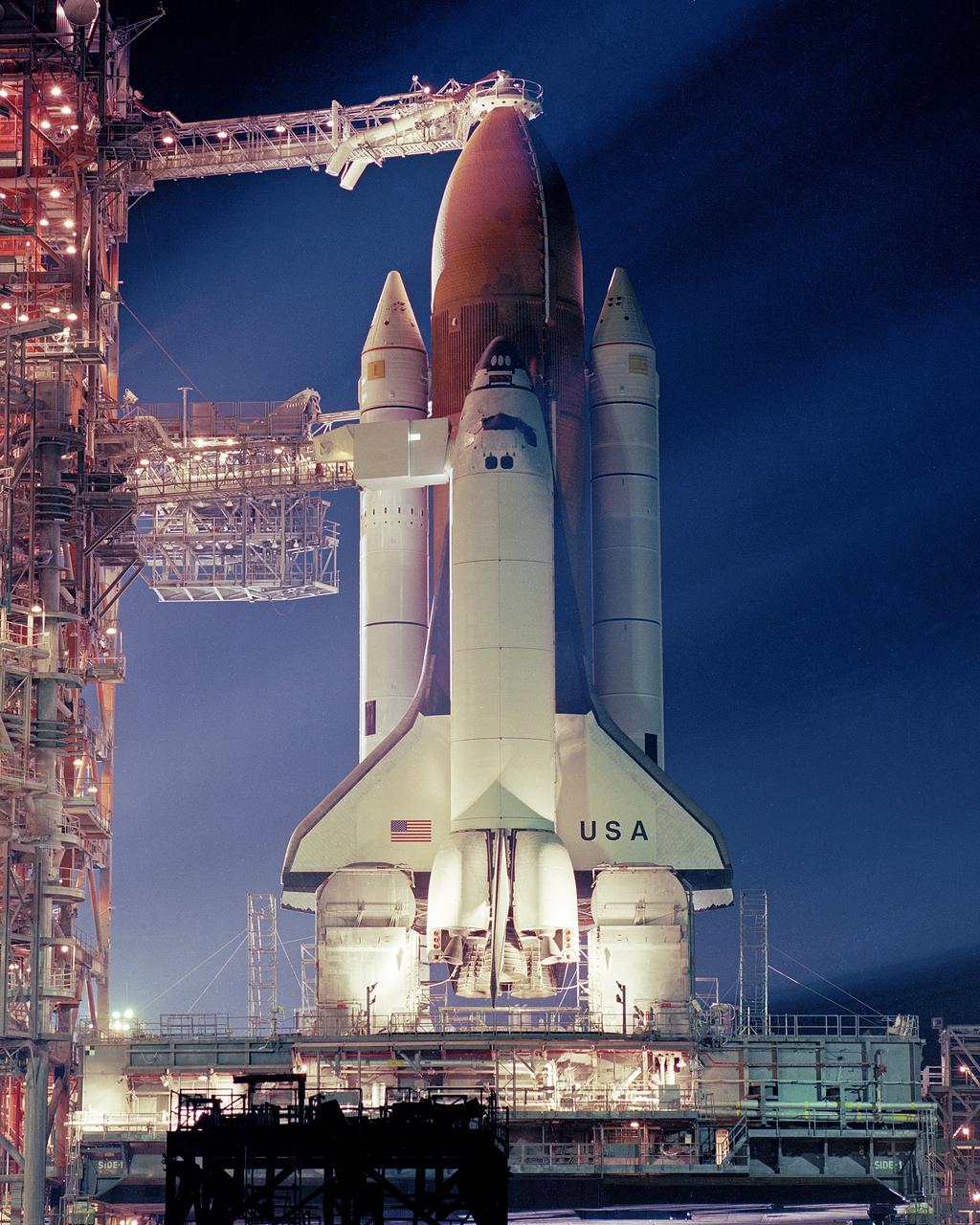 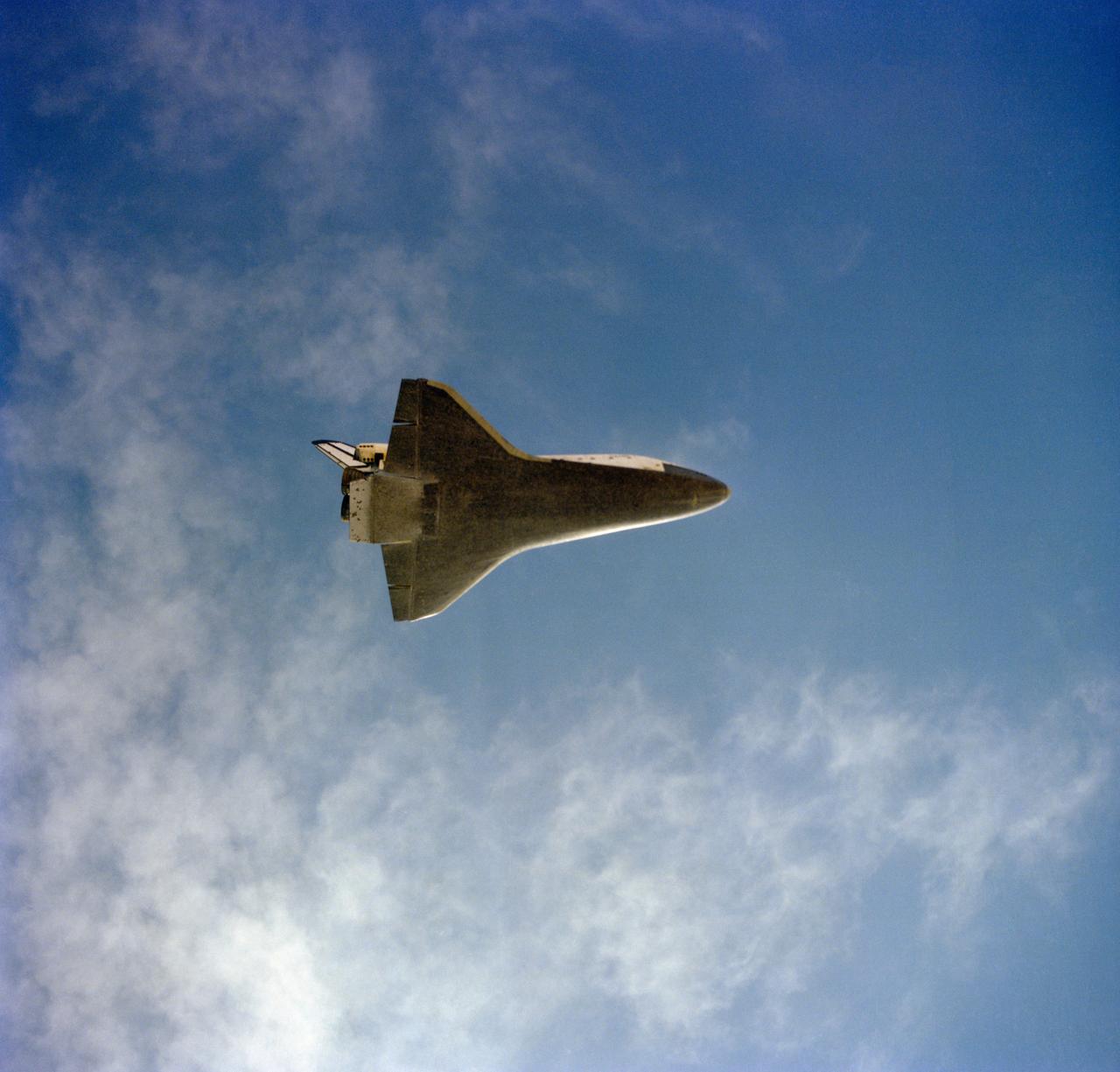 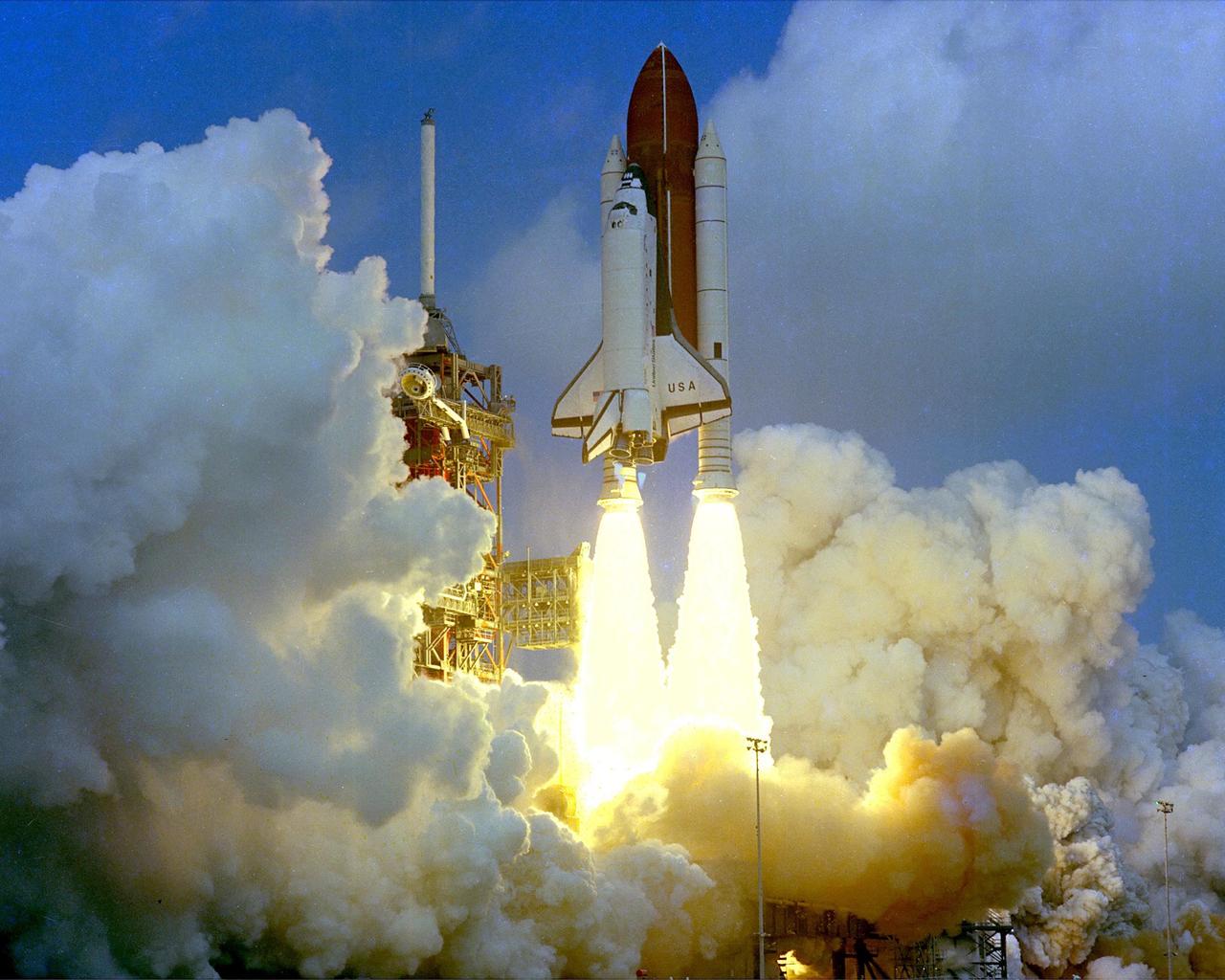 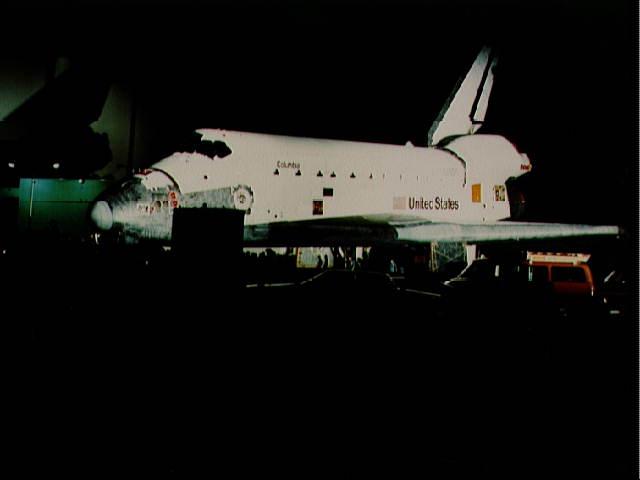 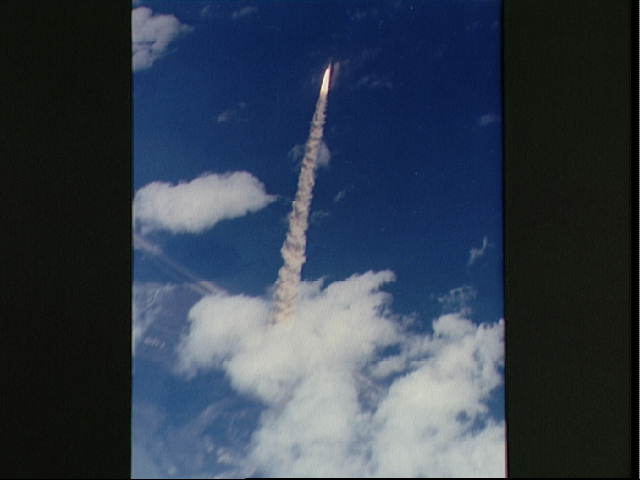