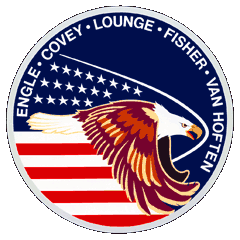 September 3, 1985 – 6:15:43 a.m. PDT at Runway 23, Edwards Air Force Base, California. Rollout distance was 6,100 feet. Rollout time was 47 seconds. Mission duration was 7 days, 2 hours, 17 minutes, 42 seconds. Landing occurred during the 112th orbit. The flight was shortened one day when the AUSSAT-1 sunshield hung up on the Shuttle’s remote manipulator system camera and AUSSAT-1 had to be deployed before originally planned.

Two spacewalks were performed by astronauts Fisher and van Hoften, although only one spacewalk had been planned. The first spacewalk was conducted on August 31, 1985 and lasted 7 hours, 20 minutes. During this spacewalk, the astronauts began repairing the SYNCOM-IV/LEASAT 3 satellite which was unsuccessfully deployed during STS-51D.

Since the work was not completed during the first spacewalk, a second was performed on September 1, 1985. The second spacewalk lasted 4 hours, 26 minutes. Although the astronauts experienced some difficulty handling the satellite, it was successfully repaired and re-deployed. 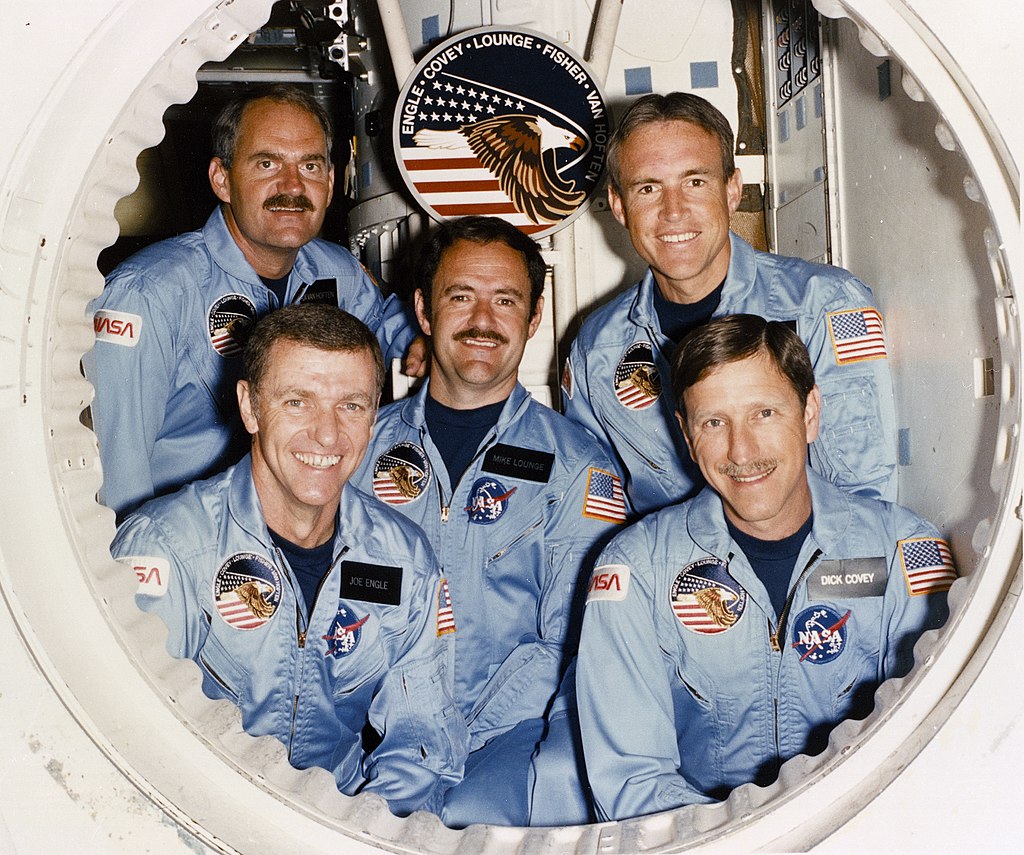 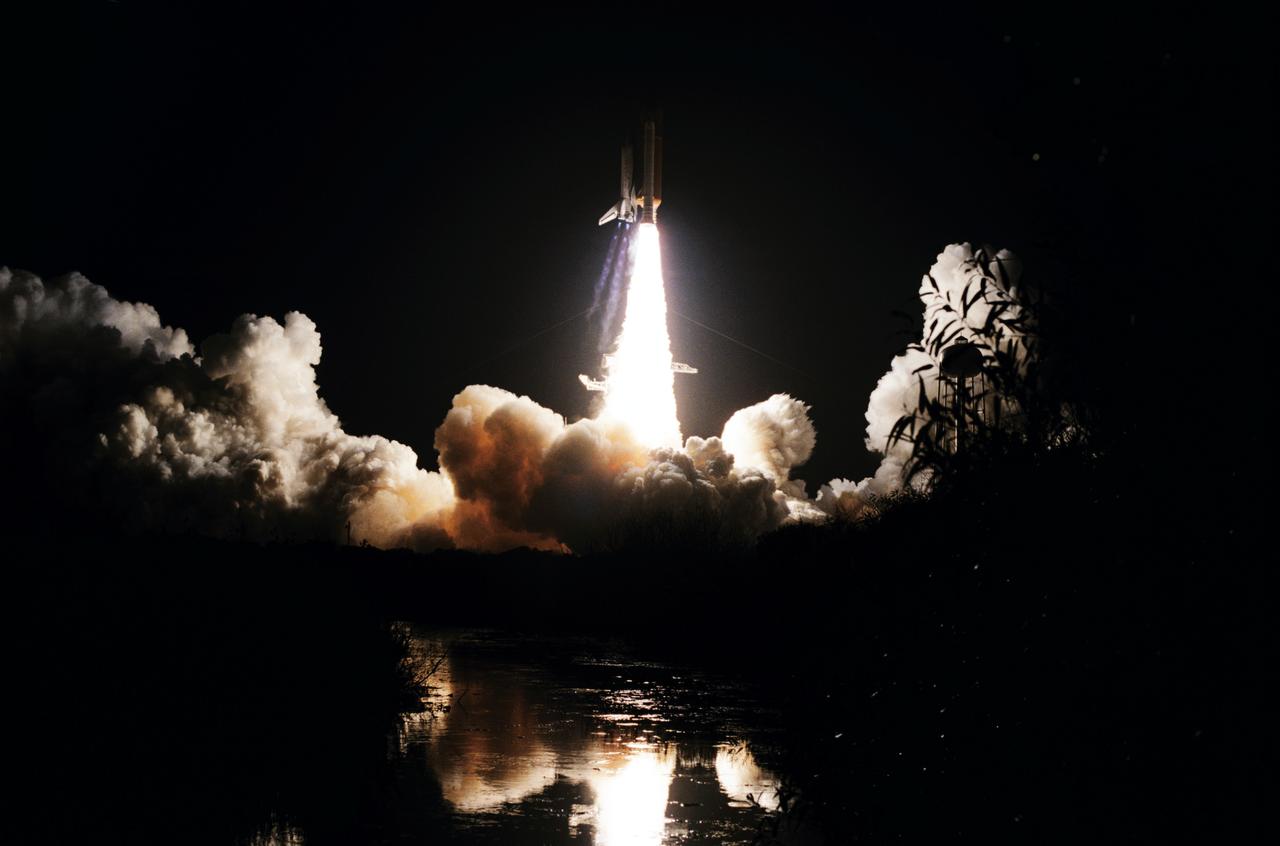 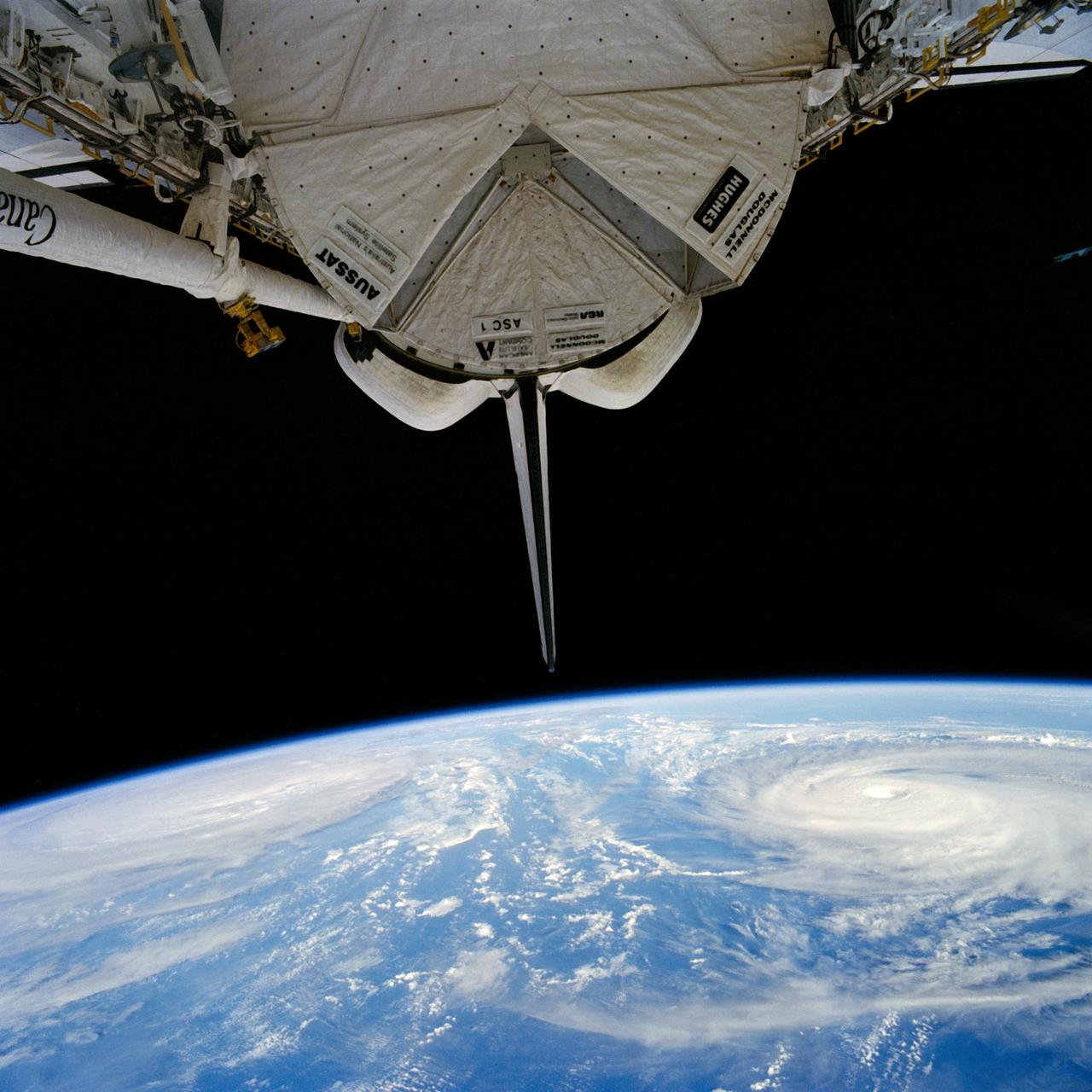 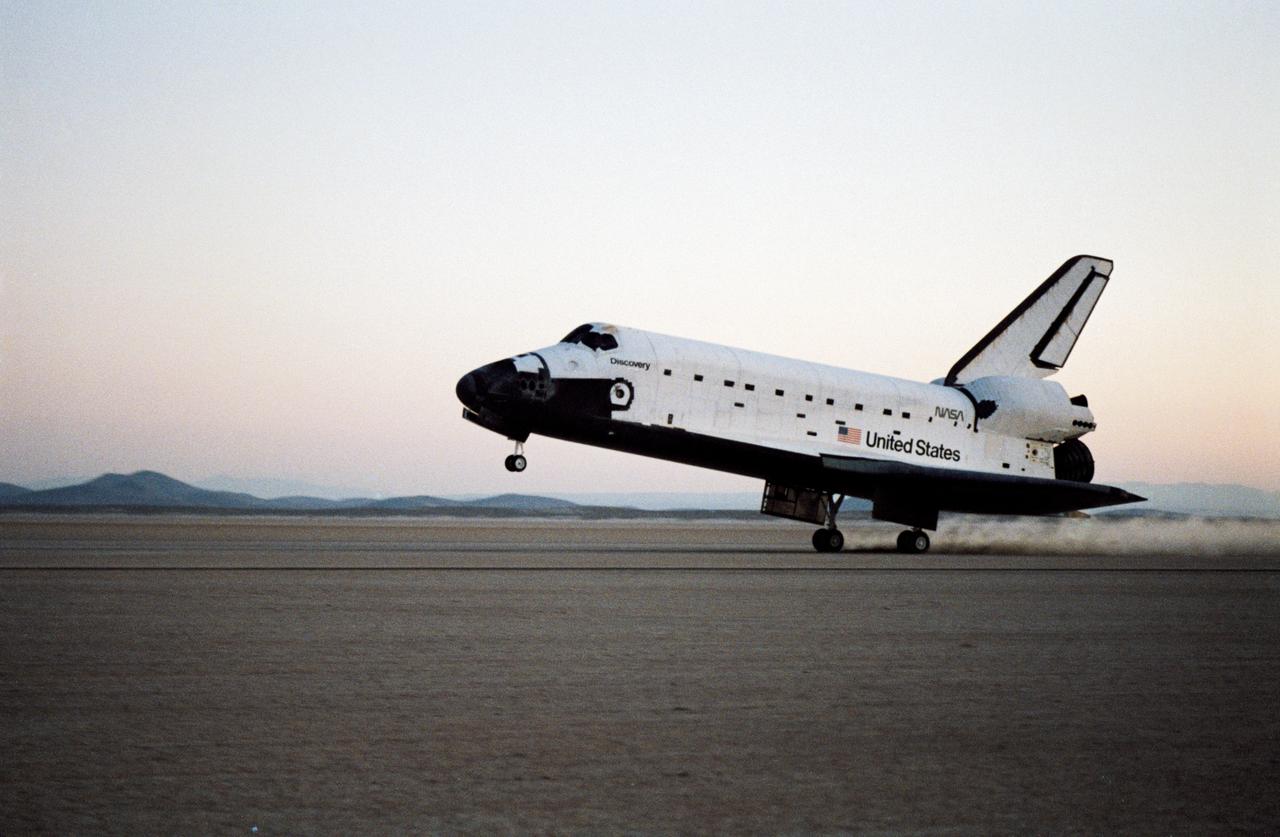 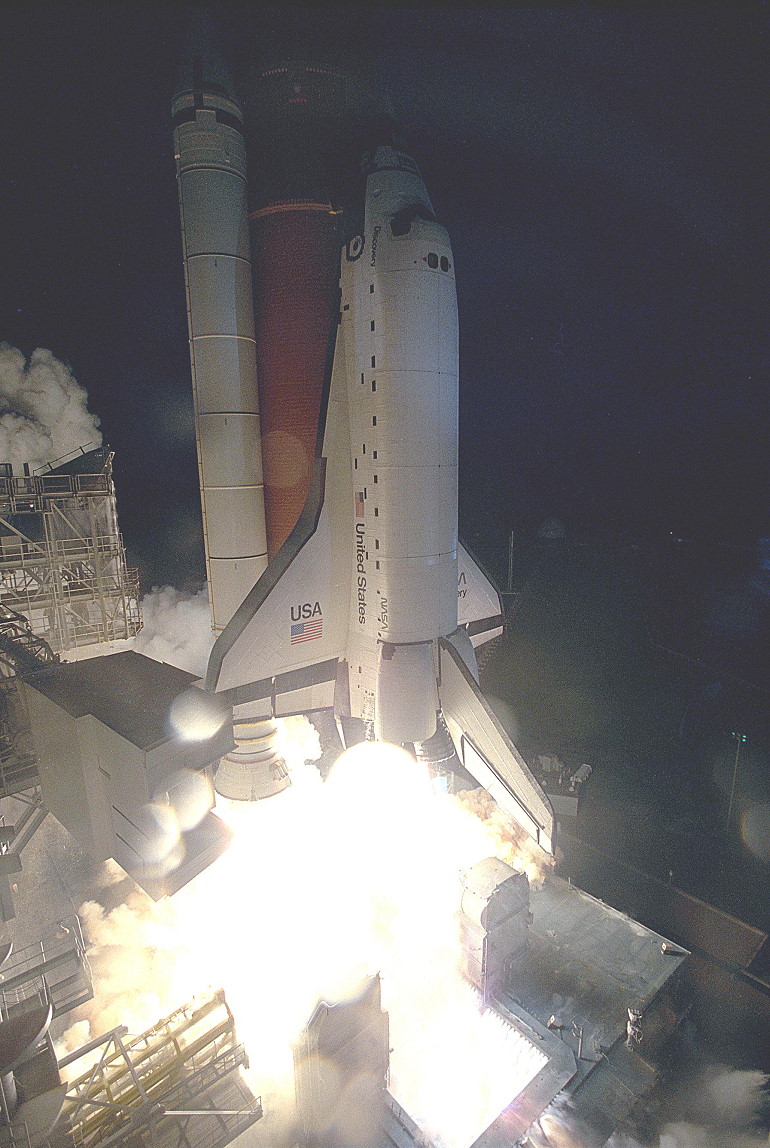 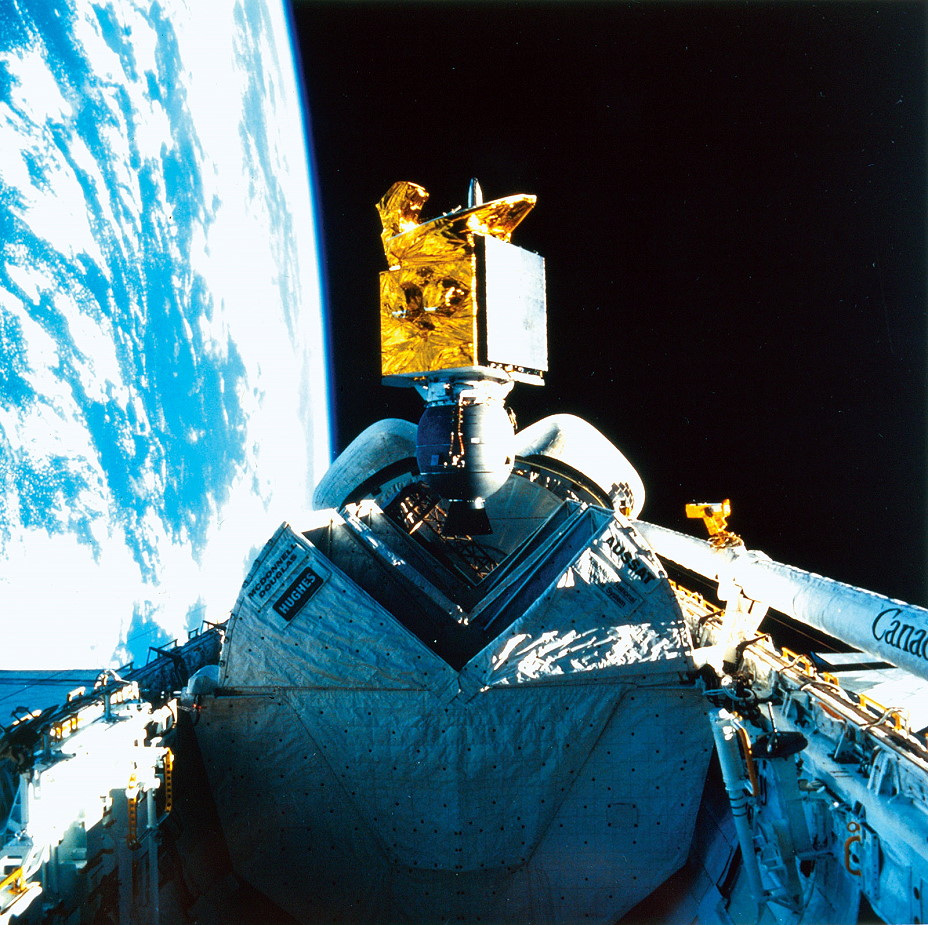 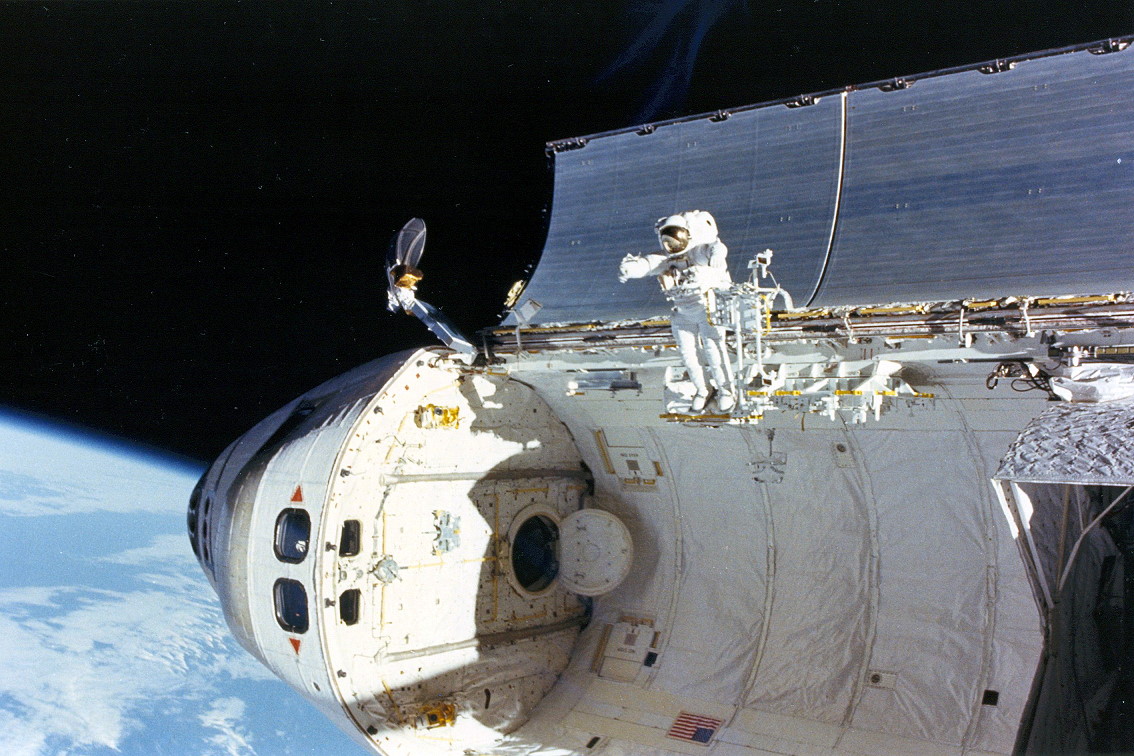 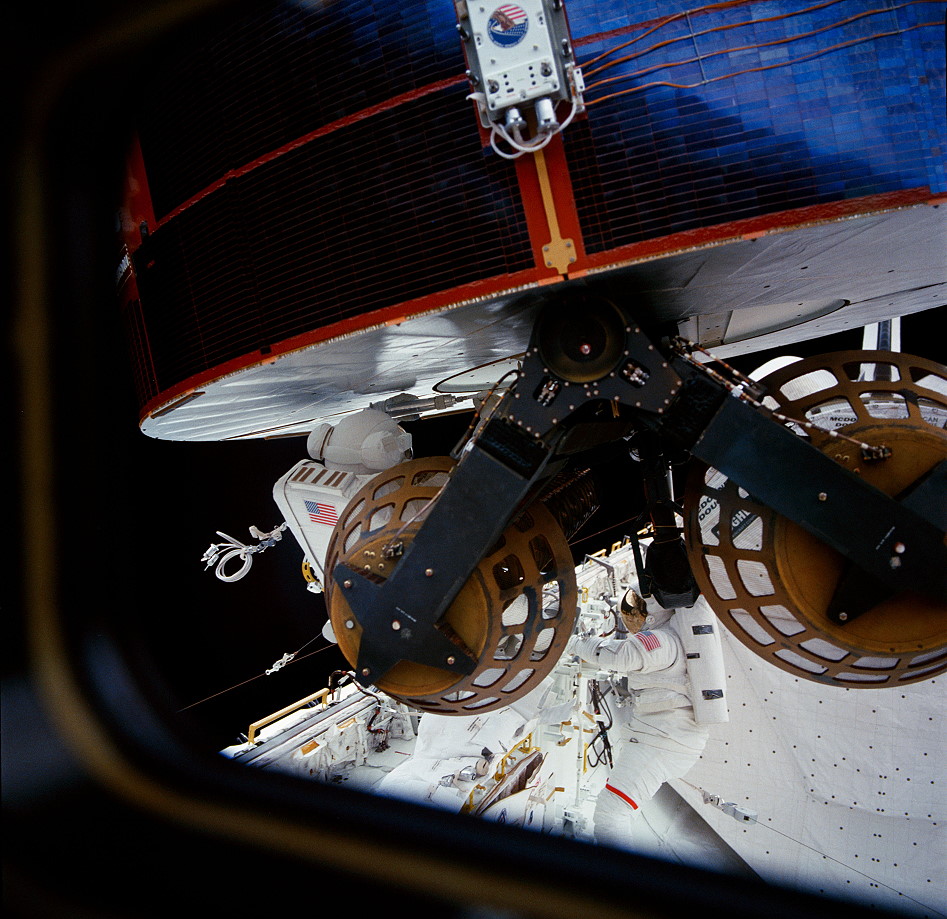 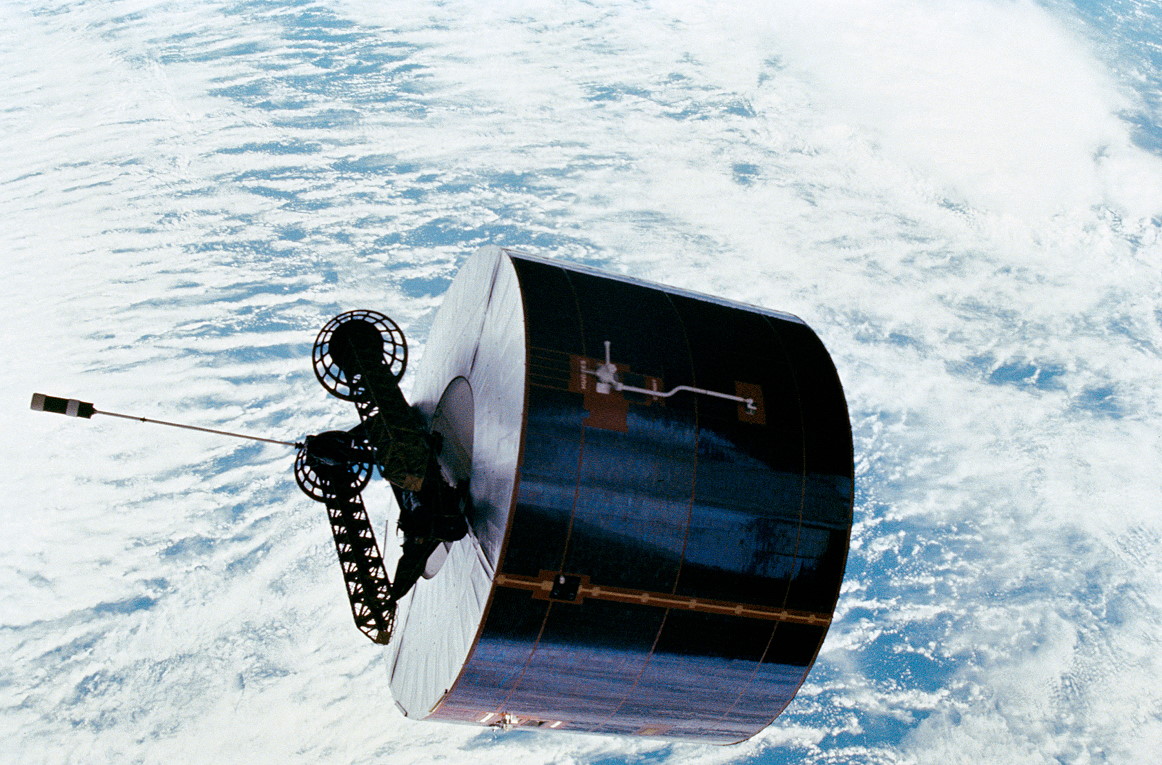 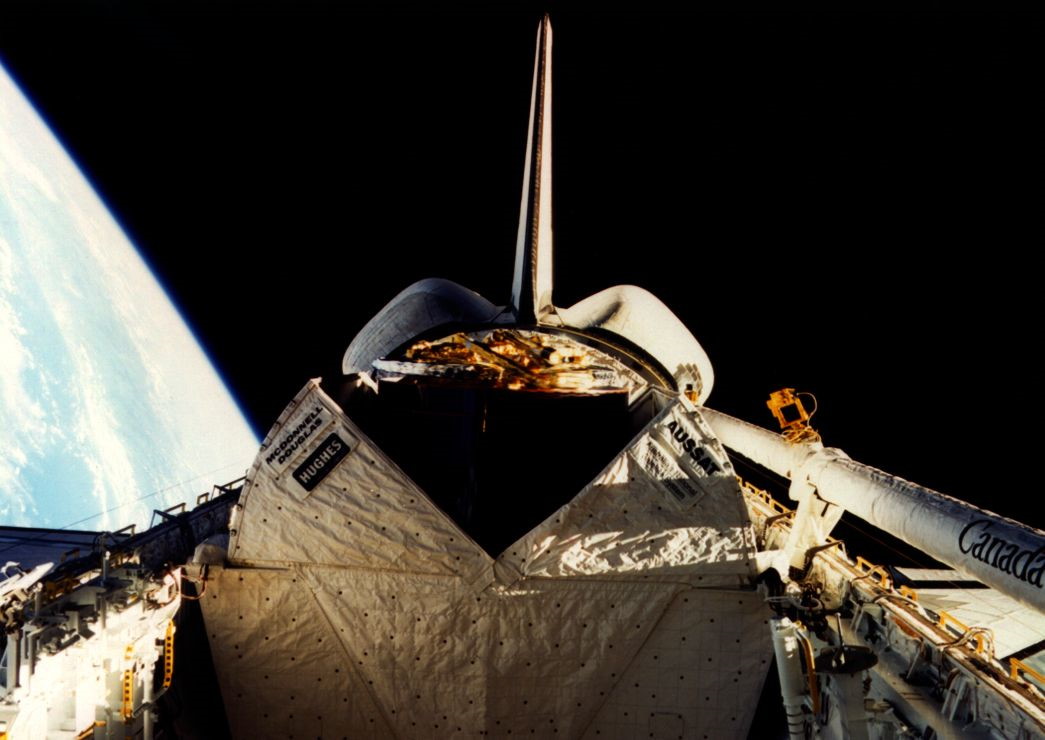 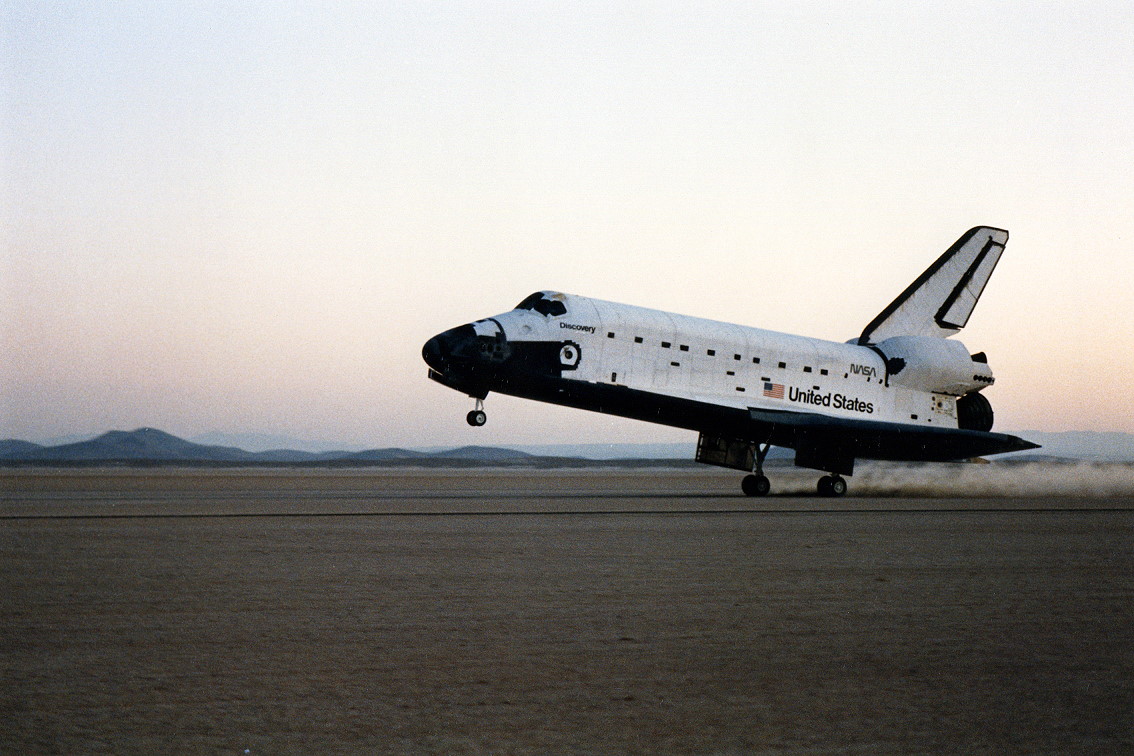 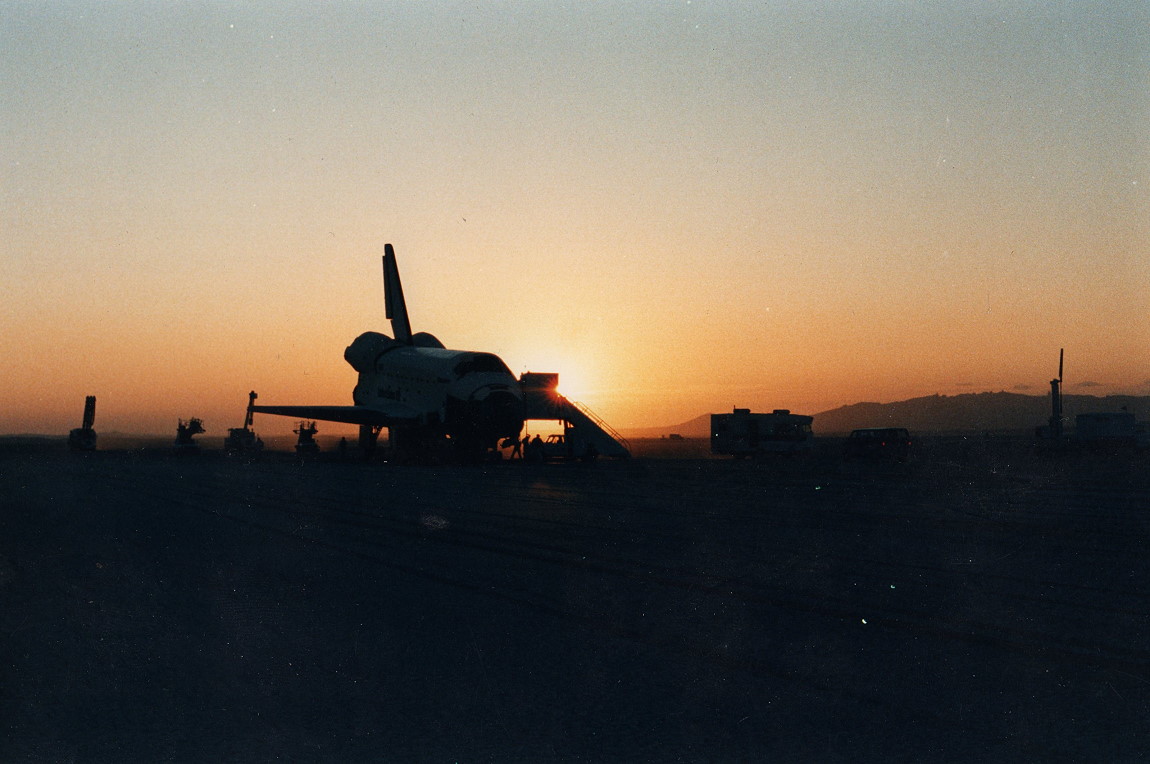