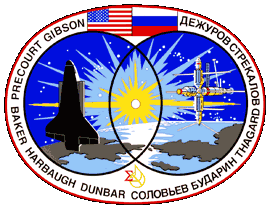 June 27, 1995 – 3:32:19 p.m. EDT. Launch was originally targeted for late May, 1995 but was delayed to accommodate Russian space program activities in preparation for the first Shuttle/Mir Space Station docking.

A series of spacewalks from Mir were required to reconfigure the space station for docking operations. In addition, there was a delay in launching the Russian “Spektr” module which contained U.S. research hardware.

In addition to holding the distinction of being the 100th U.S. manned space flight, STS-71 marked several other important milestones.

The mission featured the first on-orbit changeout of a Space Shuttle crew, and for the first time a U.S. spacecraft returned to Earth with more occupants than when it departed.

The docking of Atlantis to Mir also created the largest man-made object in space, weighing about 225 tons.

Atlantis made its historic docking with Mir at 9:00 a.m. EDT on June 29, 1995 about 216 nautical miles above the Lake Baykal region of the Russian Federation.

After hatches on each side were opened, the STS-71 crew passed over to Mir for a welcoming ceremony. On the same day, the Mir 18 crew officially transferred responsibility for Mir operations to the Mir 19 crew, which was carried into orbit by Atlantis. The two crews also switched spacecraft.

For five days, joint U.S./Russian operations were conducted. These included biomedical experiments and the transfer of equipment and supplies between spacecraft. The three-member Mir 18 crew, including U.S. astronaut Norm Thagard, carried out an intensive program of exercise to aid in preparation for their return to Earth after three months aboard Mir.

Numerous medical samples and scientific data were transferred from Mir to Atlantis, as well as a broken Salyut-5 computer. Items transferred from Atlantis to Mir included 1,000 pounds of water, equipment to facilitate spacewalk repairs to the Spektr module and supplies of oxygen and nitrogen to raise the air pressure aboard Mir.

Prior to the undocking, the Mir 19 crew temporarily abandoned the space station aboard their Soyuz spacecraft so they could record images of the event. The Soyuz spacecraft unlatched from Mir at 6:55 a.m. EDT on July 4. 1995 and Atlantis undocked from Mir 15 minutes later.

General Purpose Computer 4 (GPC 4) aboard Atlantis was declared failed during the mission when it ceased synchronizing with GPC 1. In-flight troubleshooting determined this was an isolated event, and the computer operated satisfactorily for the remainder of the mission. 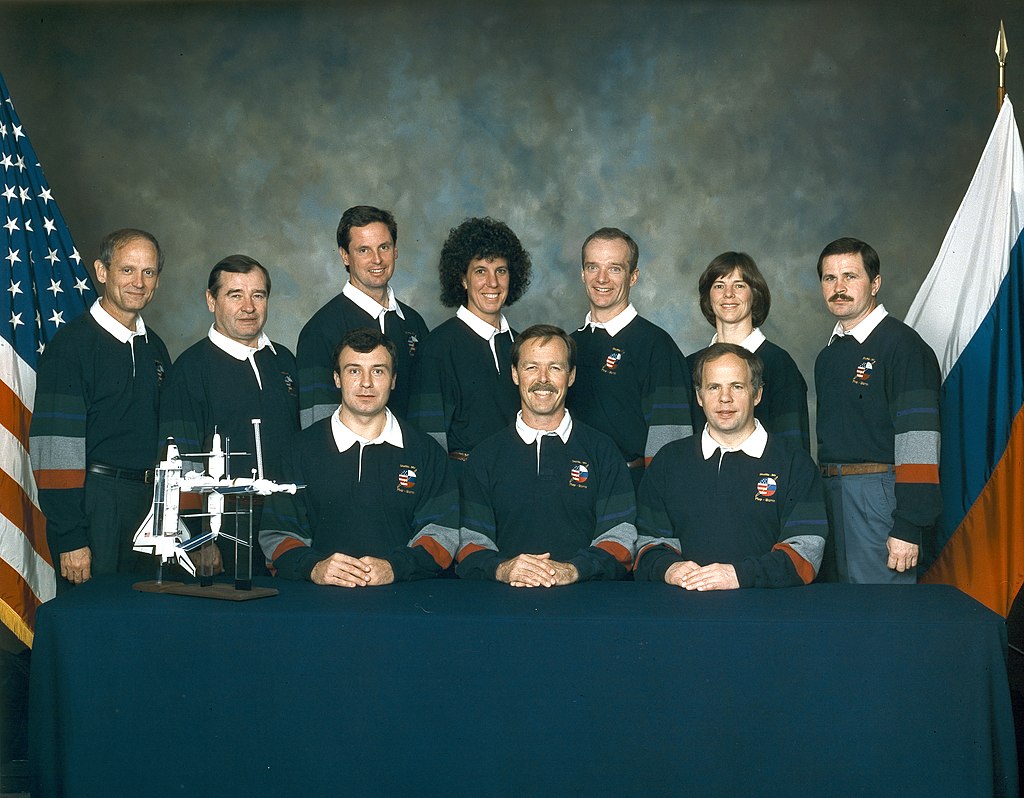 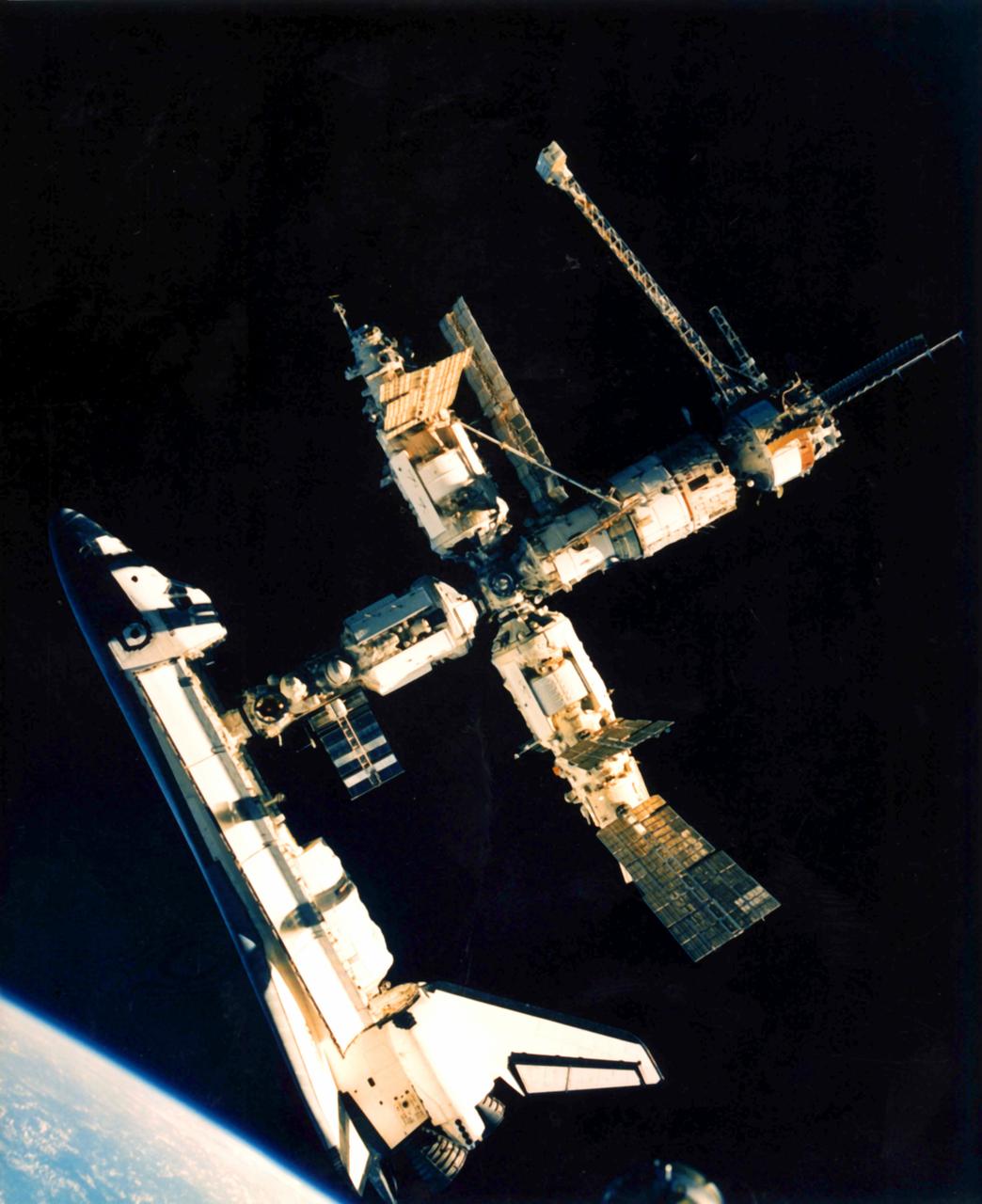 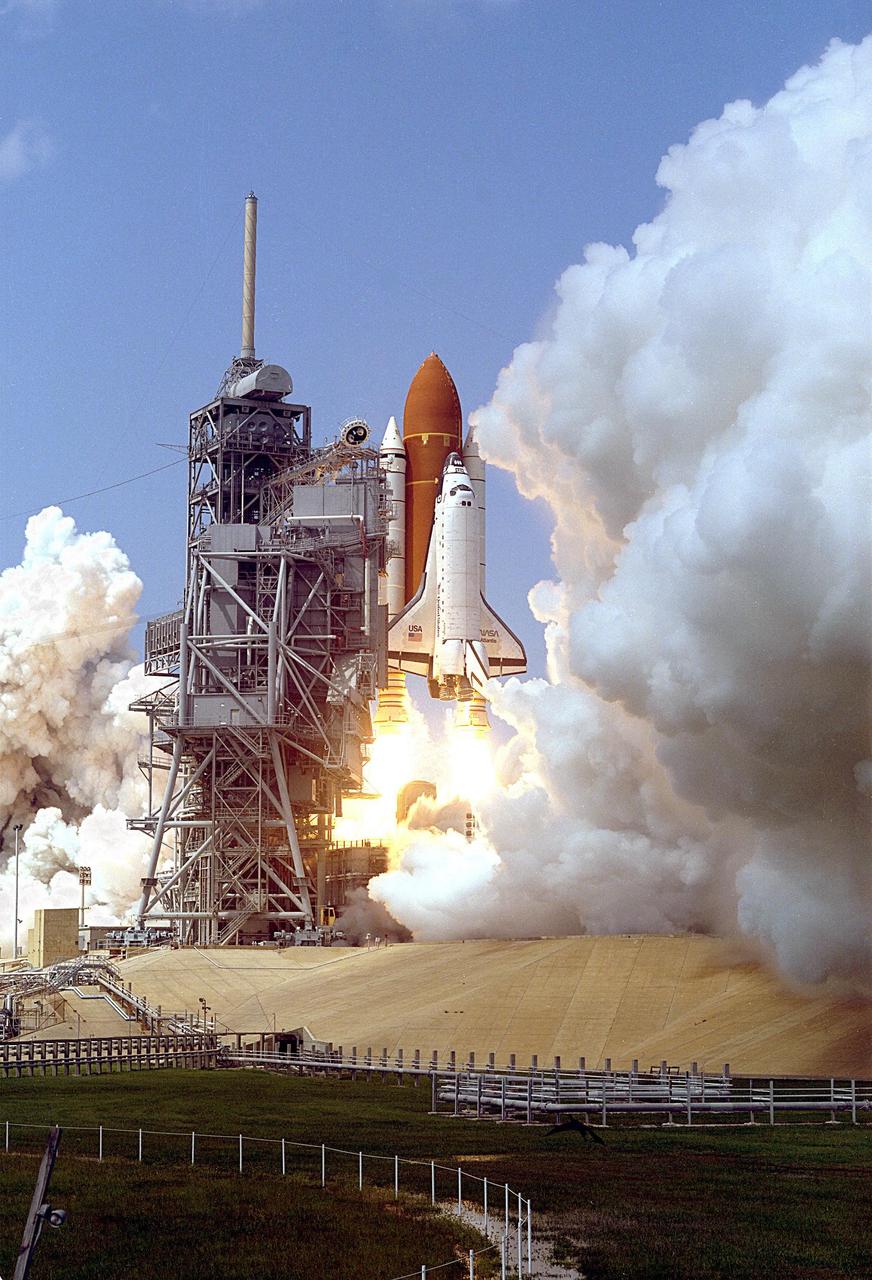 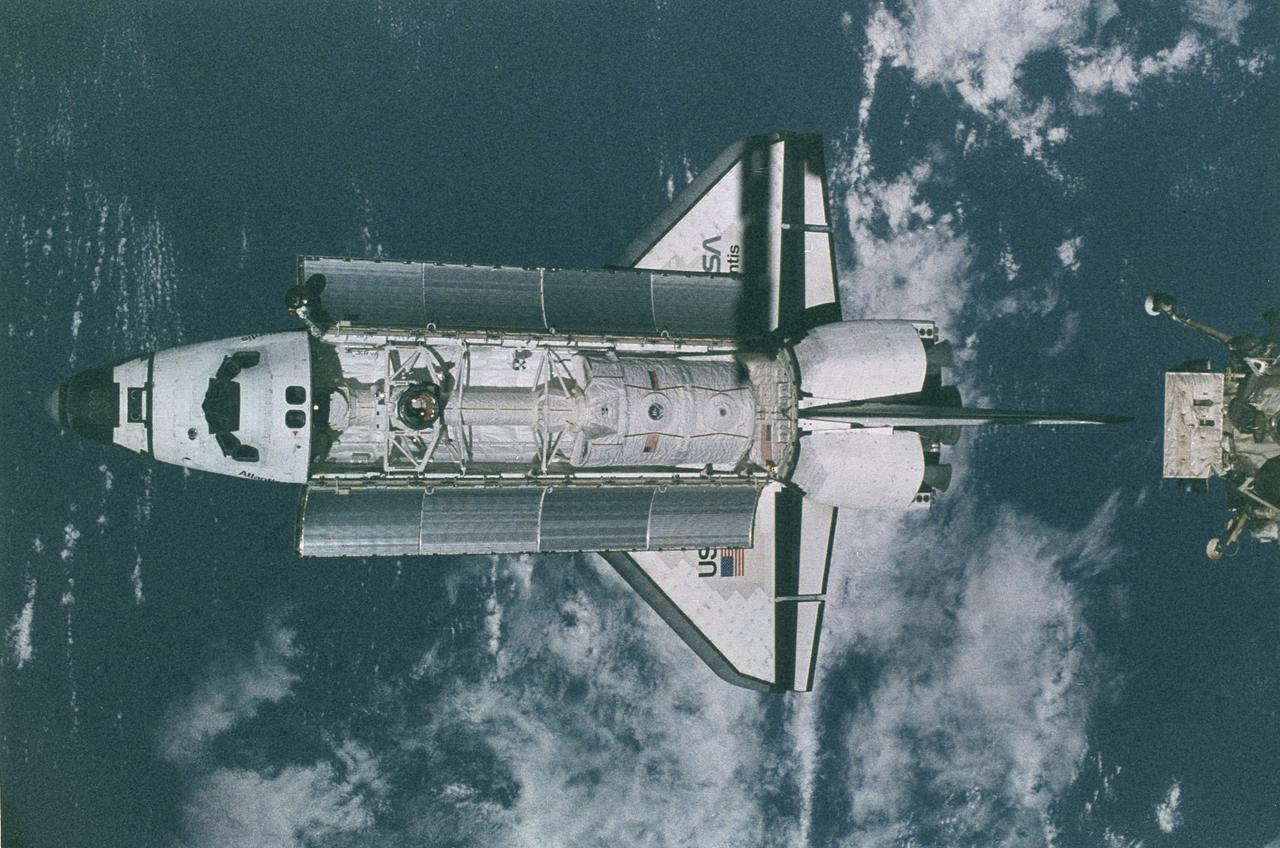 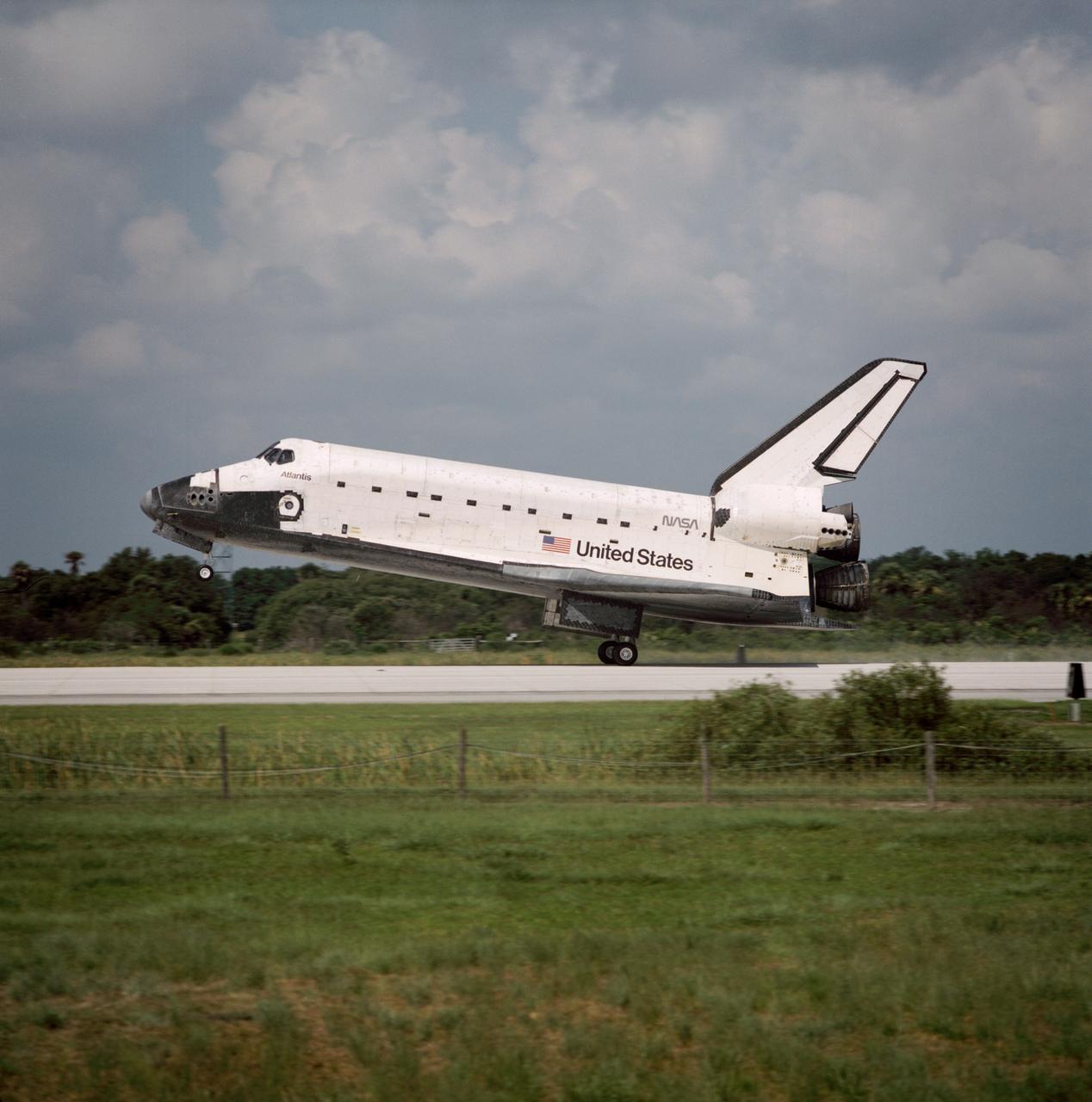 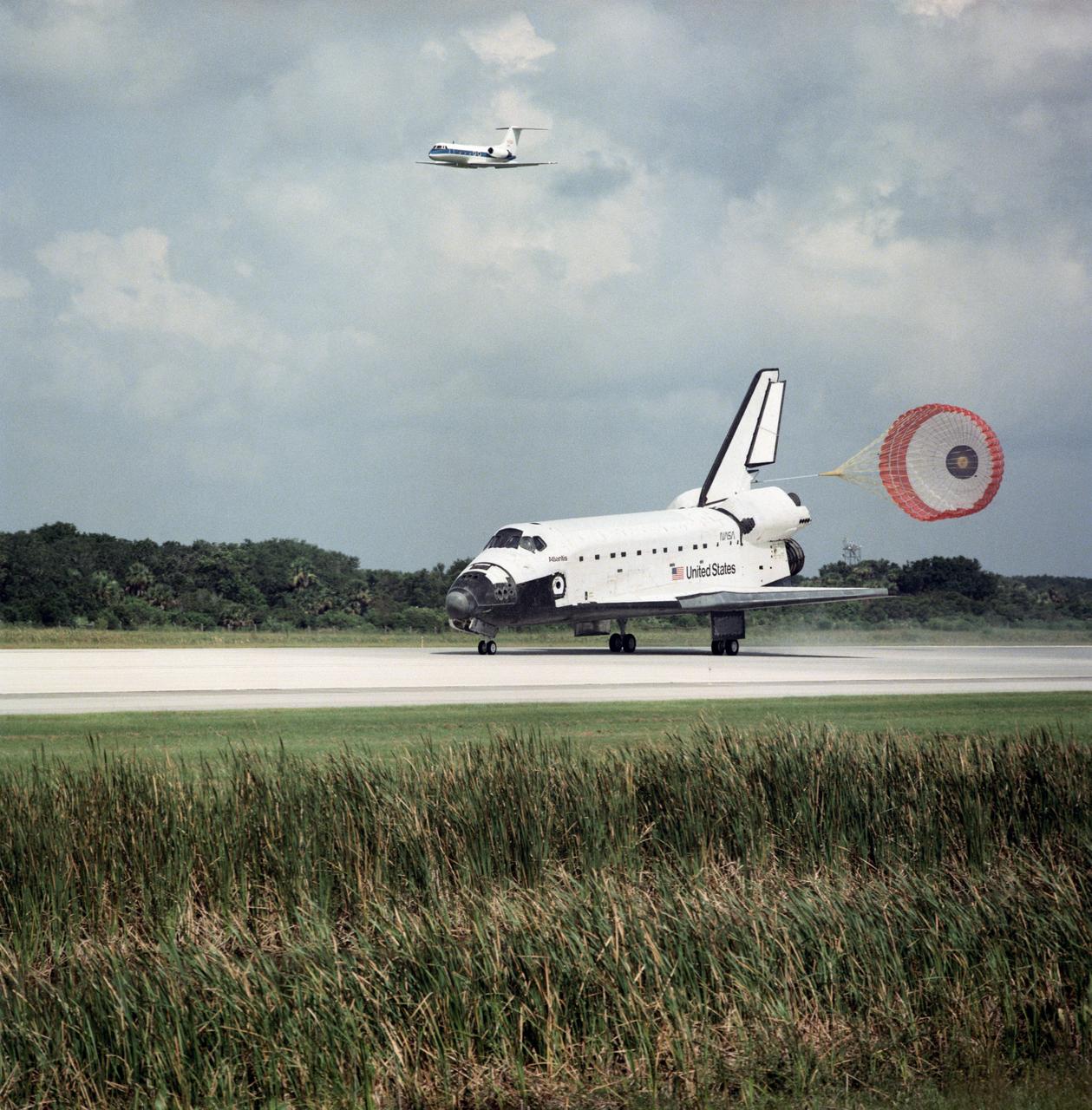 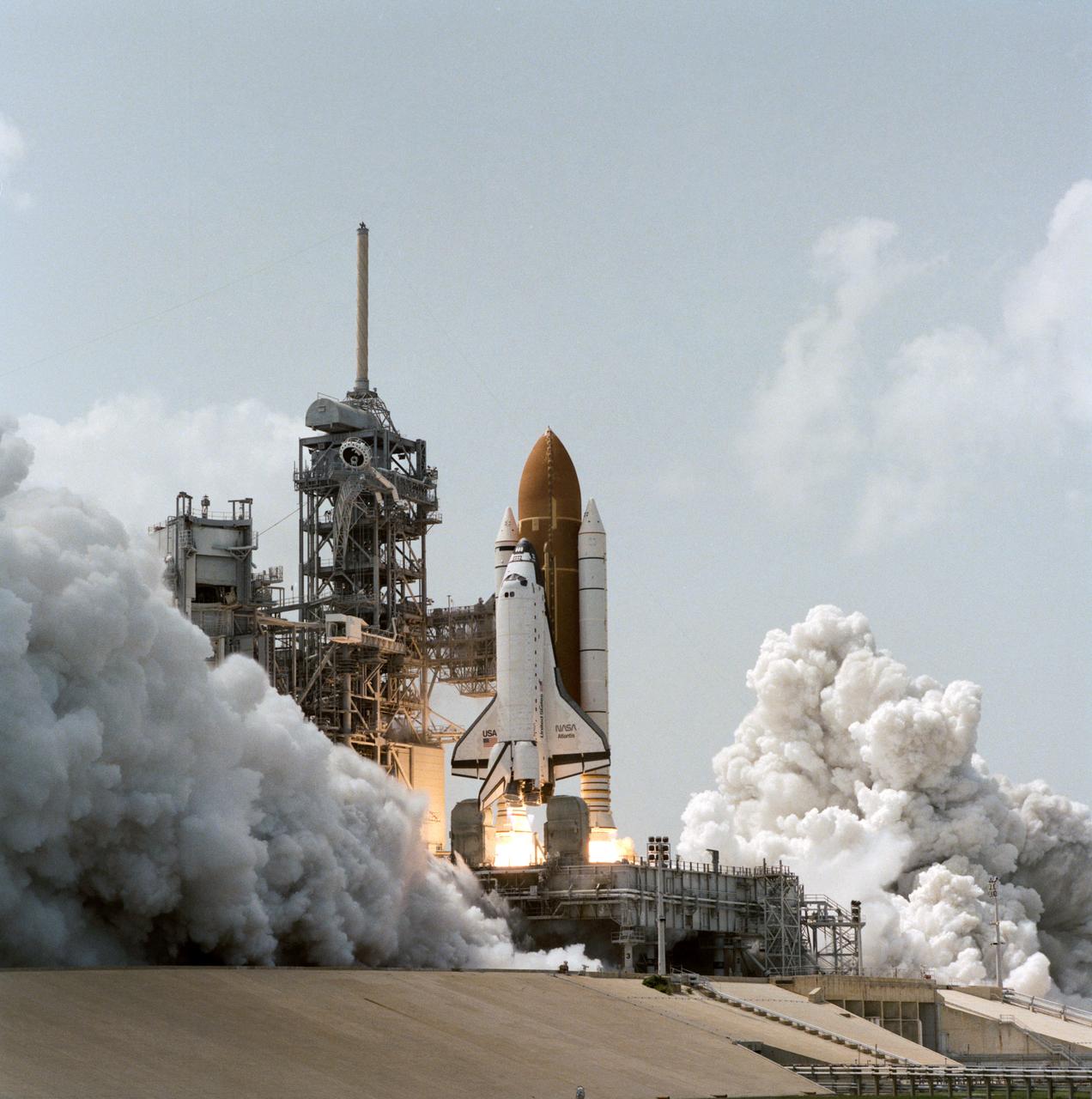 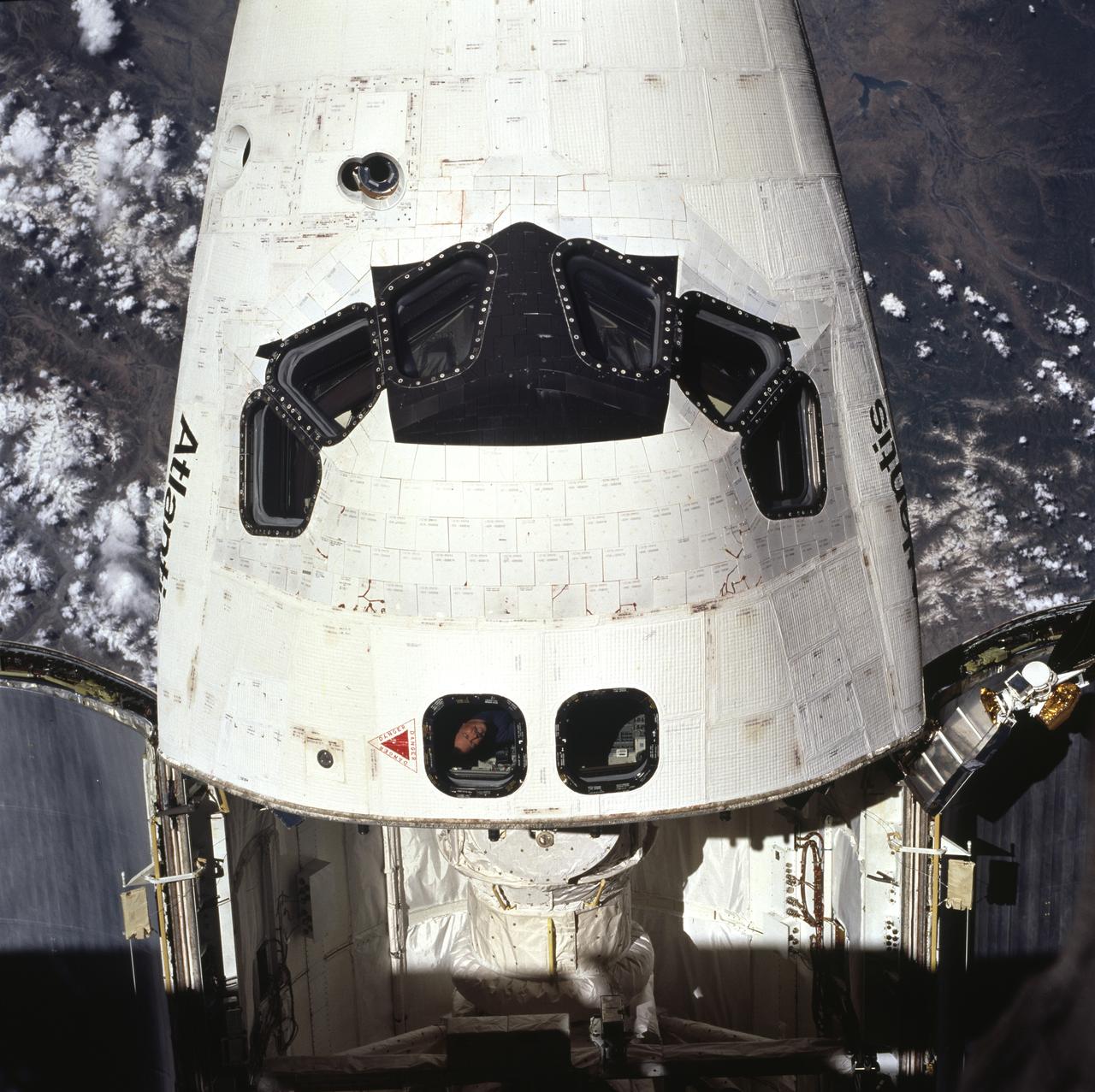 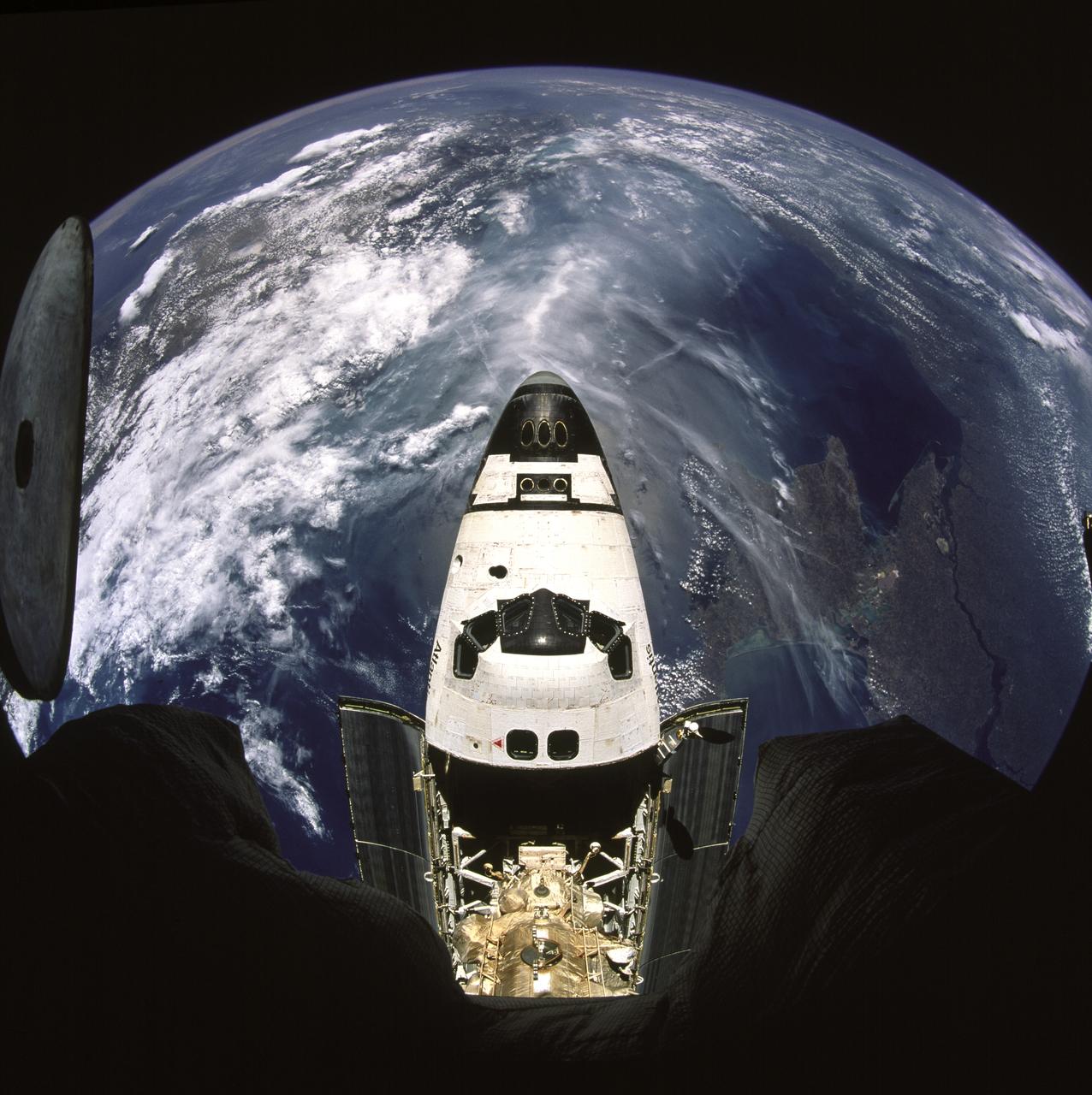 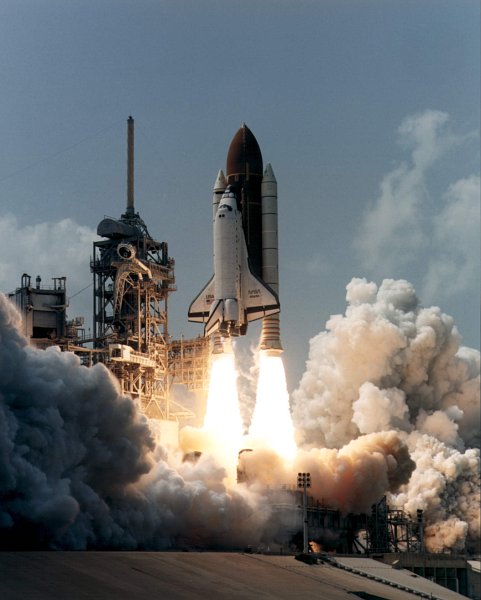 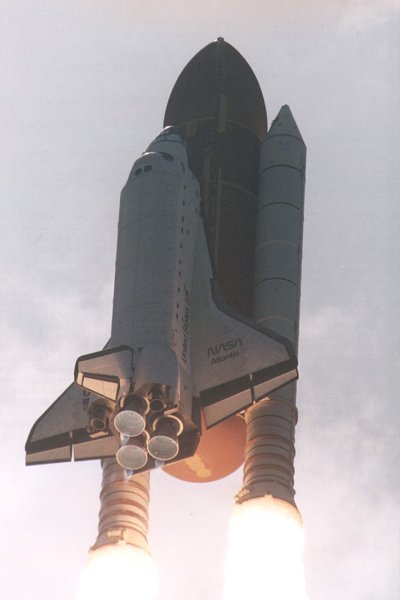 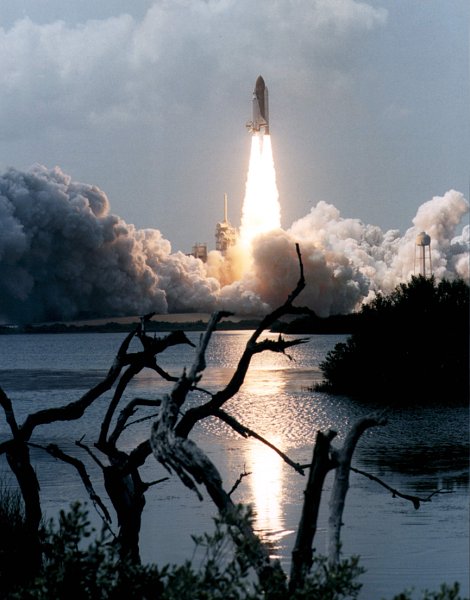 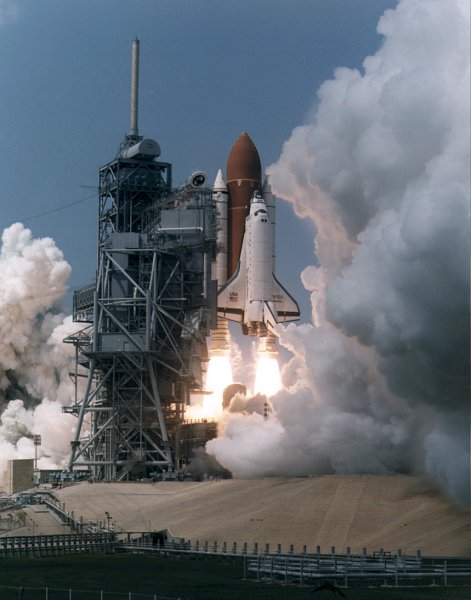 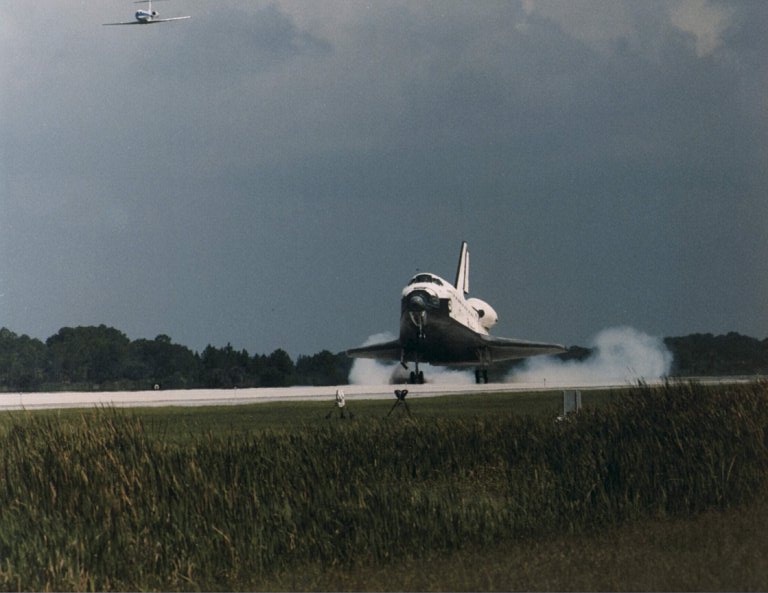 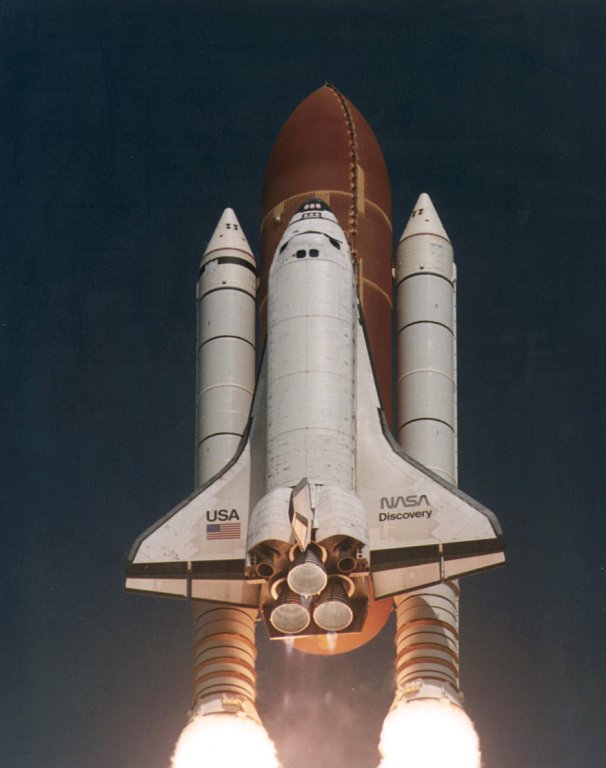 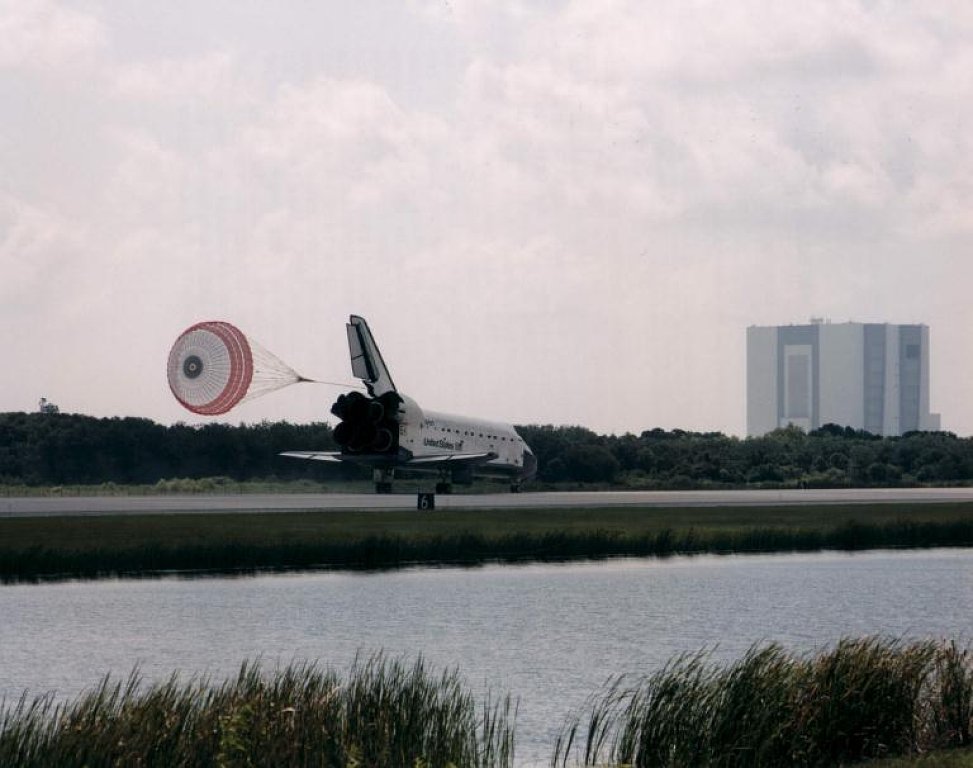 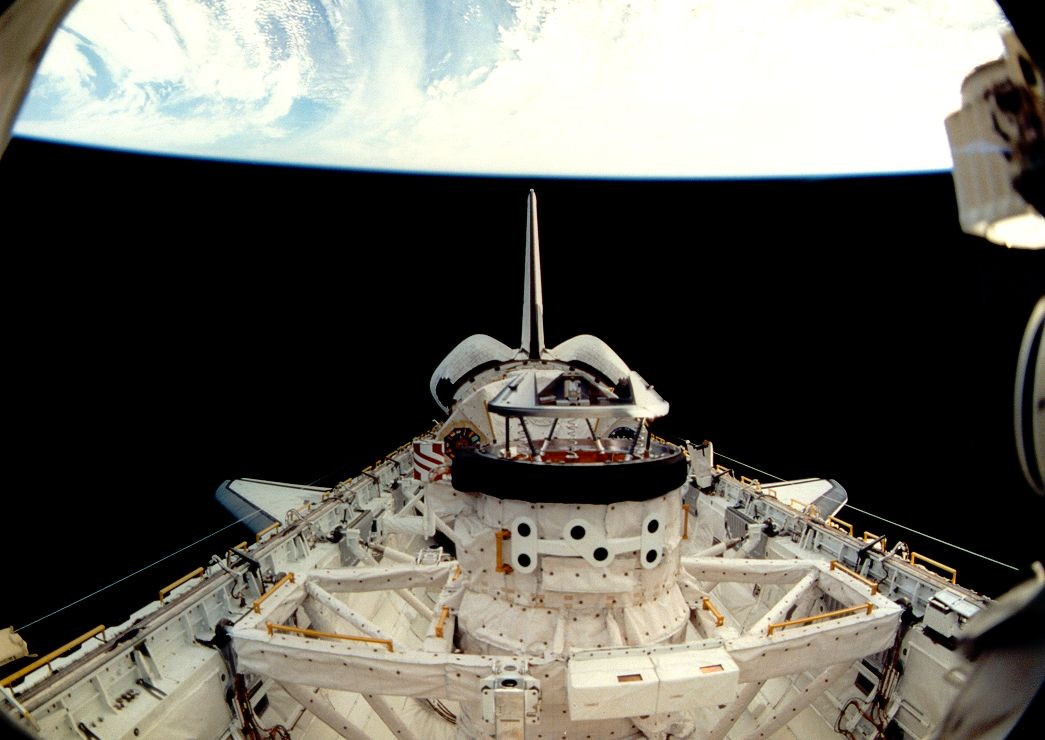