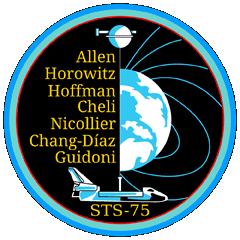 During ascent, the crew reported that the left main engine chamber pressure tape meter was reading only 40% thrust instead of 104% prior to main engine throttle-down.

If the actual thrust had been 40%, NASA managers could have ordered an emergency abort landing.

However, mission controllers in Houston reported that their telemetry indicated nominal main engine performance. With an apparent failure of an indicator only, Columbia reached orbit flawlessly.

The TSS satellite, flown for the second time, had been unsuccessfully deployed during STS-46 in June, 1992 due to a jammed tether. TSS deployment during STS-75 was delayed one day to allow troubleshooting of onboard TSS computers.

The satellite, attached to Columbia by a reeled tether, was designed primarily to collect electricity from the earth’s ionosphere. A total of 12 investigations were incorporated into the spacecraft.

TSS was unreeled to a distance just short of the planned 12.8 miles from Columbia when the tether snapped unexpectedly. The satellite sped away from Columbia, followed by its long tether. There was never any danger to the crew.

NASA decided not to attempt a retrieval of TSS, due to the unpredictable nature of a free-floating 12.8 mile-long tether which might damage the Shuttle. However, despite the tether break, TSS yielded valuable data.

While still tethered to Columbia, TSS generated electric voltages as high as 3,500 volts – nearly three times more than anticipated. A study was also made concerning the interaction of TSS thrusters and the ionosphere, and observation was made of an ionized shock wave that was created around TSS as it moved.

First-time data was also obtained concerning the plasma wakes created by an object as it moves through the ionosphere. After the tether break, TSS was still able to provide limited data via radio transmission prior to burning up as it re-entered the earth’s atmosphere.

The fourth USMP-3 experiment was Materials for the Study of Interesting Phenomena of Solidification on Earth and in Orbit (MEPHISTO) to study how metals solidify in microgravity using a furnace. 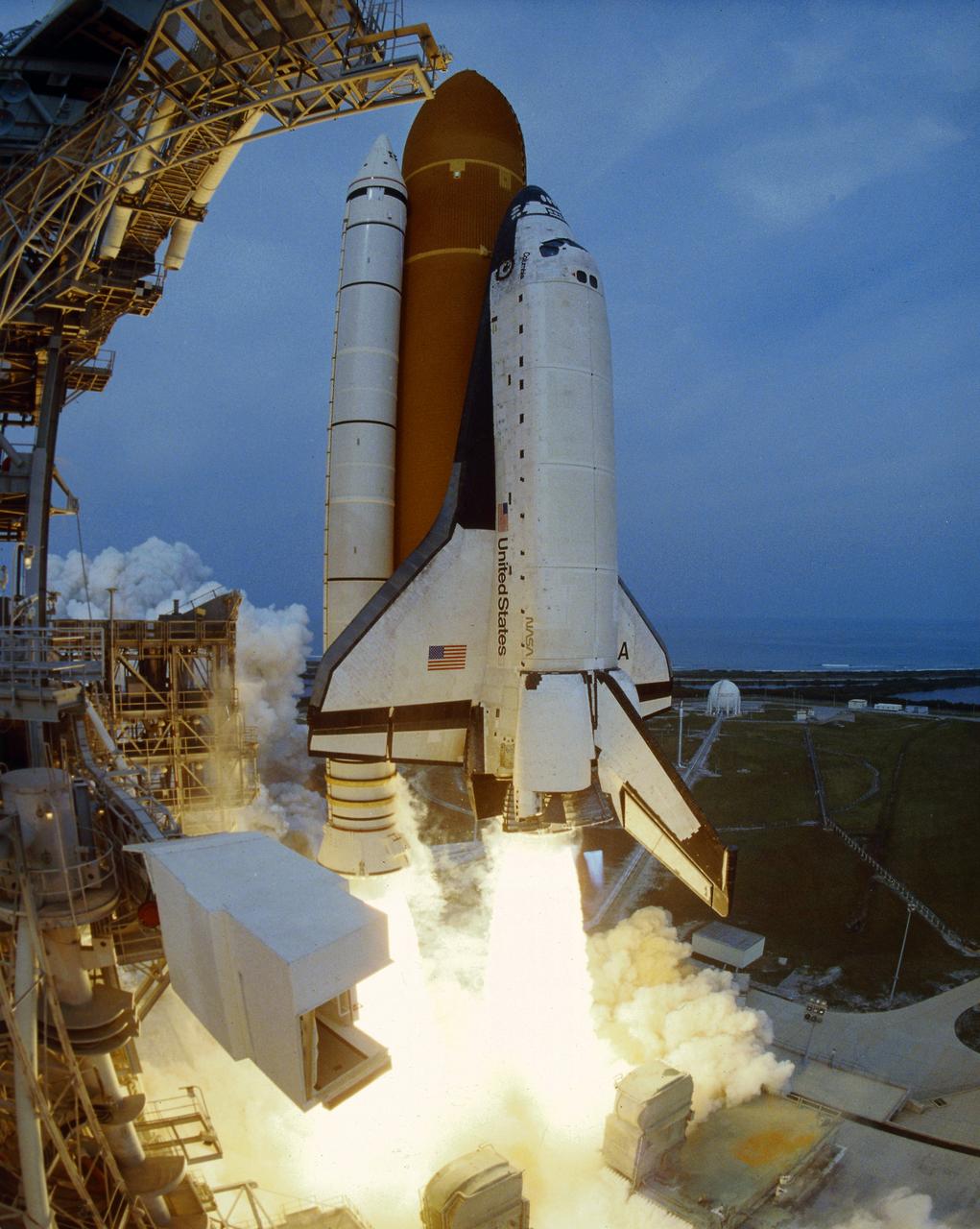 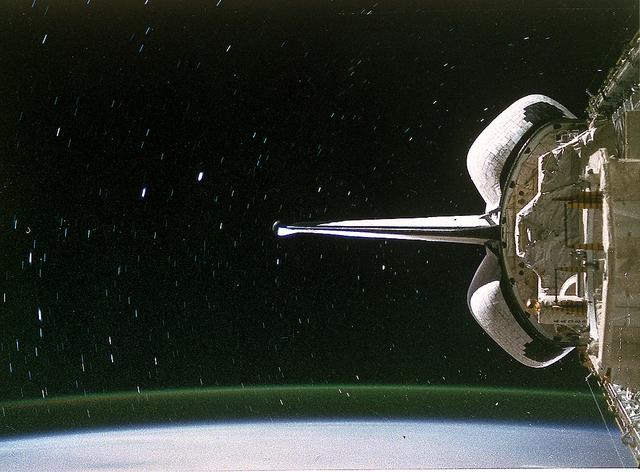 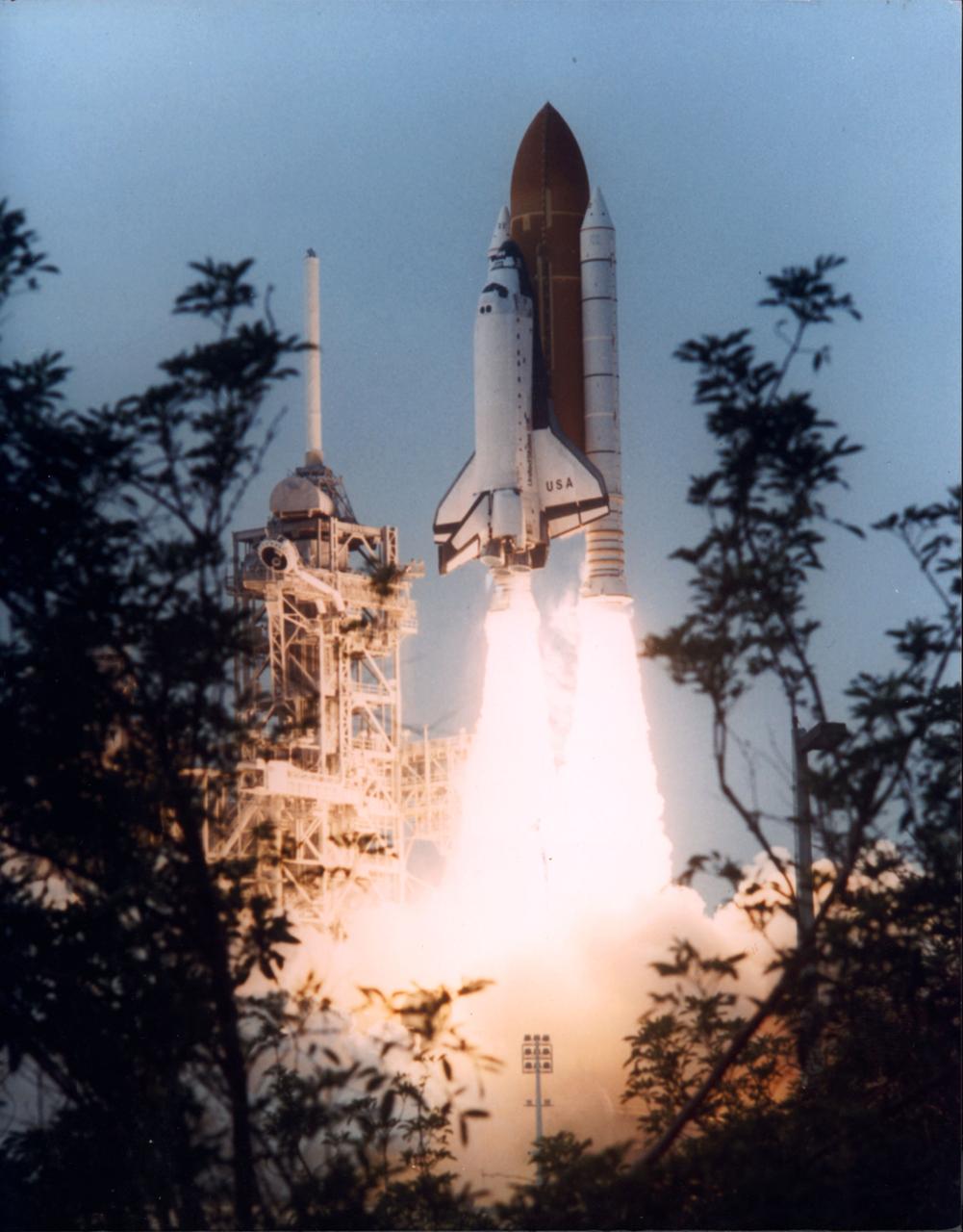 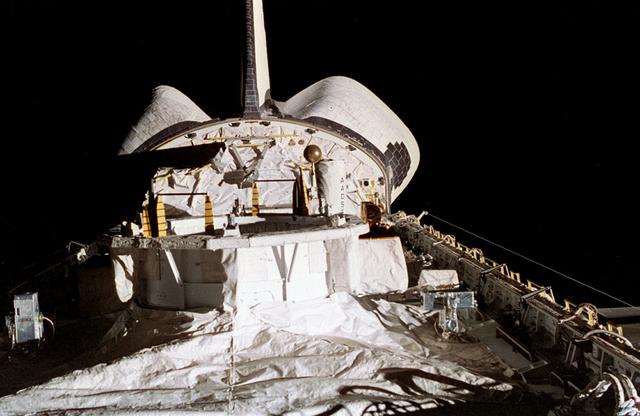