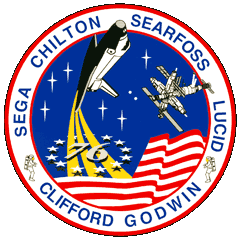 March 22 launch occurred as scheduled with no delays. During ascent, a leak occurred in the hydraulic system powered by Auxiliary Power Unit Number Three. The leak had no adverse impact on the mission.

After the March 30 landing cancellation, the crew received an indication that payload bay centerline latches 9 through 12 on both sides failed to release, suggesting that the latches had not worked properly when an attempt was made to open the payload bay doors.

Visual checks indicated that the latches were working properly, and the crew used a manual mode to complete the opening of the doors.

During pre-landing operations, a total of 38 Reaction Control System (RCS) thrusters failed and were replaced by back-up thrusters.

The mission marked the third docking of a Space Shuttle with the Russian Space Station Mir. Astronaut Shannon Lucid was transferred to Mir and became the first American woman to live on the space station.

Lucid’s stay aboard Mir began a planned two-year continuous American presence in space, the longest such stay in the history of the U.S. space program. With a planned U.S. existing record-breaking stay in space of four and one-half months, Lucid was scheduled to be relieved aboard Mir by astronaut John Blaha during STS-79.

On March 27, 1996 astronauts Godwin and Clifford performed a spacewalk around the two mated space vehicles. During the 6 hour, 2 minute spacewalk, the astronauts attached four Mir Environmental Effects Payload (MEEP) experiments to Mir’s docking module and tested hardware to be used in space station assembly missions. This was the sole spacewalk of the mission.

Godwin and Clifford employed the Simplified Aid For EVA Rescue (SAFER) propulsive devices which were successfully flight-tested during STS-64.

Payloads aboard Atlantis included the Shuttle Amateur Radio Experiment (SAREX), a KidSat project experiment to encourage student participation in space exploration and the Trapped Ions in Space (TRIS) experiment flown for the Naval Research Laboratory in a GAS canister.

For the first time, a U.S. spacecraft returned to Earth with fewer occupants than when it departed. 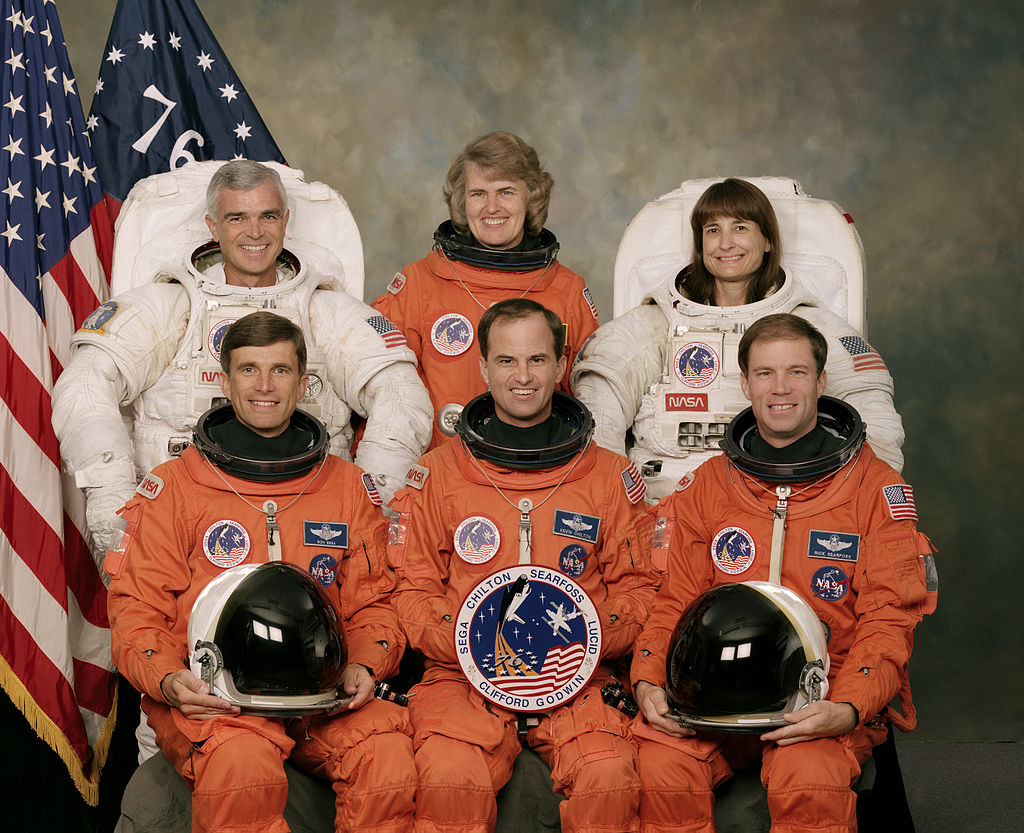 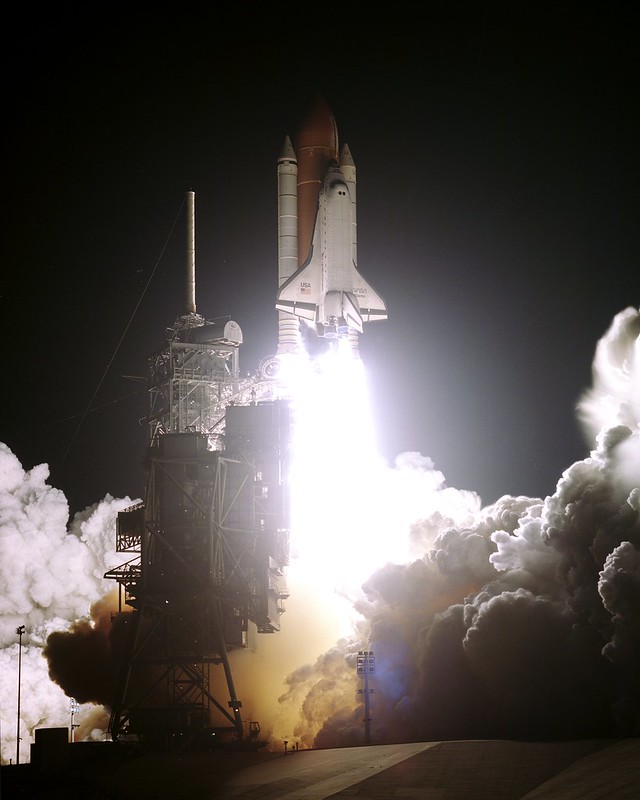 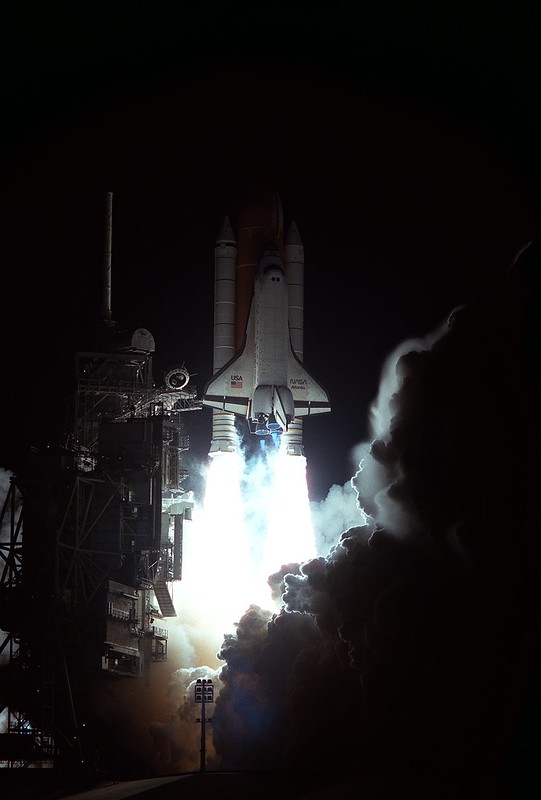 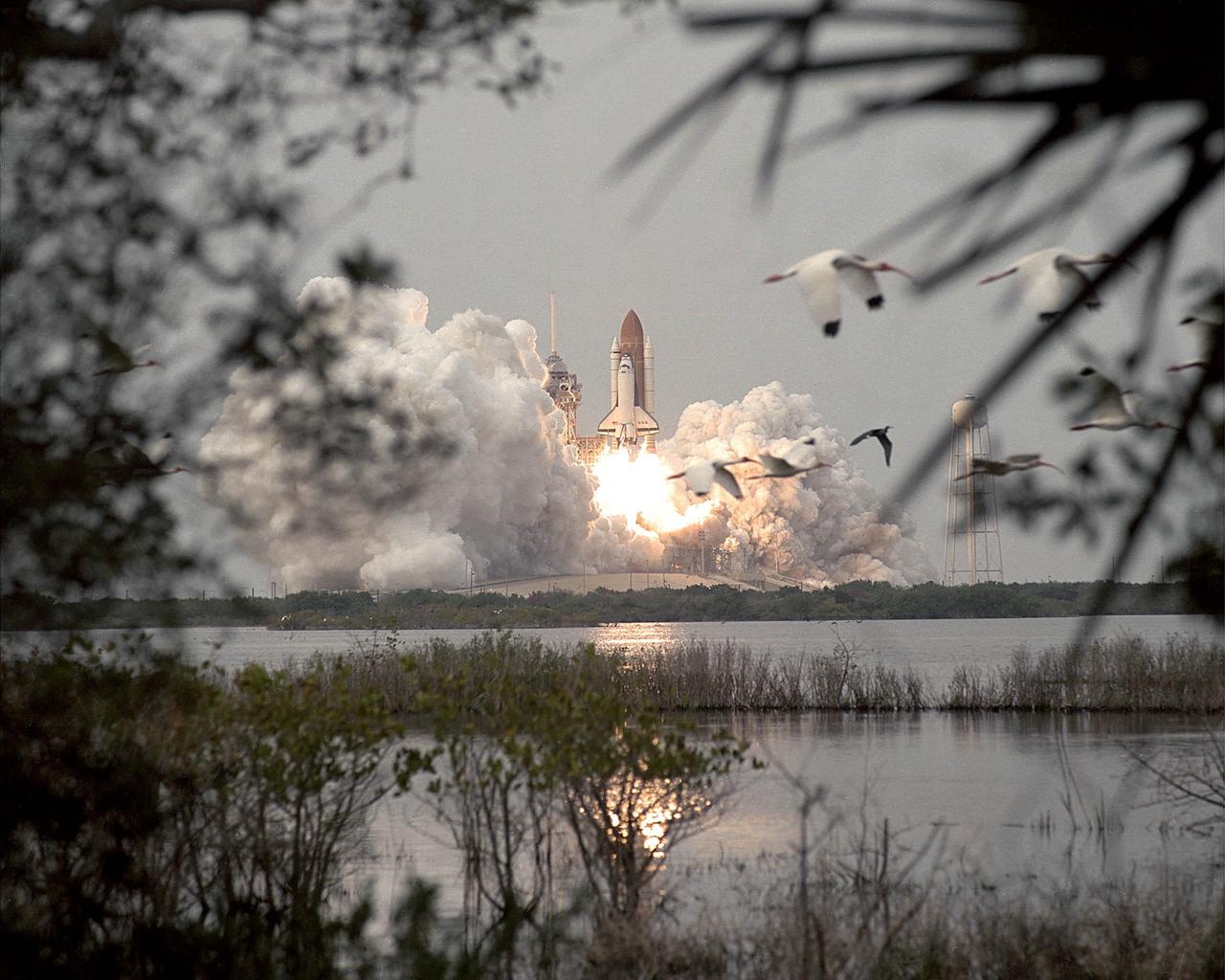 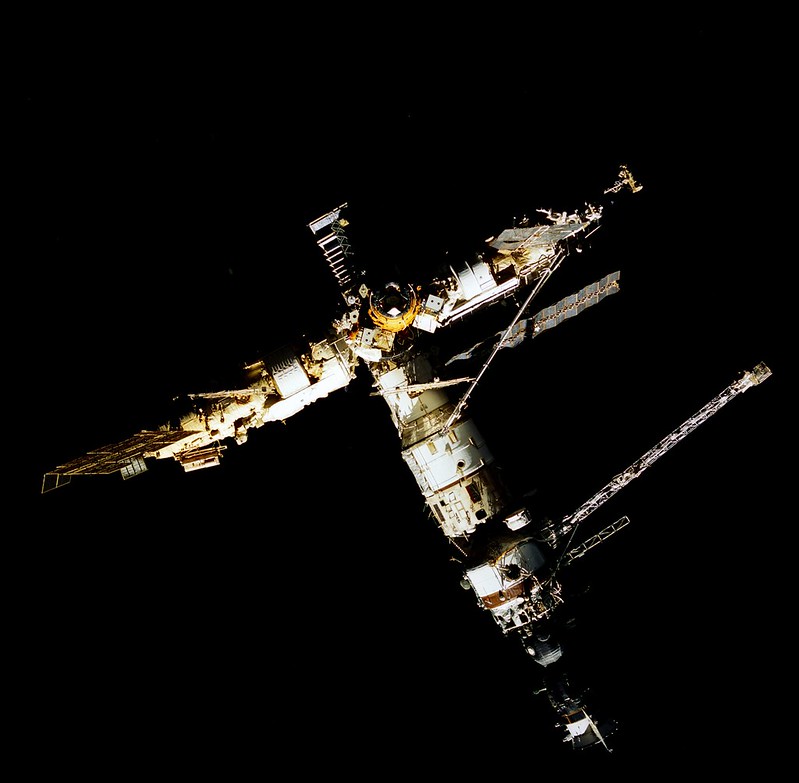 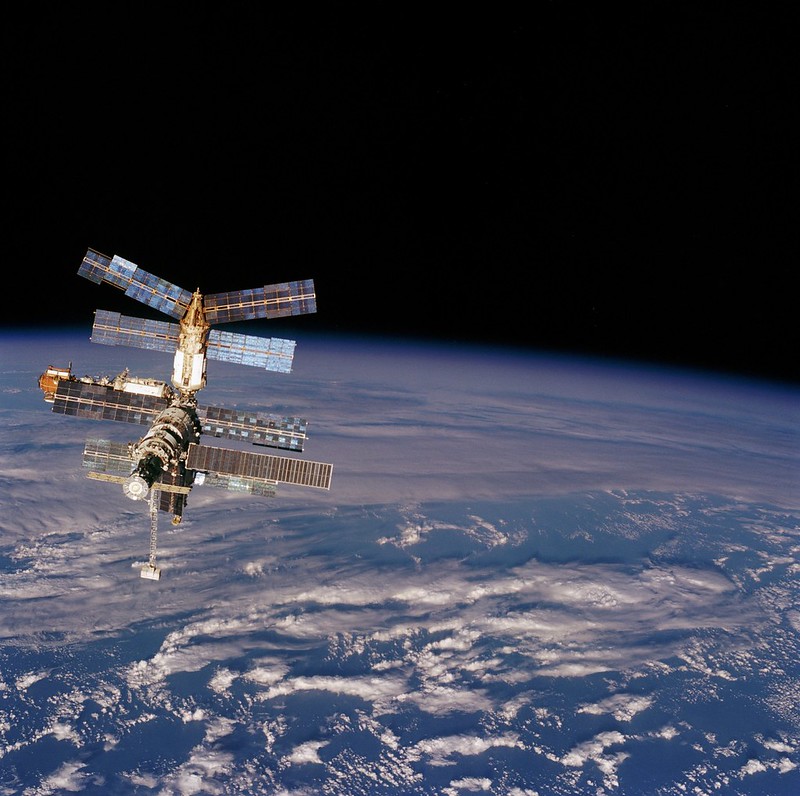 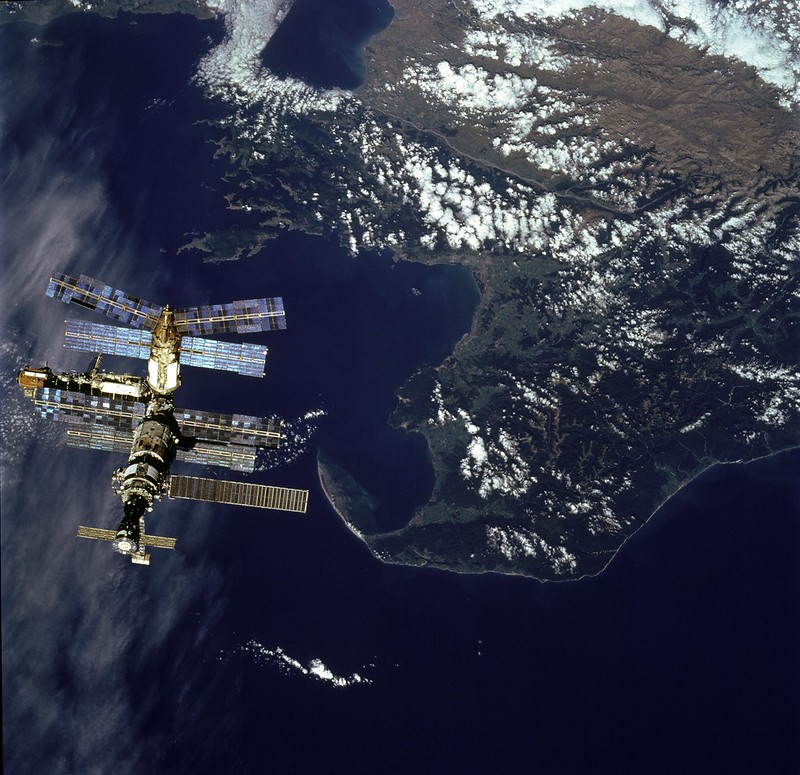 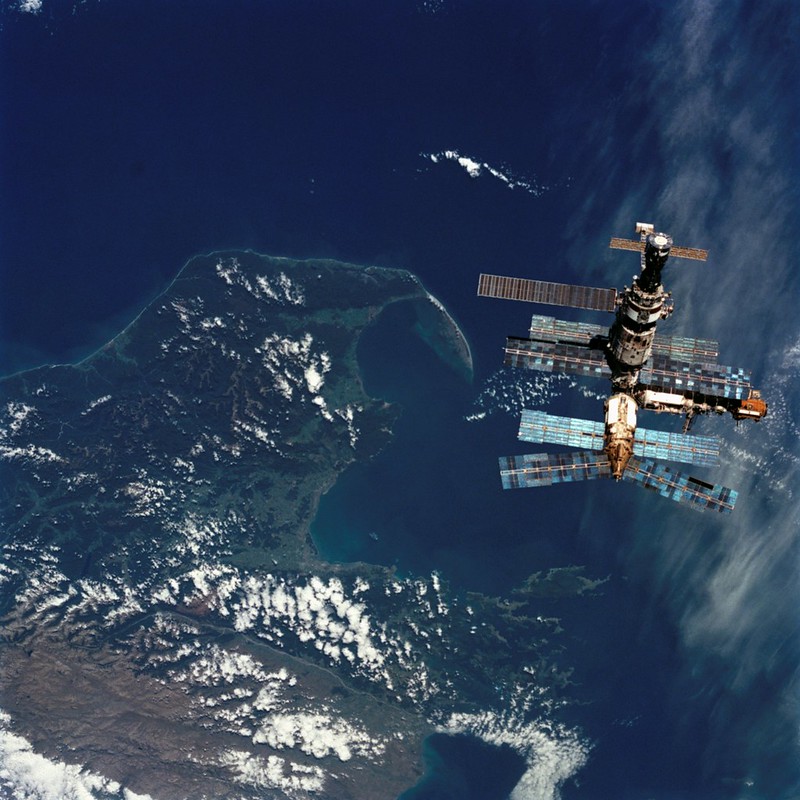 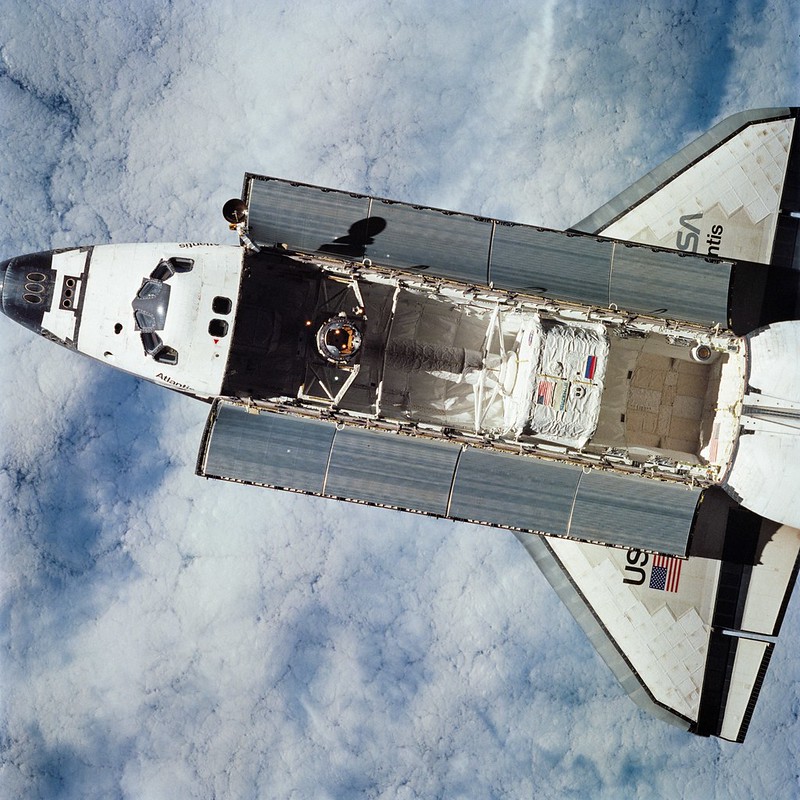 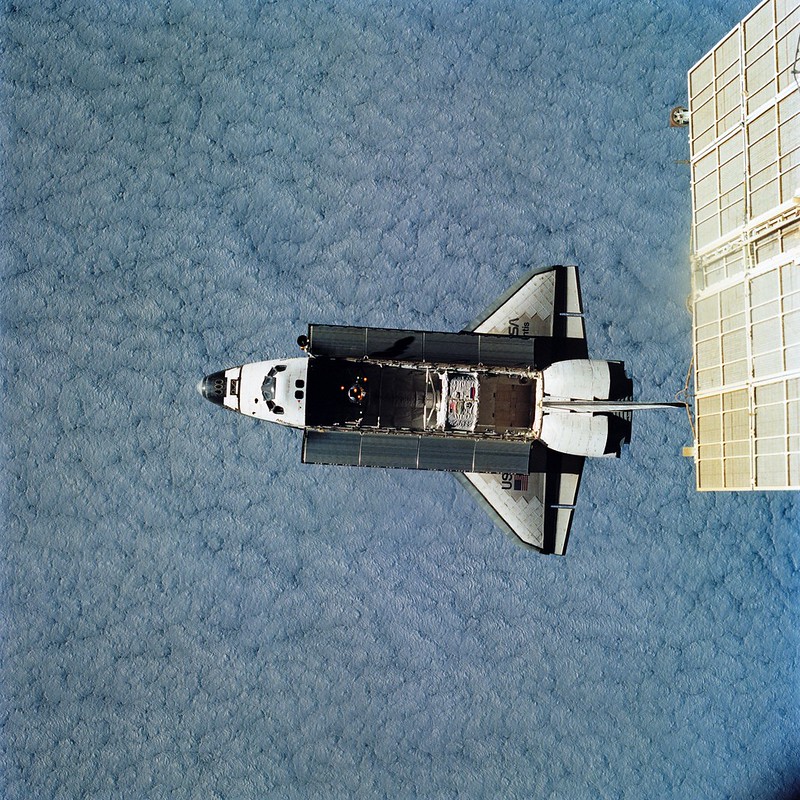 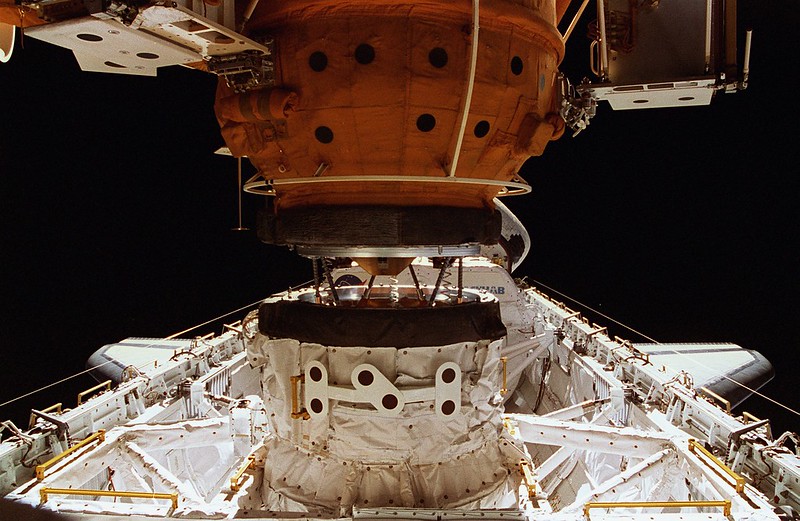 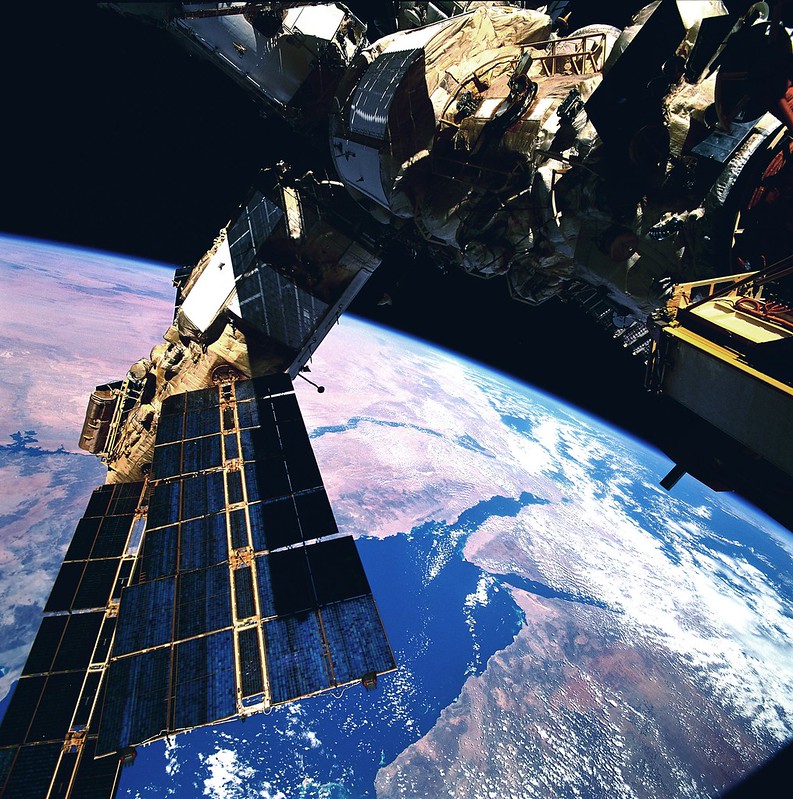 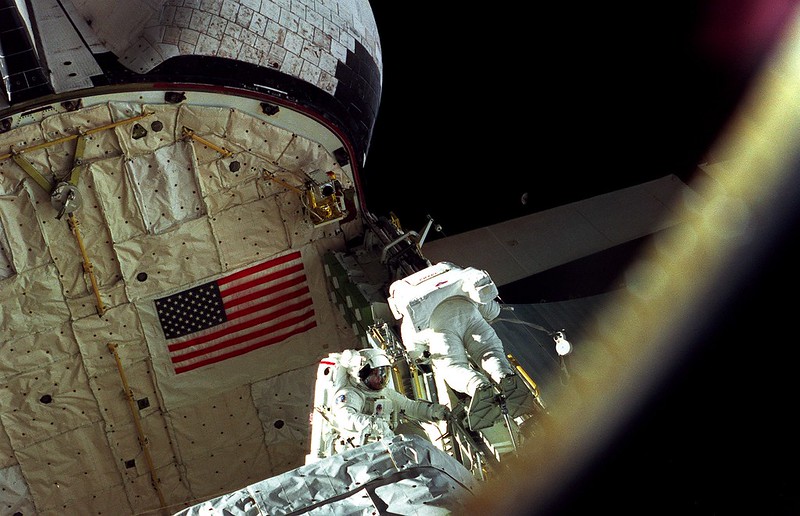 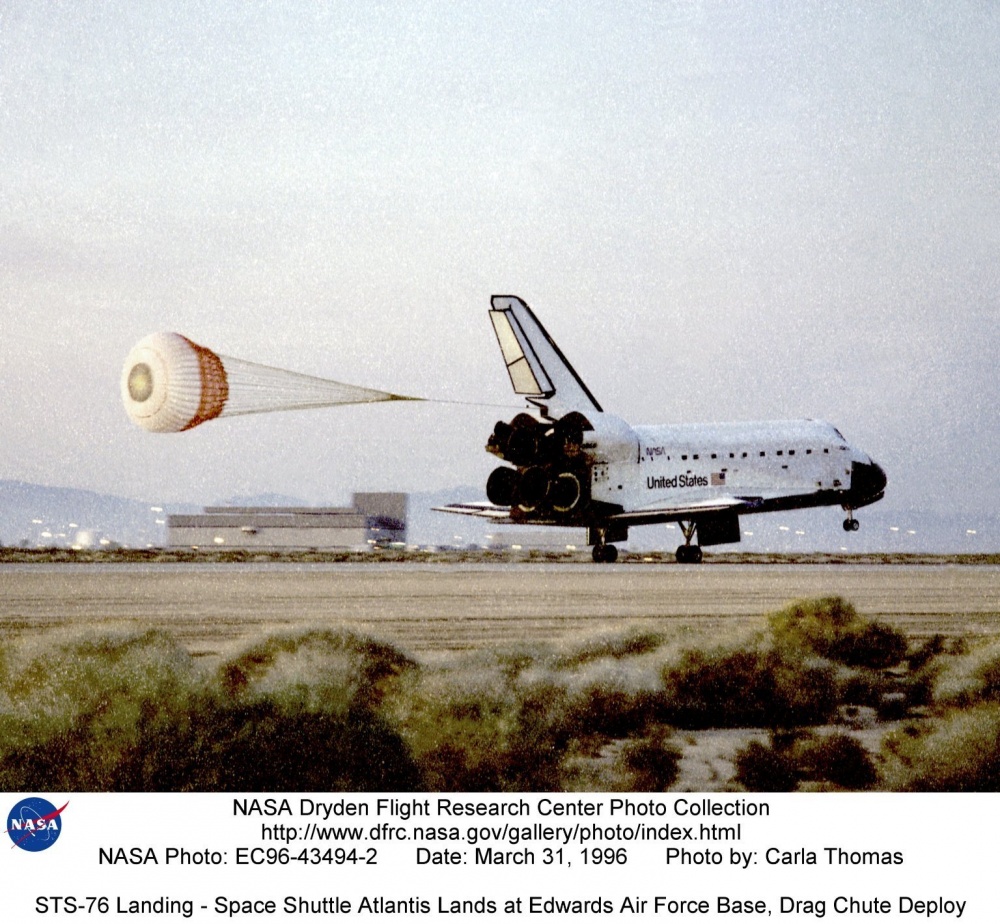 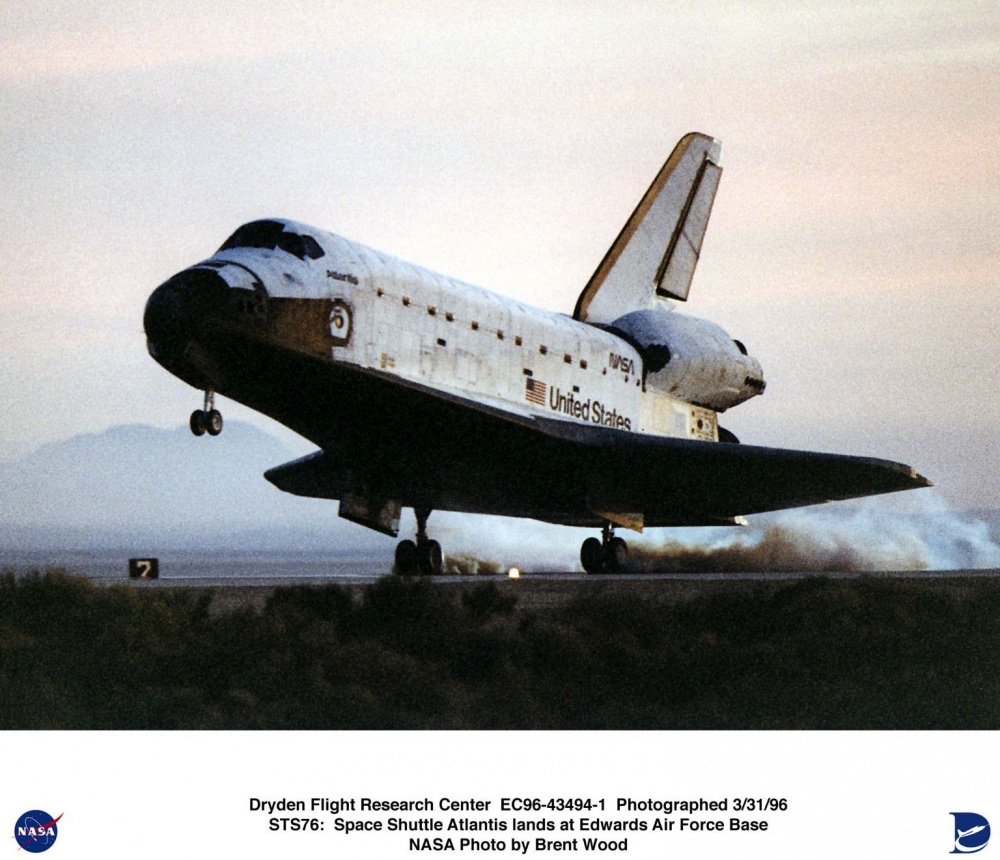