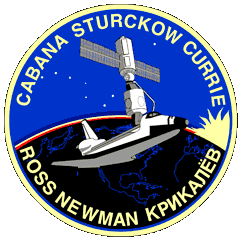 December 4, 1998 – 3:35:34 a.m. EST. Launch was originally scheduled for December 3, 1998 during a 10-minute launch window. A last-minute go-ahead was given to proceed with the countdown when isolated clouds moved out of the launch area.

However, when Endeavour’s hydraulics system was activated at about T-minus 4 minutes, a master alarm appeared on the flight deck. The countdown was held several minutes. Engineers determined that the hydraulic pressure in Hydraulic System Number One had momentarily dropped far enough to cause the alarm, but that the hydraulic pressure had returned to normal and had stabilized.

A decision was given to proceed with the countdown. However, the countdown clock was stopped automatically at T-minus 19 seconds because the launch window had expired. Launch on December 4 occurred as scheduled with no delays.

STS-88 marked an important milestone for NASA and the Space Shuttle program. This was the first Space Shuttle mission dedicated to assembly of the International Space Station (ISS).

Zarya, which was built in Russia but financed by NASA, was launched from Russia on November 20, 1998. Zarya is essentially the engineering backbone of ISS, providing electrical power, steering control and other vital functions. Unity was designed to be the main passageway for crews living aboard ISS as well as the main connecting block to other elements of ISS.

Endeavour completed a rendezvous with the orbiting Zarya module just two days after launch. After the Zarya module was successfully grappled and stabilized by Endeavour’s robot arm, astronaut Currie used the robot arm to guide a docking adapter on Zarya to within inches of a corresponding docking adapter on Unity, which itself remained fastened to Endeavour’s payload bay.

After this maneuver was completed, a gentle firing of Endeavour’s on-board thrusters was performed, and the two ISS modules were forced together. The mating of Zarya to Unity was completed at 9:06 p.m. EST on December 6, 1998 resulting in the official birth of ISS.

The crew immediately began checking Zarya and Unity systems to prepare them for an actual boarding of ISS, planned for later in the mission. This included checks of all systems, and making sure air pressure within the modules was properly and safely equalized.

Astronauts Ross and Newman conducted the first of three spacewalks of the mission on December 7, 1998. This spacewalk lasted 7 hours, 21 minutes. The astronauts attached electrical and data cables between Unity and Zarya, which provided Unity with power and communications capabilities. They also removed thermal covers from computers located on the exterior of Unity.

In addition, the astronauts prepared the payload bay of Endeavour for the remaining spacewalks, and made a visual inspection of the exterior of both modules. An analysis was made on whether or not two back-up automatic docking control antennas which failed to deploy from Zarya after it was launched could be repaired during the remaining spacewalks.

During the course of the first spacewalk, astronaut Ross broke the record for total spacewalking duration by a U.S. astronaut. The previous record, held by astronaut Tom Akers, was 29 hours, 41 minutes.

Astronauts Ross and Newman conducted the second of three spacewalks of the mission on December 9, 1998. This spacewalk lasted 7 hours, 2 minutes. The astronauts installed hand rails and other equipment to the ISS exterior that would aid in upcoming ISS assembly missions, as well as made other adjustments to the ISS exterior.

The astronauts also installed communications antennas to the exterior of Unity, and installed thermal insulation covers over four trunions used to attach Unity to the payload bay of Endeavour. One of the four covers accidentally broke off after it was installed and floated off into space. A sunshade for the computers located on the exterior of Unity was successfully installed.

During the second spacewalk, the astronauts were able to repair one of the two Zarya antennas that had failed to deploy properly after Zarya was launched.

After several days of checking and double-checking to make certain all systems were ready, the crew prepared to enter the International Space Station. After proceeding through Pressurized Mating Adapter Number Two, the adapter connecting Endeavour with the Unity module, astronaut Cabana performed an historic task.

Cabana opened the entry hatch to Unity, officially referred to as the Node-1 Forward Hatch, at 2:54 p.m. EST on December 10, 1998. Just seconds after it was opened, Cabana and cosmonaut Krikalev floated side by side into the interior of Unity, marking the first entry of astronauts into the International Space Station and signaling a new era of international cooperation in space.

Systems inside ISS were immediately activated, including lighting. A total of six hatches were opened before the air pressure within ISS was completely equalized, thus giving the crew complete access to all areas within the ISS.

Within minutes after all the hatches were opened and air pressure equalization was confirmed, the crew began transferring equipment from Endeavour to ISS, and began testing equipment already installed aboard ISS to make sure it was functioning properly. A power converter aboard Zarya was found to be defective and was replaced with a spare.

In addition, the crew stowed supplies and equipment that would be used by crews scheduled to visit ISS in the future, including clothing, supplies, equipment and gifts selected by the crew for crew members of future missions. The specific nature of these gifts was kept secret at the request of the crew.

After several interior hatches were closed and the atmospheric pressure within ISS brought to proper levels, the Node-1 Forward Hatch was closed at 7:26 p.m. EST on December 11, 1998. This resulted in a total ISS stay of 28 hours, 32 minutes for the first crew to board it.

Astronauts Ross and Newman performed the third and final spacewalk of the mission on December 12, 1998. This spacewalk lasted 6 hours, 59 minutes. The astronauts installed tools to the exterior of ISS that would be used during future spacewalks.

The astronauts were also able to repair the second of two antennas that had failed to deploy properly from Zarya after it was launched. The first of the two antennas had been repaired during the second spacewalk of the mission.

Finally, the astronauts were able to perform limited tests of the Simplified Aid for Extravehicular Activity Rescue (SAFER) jet backpacks worn by the astronauts as a form of lifejacket to be used should an astronaut drift away from the safety of the Space Shuttle.

It was found that the SAFER units worn by the astronauts burned fuel more quickly than expected and caused some unexpected motion. Overall, the SAFER tests were deemed successful.

Endeavour undocked from ISS at 3:25 p.m. EST on December 13, 1998. Endeavour was then backed away from ISS, and flew around the space station one and a half times at a distance of 450 feet to allow the crew to make a visual and photographic survey. 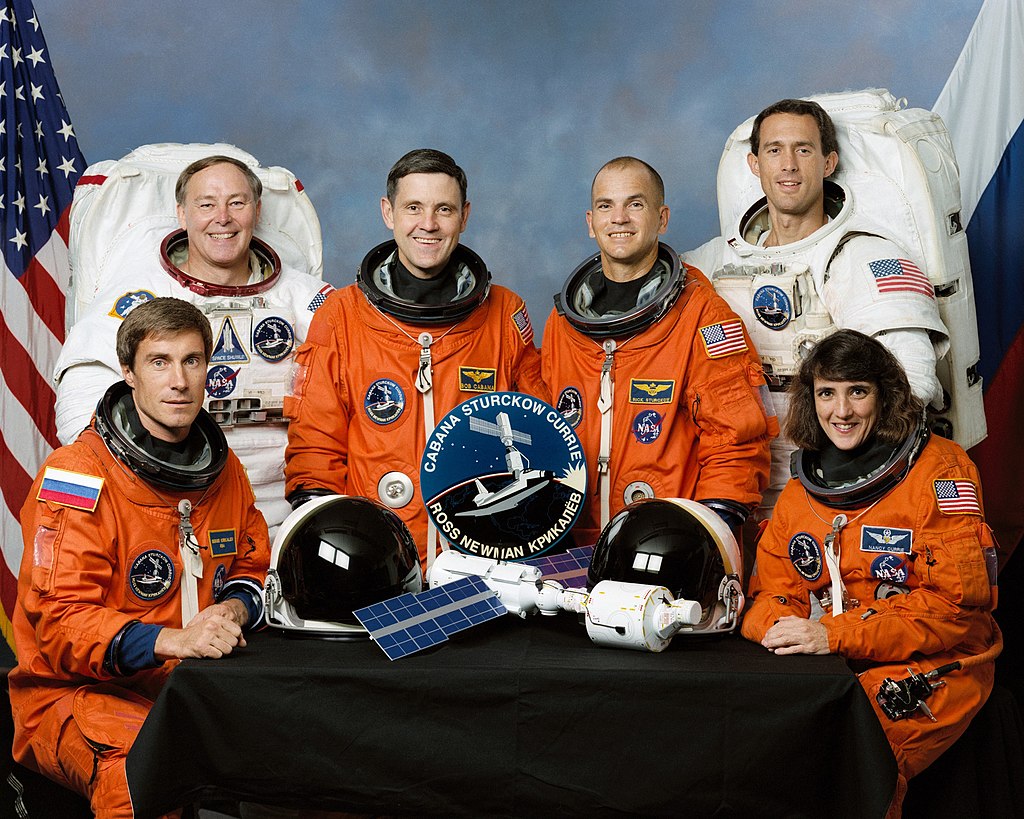 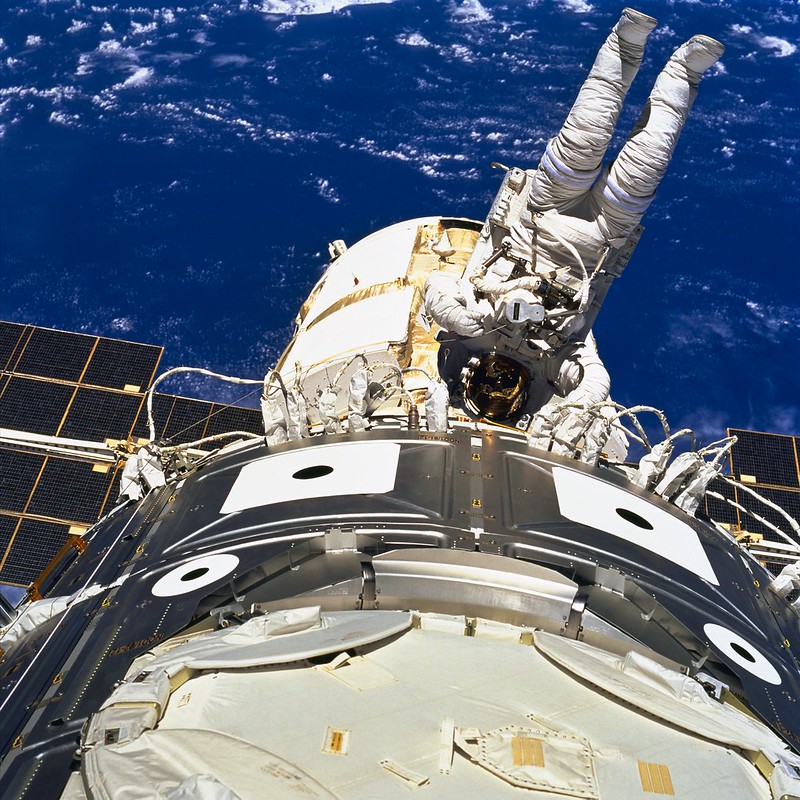 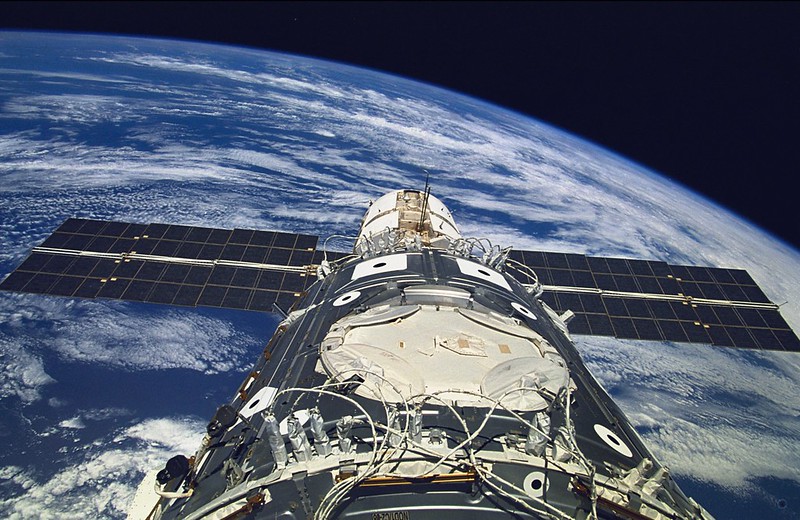 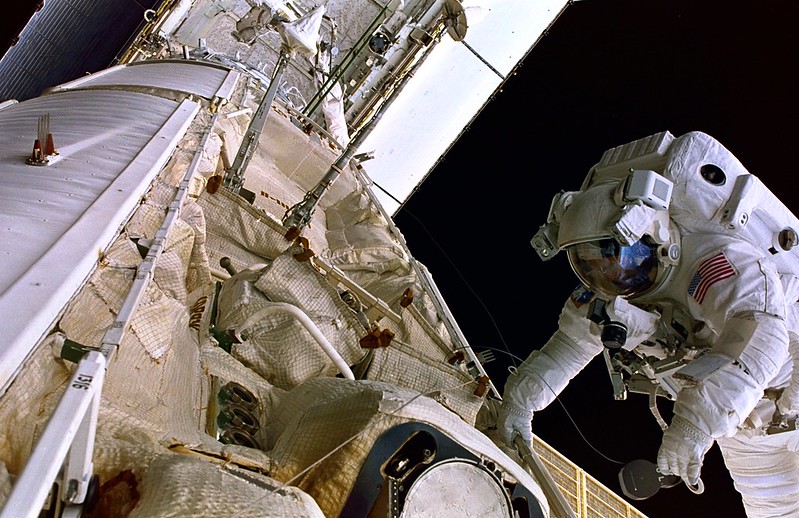 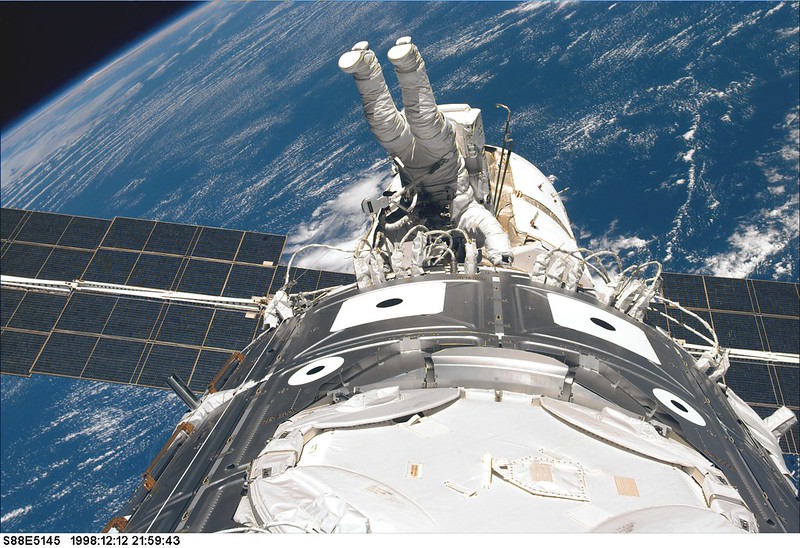